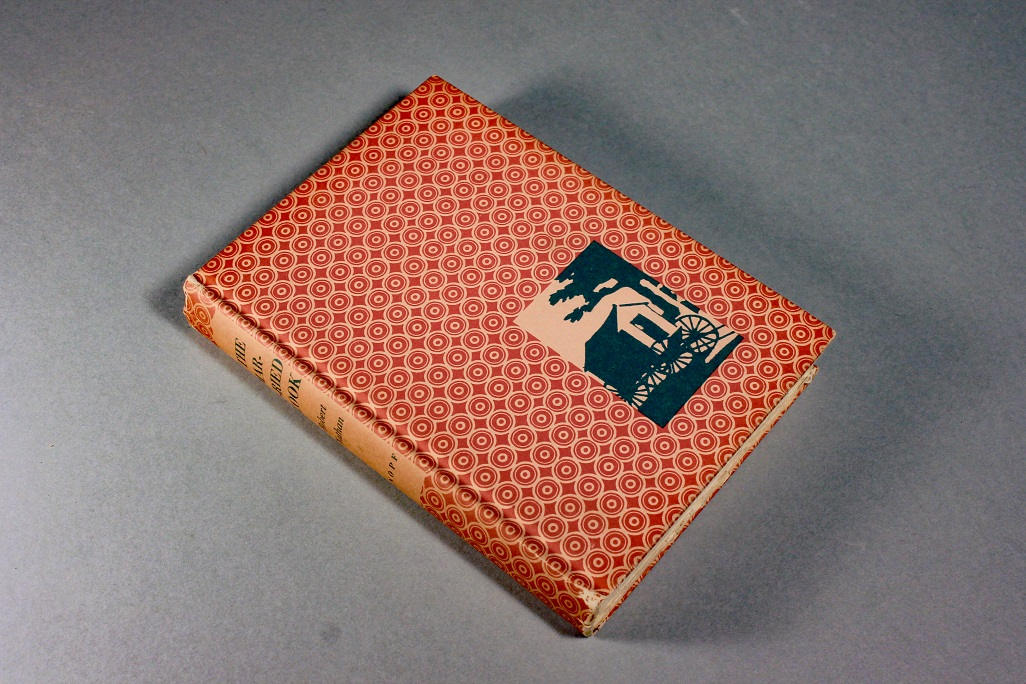 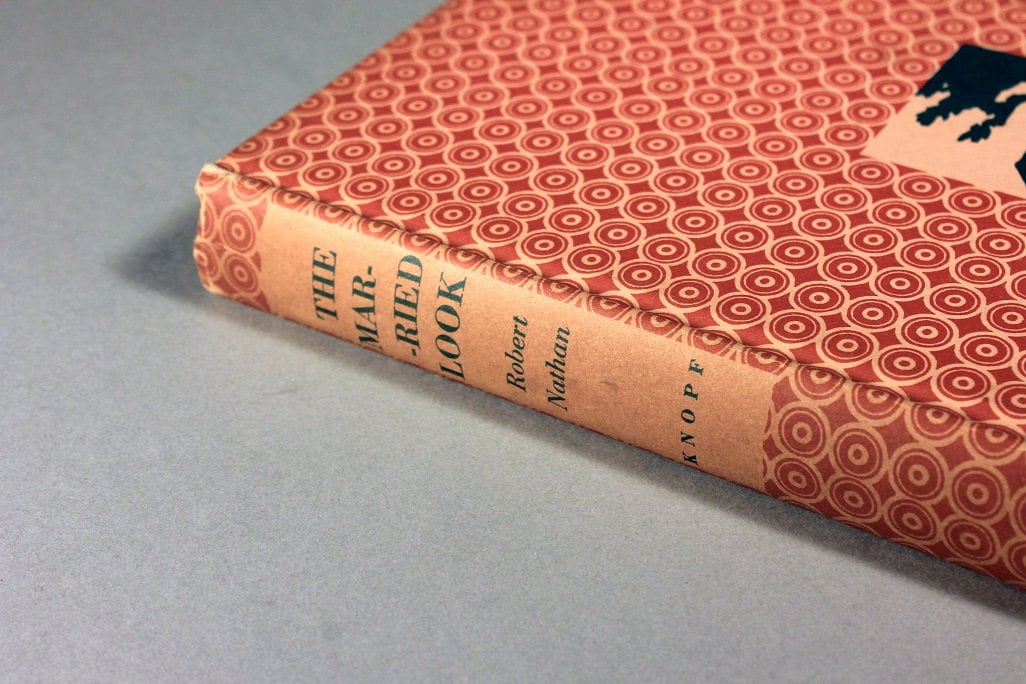 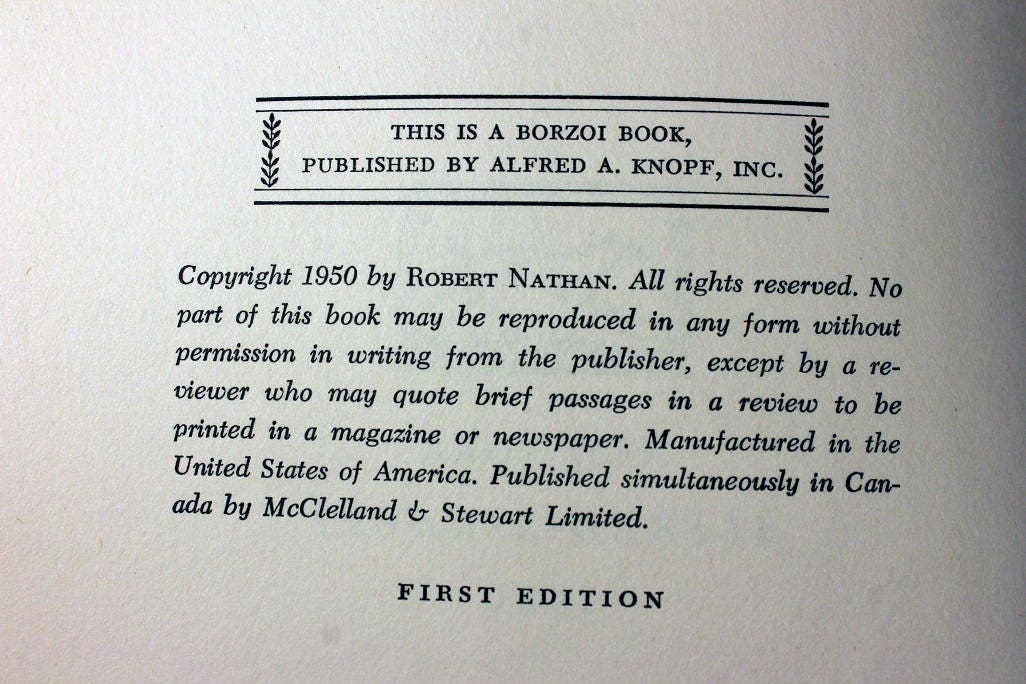 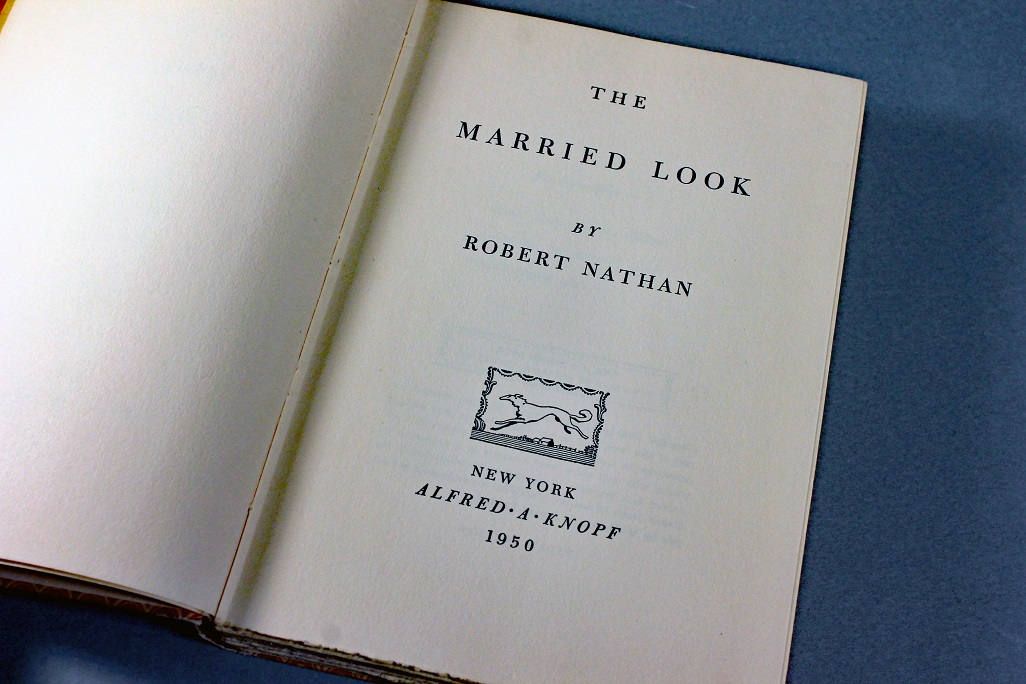 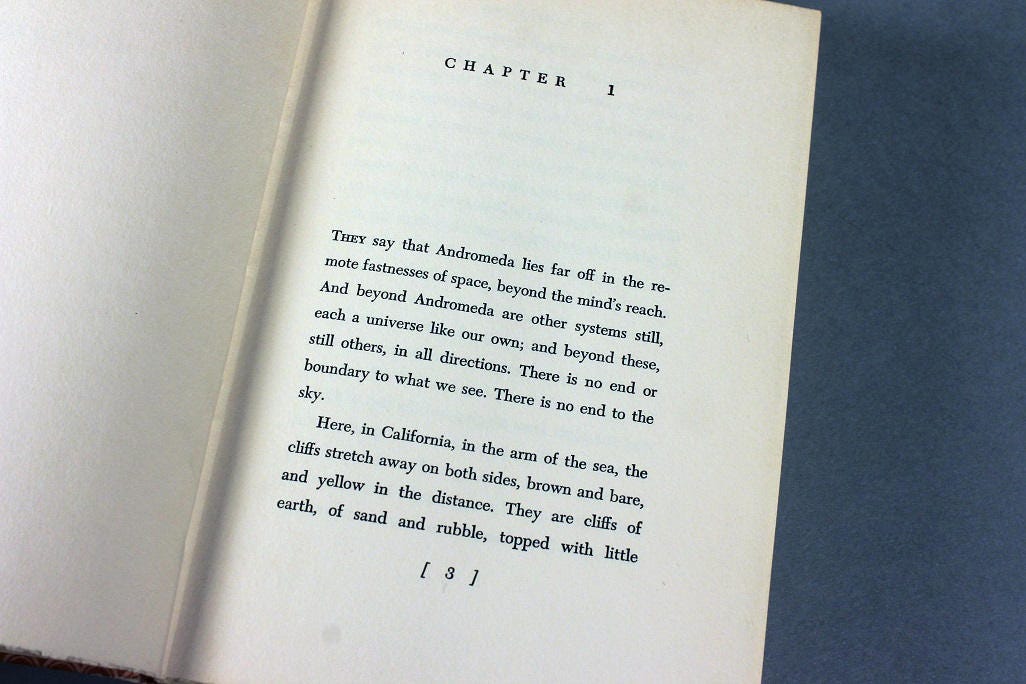 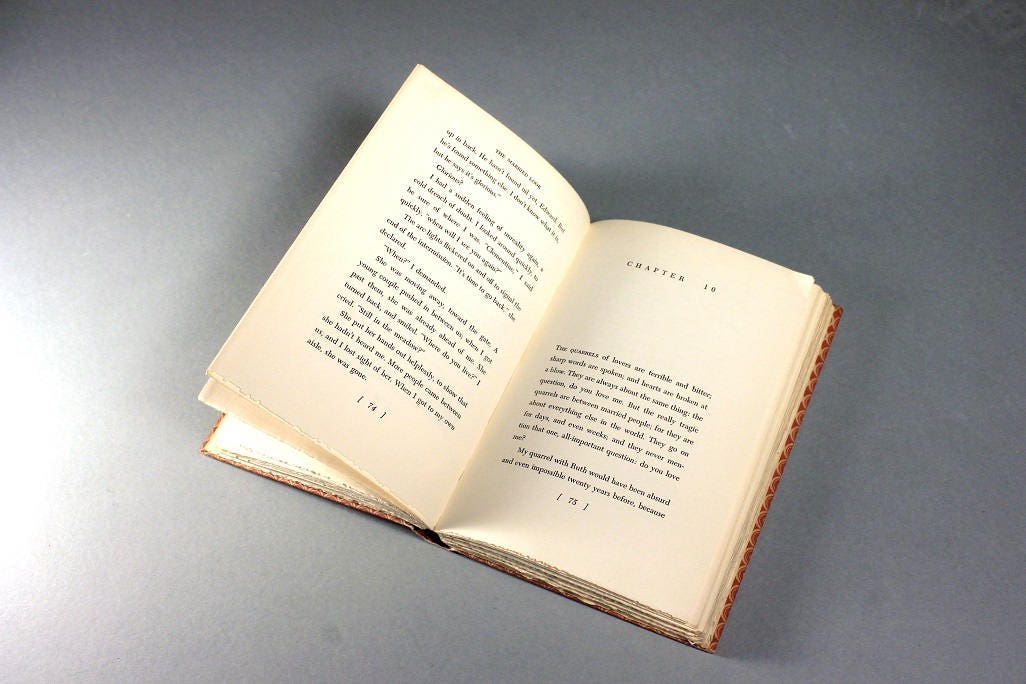 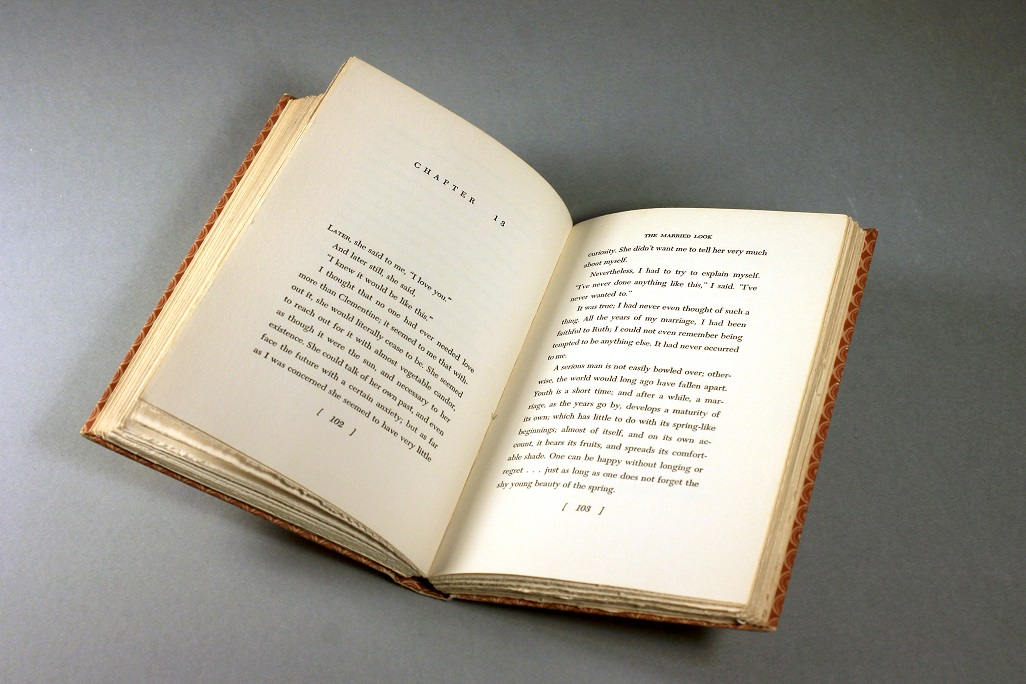 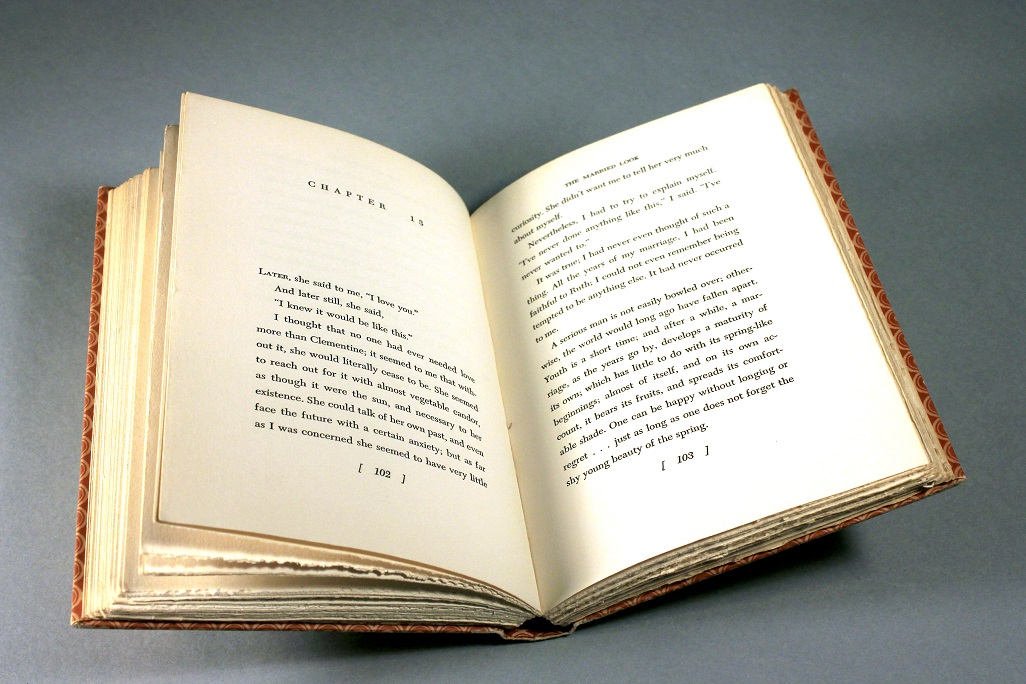 A wonderful hardcover fiction novel by Robert Nathan. It doesn't have a dust jacket. It is entitled The Married Look. This is a first edition of this book. The board covers are an orange pattern with a time period insert.

With little passion left in his marriage, a middle-aged scientist begins having a series of romantic encounters with a beautiful young woman who he later discovers is his wife from another time.

Robert Gruntal Nathan (January 2, 1894 – May 25, 1985) was an American novelist and poet. While working in 1919 he wrote his first novel, the semi-autobiographical work Peter Kindred, which was a critical failure. But his luck soon changed during the 1920s, when he wrote seven more novels, including The Bishop's Wife, which was later made into a successful film starring Cary Grant, David Niven, and Loretta Young.

This book is in Used but in Good condition. The cover has some staining and the pages are yellowed with age. The binding is tight and sturdy. There are no rips, tears, or marks.

©For People Who Have A Deep Love Of Things Vint