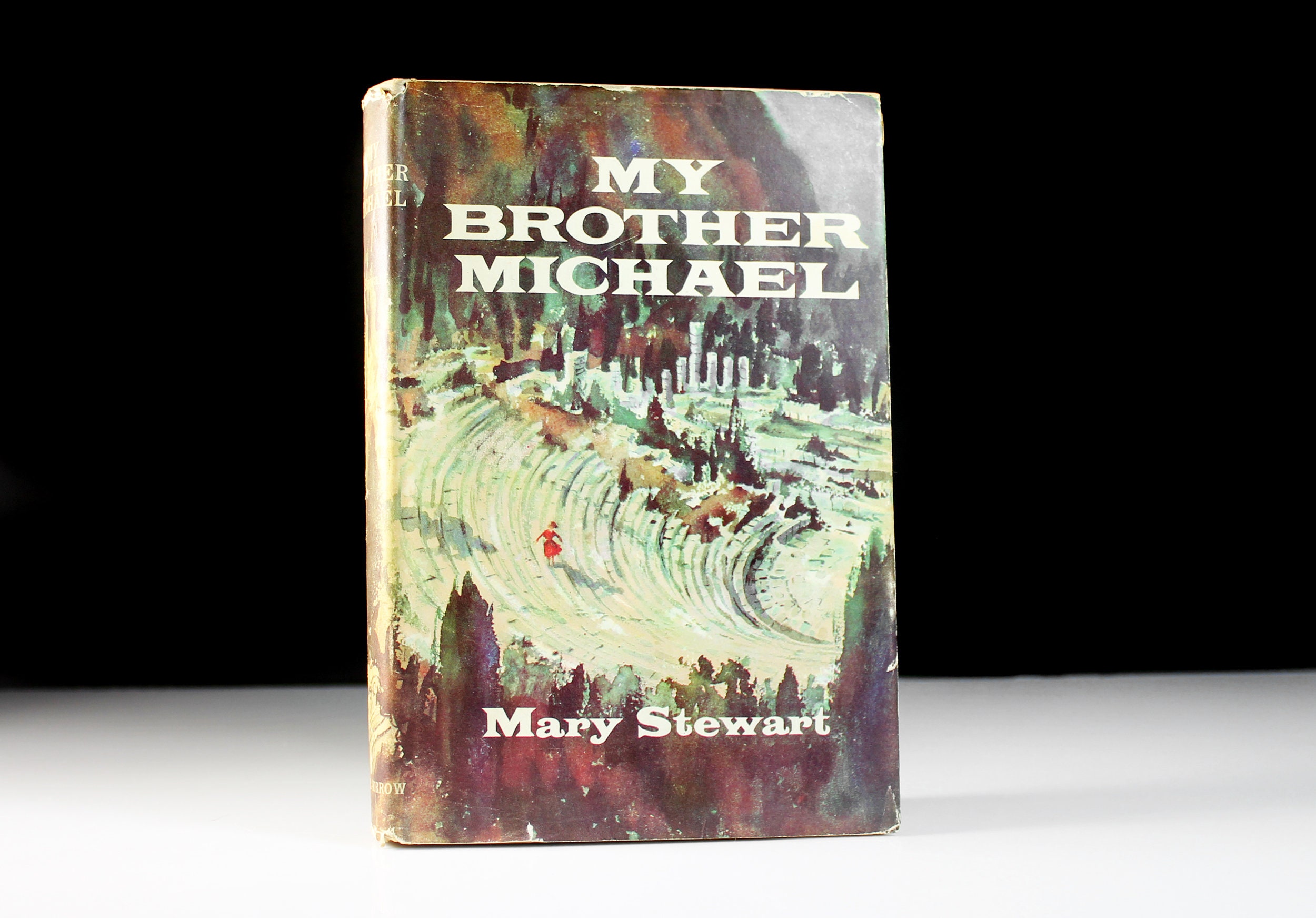 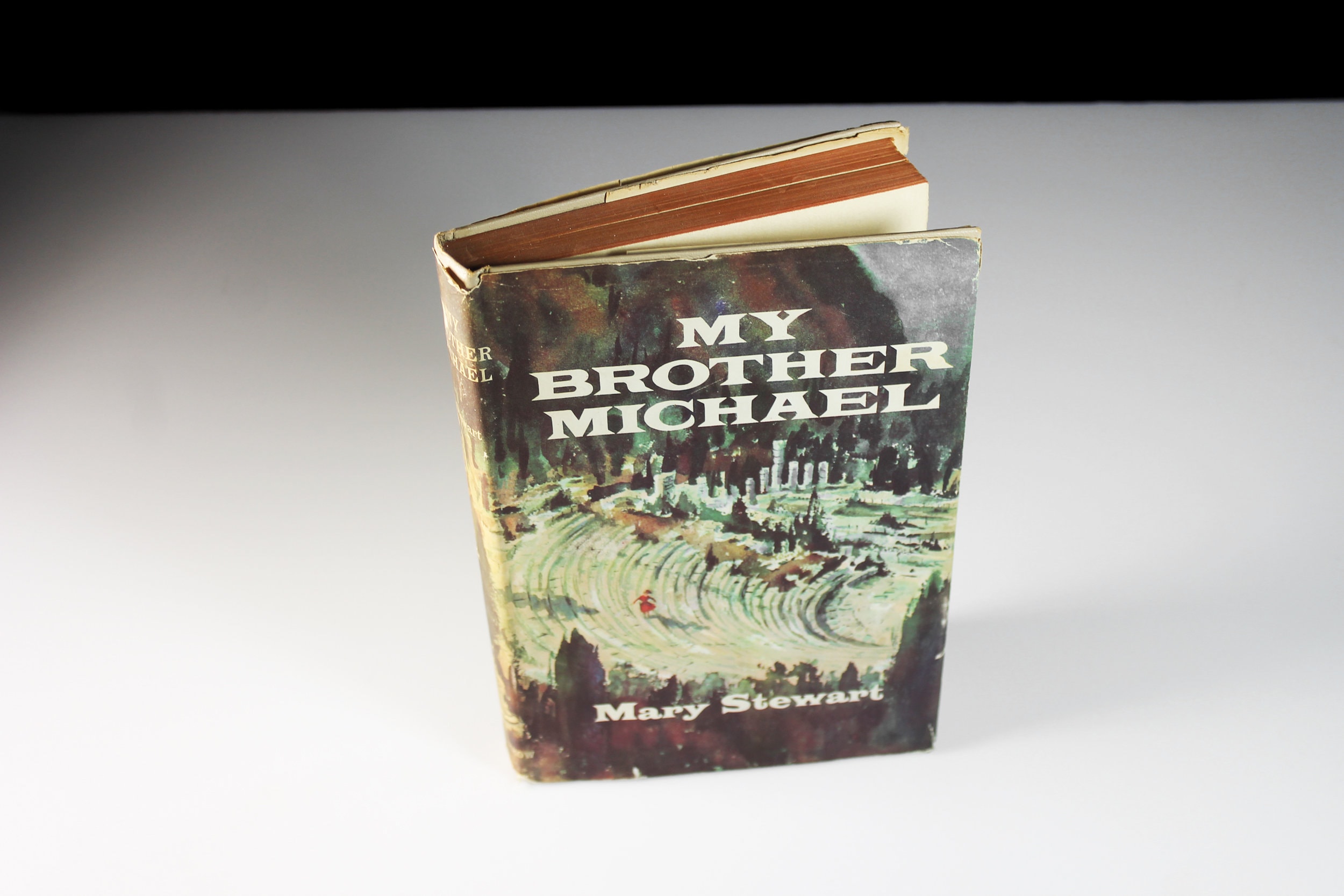 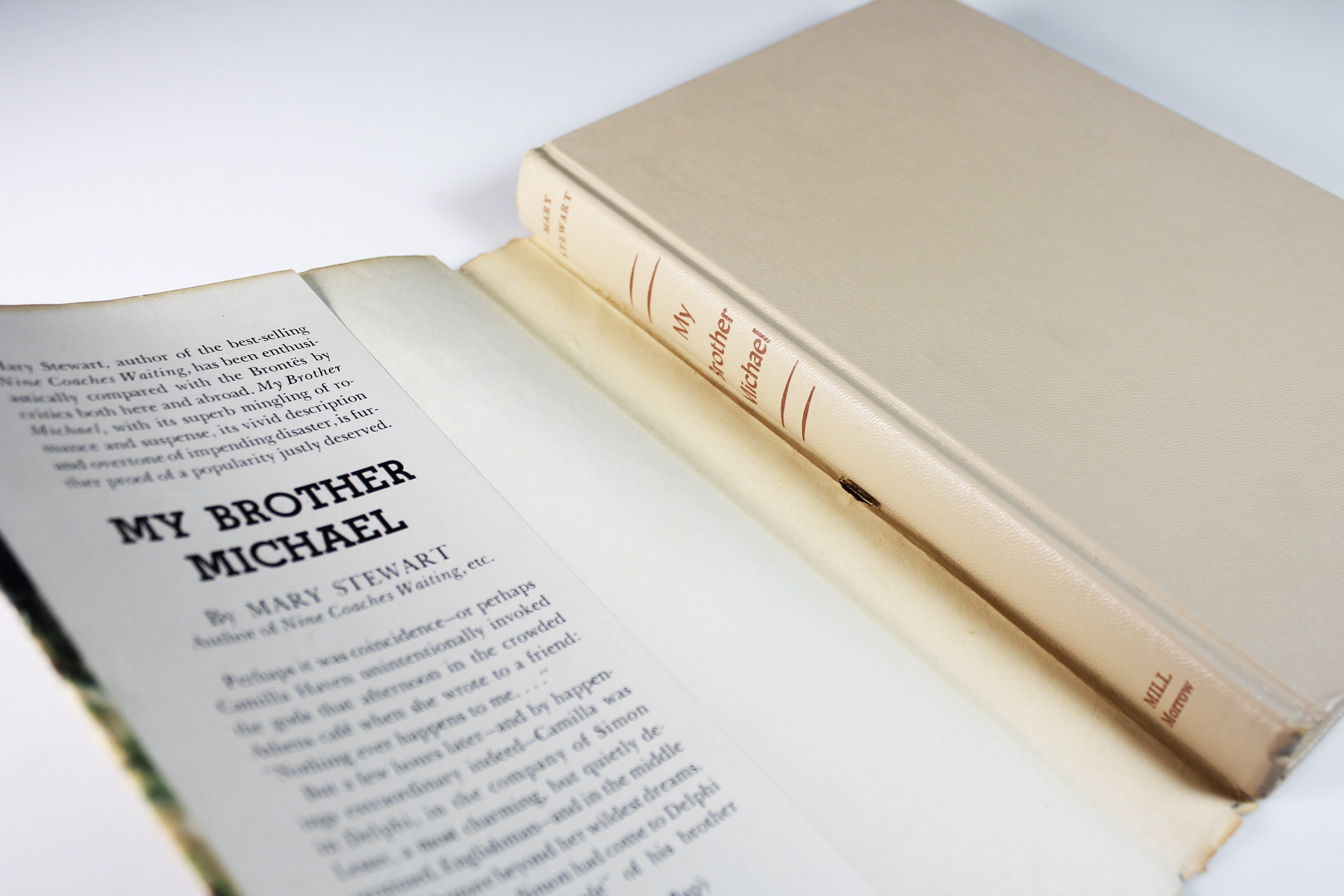 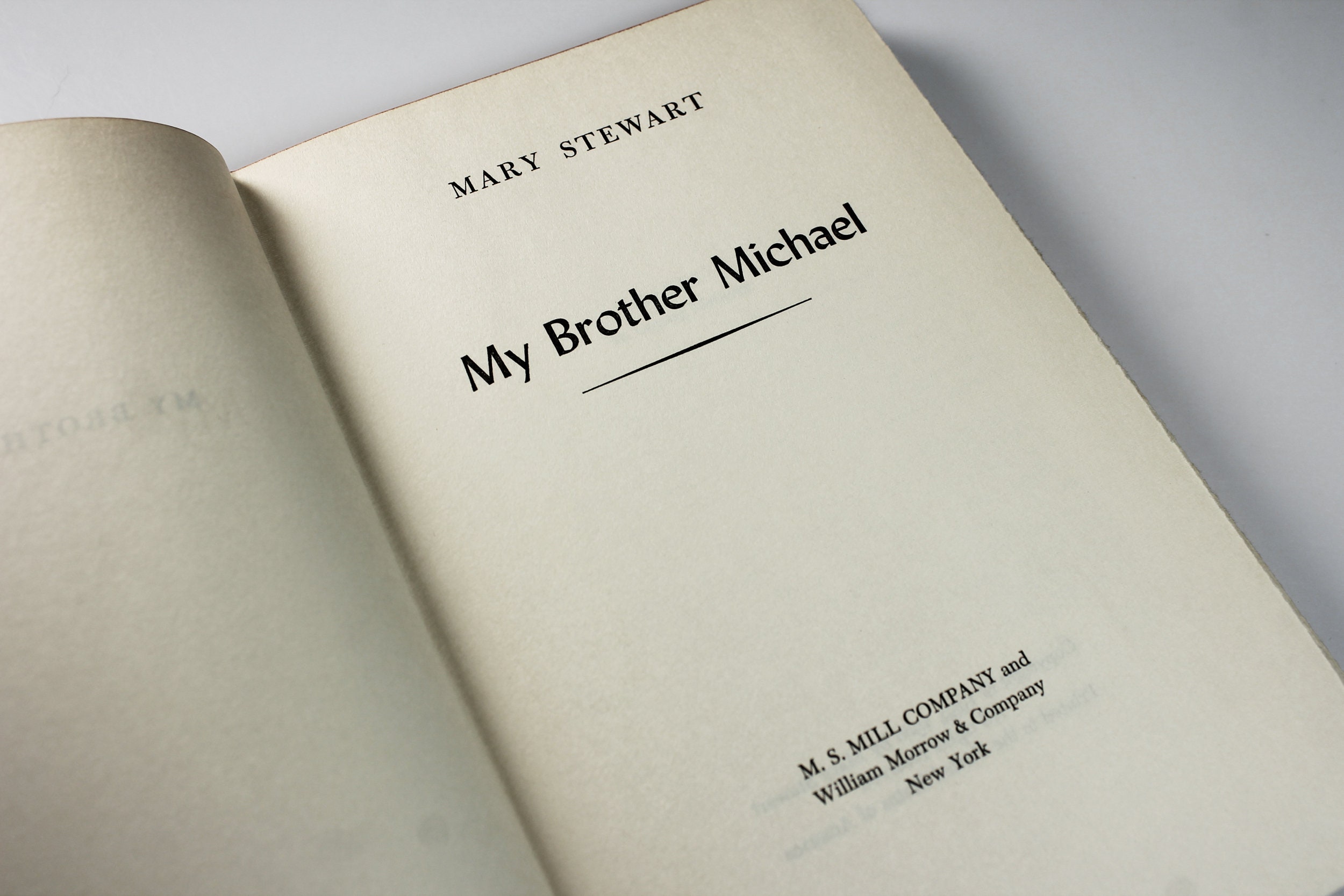 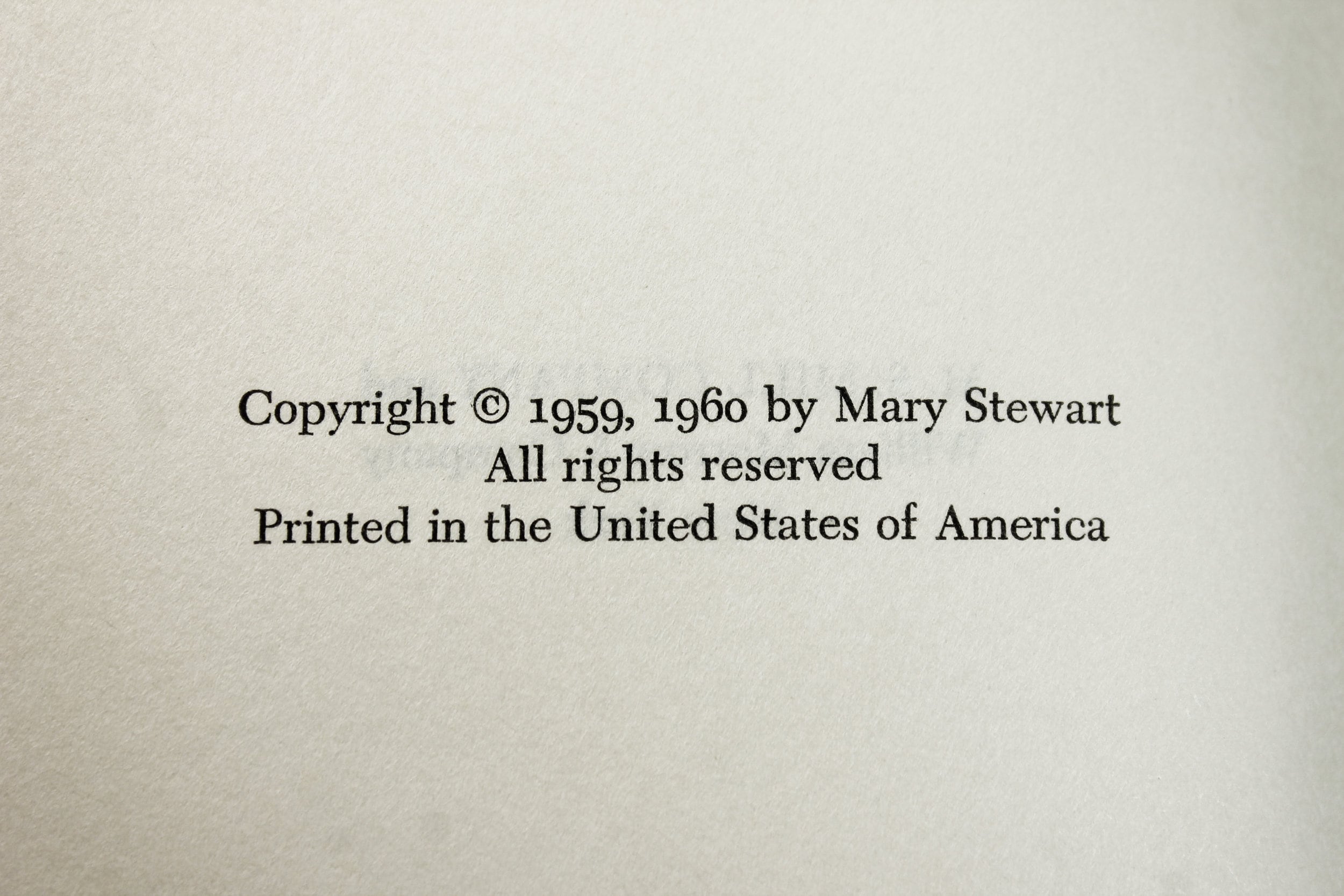 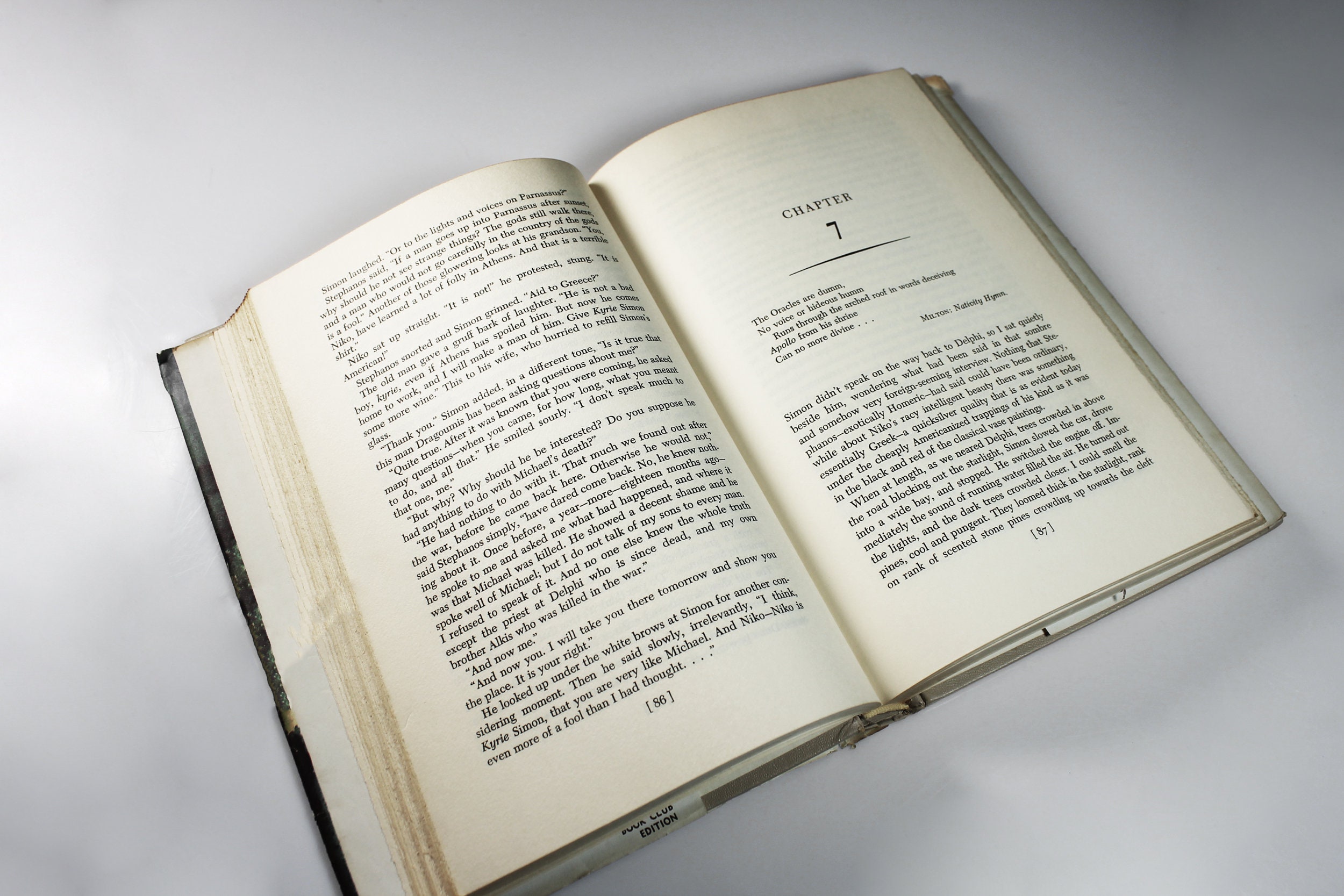 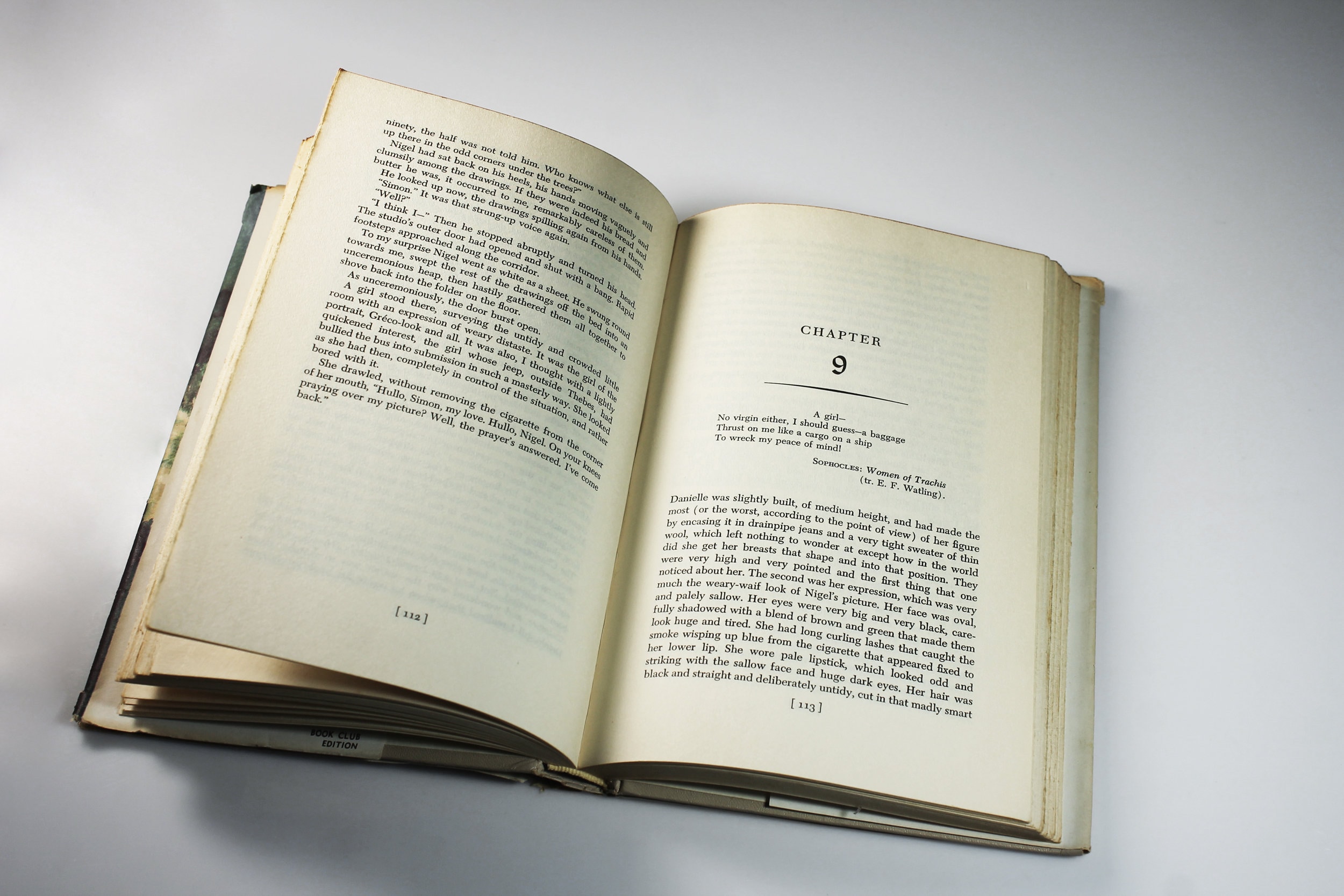 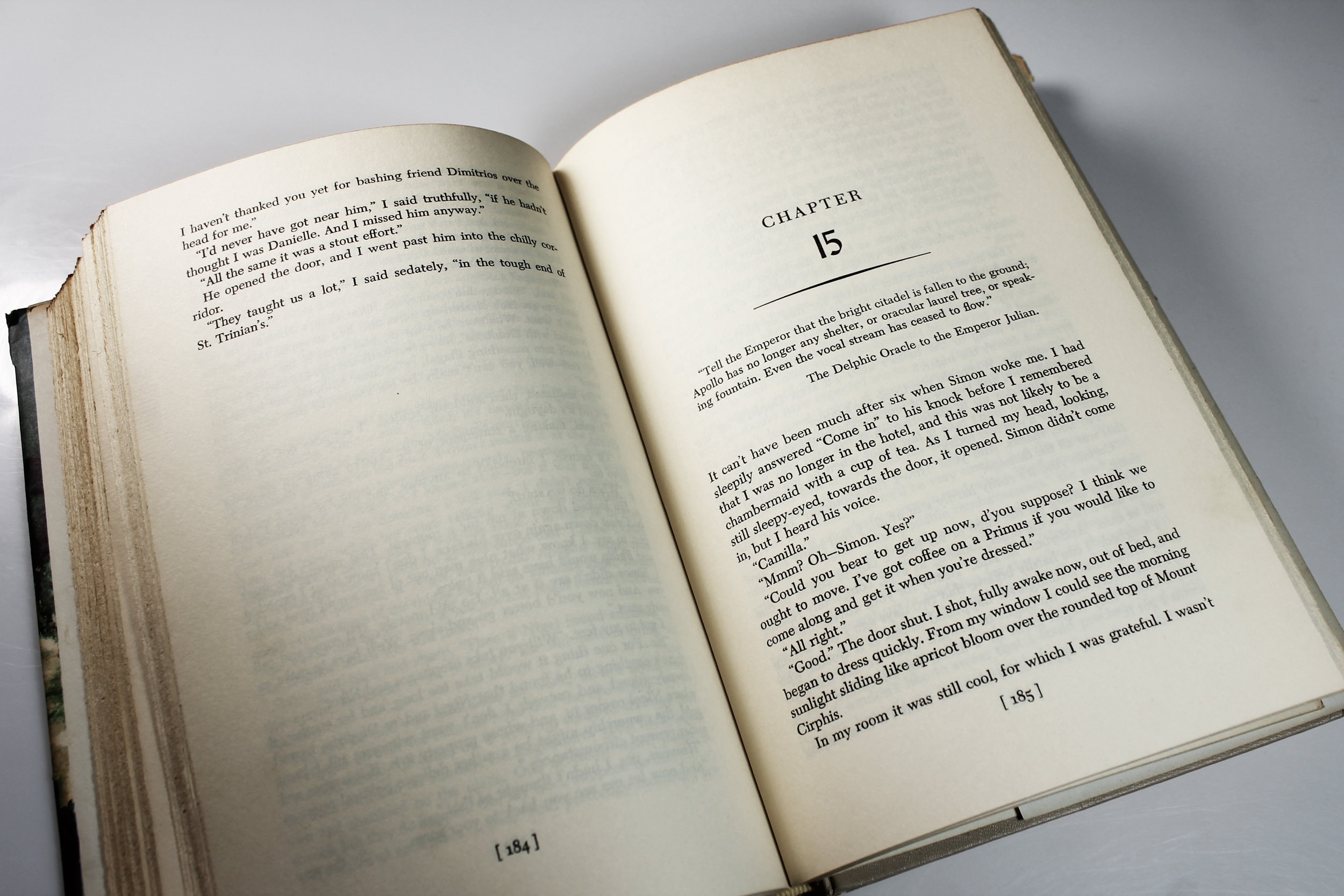 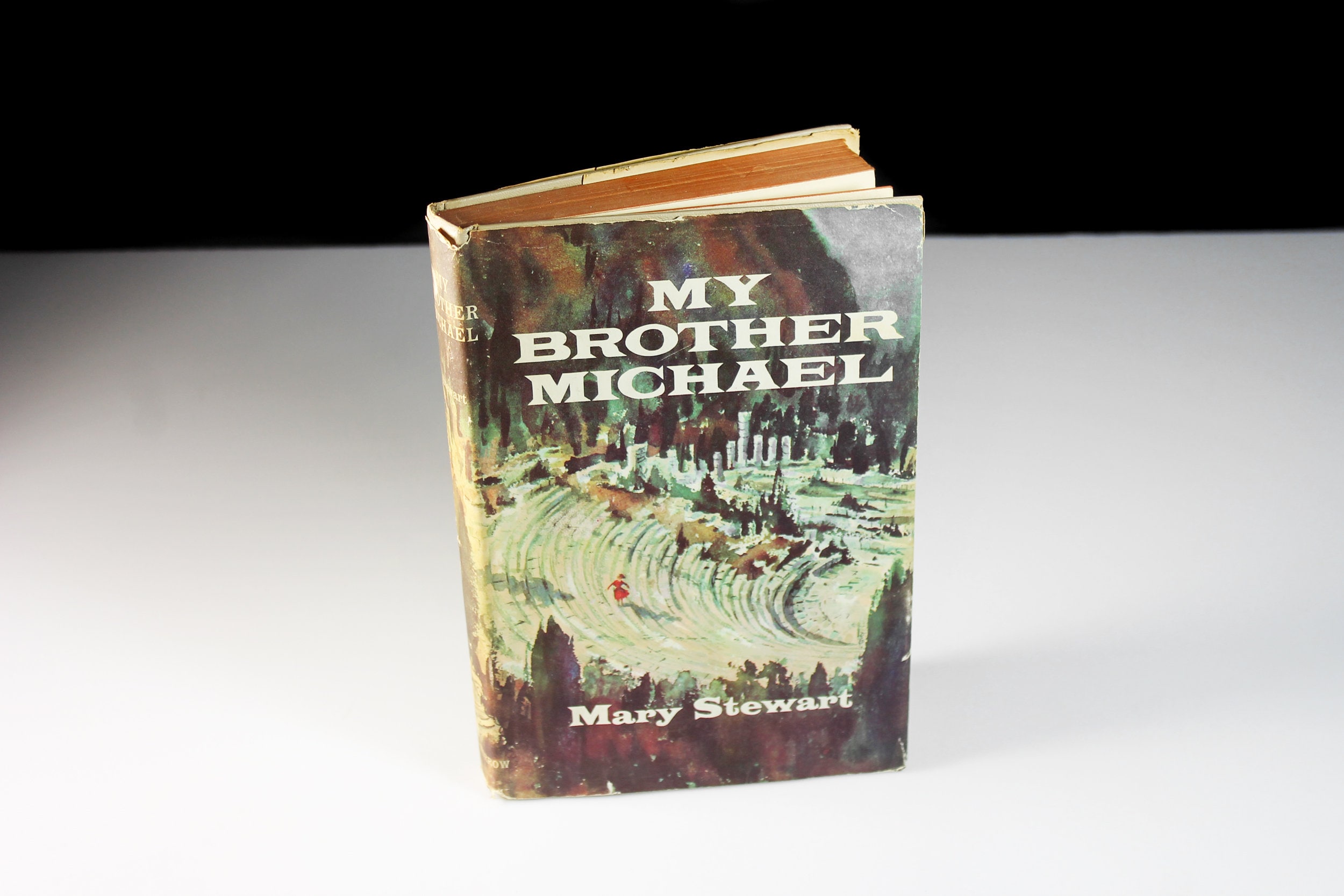 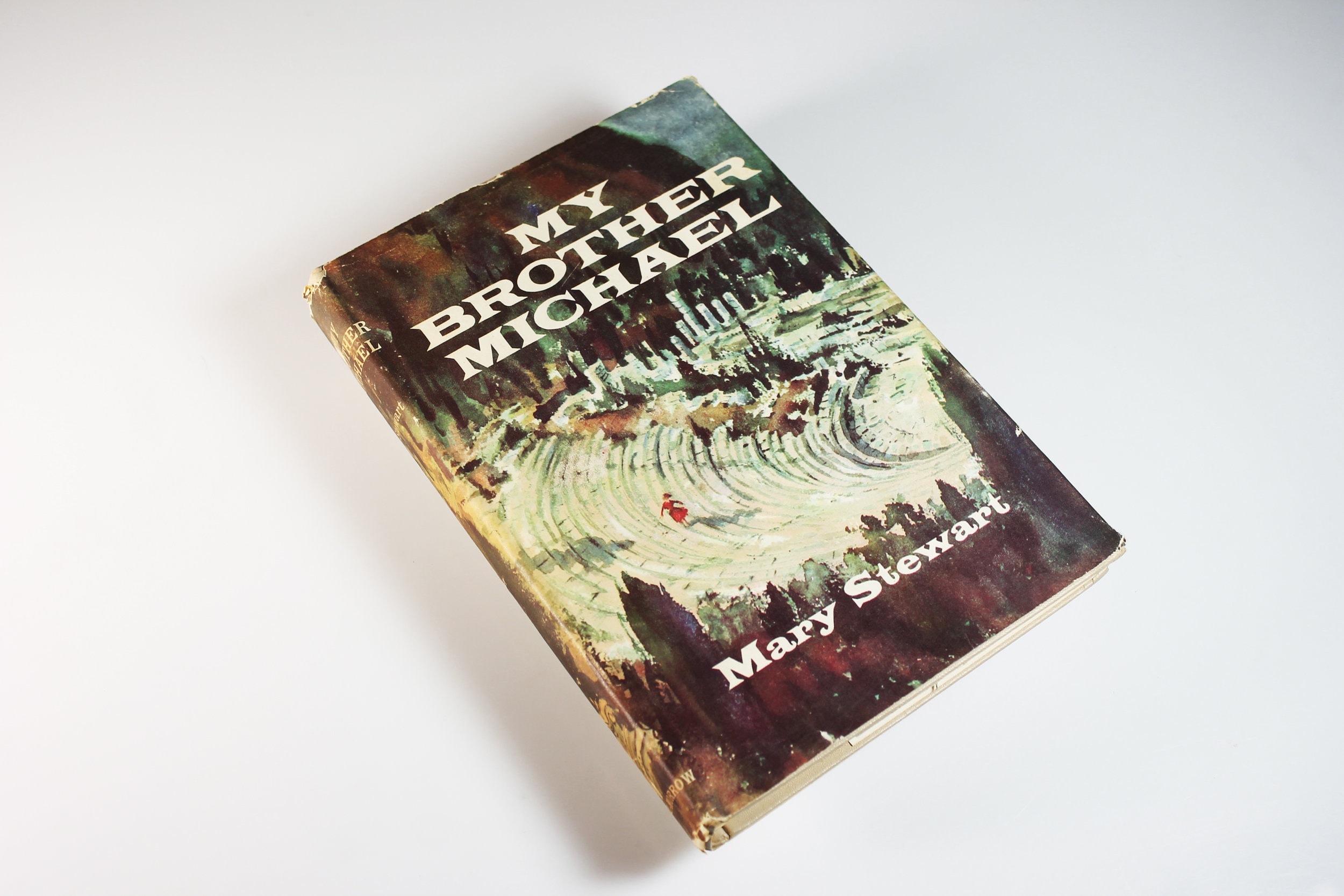 A hardcover novel by Mary Stewart. It is entitled My Brother Michael. This is a 1960 Book Club Edition. The book's hardcover is gray with the title in red on the spine. It has its dust cover.

Camilla Haven is on holiday alone and wishes for some excitement. She had been sitting quietly in a crowded Athens cafe writing to her friend Elizabeth in England, "Nothing ever happens to me..." Then, without warning, a stranger approached, thrust a set of car keys at her and pointed to a huge black touring car parked at the curb. "The car for Delphi, mademoiselle... A matter of life and death," he whispered and disappeared. From that moment Camilla's life suddenly begins to take off when she sets out on a mysterious car journey to Delphi in the company of a charming but quietly determined Englishman named Simon Lester. Simon told Camilla he had come to the ancient Greek ruins to "appease the shade” of his brother Michael, killed some fourteen years earlier on Parnassus. From a curious letter Michael had written, Simon believed his brother had stumbled upon something of great importance hidden in the craggy reaches of the mountainside. And then Simon and Camilla learned that they were not alone in their search...
The ride was Camilla's first mistake... or perhaps she had unintentionally invoked the gods. She finds herself in the midst of an exciting, intriguing, yet dangerous adventure. An extraordinary train of events turned on a nightmare of intrigue and terror beyond her wildest daydreams.

Mary, Lady Stewart (born Mary Florence Elinor Rainbow; 1916 – 2014) was a British novelist who developed the romantic mystery genre, featuring smart, adventurous heroines who could hold their own in dangerous situations. She also wrote children's books and poetry but may be best known for her Merlin series, which straddles the boundary between the historical novel and fantasy.

This book is in very good condition. The book has no rips or tears. The binding is completely tight and the pages are slightly yellowed with age. There are no marks in the book. The dust cover is intact with only small knicks on the edges.

As New: The book is in the same immaculate condition as when it was published. This could be the description for a book that has been lost in a warehouse for years, never shelved, thumbed, or even opened yet may still be some years old.

Fine: A Fine book approaches the condition of As New, but without being crisp. The book may have been opened and read, but there are no defects to the book, jacket, or pages.

Poor: Describes a book that is sufficiently worn. Any missing maps or plates should still be noted. This copy may be soiled, scuffed, stained, or spotted and may have loose joints, hinges, pages, etc.