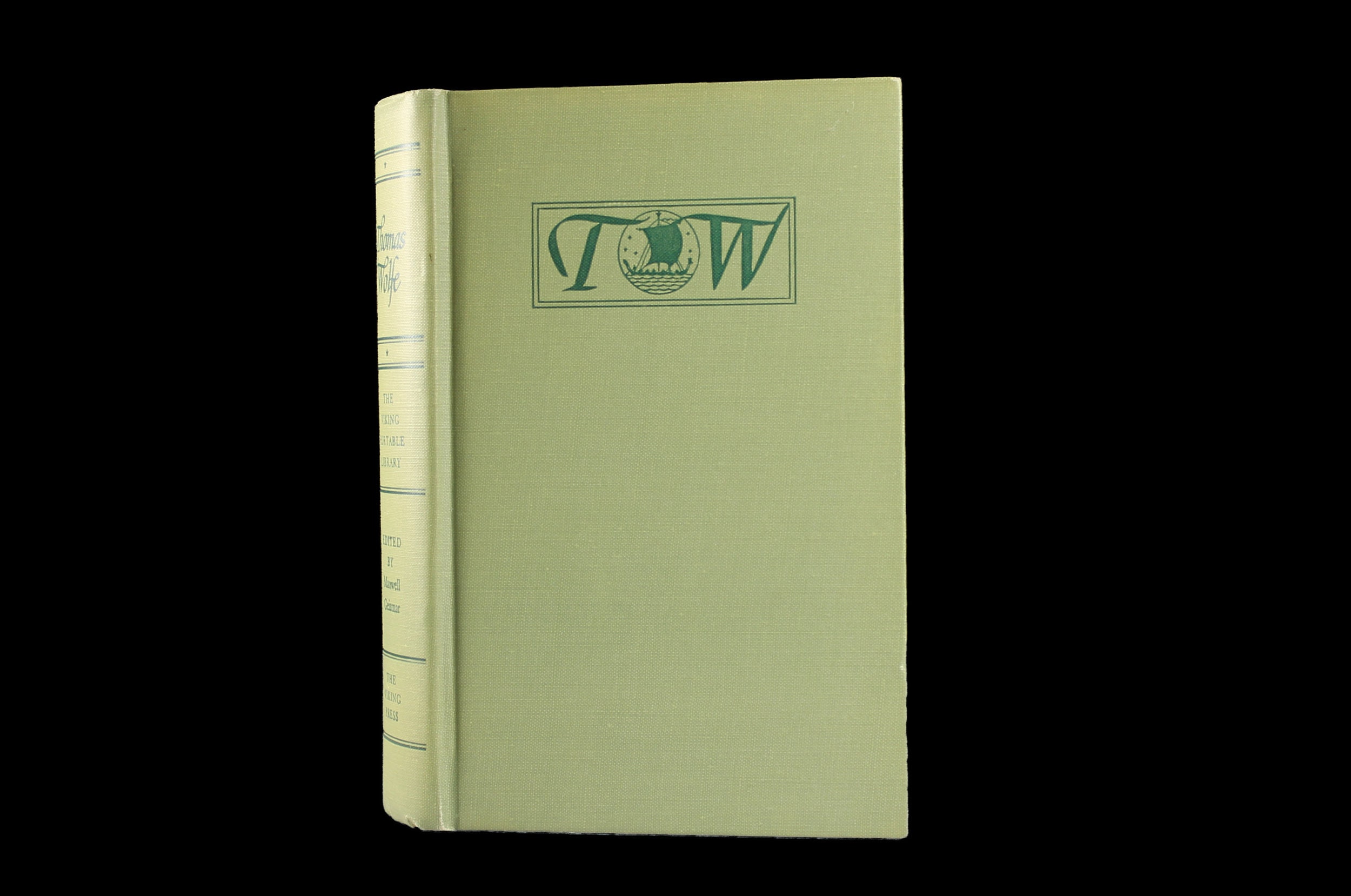 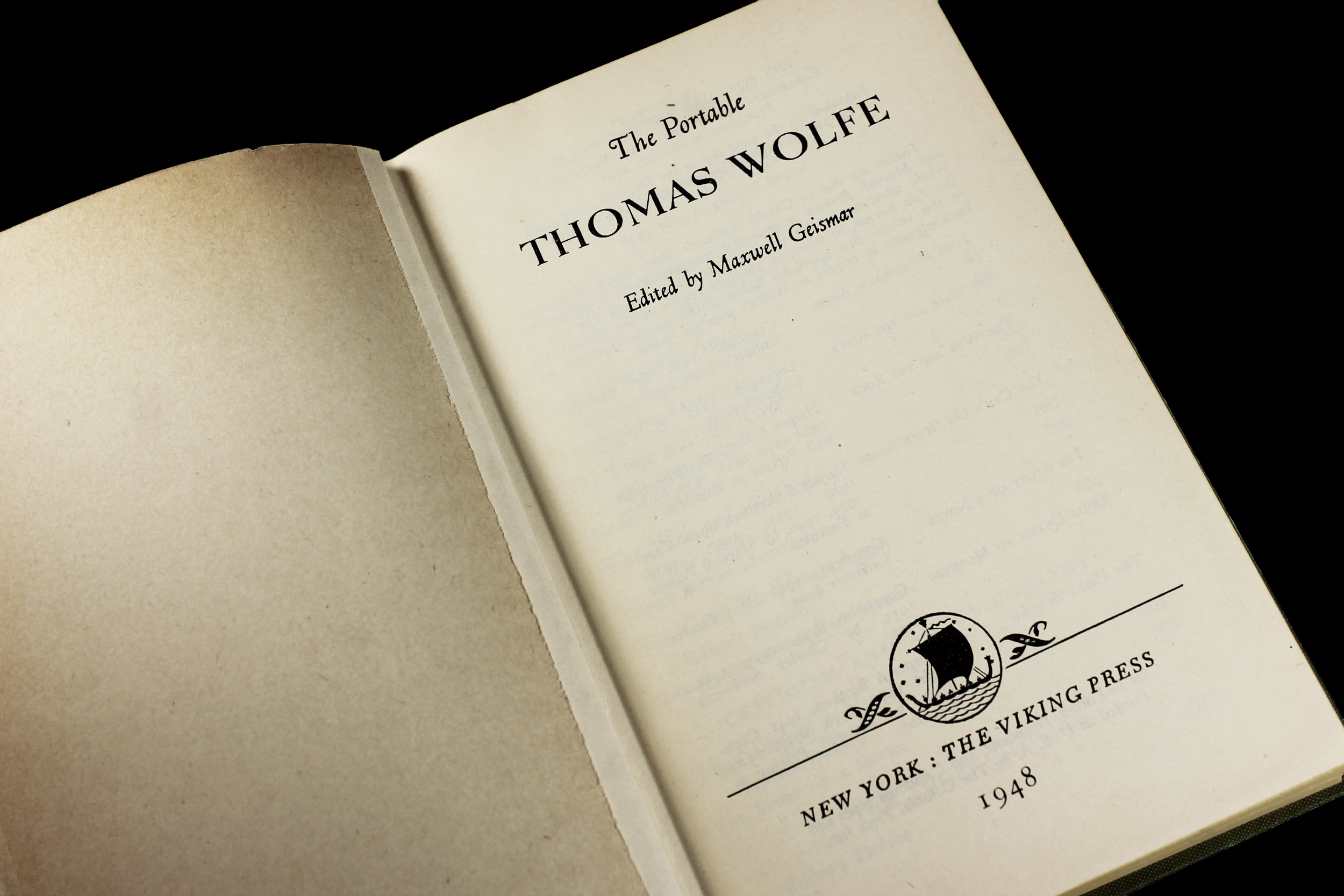 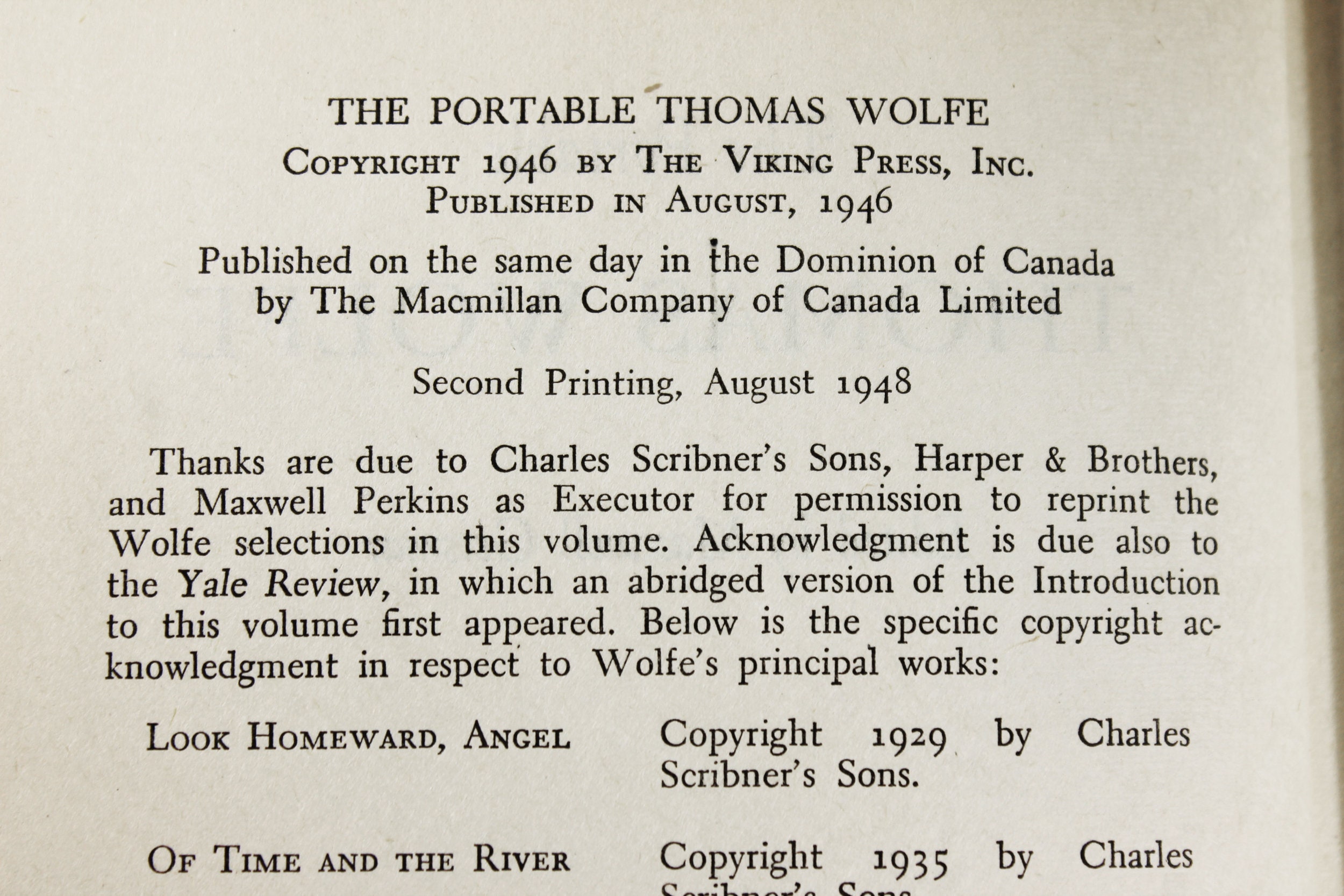 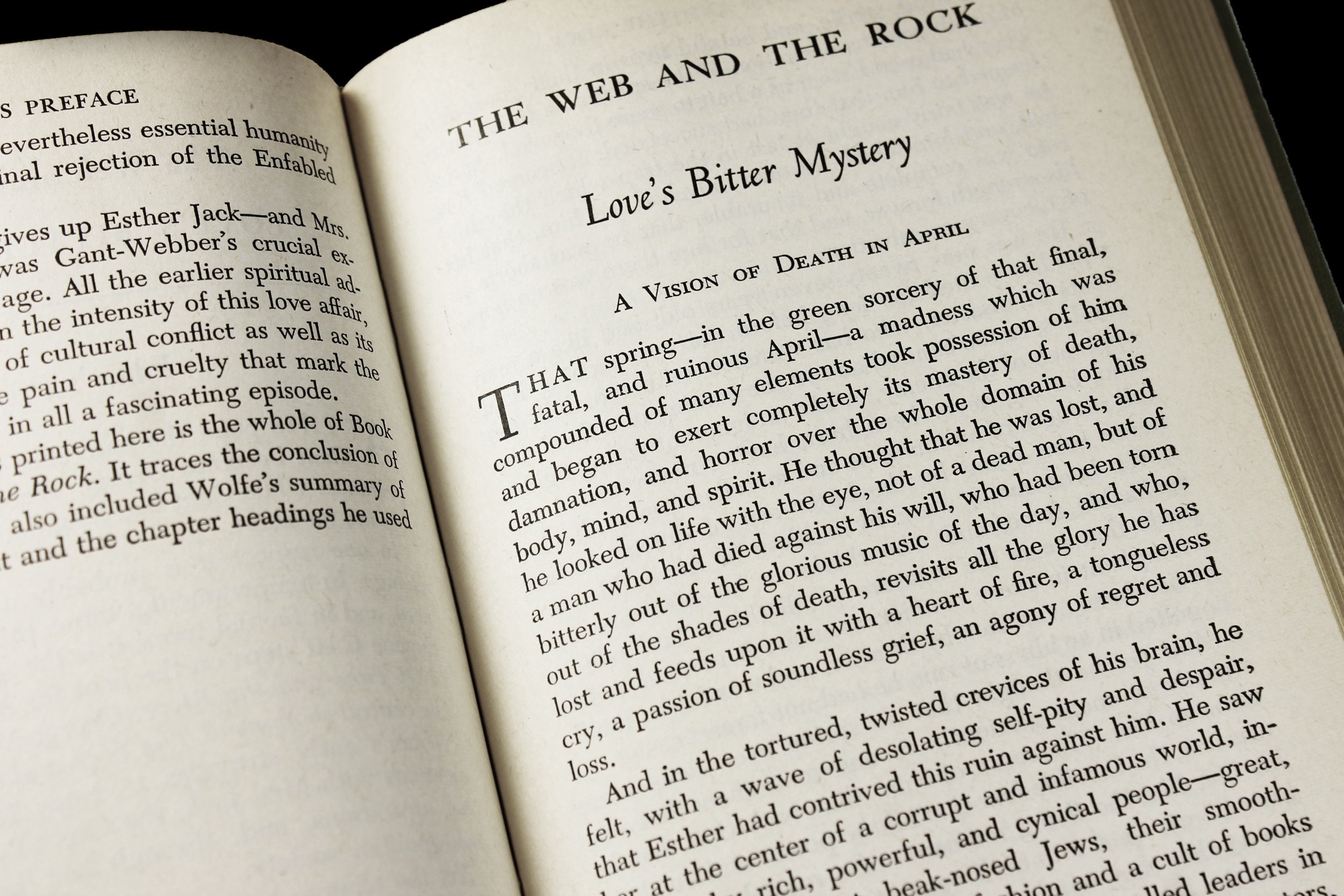 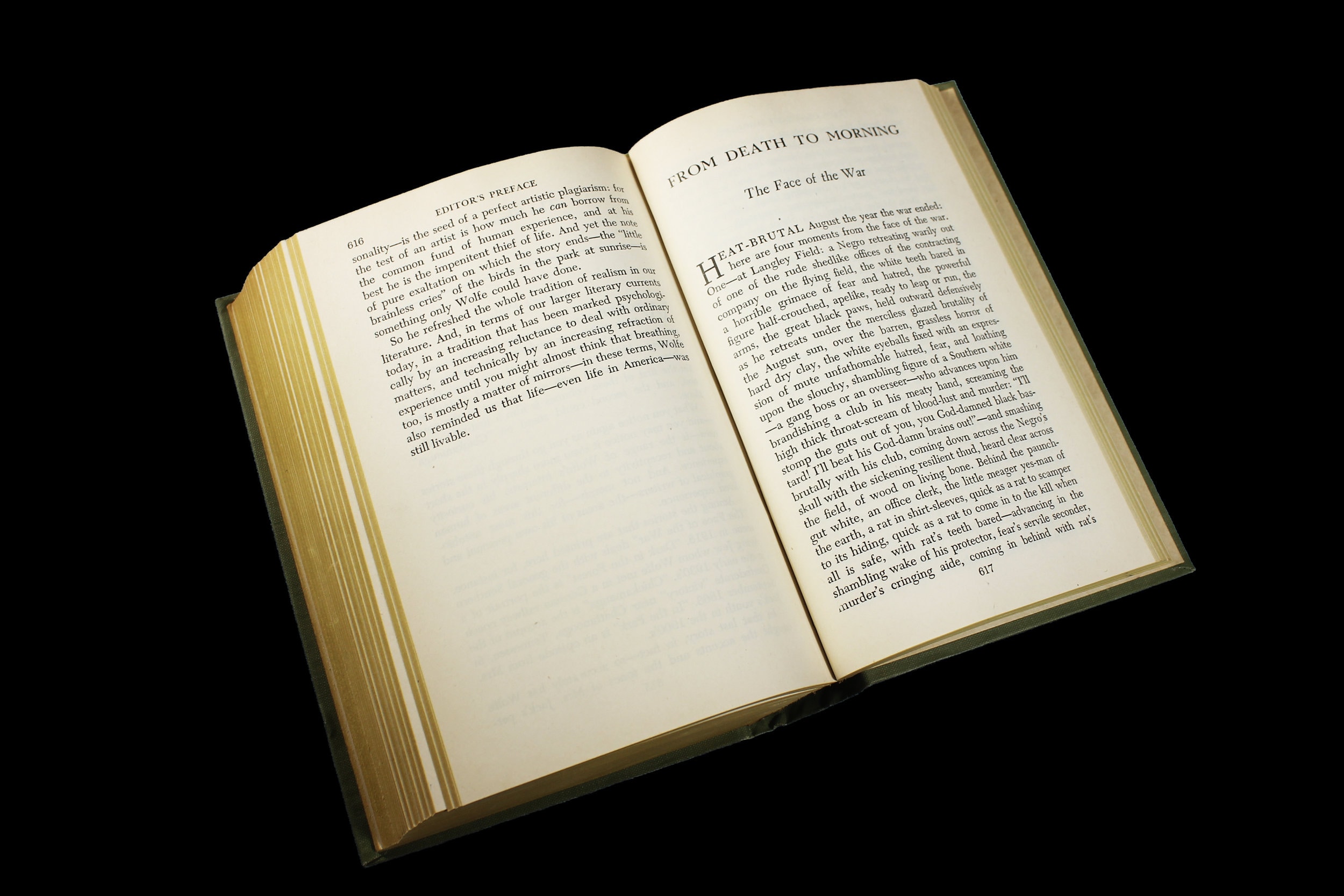 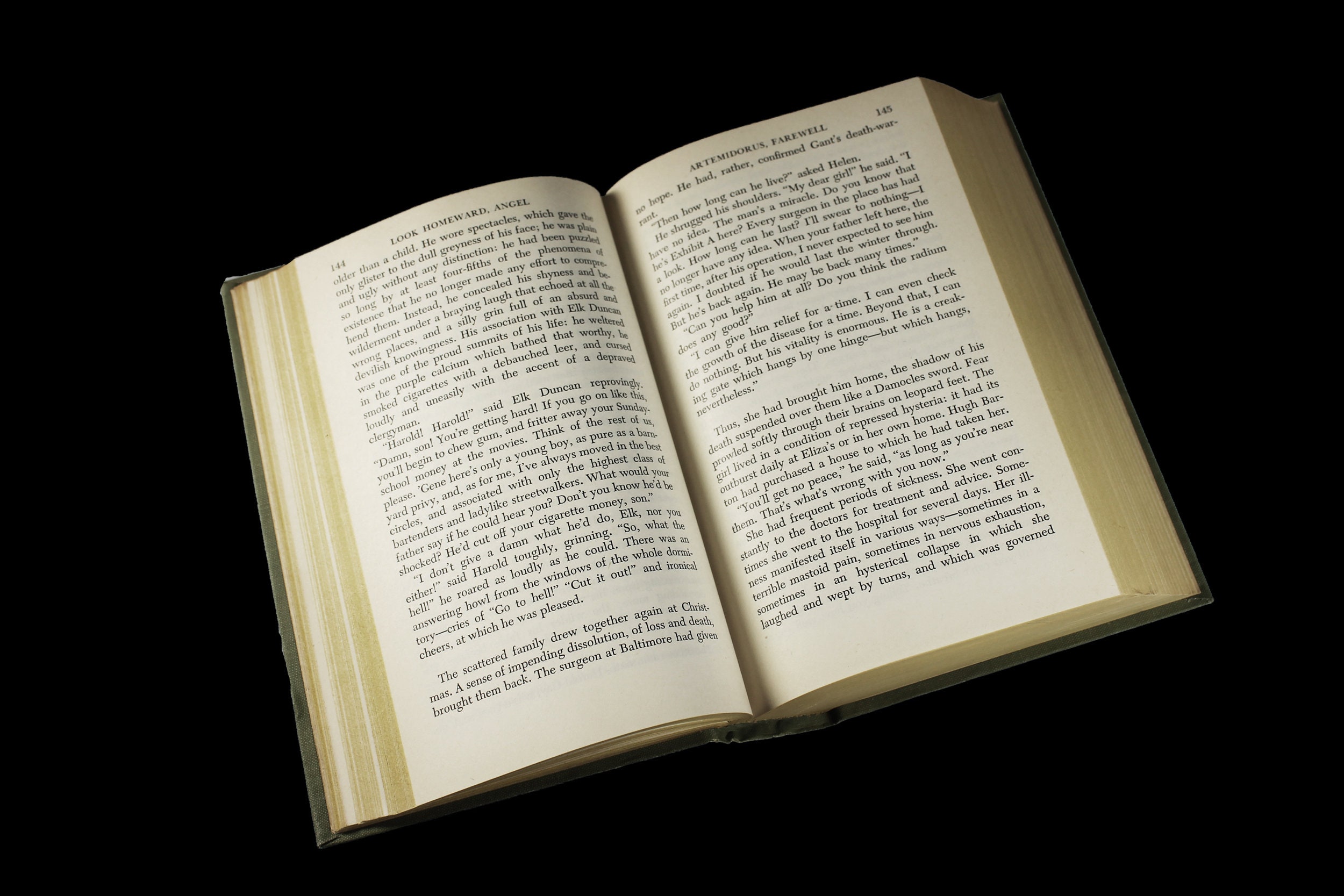 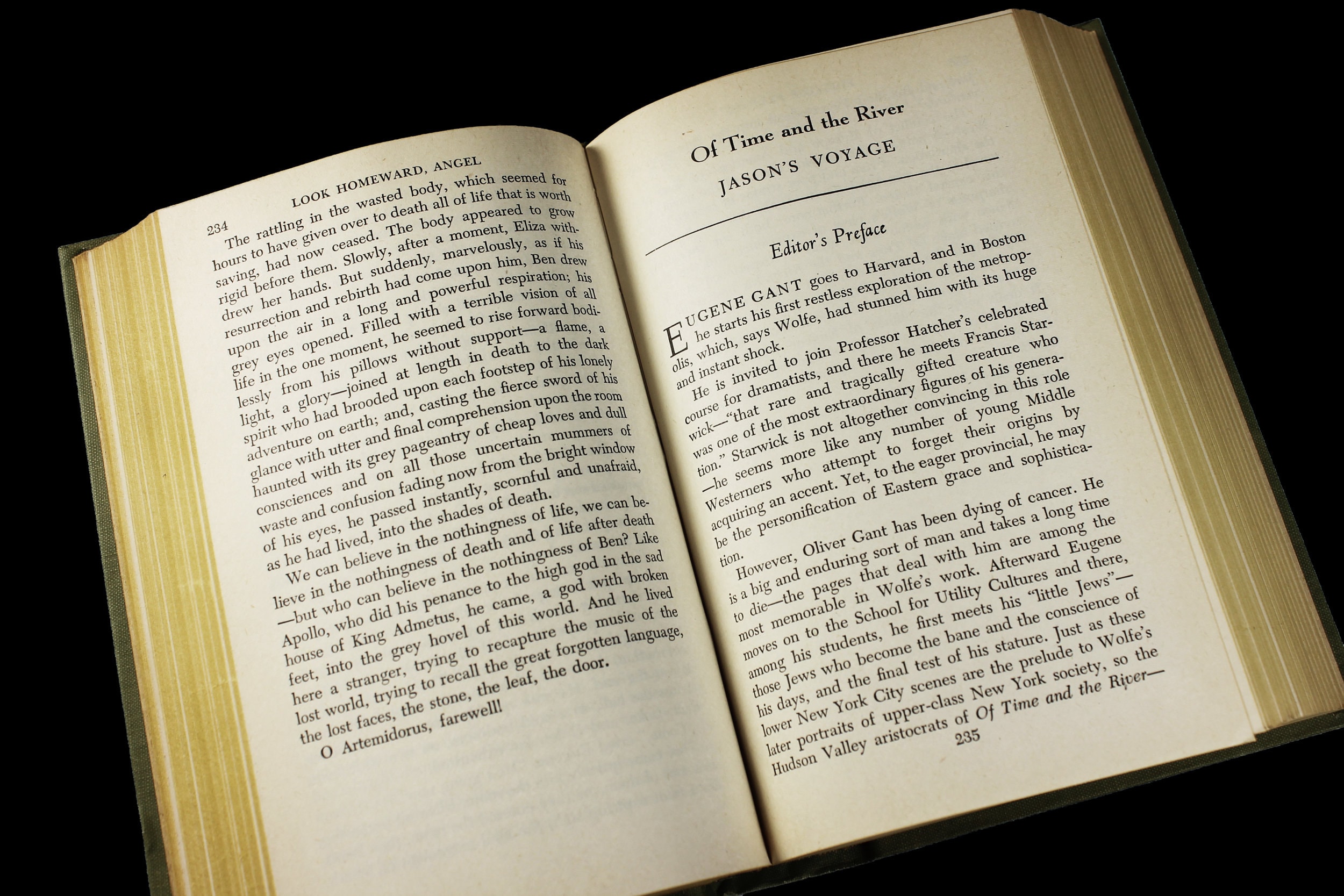 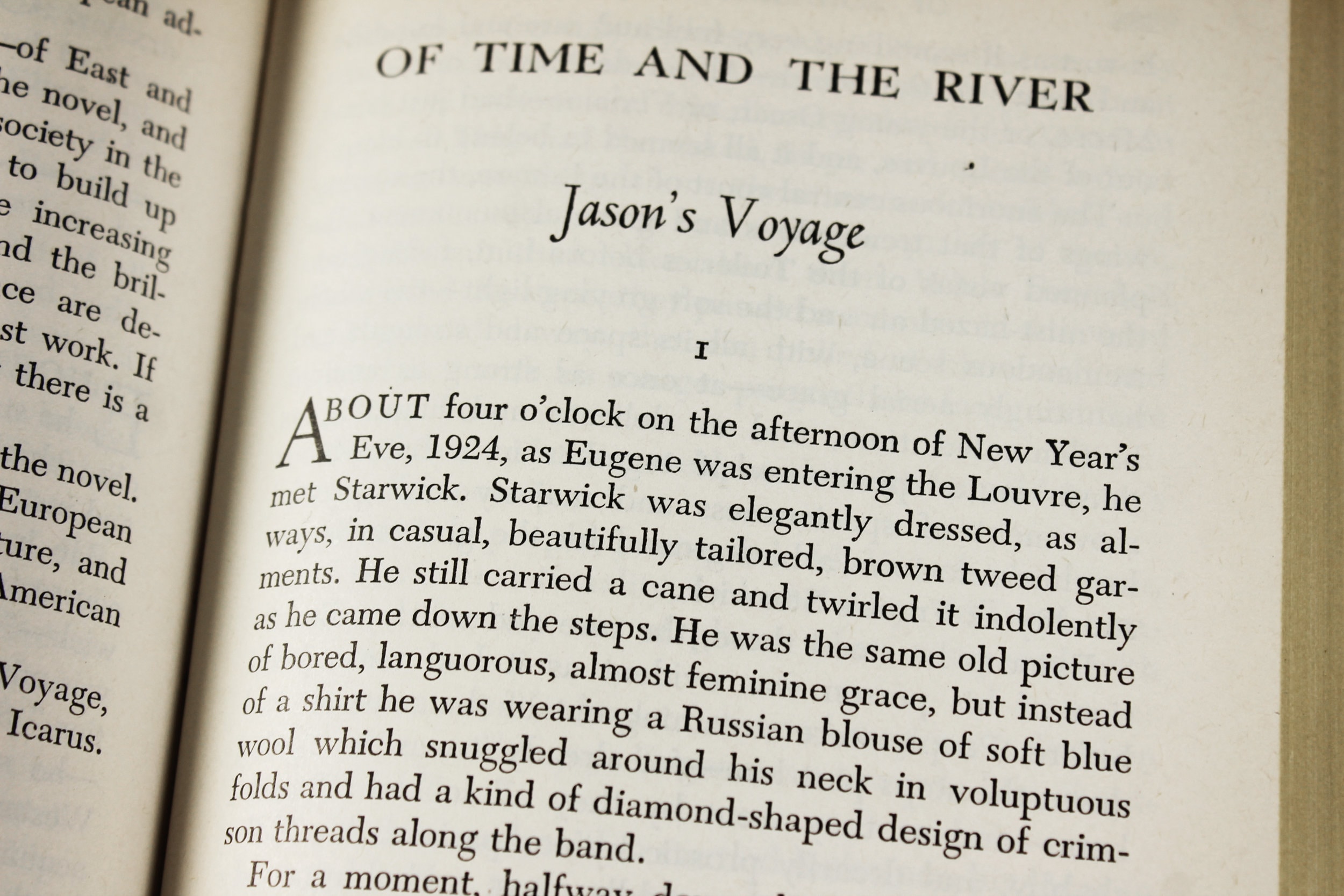 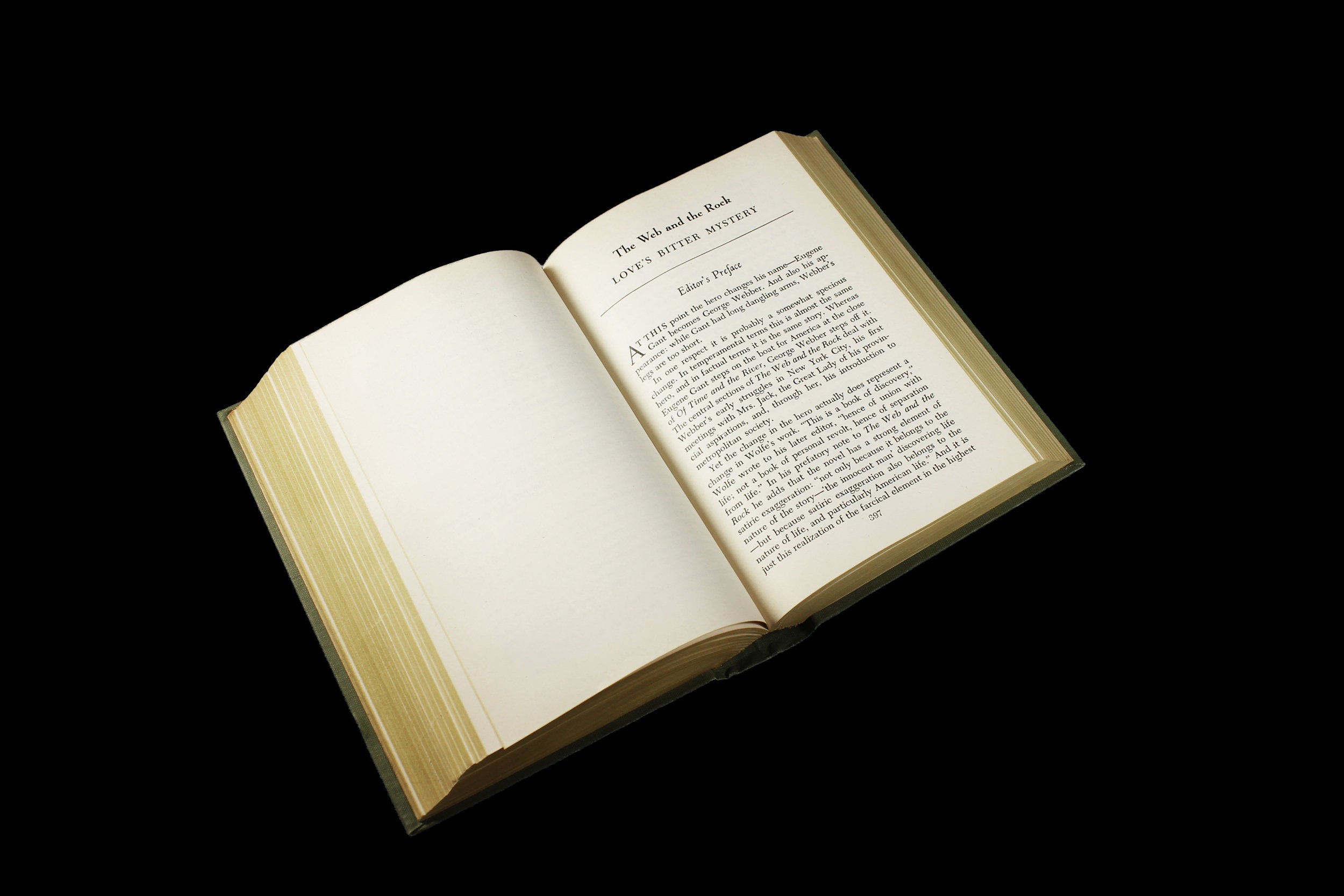 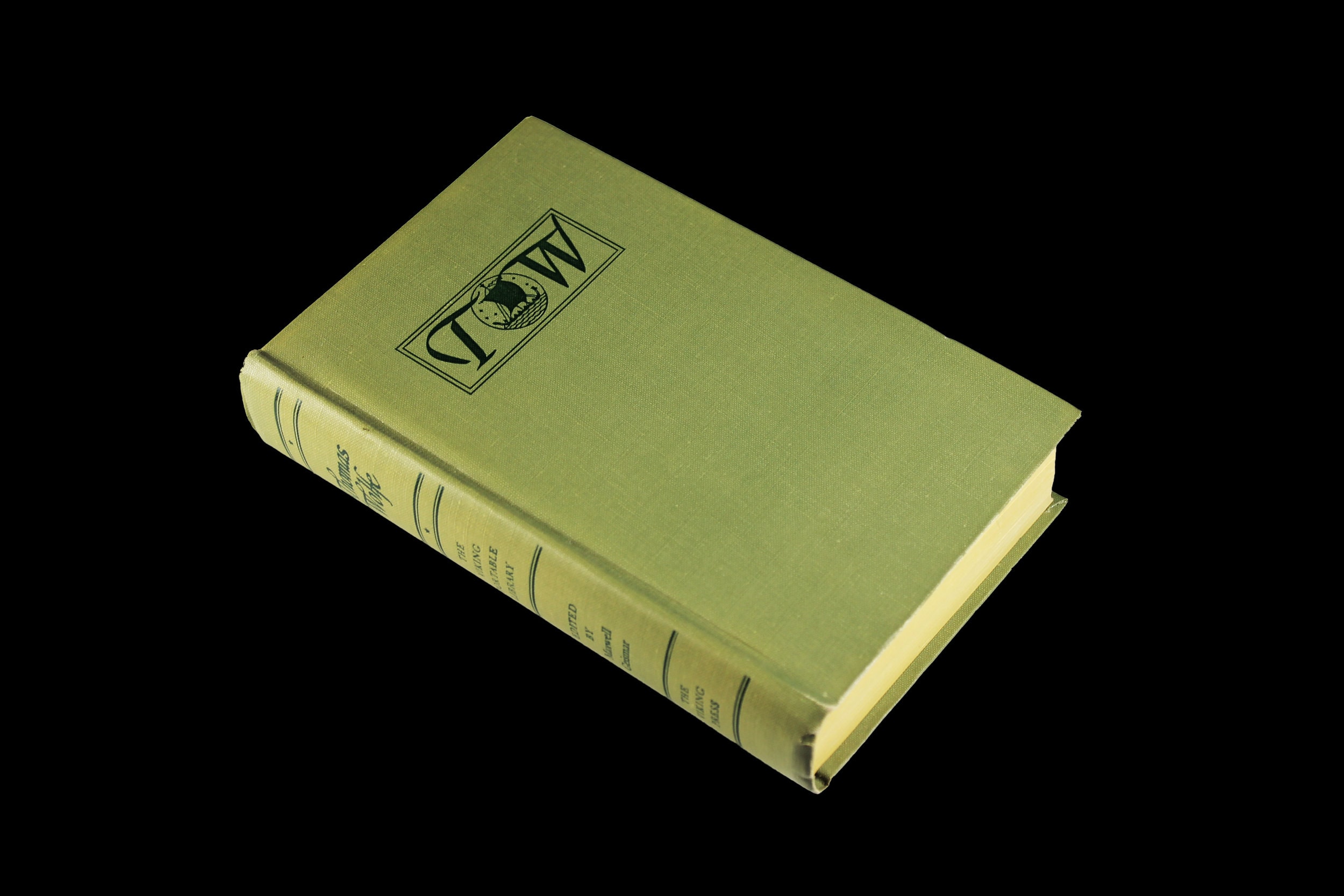 A hardcover book entitled The Portable Thomas Wolf edited by Maxwell Geismar. Includes numerous stories from the acclaimed author Thomas Wolfe, including: "Look Homeward, Angel", "Of Time and the River", "The Story of the Novel", "You Can't Go Home Again". Thomas Clayton Wolfe (1900 – 1938) was an American novelist of the early 20th century. Wolfe wrote four lengthy novels as well as many short stories, dramatic works, and novellas. He is known for mixing highly original, poetic, rhapsodic, and impressionistic prose with autobiographical writing. His books, written and published from the 1920s to the 1940s, vividly reflect on American culture and the mores of that period, filtered through Wolfe's sensitive, sophisticated, and hyper-analytical perspective. After Wolfe's death, contemporary author William Faulkner said that Wolfe might have been the greatest talent of their generation for aiming higher than any other writer. Wolfe's influence extends to the writings of Beat Generation writer Jack Kerouac, and of authors Ray Bradbury and Philip Roth, among others. He remains an important writer in modern American literature, as one of the first masters of autobiographical fiction, and is considered North Carolina's most famous writer.

The Viking Portable Library was conceived of by literary critic and WW2 journalist Alexander Woollcott, who had compiled a pair of compilations for Viking in the 1930s. As You Were (1943) began the series, a compilation of writings for soldiers fighting in the war. “The books were meant to be ‘built like a Jeep: compact, efficient, and marvelously versatile.’ Woollcott wrote that As You Were was designed for ‘the convenience of men who are mostly on the move and must travel light.’ This was followed by The Portable Steinbeck, also in 1943. At least for the author-specific titles, the series followed a general format: about 700 pages of selected material including full and partial books, essays, short stories, letters, newspaper writings and other miscellaneous content. Compilations were less regular in their content and format. Sixty titles were published by 1953. By the early 1990s, 109 titles had been published

The book is in very good condition. There are no markings and the pages are clean. It has no rips or tears. Pages are lightly foxed (yellowed) from age. The covers have some shelf wear and light bending at the corners.


As New: The book is in the same immaculate condition as when it was published. This could be the description for a book that has been lost in a warehouse for years, never shelved, thumbed or even opened yet may still be some years old.