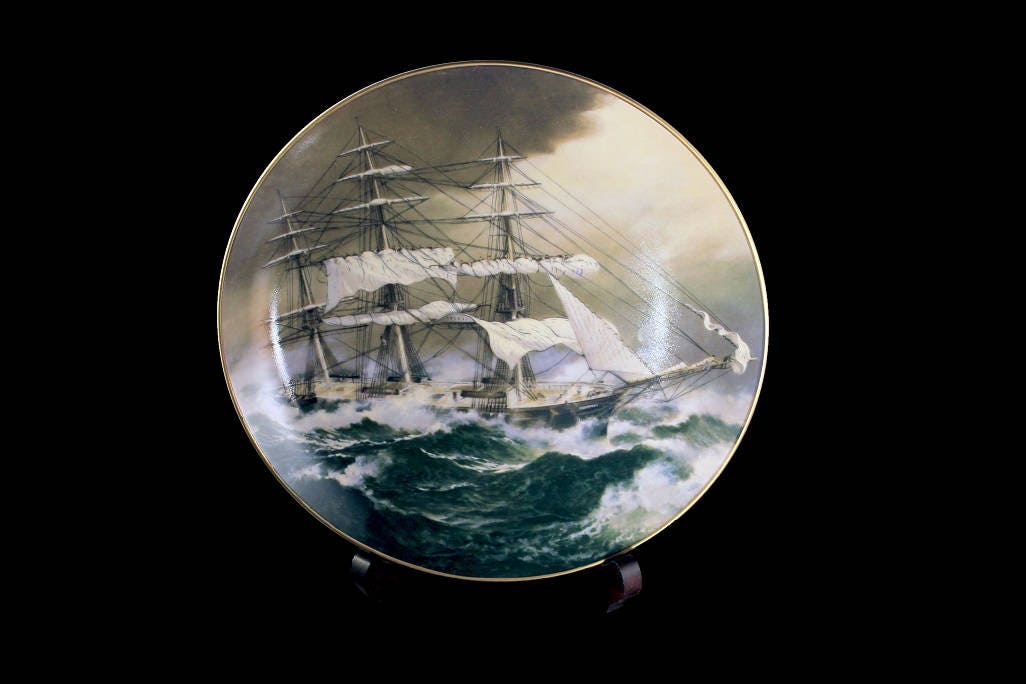 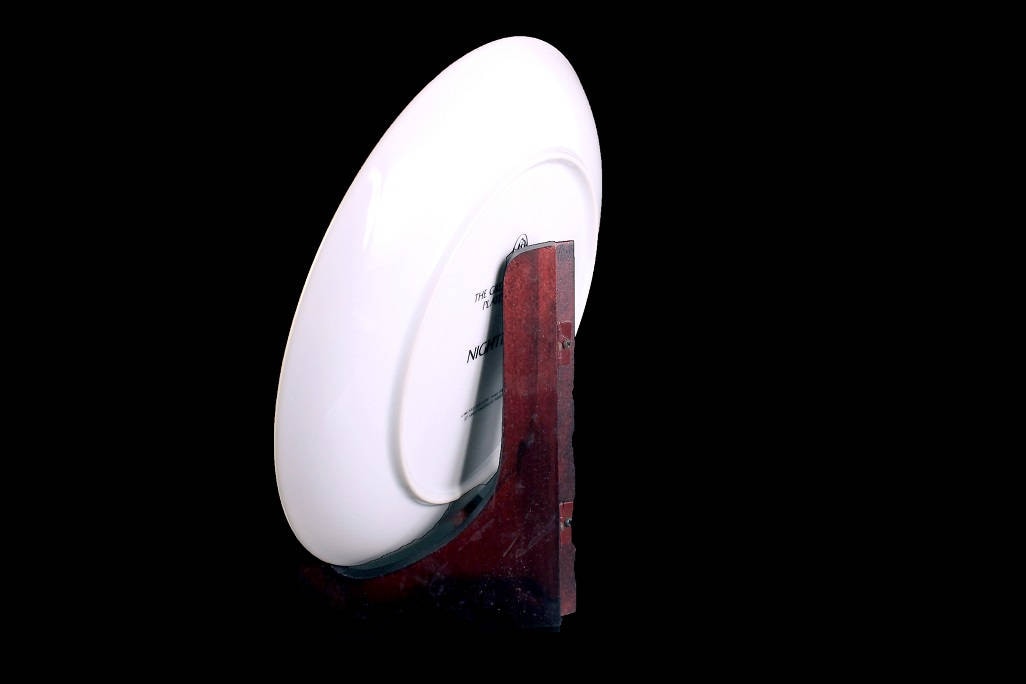 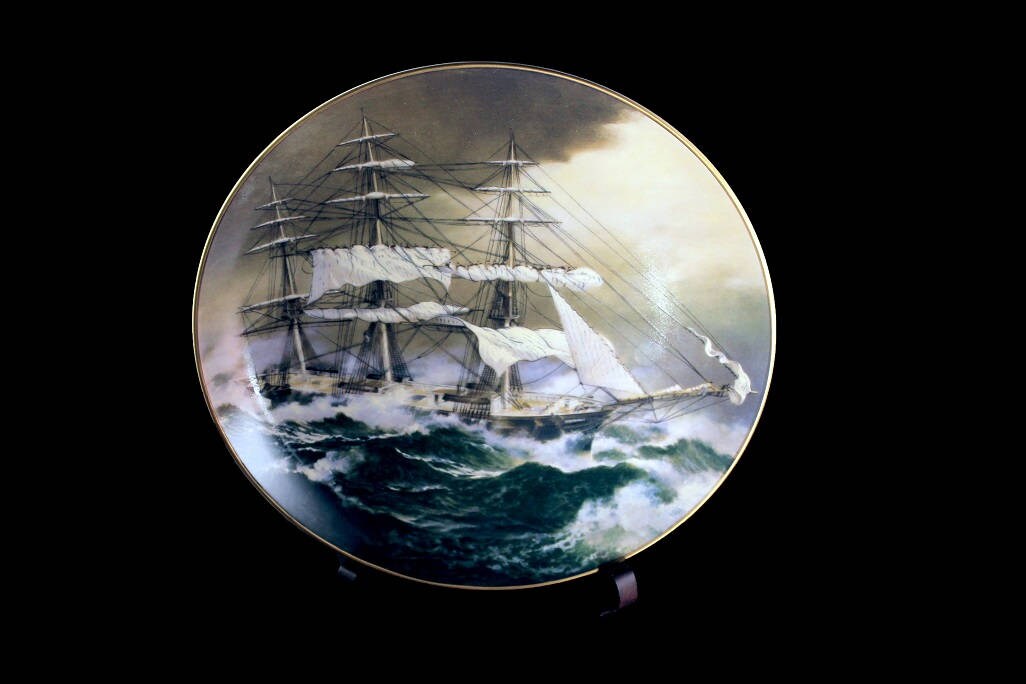 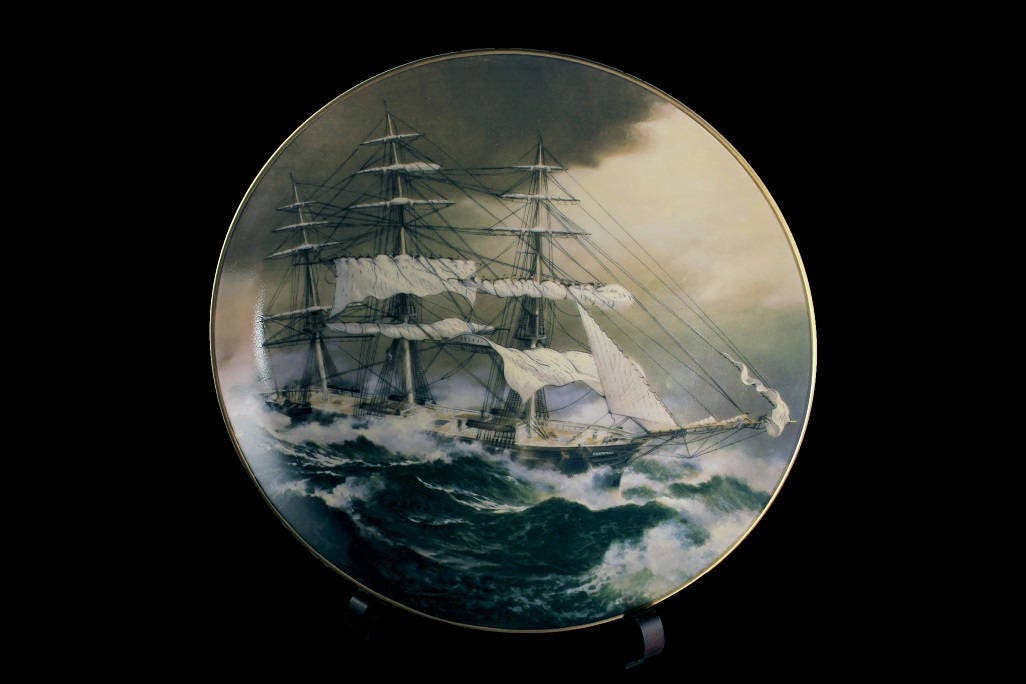 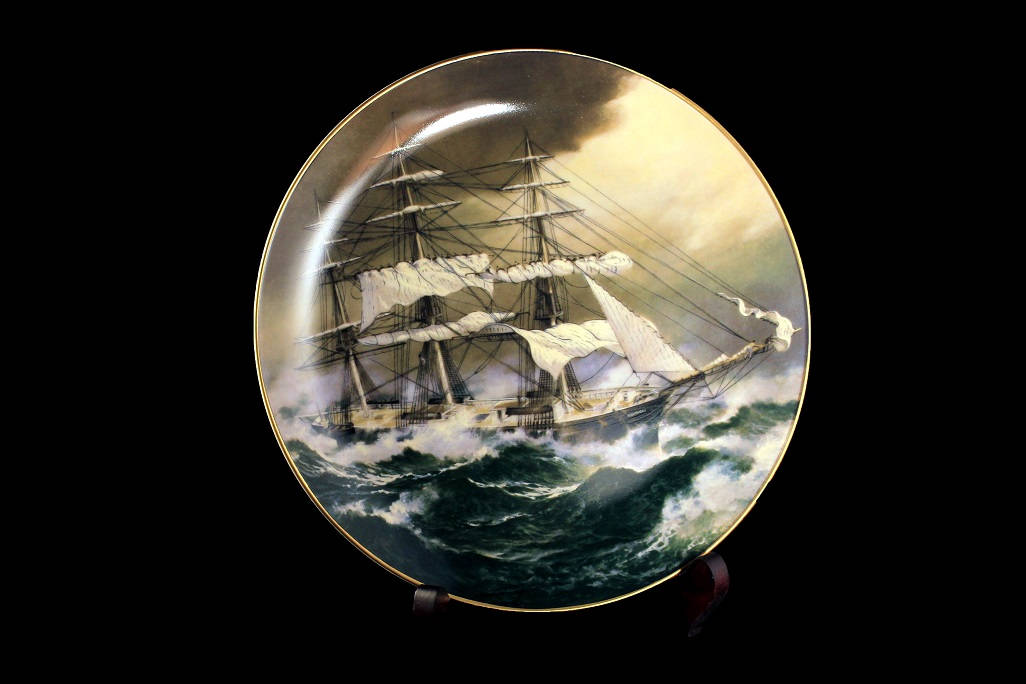 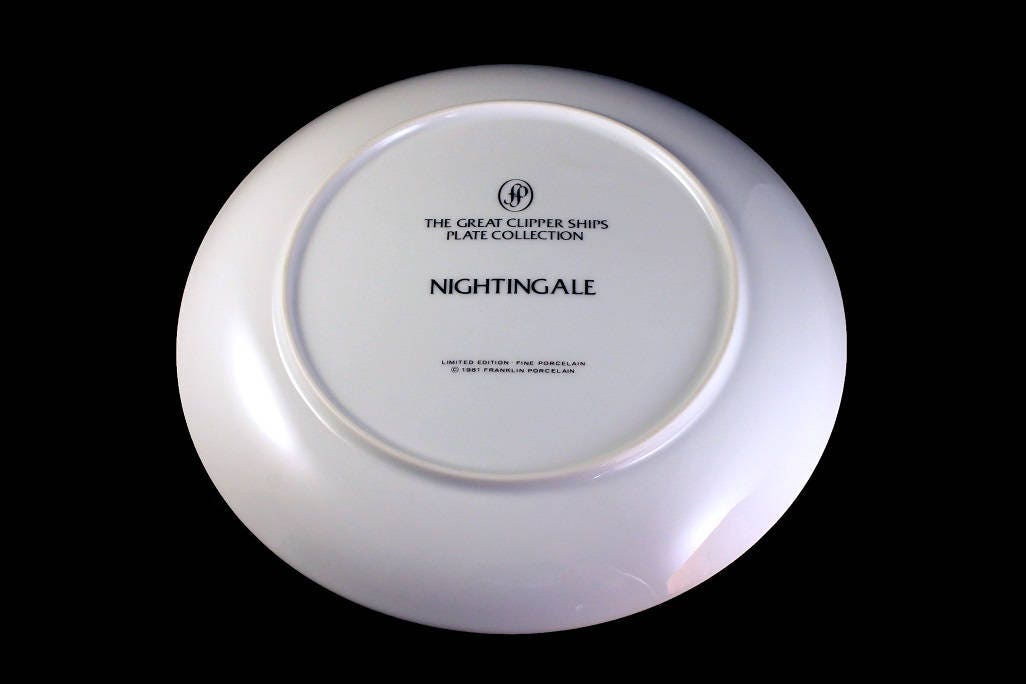 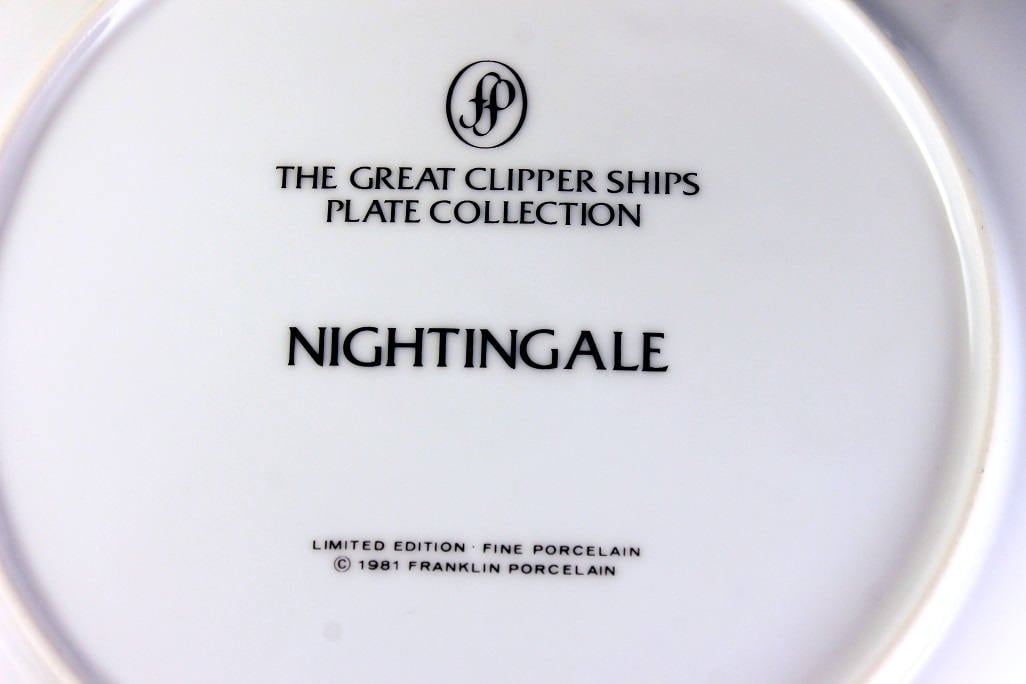 A beautiful limited edition 1981 collector plate from The Franklin Mint. It is from The Great Clipper Ships Collection. This plate is the Nightingale. This would be a lovely addition to your home decor or as a gift. Great for hanging on a wall or added to a china cabinet.

USS Nightingale was originally a tea clipper and slave ship and was launched in 1851. It was designed and built at the Hanscom Shipyard in Eliot, Maine in 1851 by Samuel Hanscomb, Jr. For a time Brazil owned her till the USS Saratoga captured her off Africa in 1861 and the United States Navy then purchased her. During the American Civil War, Nightingale served as a supply ship supporting Union Navy ships and blockading the Confederate States of America. After the war, the Navy sold Nightingale. Nightingale served as the flagship of the 1865–1867 Western Union Telegraph Expedition exploring British Columbia, Alaska, and Siberia toward the aim of laying telegraph cable across the Bering Strait.

Notes: For use in laying telegraph cable across the Bering Straits

Fate: Abandoned at sea in the North Atlantic, 1893, en route from Liverpool-Halifax, NS

This plate is in excellent condition. There are no chips, cracks, or crazing.

It would make a great housewarming, hostess, wedding, shower, or holiday gift. A wonderful gift for the lover of tall ships. A great piece to add to your collection.