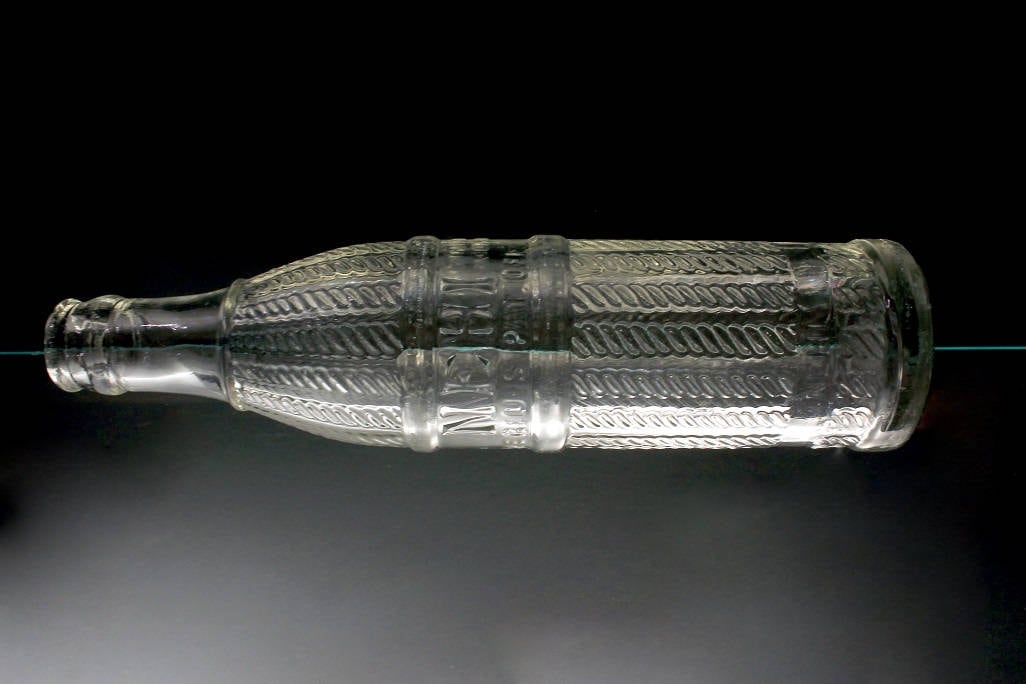 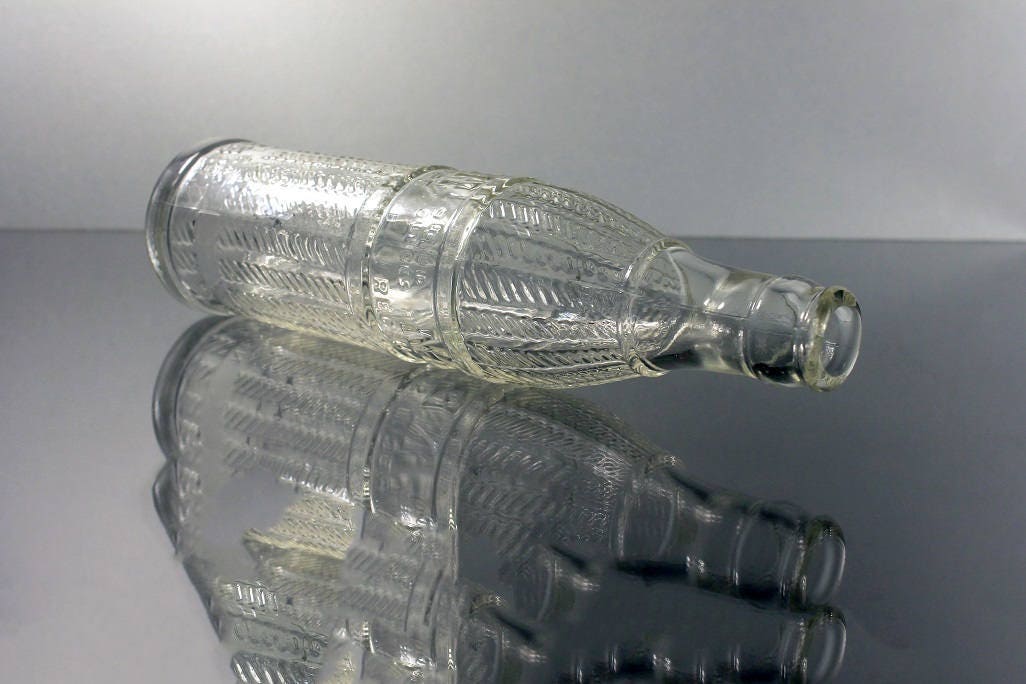 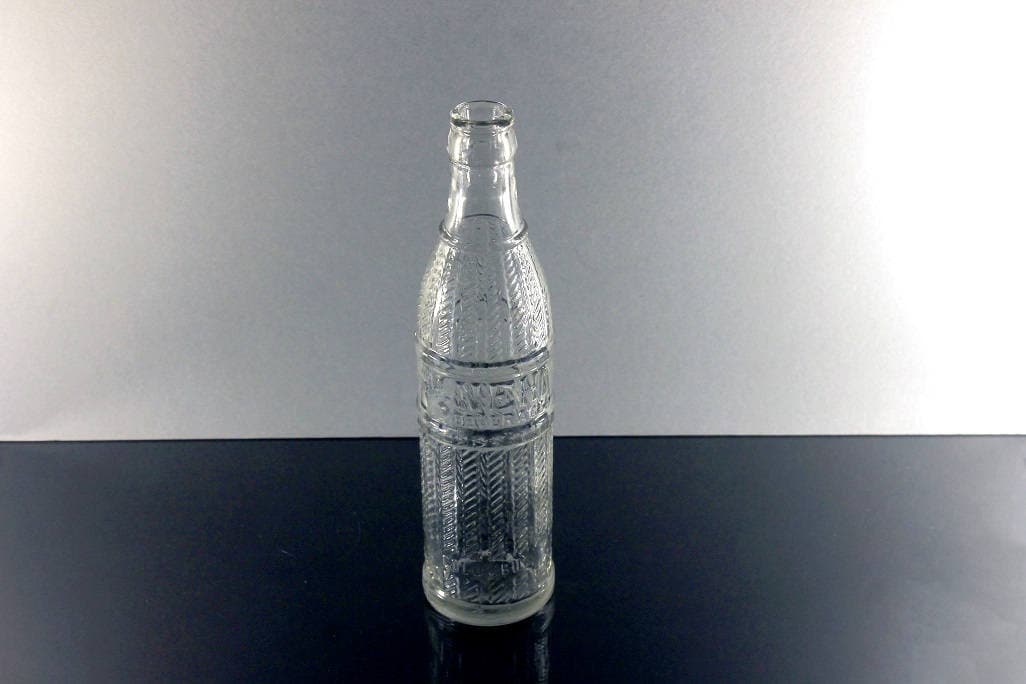 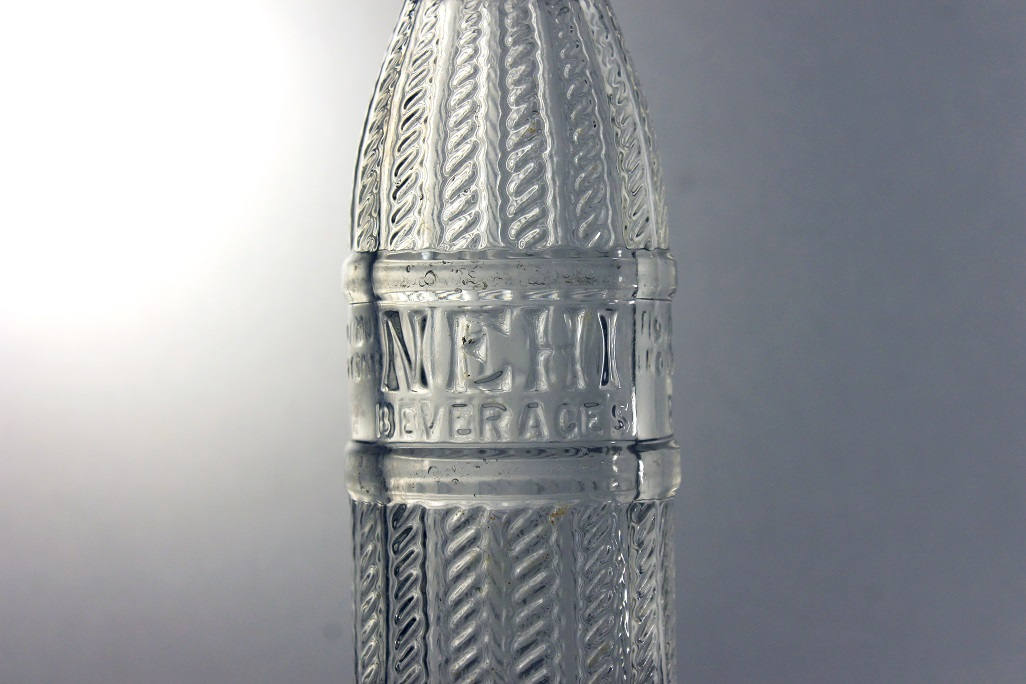 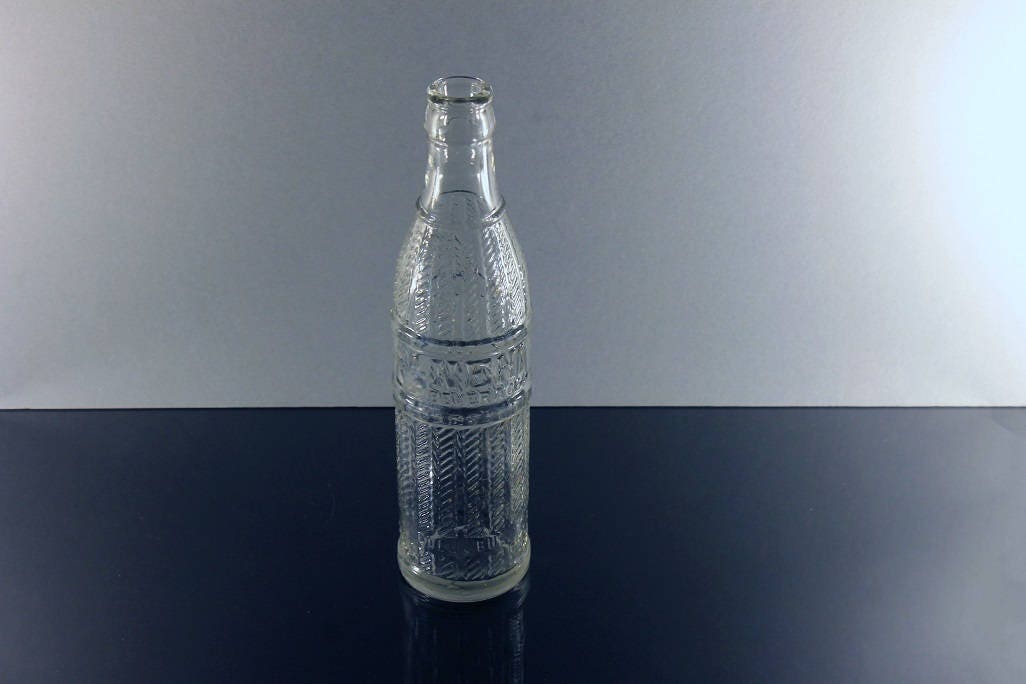 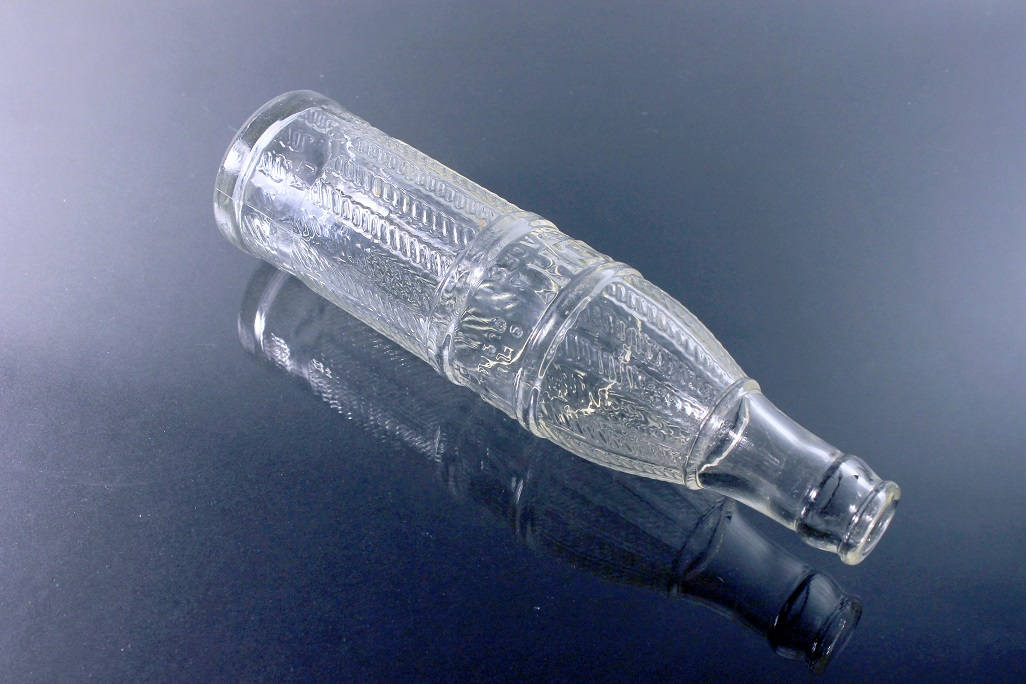 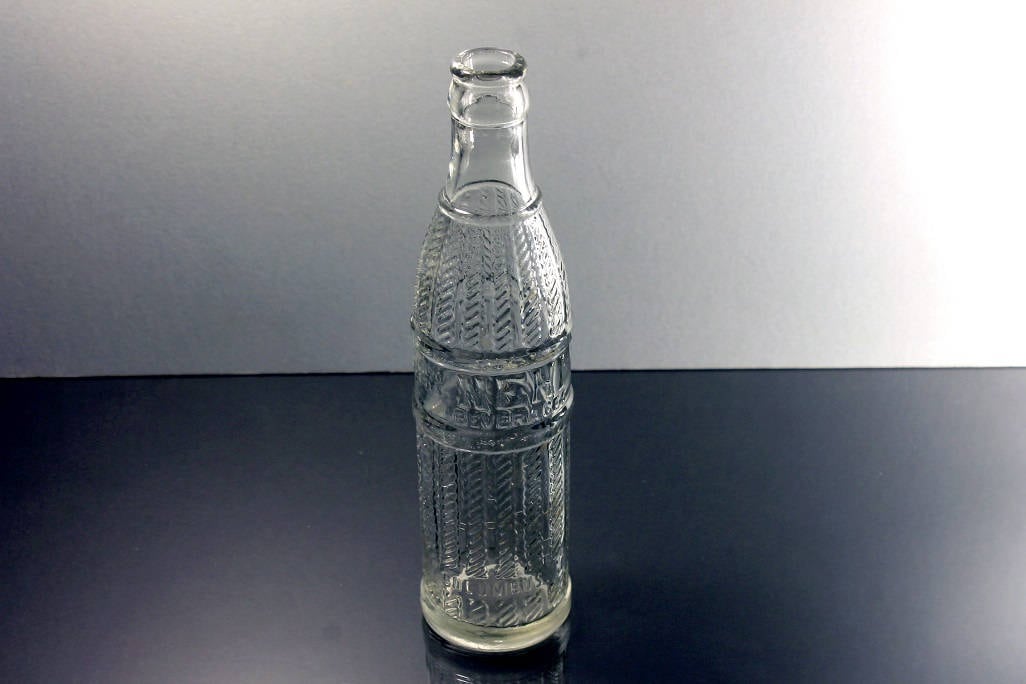 A Nehi soda bottle in the 'silk stocking' pattern. This bottle is from a bottling company in Columbus GA. The bottle is embossed with patent date on the bottom. Nehi is embossed in the middle of the bottle between the silk stocking pattern. It has a machine crown top.

Nehi (pronounced Knee High) is a flavored soft drink that originated in the United States. It was introduced in 1924 by Chero-Cola Union Bottle Works. The Nehi Corporation name was adopted in 1928 after the Nehi fruit-flavored sodas became popular. In 1955, the company changed its name to Royal Crown Company, after the success of its RC Cola brand. It was founded by Claud A. Hatcher, a Columbus, Georgia grocer, who began bottling ginger ale and root beer in 1905. In April 2008, Nehi became a brand of the Dr. Pepper Snapple Group in the United States.

*** Above description will be included with the bottle on tan cardstock***

This bottle is in excellent condition. There are no chips, cracks, or major scratches. There is a small amount of fogging in the bottle.

What a great bottle to add to your collection. You can even put it on a window sill to catch the sunlight and add a touch of old time charm.