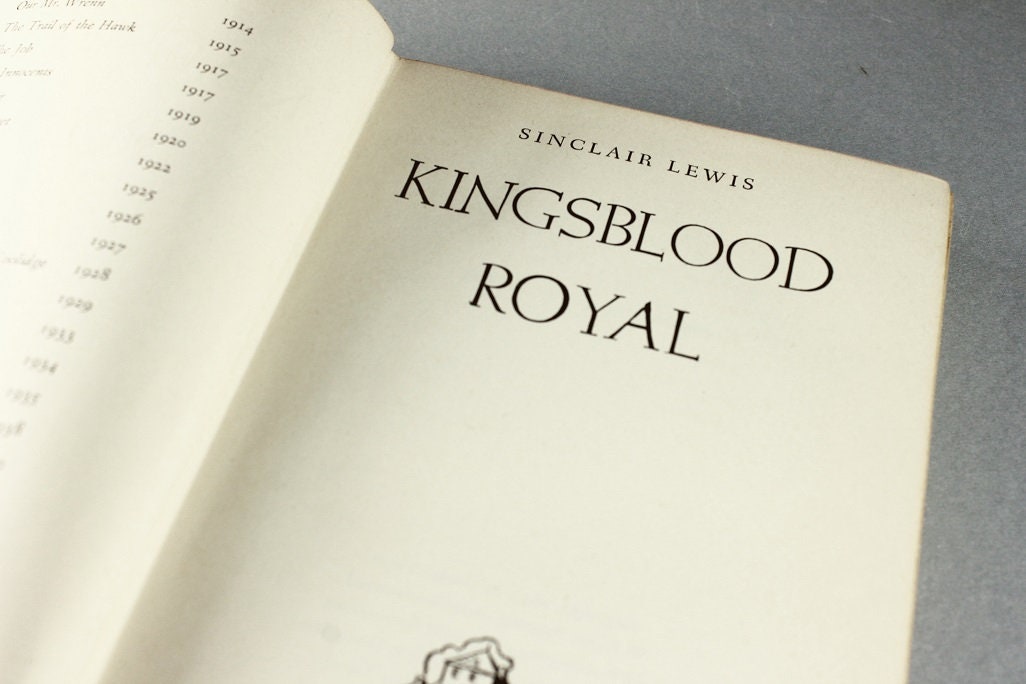 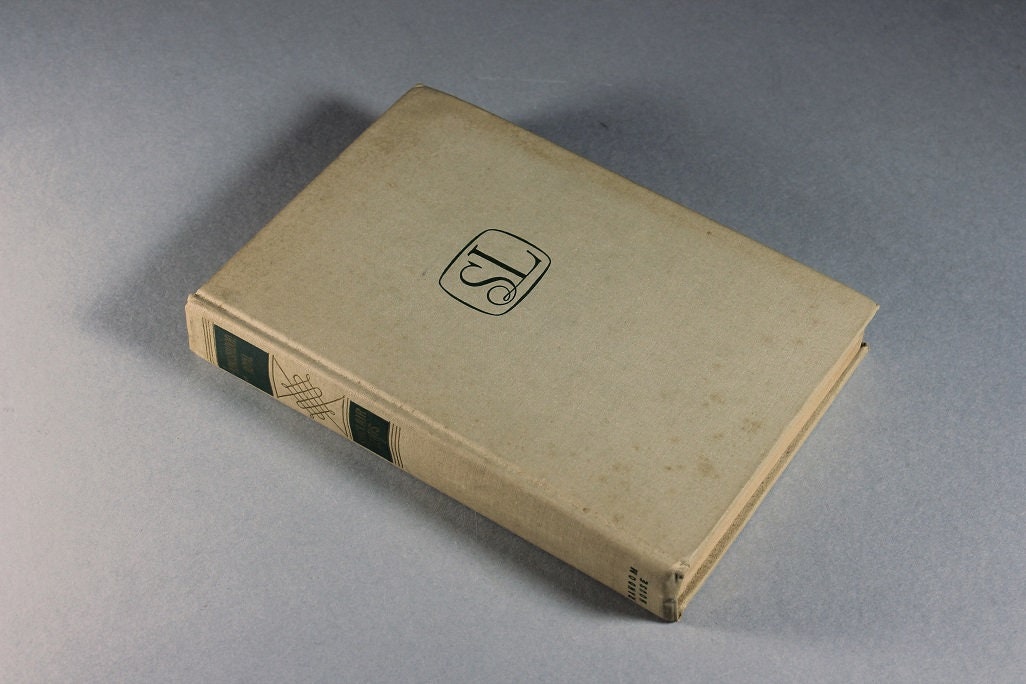 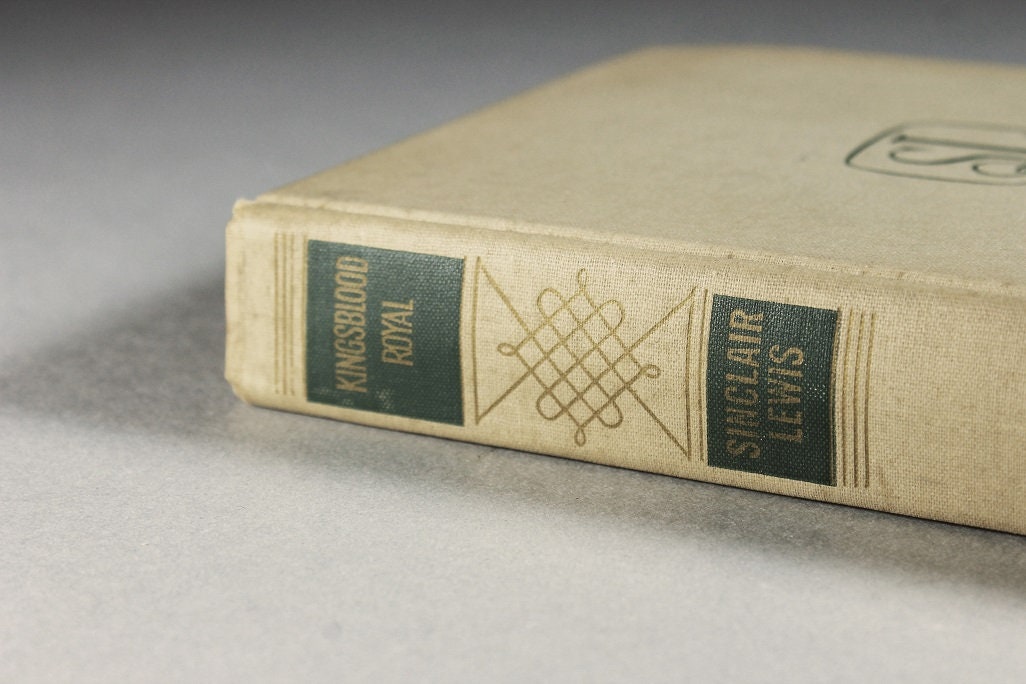 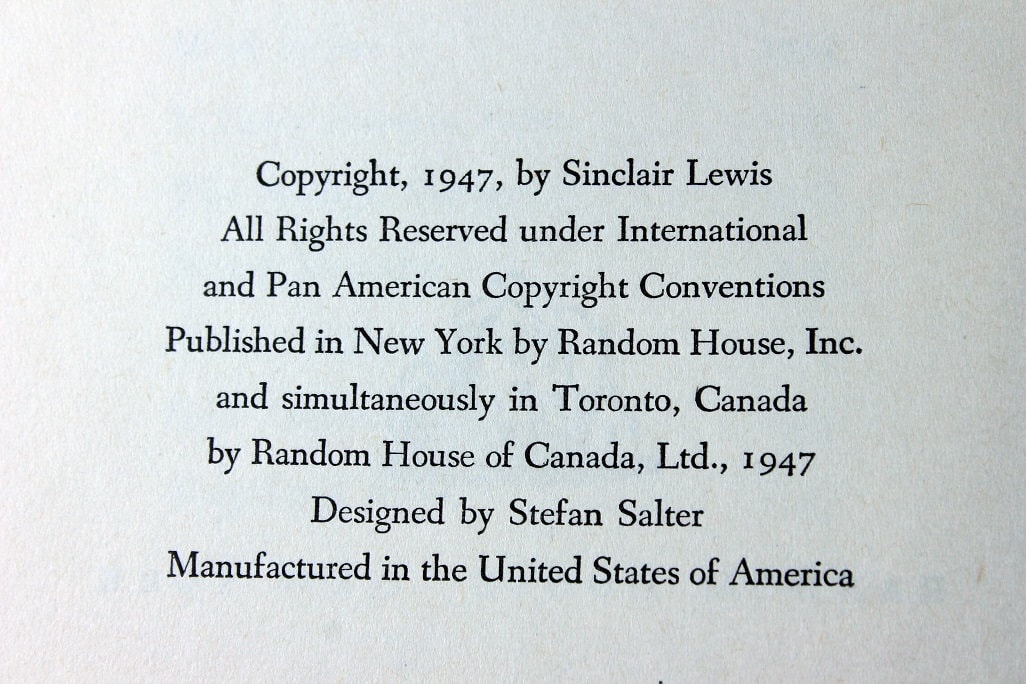 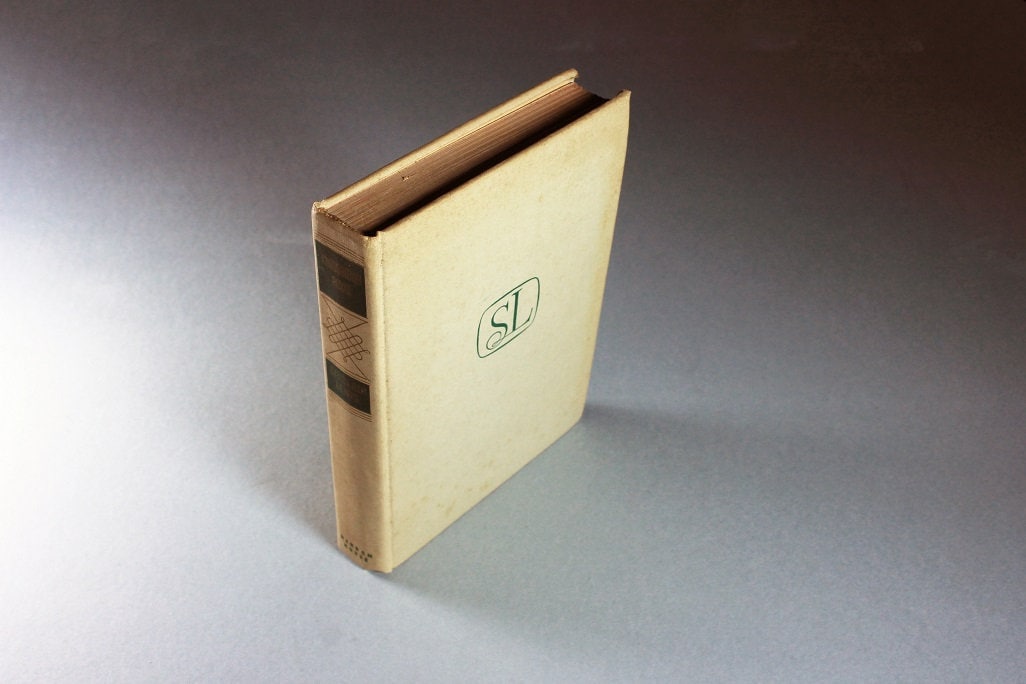 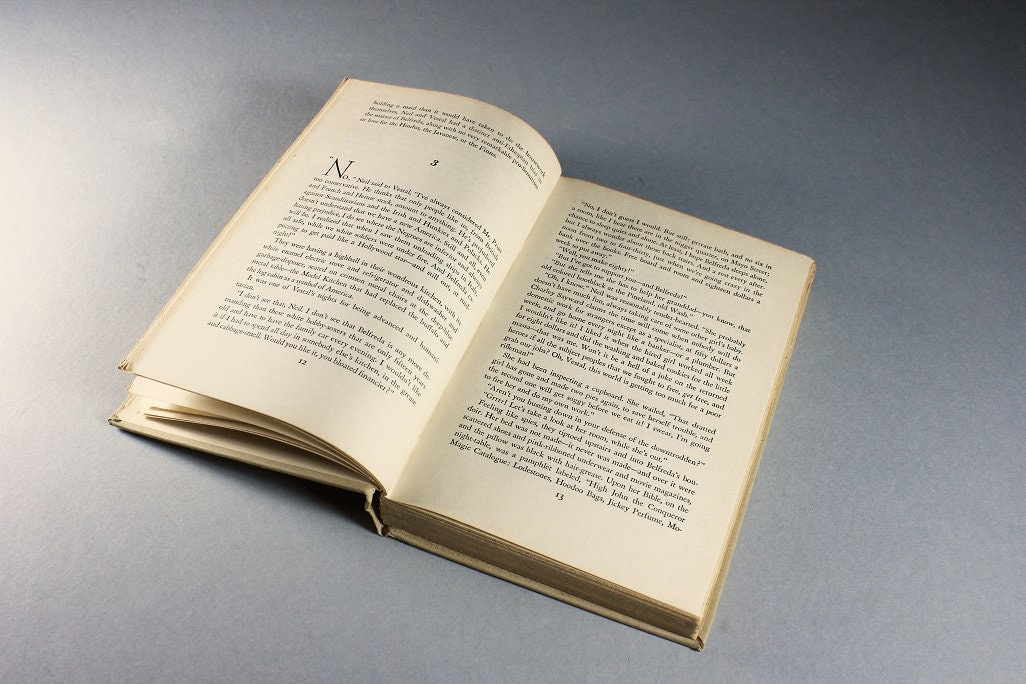 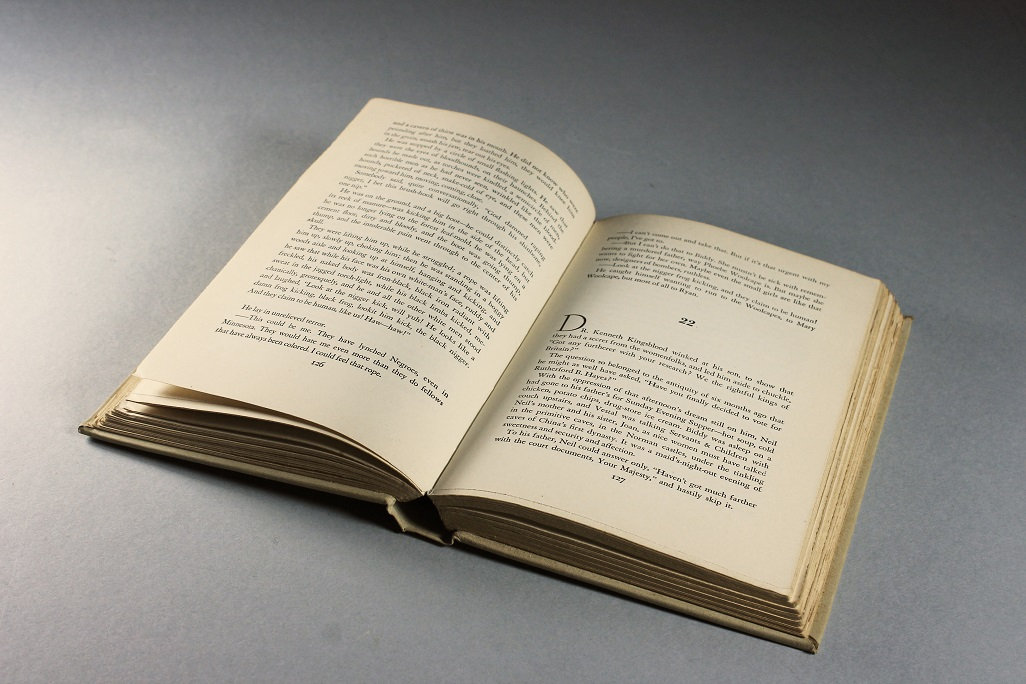 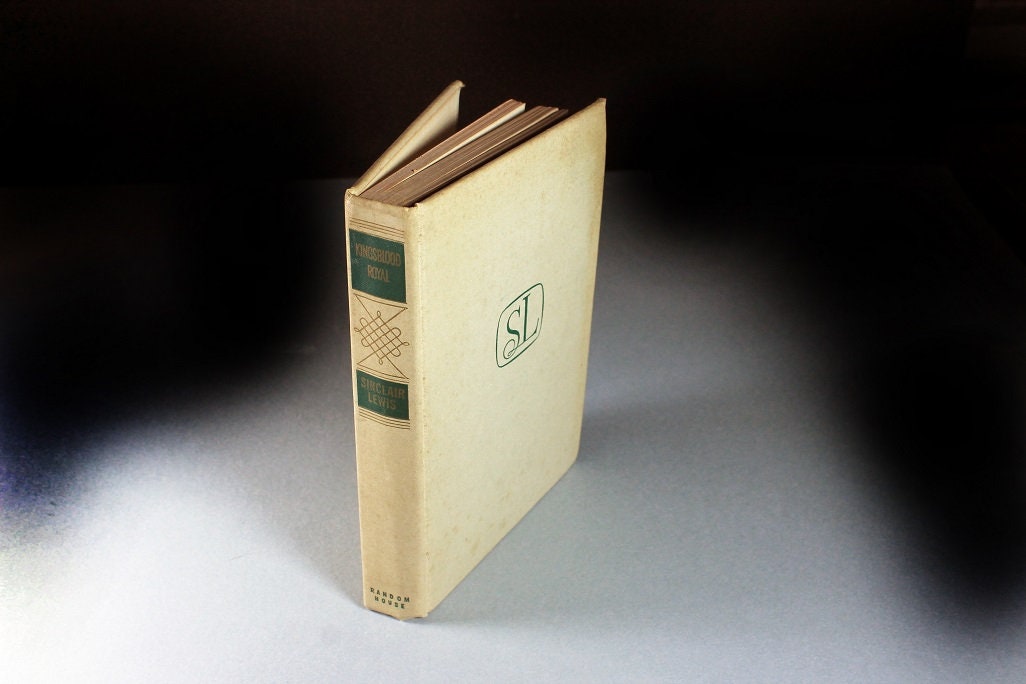 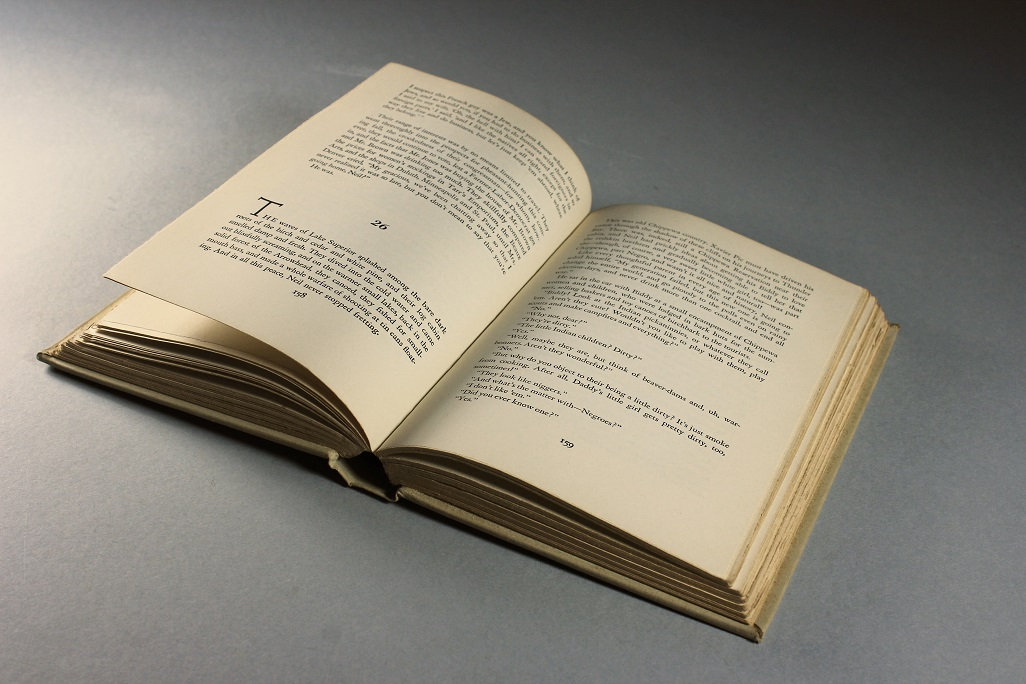 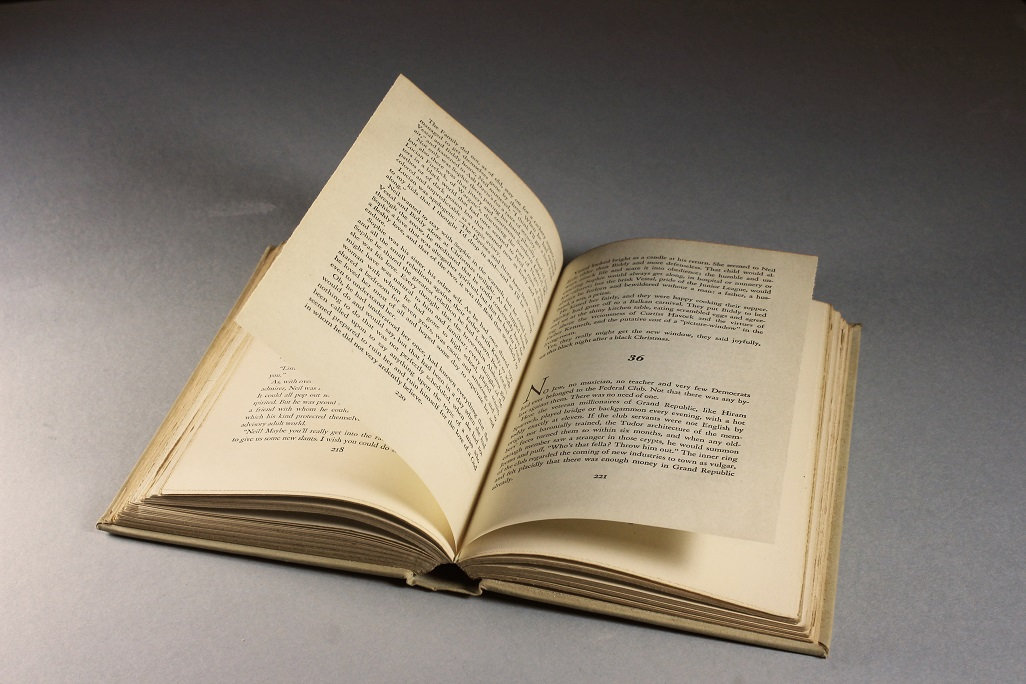 A hardcover fictional novel by Sinclair Lewis. It is entitled Kingsblood Royal. This is a 1947 First Edition. The book's hardcover is gray cloth with Lewis's initials embossed on the front cover board and title on the spine.

The protagonist, Neil Kingsblood, a white middle-class man, discovers while researching his family background that he is directly descended from an African adventurer on the American frontier. Through various intrigues, Kingsblood loses his banking job and takes a lesser one. He begins to be treated differently by former acquaintances, despite the lack of visible black African ancestry. He is forced to choose between continuing what he has come to see as a hollow existence in the white community and taking on the oppressed minority status of the black community. After Kingsblood tells several white friends about his newfound ancestry, the news quickly spreads, and he finds that acquaintances change their behavior toward him. He engages in a struggle against the racism newly apparent but widespread in his community. Because Kingsblood is now black, it is illegal for him and his family to live in their home, which is in a whites-only neighborhood. In the climactic scene, a mob of their former neighbors comes to force the Kingsbloods out.

Harry Sinclair Lewis (1885 – 1951) was an American novelist, short-story writer, and playwright. In 1930, he became the first writer from the United States to receive the Nobel Prize in Literature, which was awarded "for his vigorous and graphic art of description and his ability to create, with wit and humor, new types of characters." His works are known for their insightful and critical views of American capitalism and materialism between the wars. He is also respected for his strong characterizations of modern working women.

This book is in Good condition. The book has no rips or tears. The binding is completely tight and the pages are slightly yellowed with age. There is some staining to the front cover, no dust cover, and there is no writing or marks in the book.