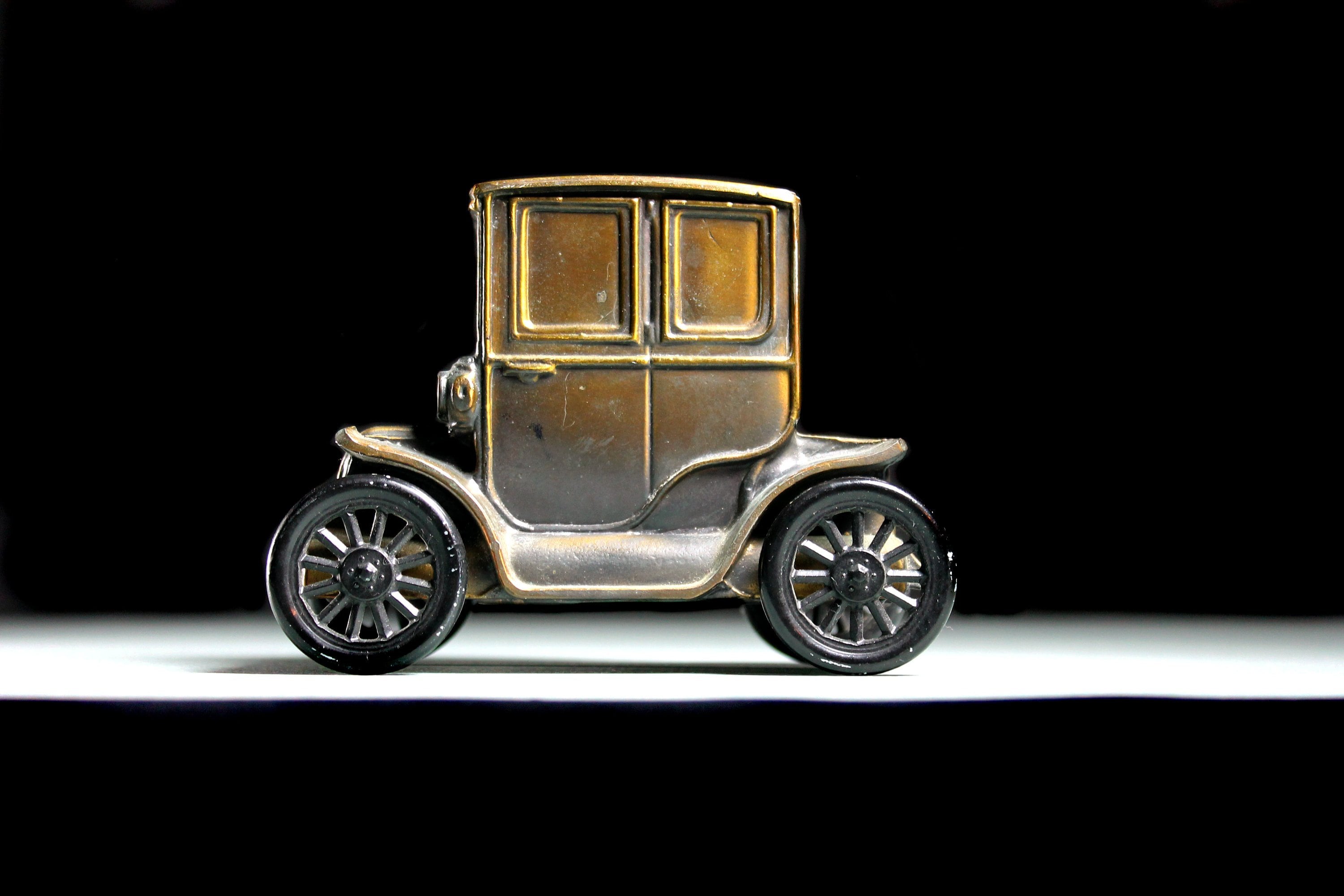 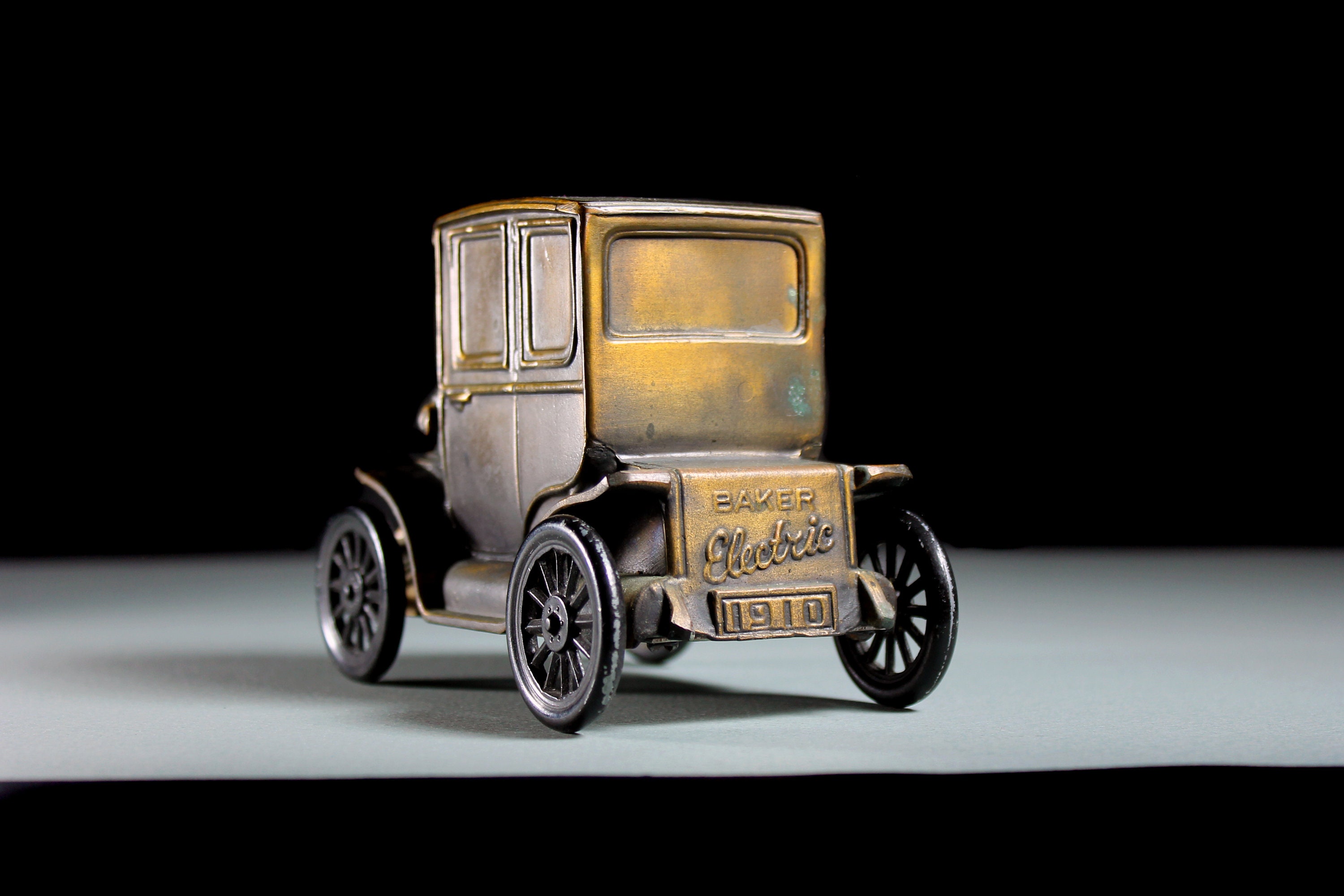 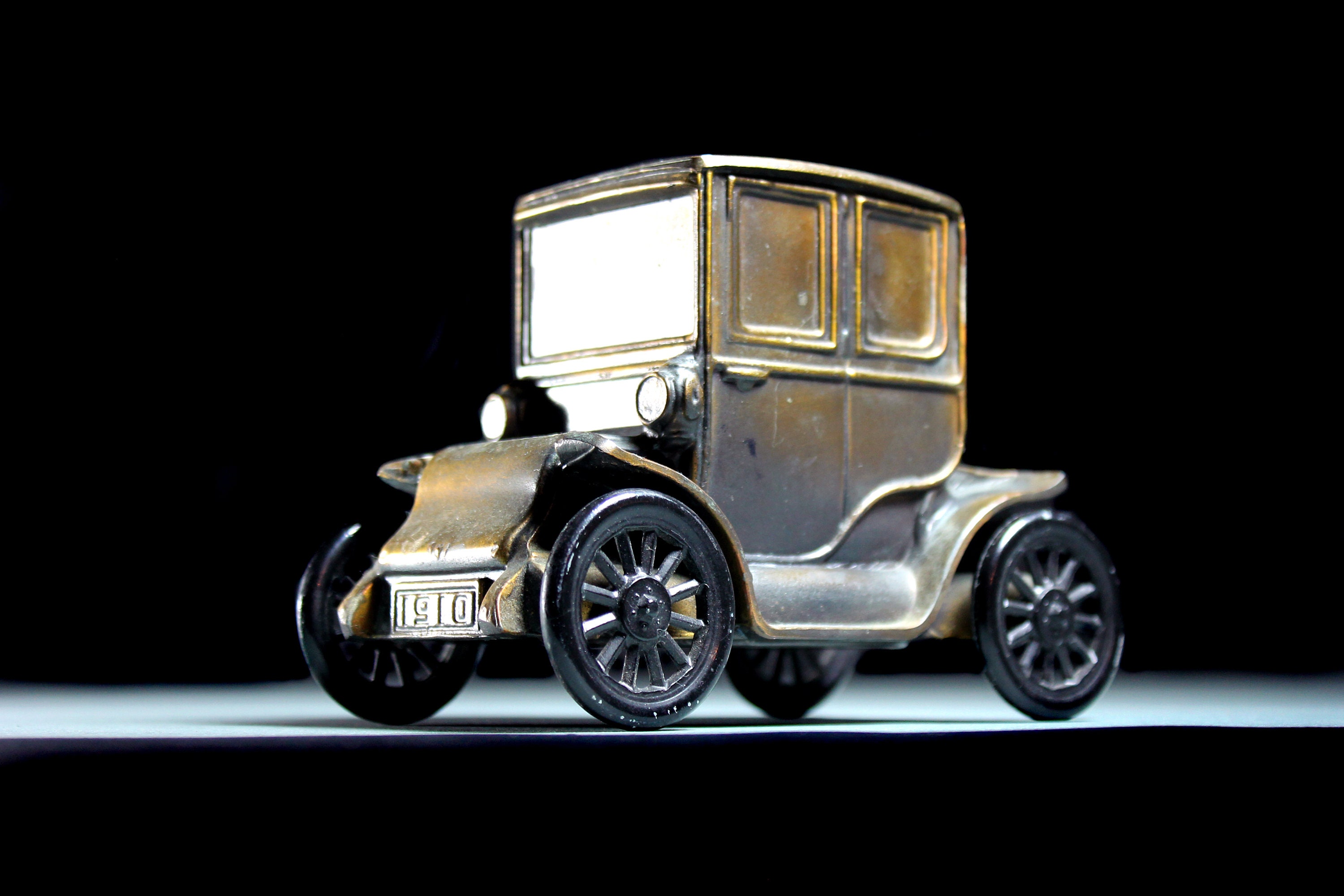 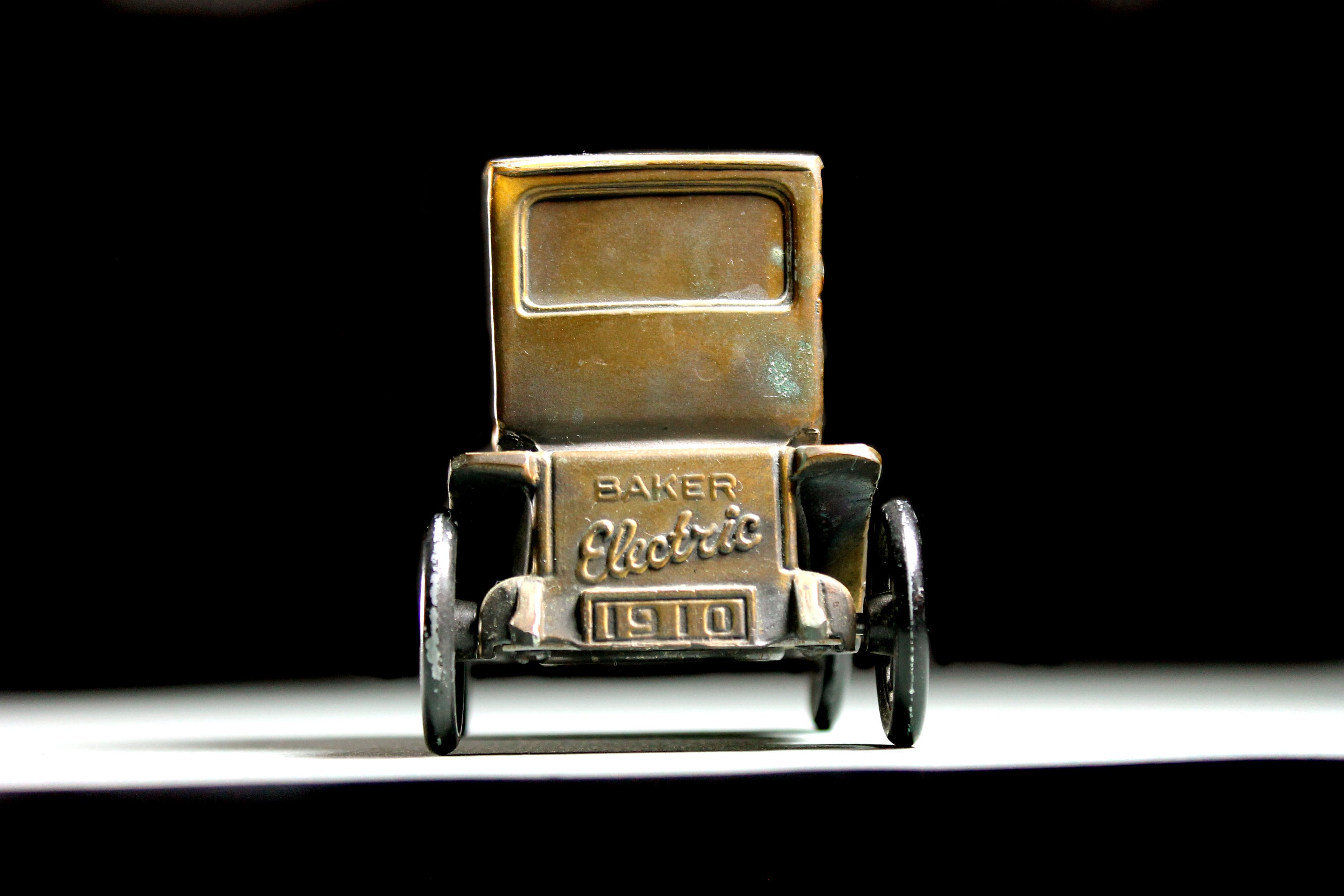 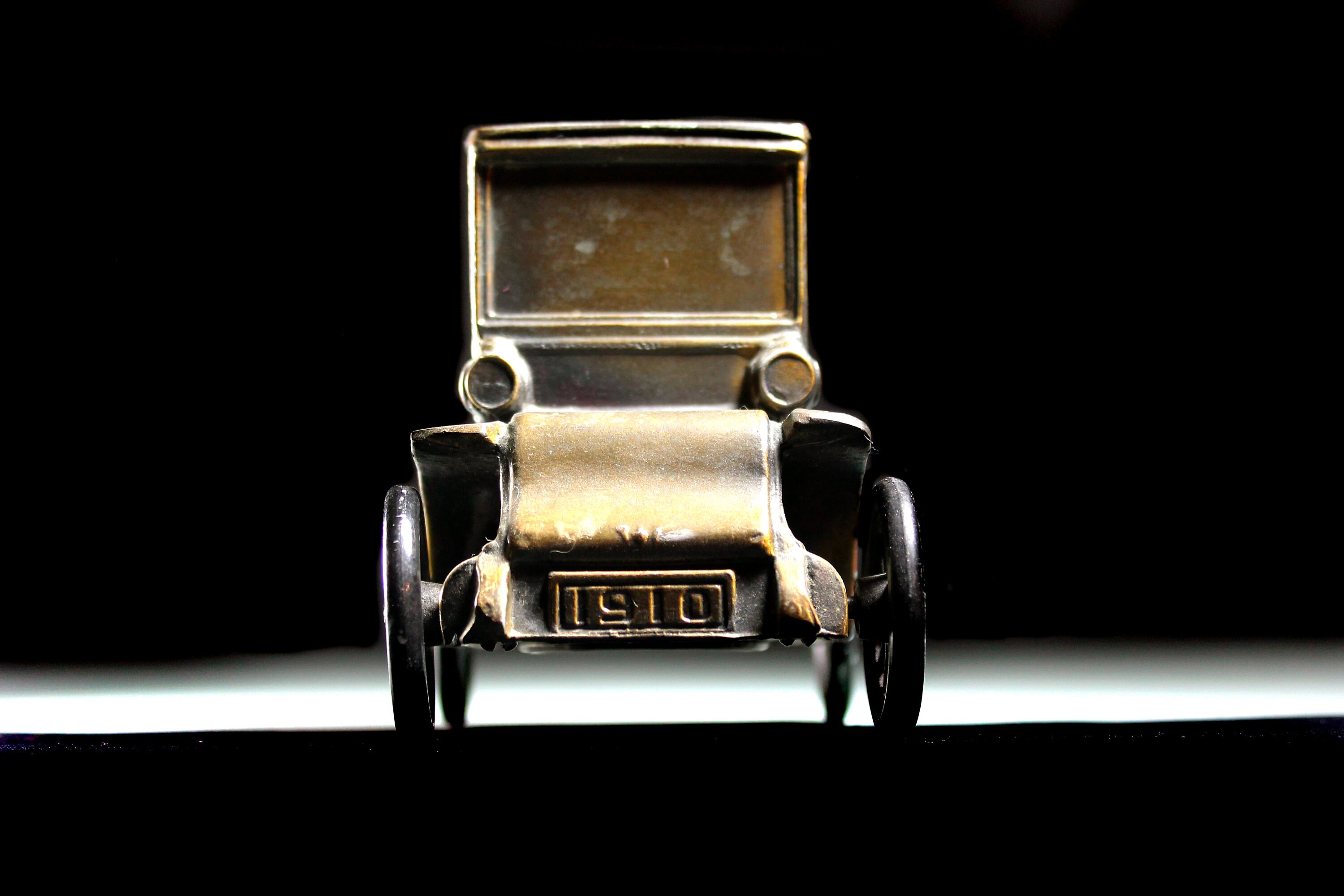 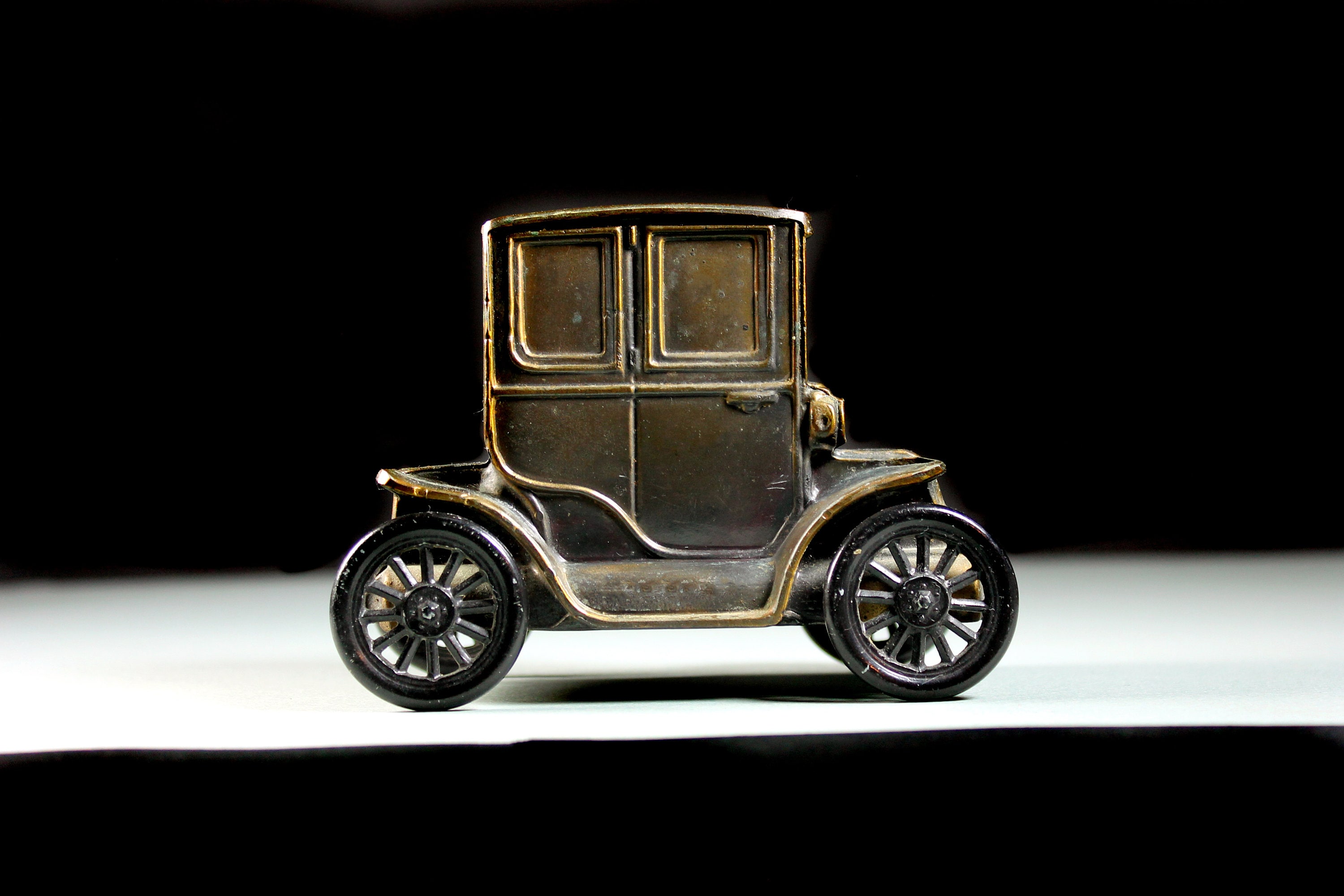 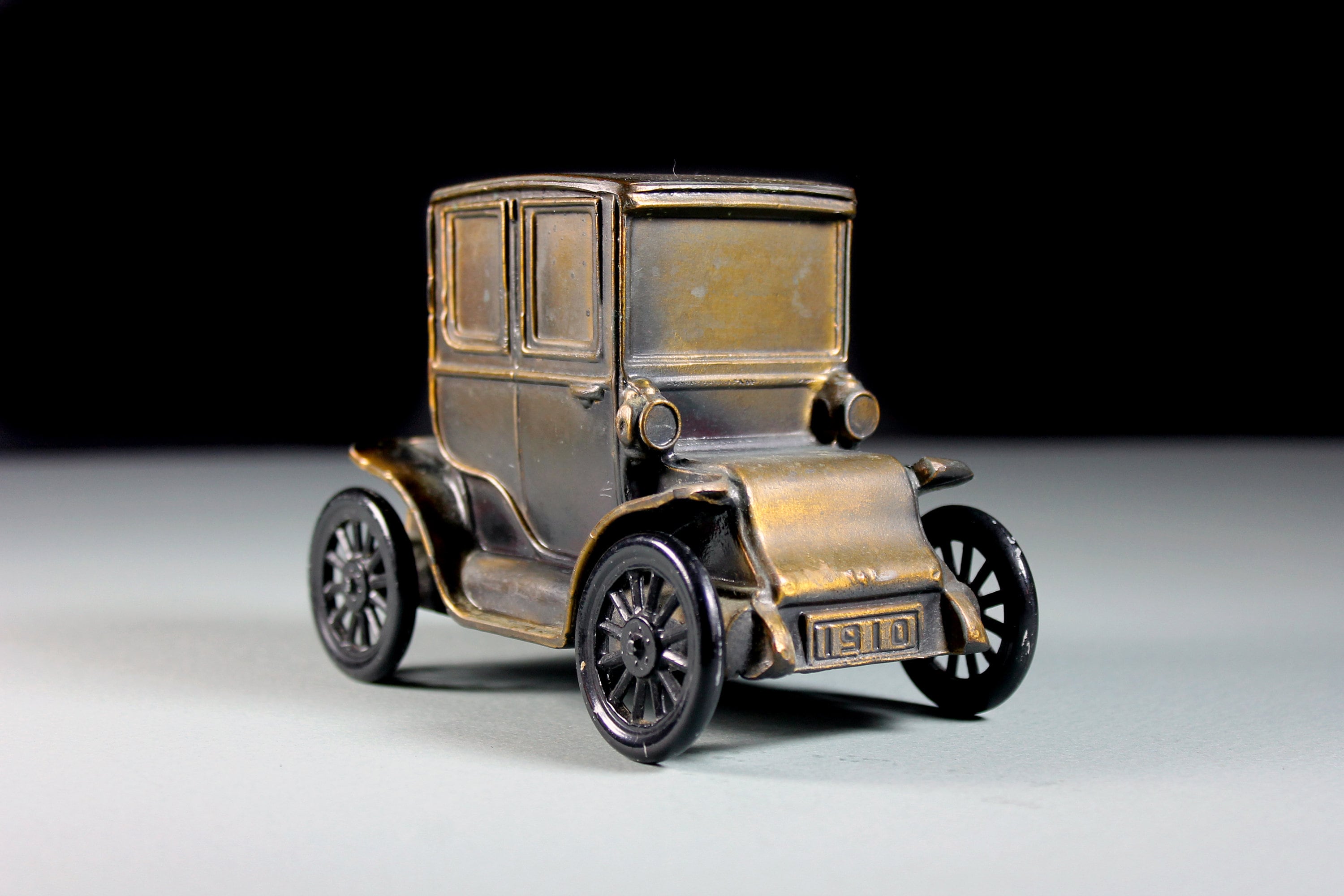 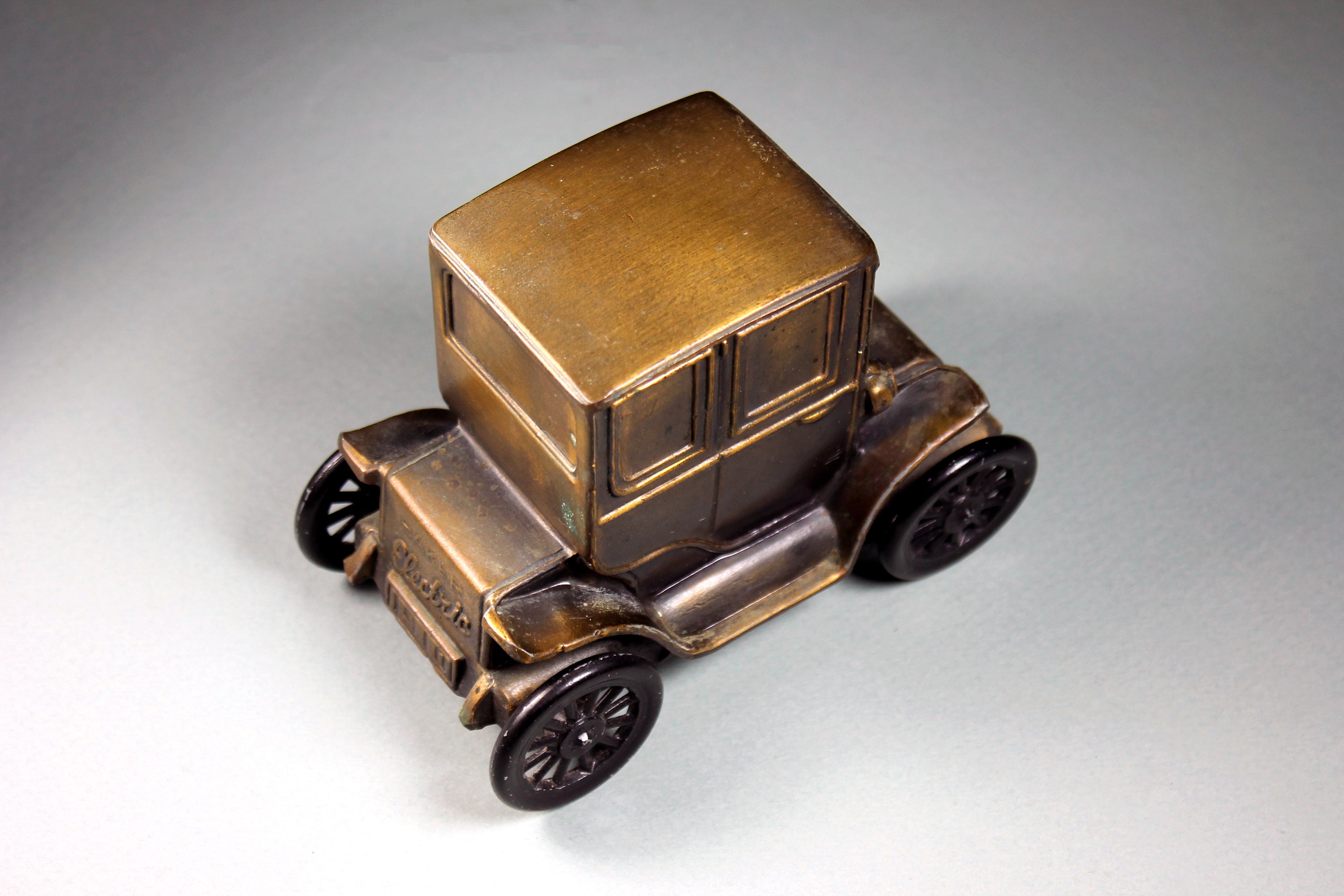 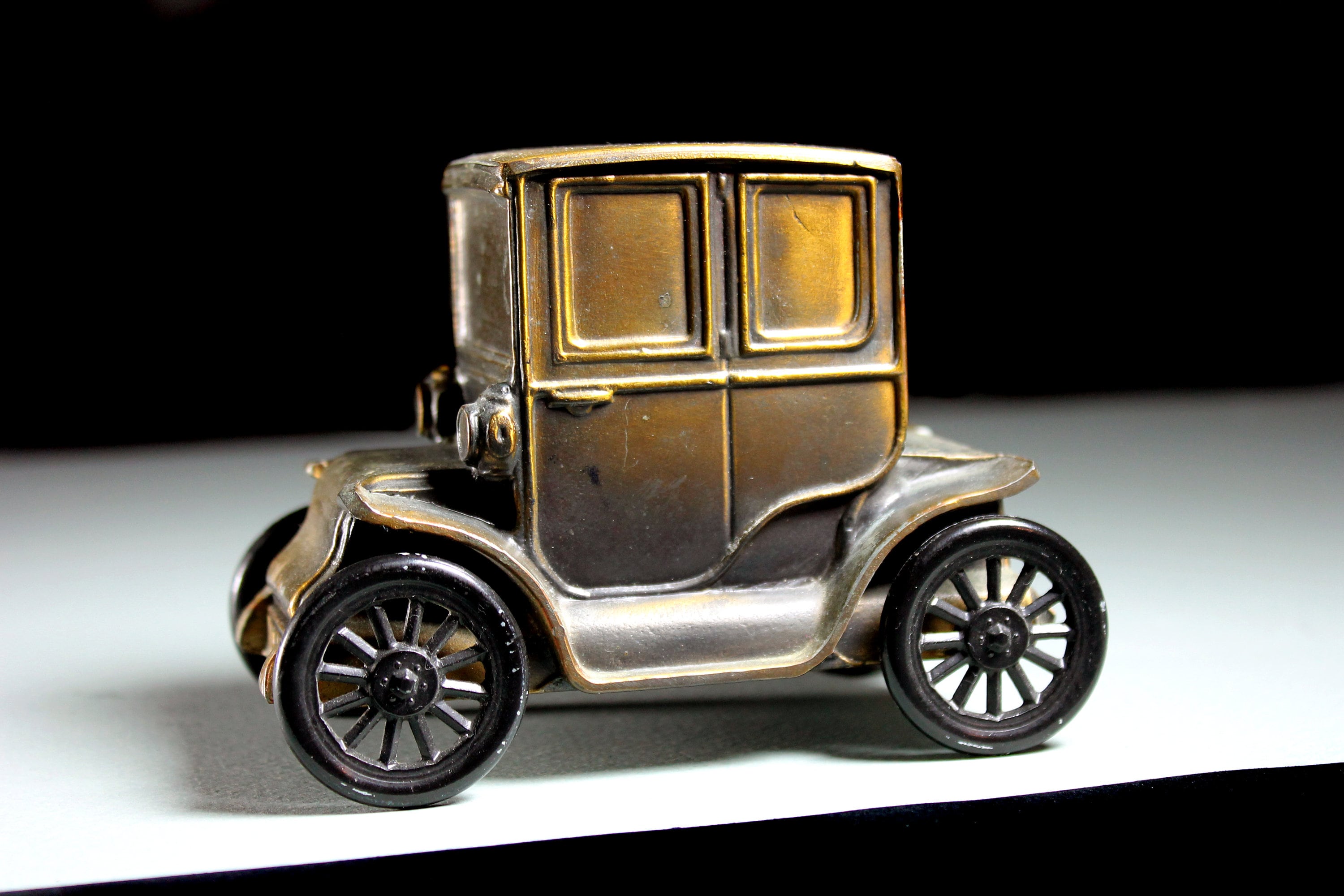 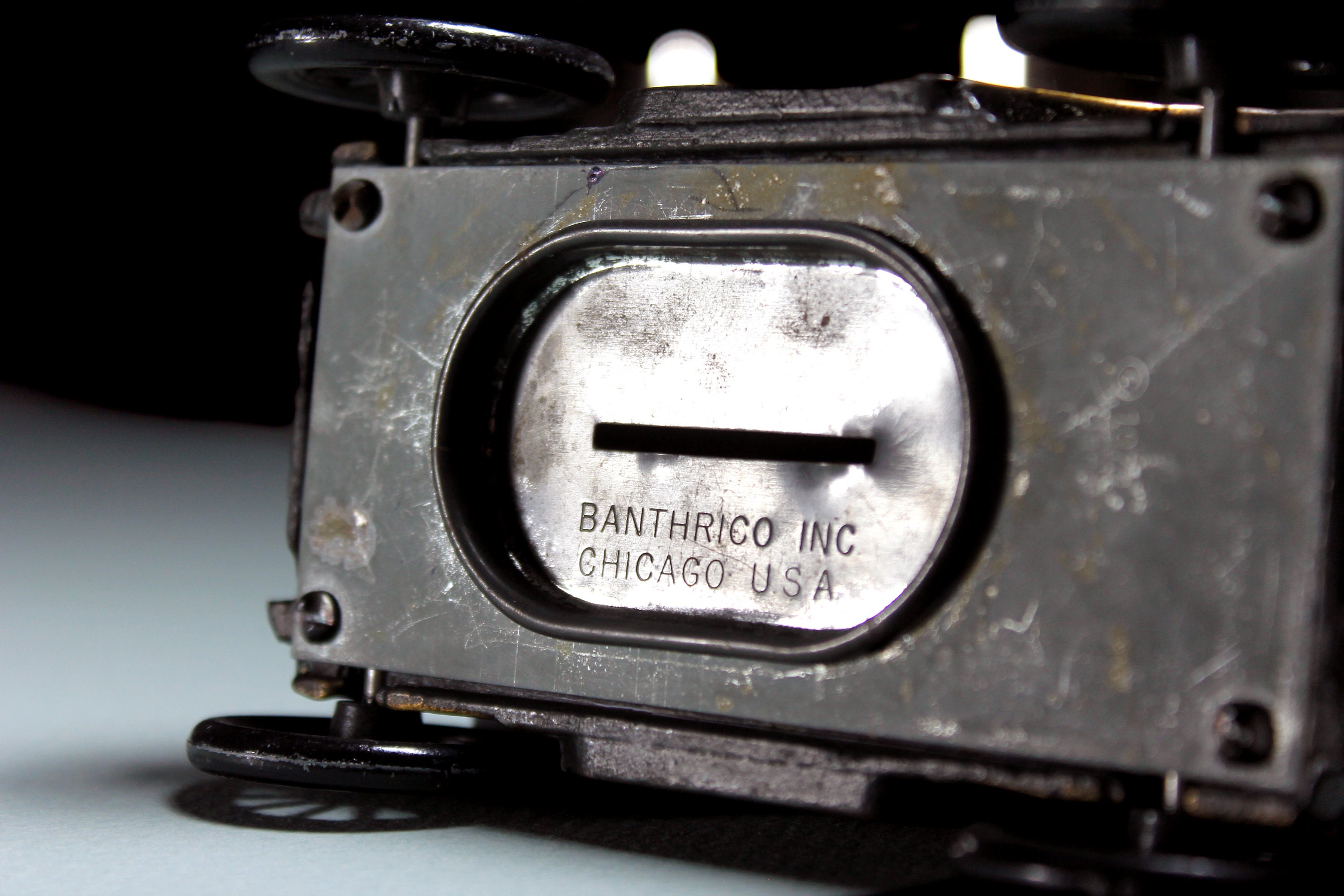 A wonderful car coin bank by Banthrico Inc. Chicago, USA. It is a die-cast model of a 1910 Baker Electric car. This is a 1974 collectible item. These were often given out by companies as an advertising gift and were marked with their name. This one has no advertising markings. What a great bank to add to a collection.

In 1931, Jerome Aronson and Joseph Eisendrath purchased the business and equipment of Banker’s Thrift Corporation, creating a new company with the abbreviated name Ban-thri-co. Both Banker’s Thrift and its subsidiary, Stronghart, were well-known makers of coin banks. Although Banthrico continued the Bankers Thrift and Stronghart name during the 1930s, most banks were clearly incised with the Banthrico name in the base and/or trap door of the bank until the company was sold to Toystalgia in 1985. Banthrico made over 900 different metal banks; most were sold to financial institutions. This vast variety of banks reflects Banthrico’s capacity to create designs and produce molds for custom orders of as few as 500 or 1000 units. The designs included famous politicians, actors, college mascots, fictional characters, animals, birds, fish, household items, food products, modes of transportation, and buildings, particularly those of the financial institution giving away the premium. Most Banthrico banks were made of “white metal” consisting of 95% zinc, 5% aluminum and traces of copper, and brass. The production of the banks required a highly skilled workforce including a sculptor, mold maker, engraver, chemist and metallurgist. The production was by hand. The caster poured the molten metal into each mold separately. Later, imperfections and burrs were removed with a belt sander and buffing wheel. Banks were then colored through an electroplating process and a clear lacquer was applied.

This coin bank is in very good condition. It is used and does show signs of being loved. There are some rub marks and the black paint on the wheels are chipped. Our price reflects these imperfections.

It's a solid piece. My husband will love it