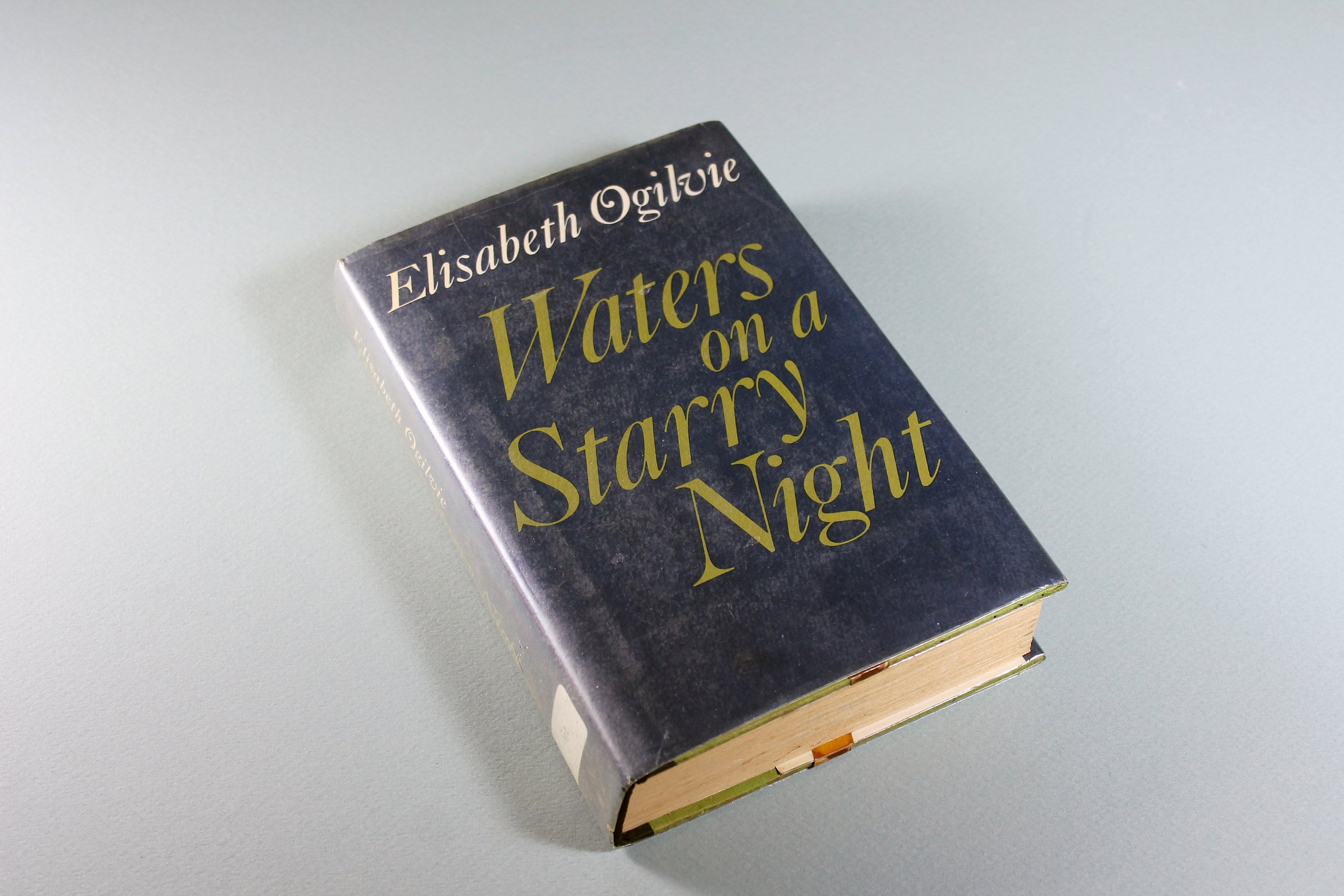 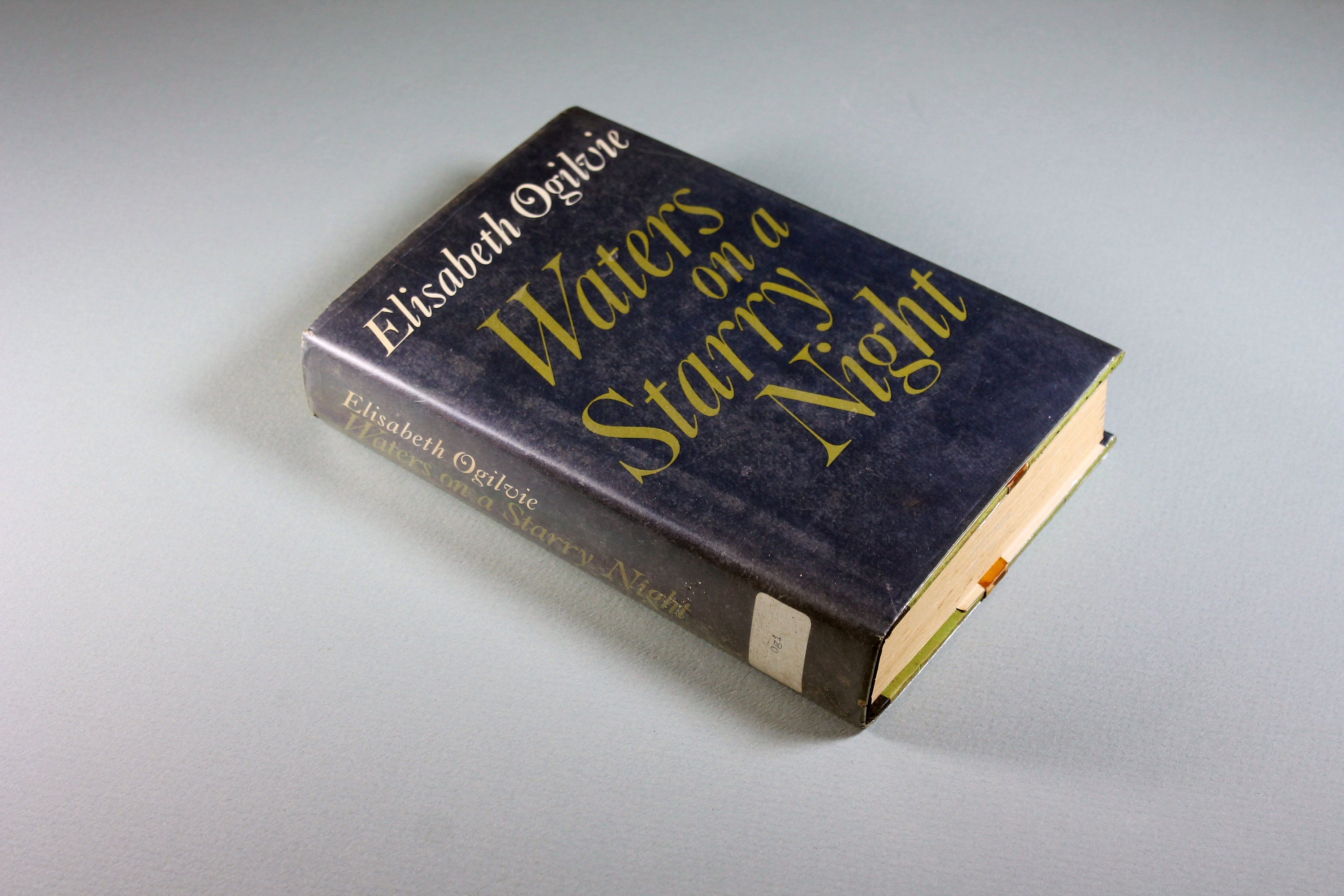 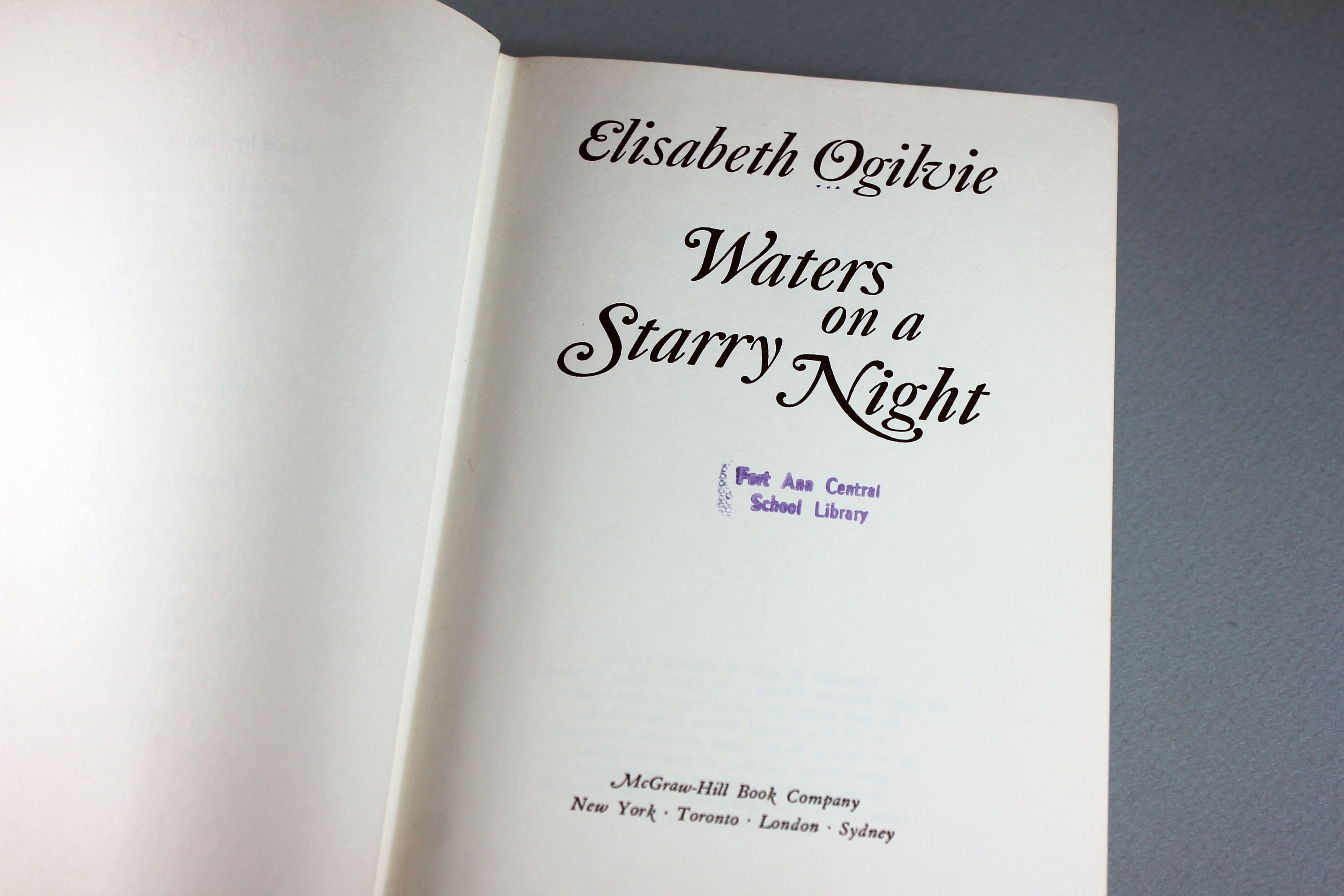 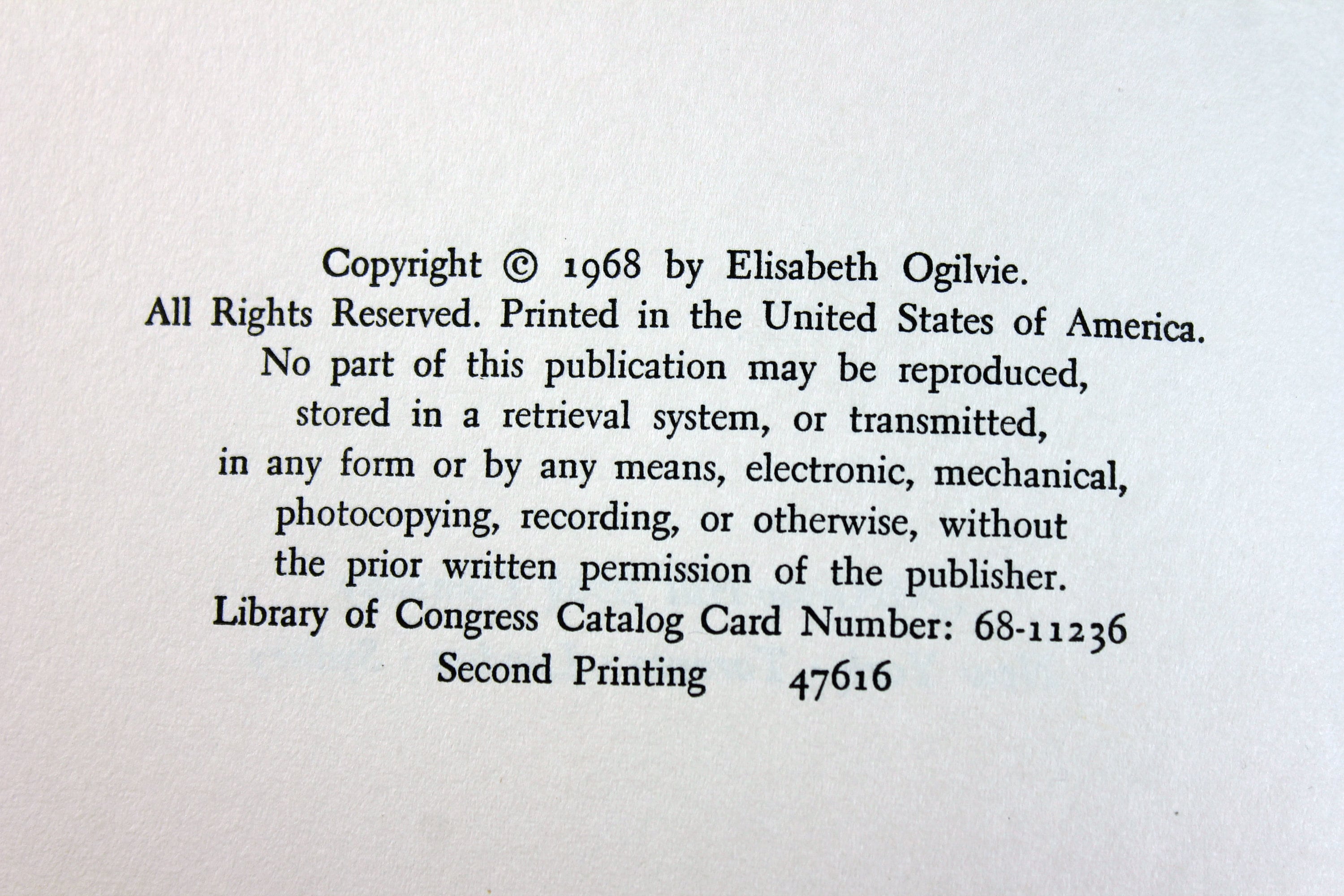 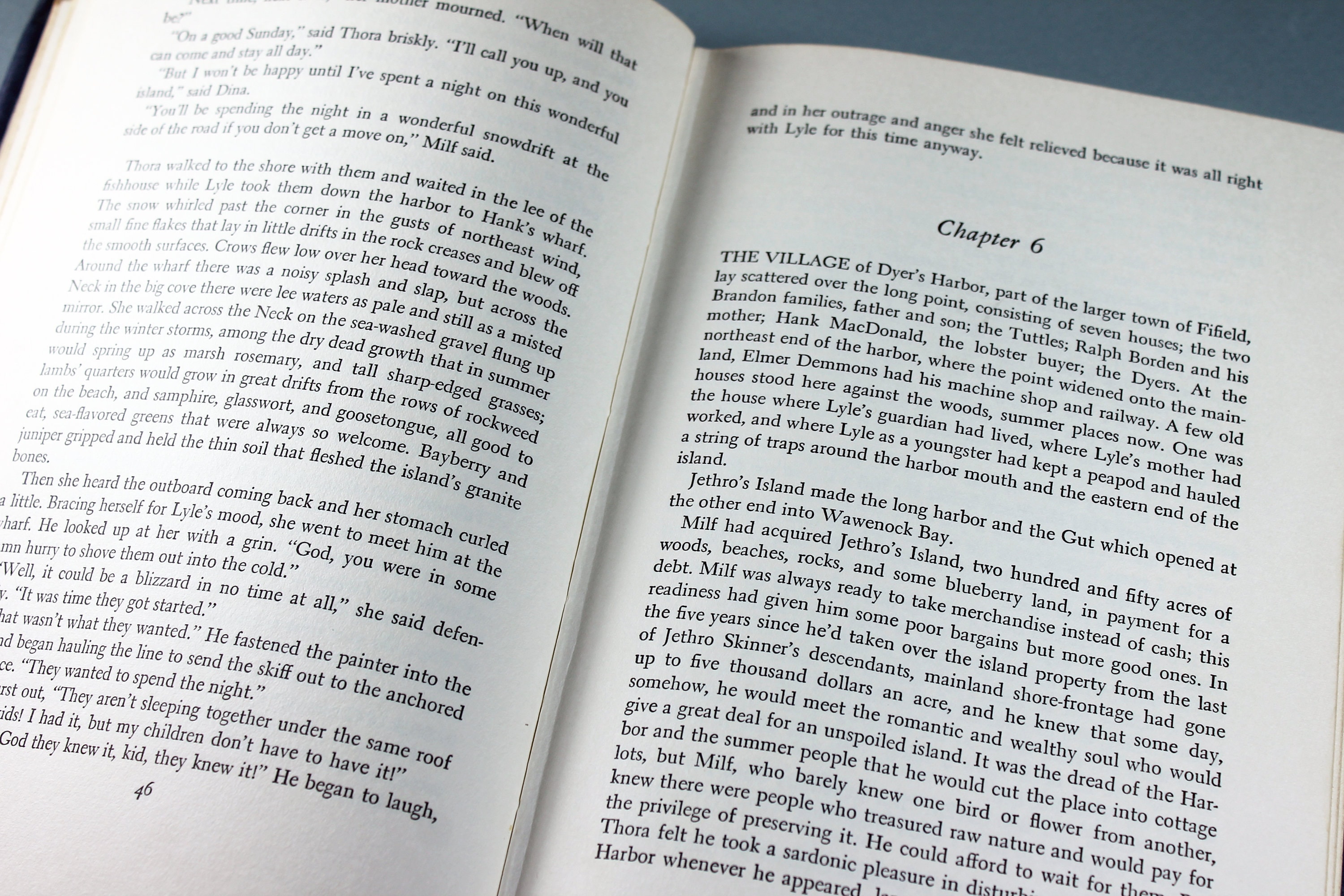 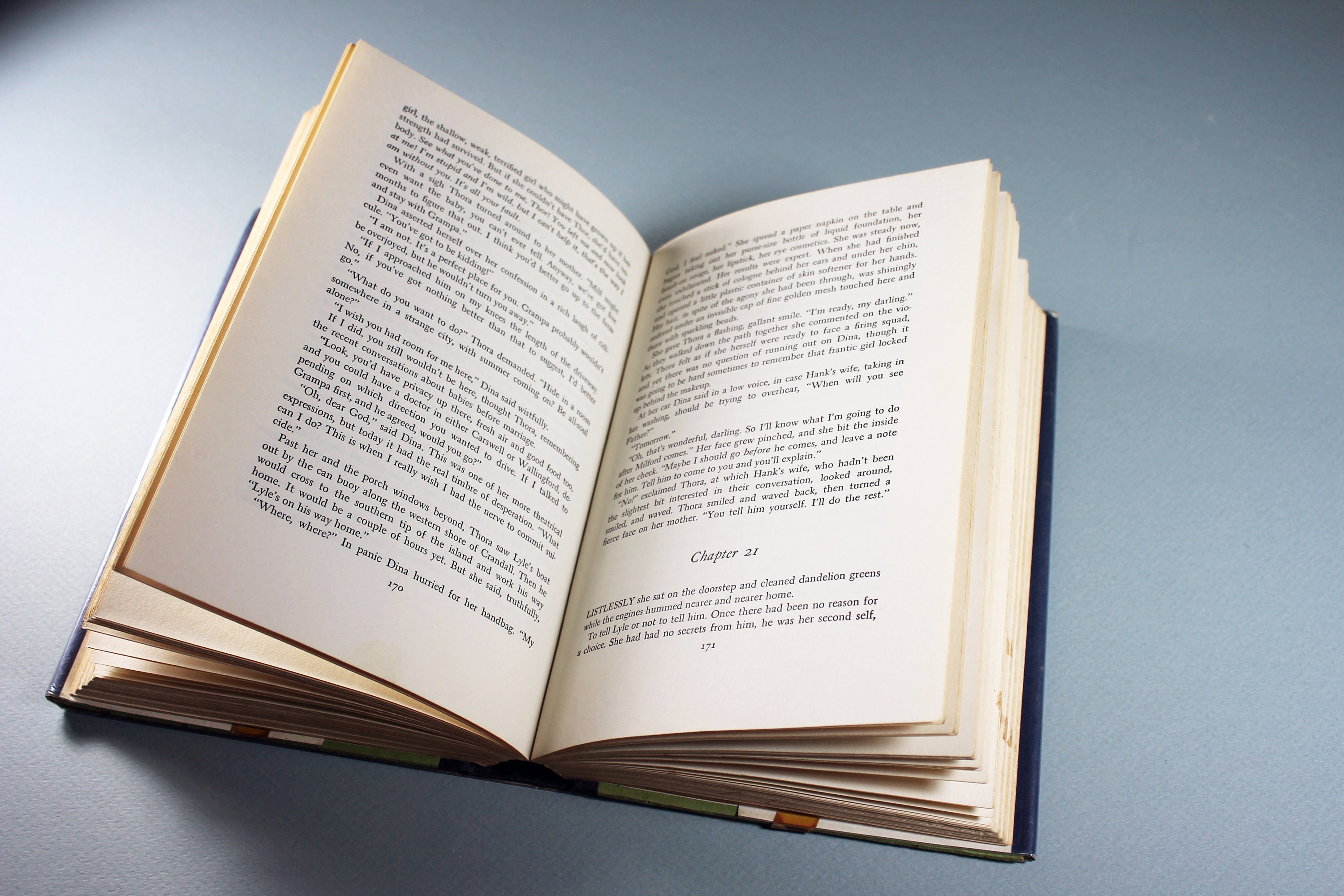 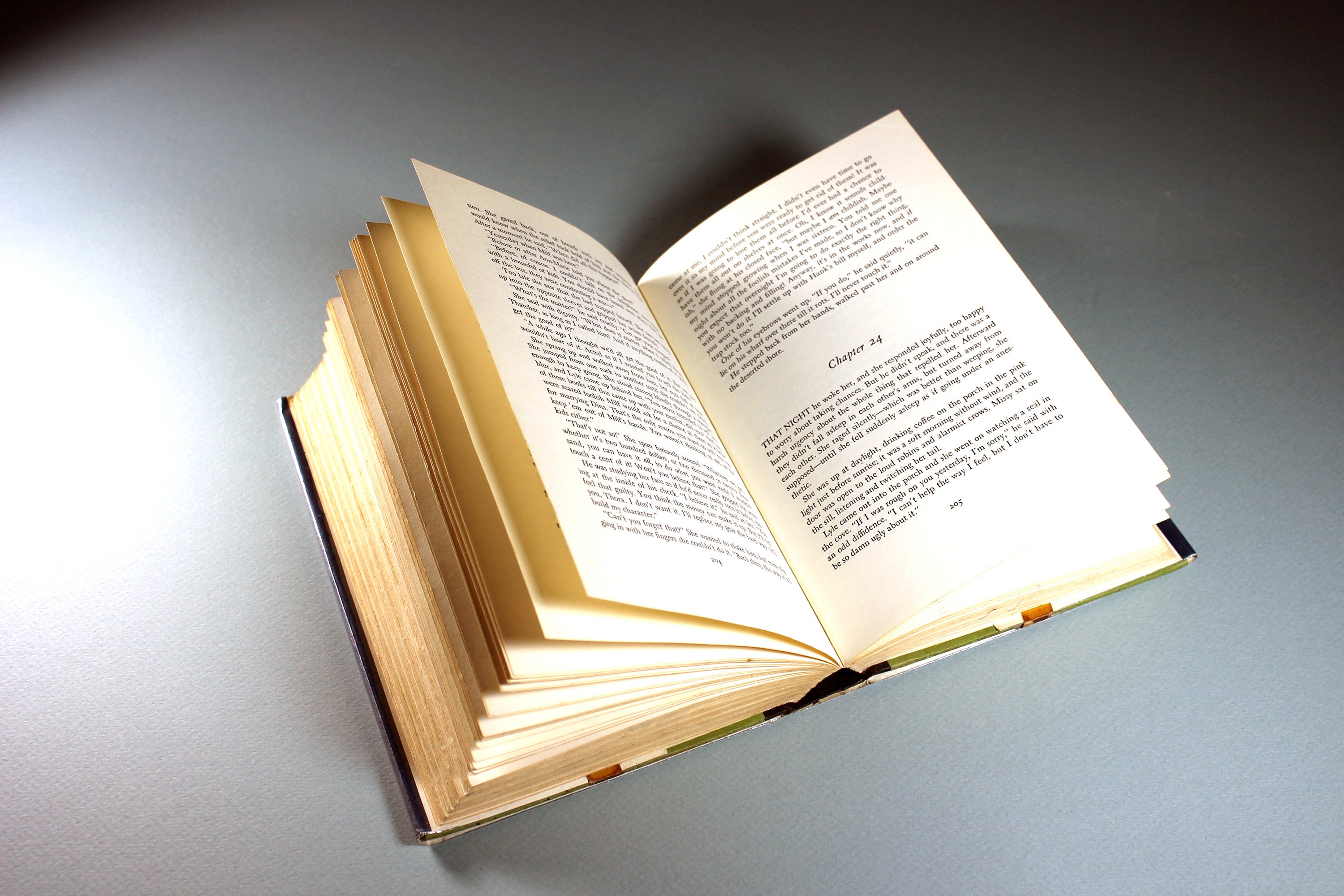 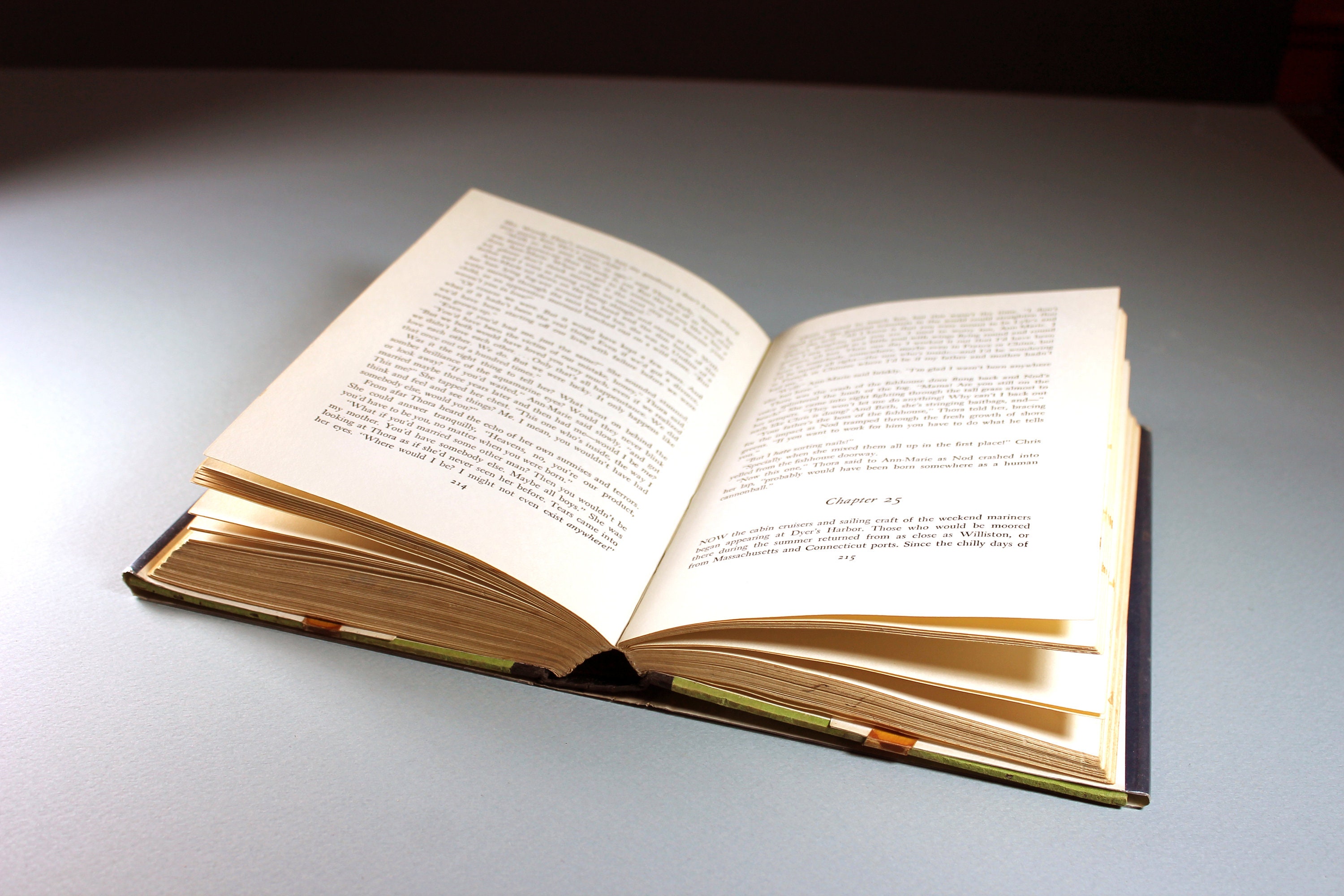 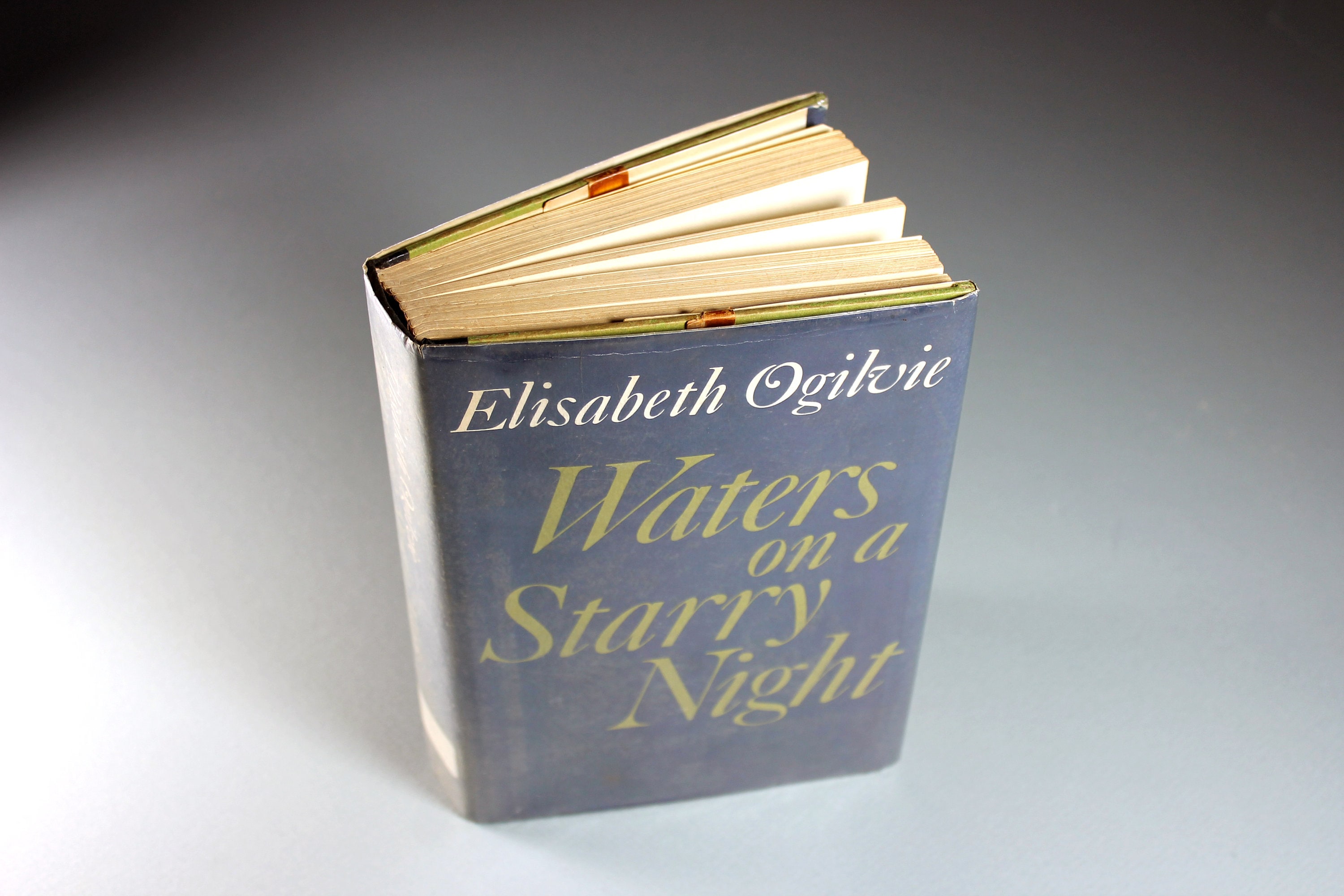 A hardcover romantic novel by Elisabeth Ogilvie entitled Waters on a Starry Night. This is a 1968 First Edition which once was a high school library book and its dust cover is covered in plastic. The book's cover boards are green with title in yellow on the spine

When Thora and Lyle Ritchie married - at sixteen and seventeen - they knew just what they were doing. They were very much in love and wanted to shelter each other from a nasty world. They married and grew up, but in growing up they grew apart. As Elisabeth Ogilvie begins her story, Thora and Lyle have been married thirteen years. The hardship and sacrifice of their lives are starting to tell. They are no longer the world to each other. And when the beautiful, wealthy Vivian Perth returns to the cove for the summer, the Ritchies' discontent becomes a searing misery that almost wrecks their lives. Miss Ogilvie tells her story with a profound understanding of the moods and temper of marriage. Thora and Lyle are very real, very comprehensible people. Their differences are exactly those that strain most happy marriages. And the rugged, isolated, tempest-torn Maine coast against which the novel is set provides a vibrant counterpoint to the story.

Elisabeth Ogilvie (1917 – 2006) was an American writer who spent her summers on the coast of Maine. Elisabeth wrote High Tide at Noon in 1944 her first of nine novels in the Bennett Island families series. She would write over 40 novels and books in her prolific career. Many of her novels dealt with life in Maine and lobstering families along the coast. She also wrote a host of young adult novels that were popular from 1950s to 1980s, such as The Fabulous Year (1958) and Beautiful Girl (1980)


This book is Used and in Good condition. The book has no rips or tears. The binding is completely intact. The pages are slightly foxed (yellowed). There are numerous marking in the book (all library stamping). On the back flyleaf is a library card insert and date due list. The book also has a musty smell from being stored.