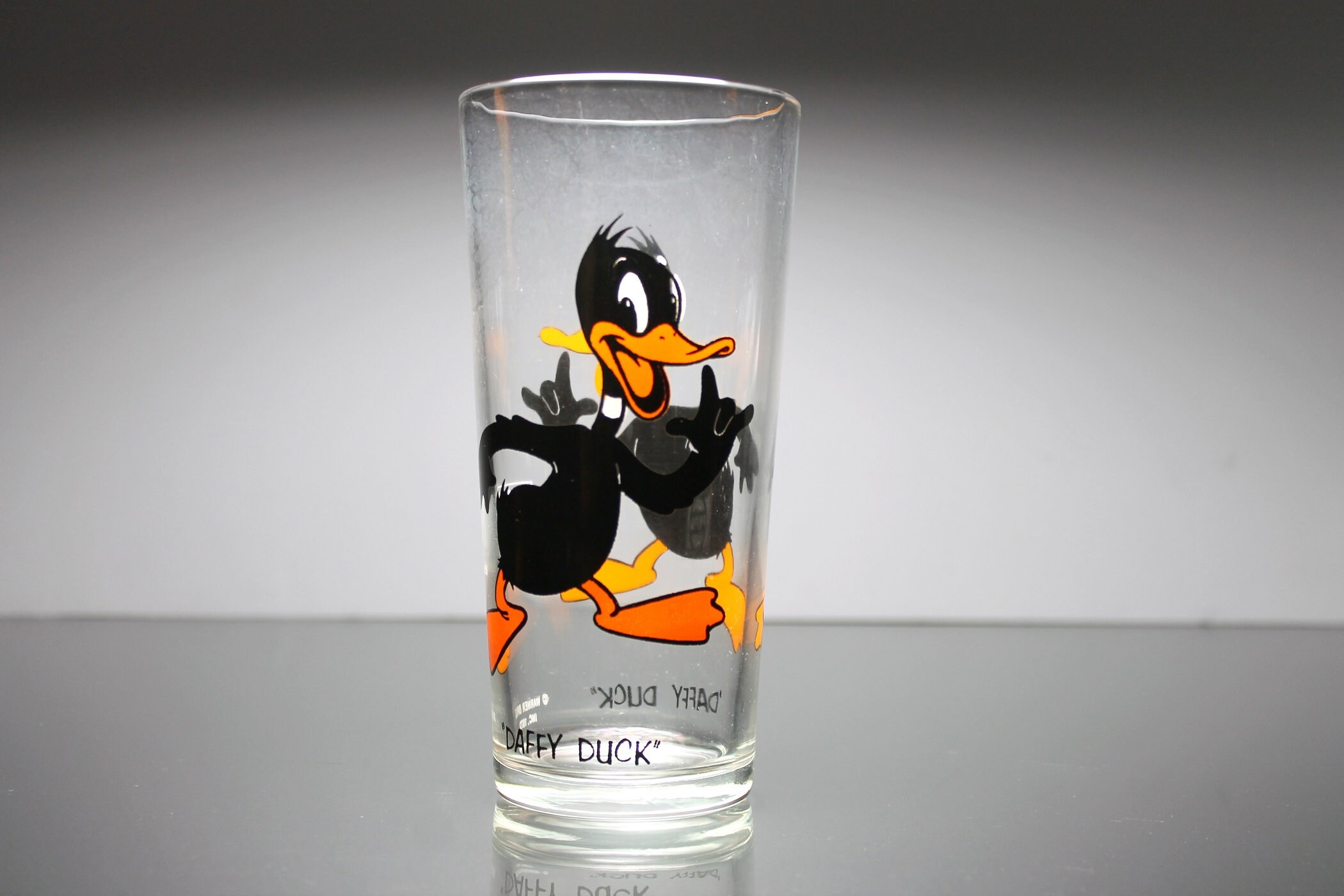 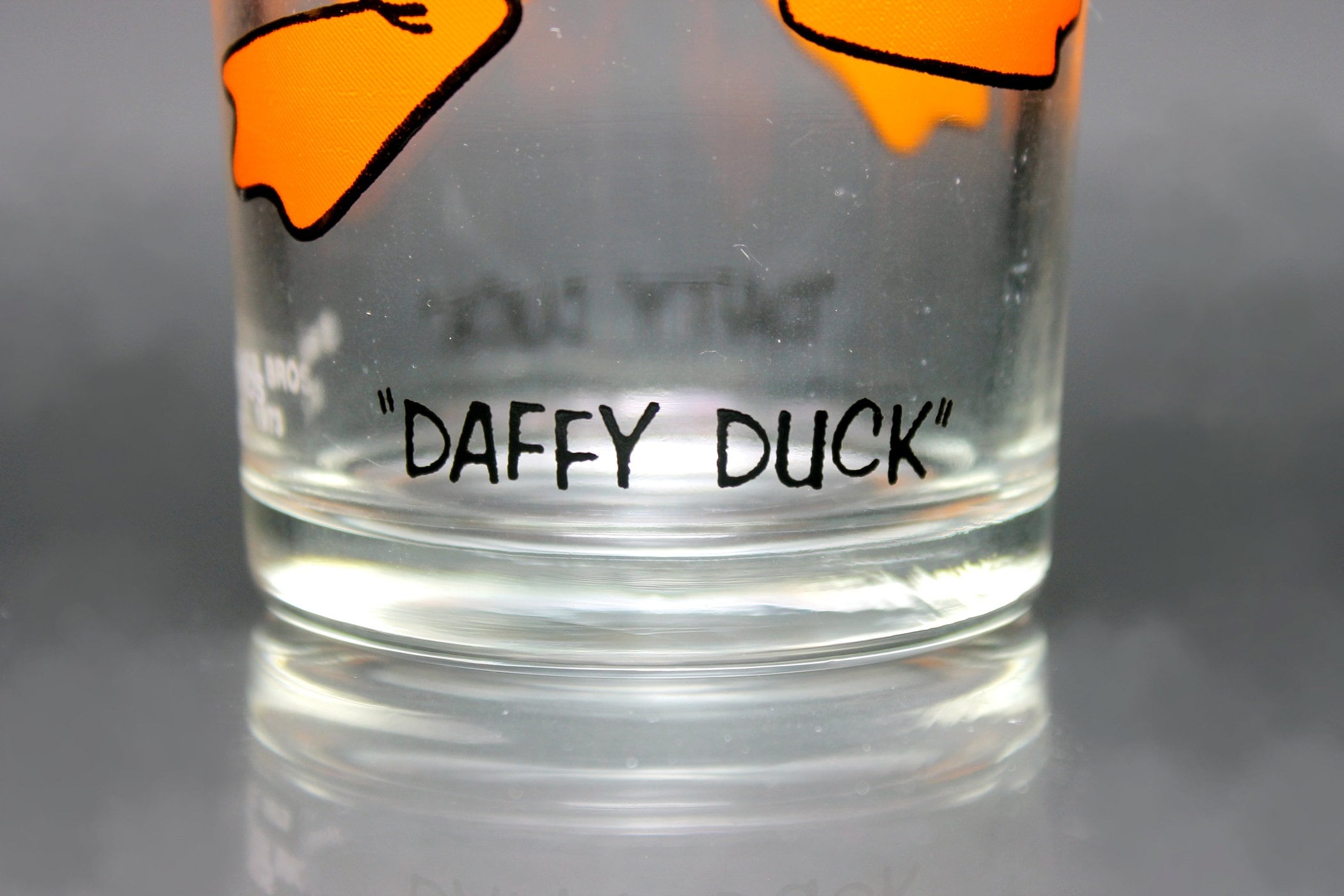 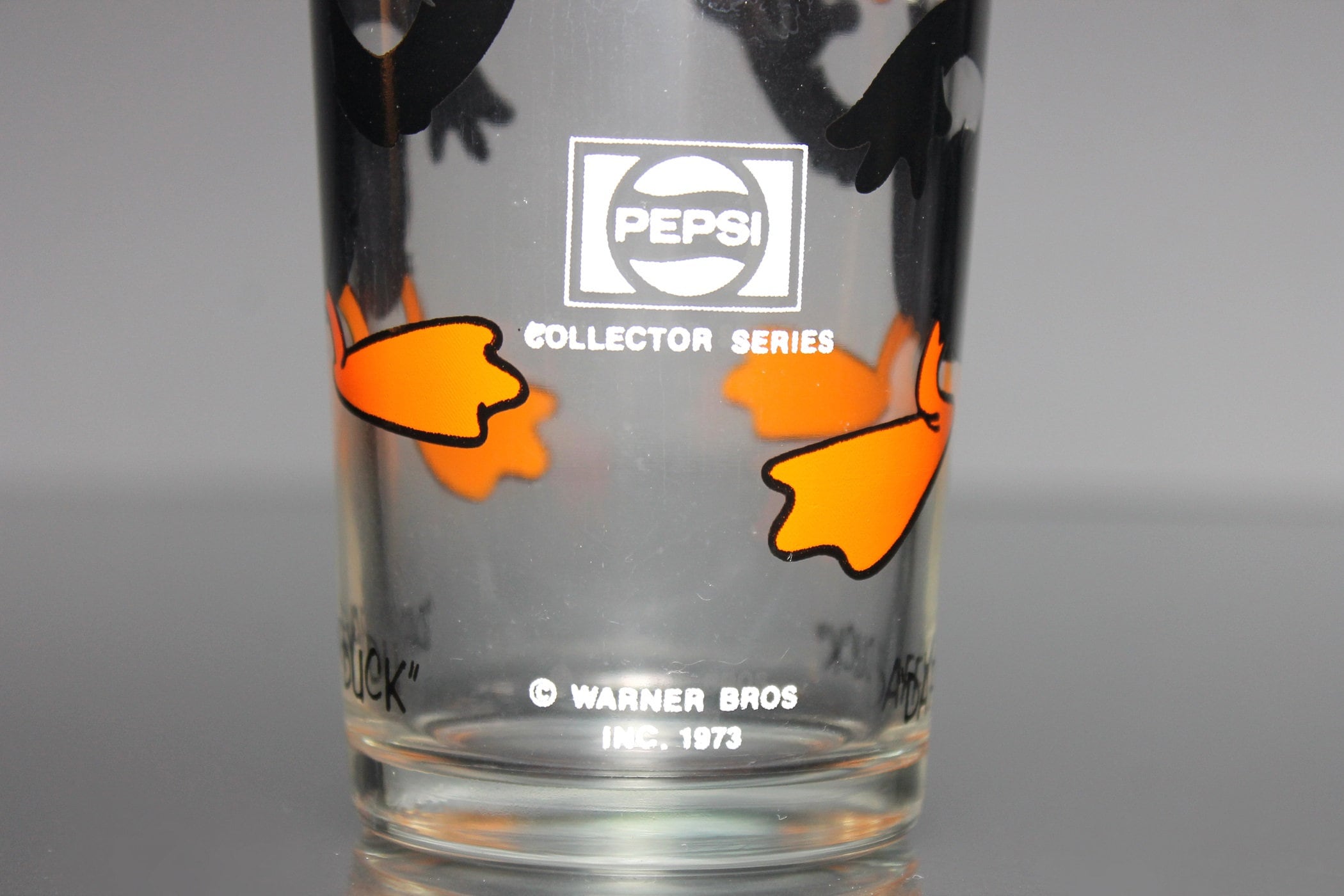 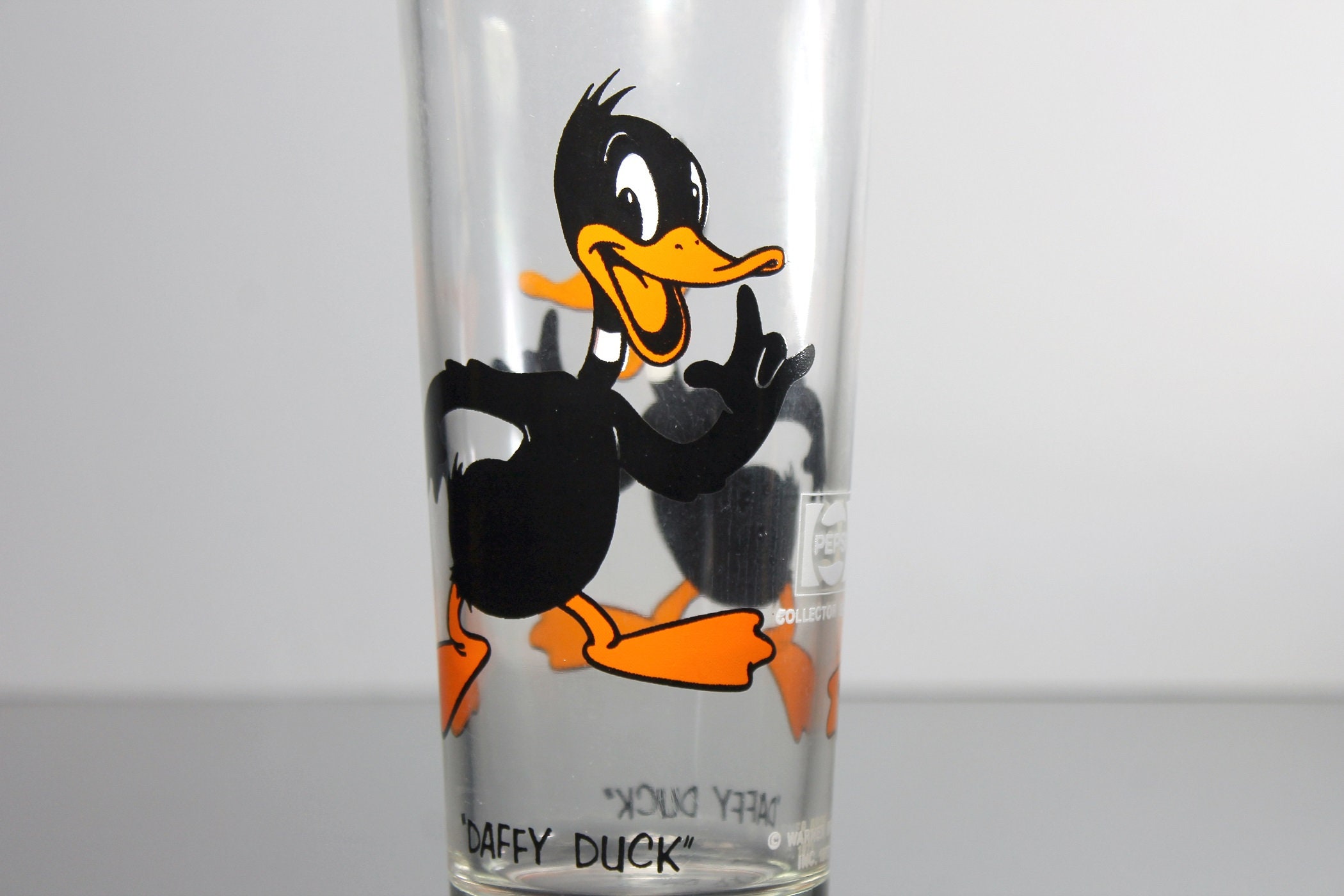 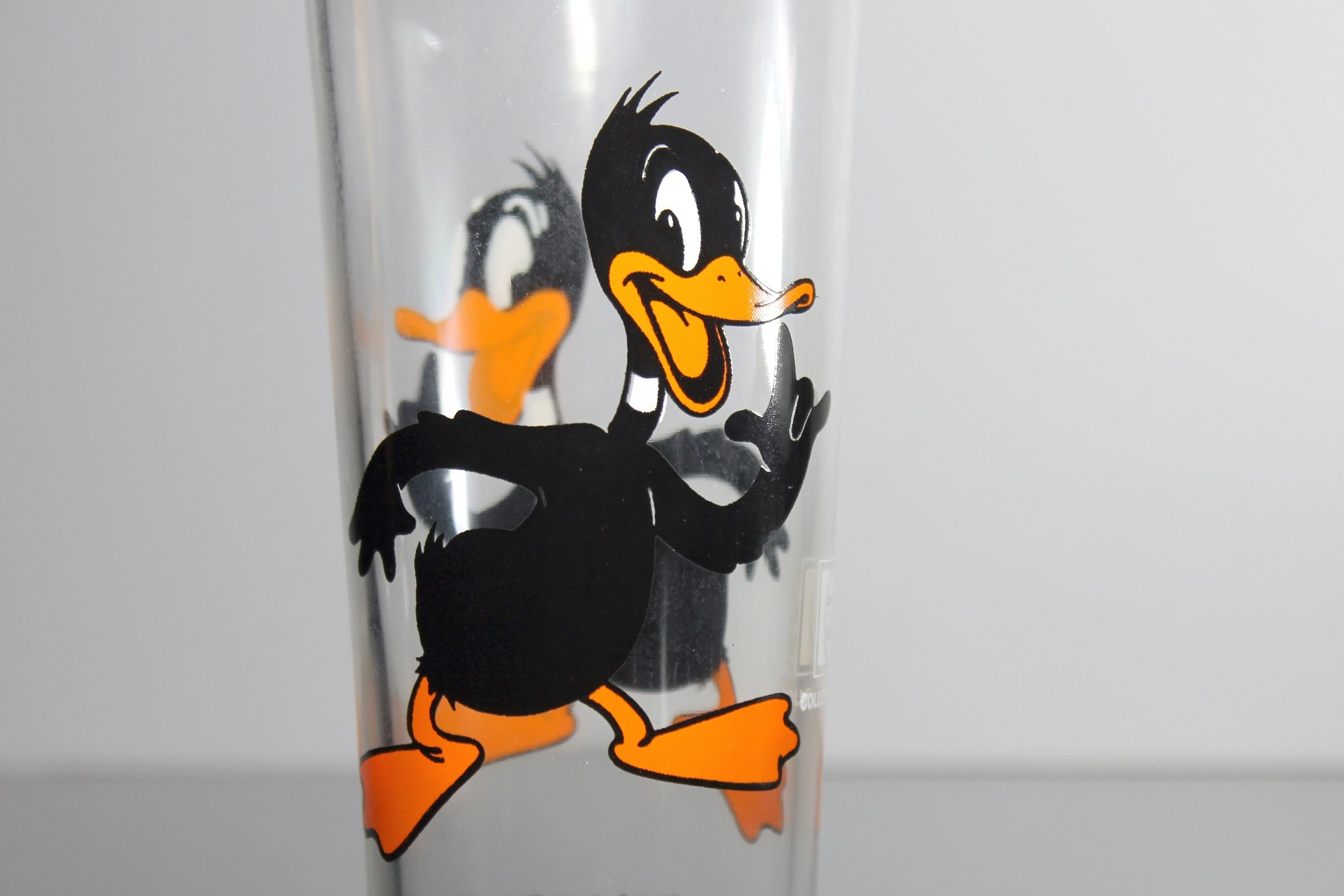 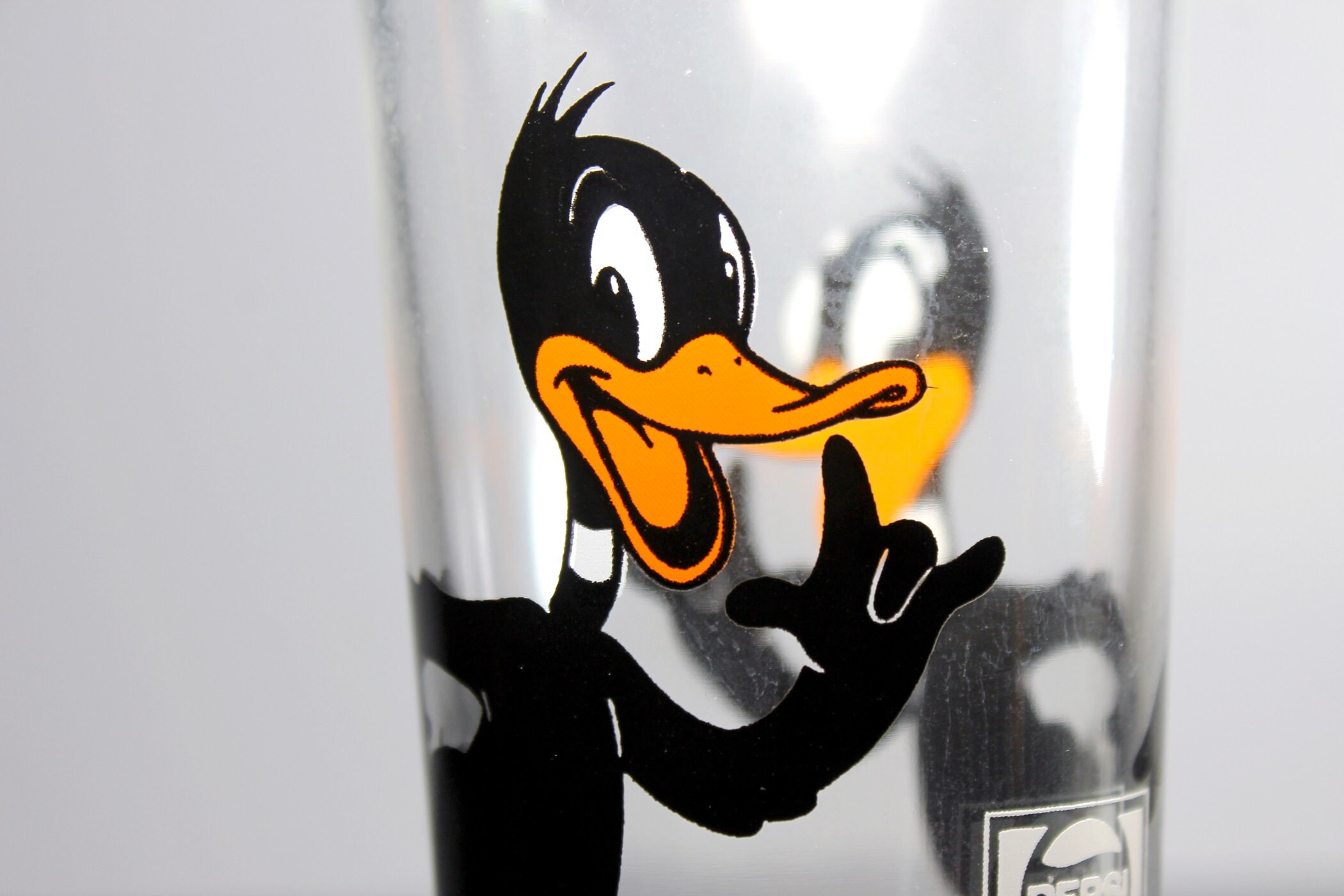 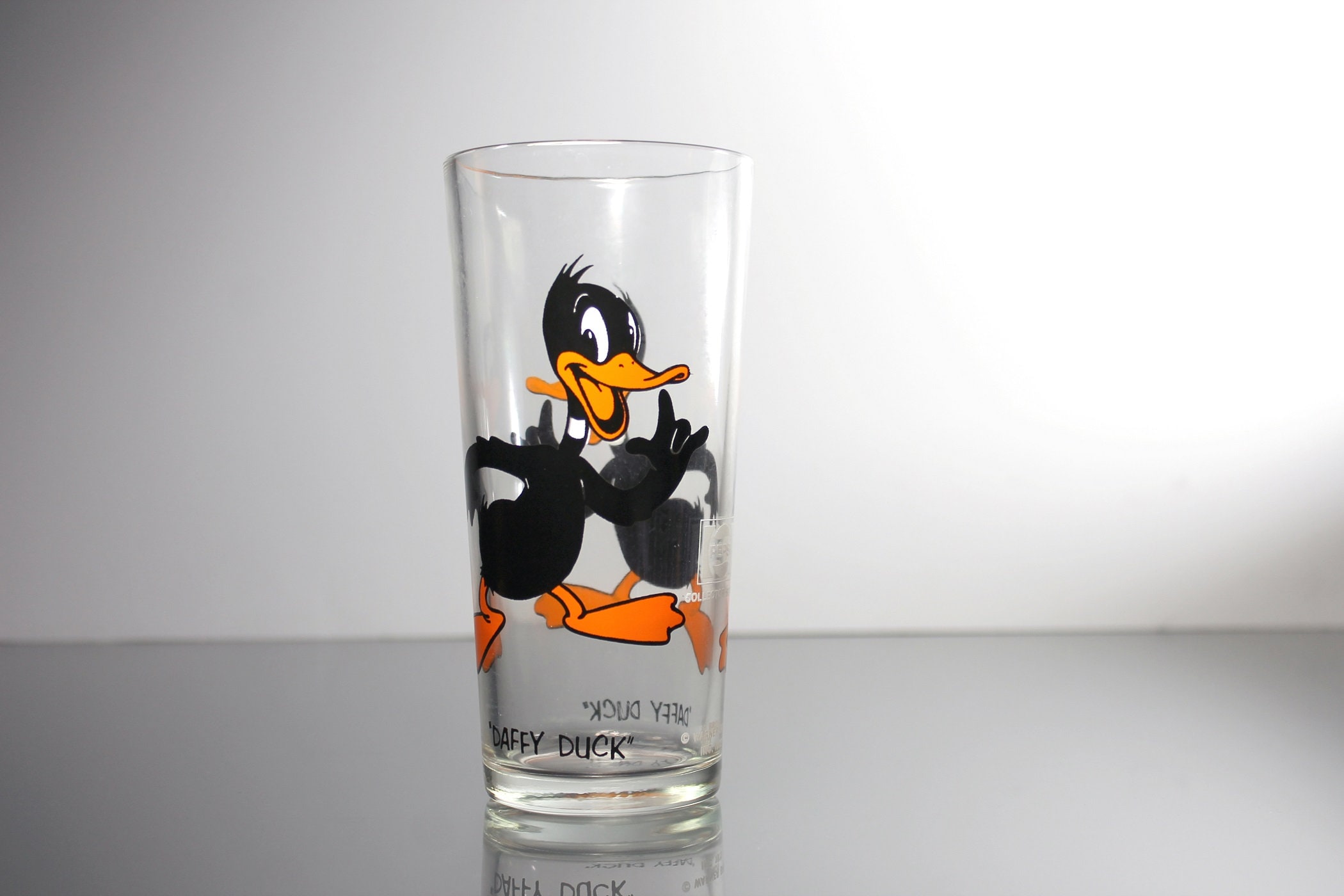 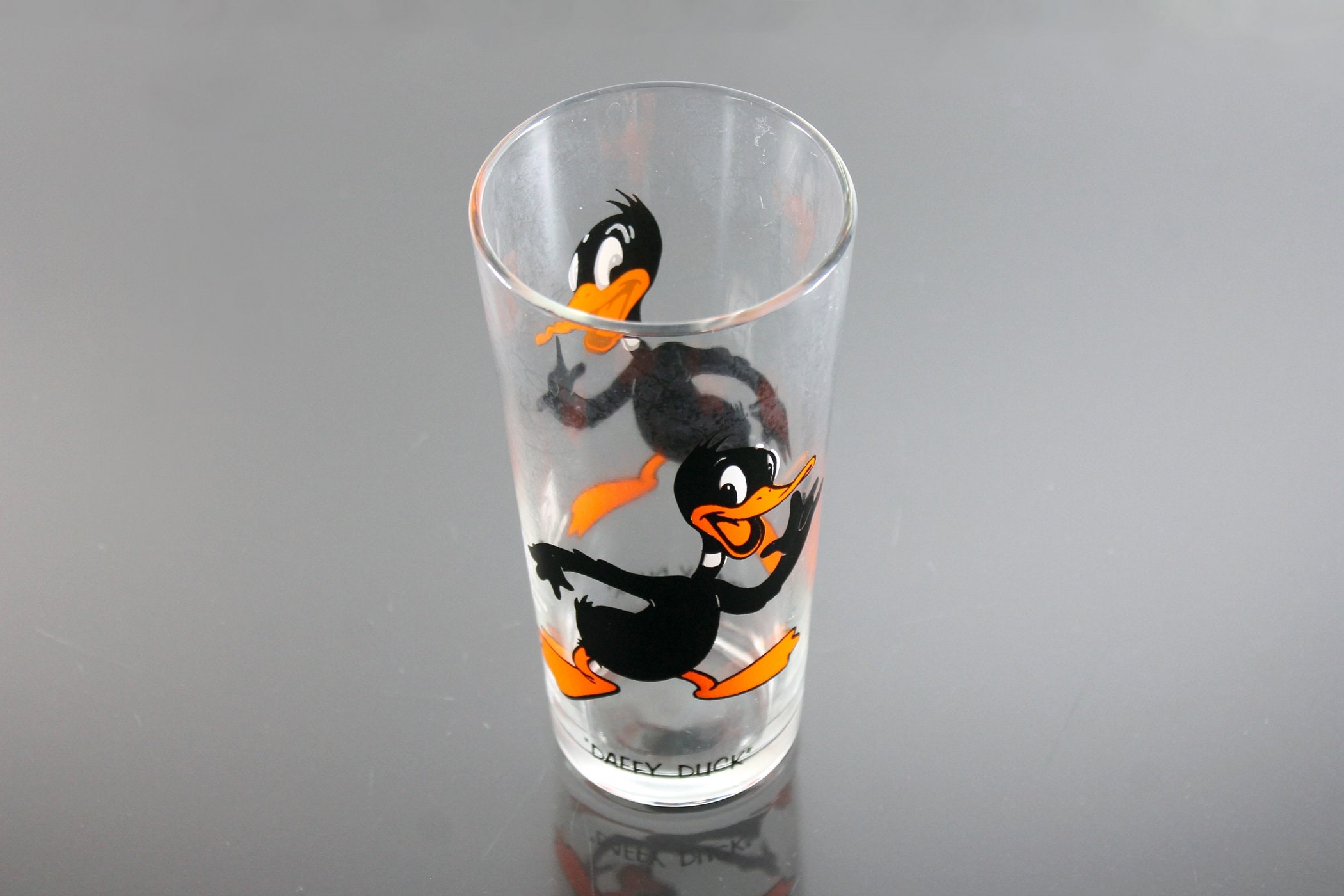 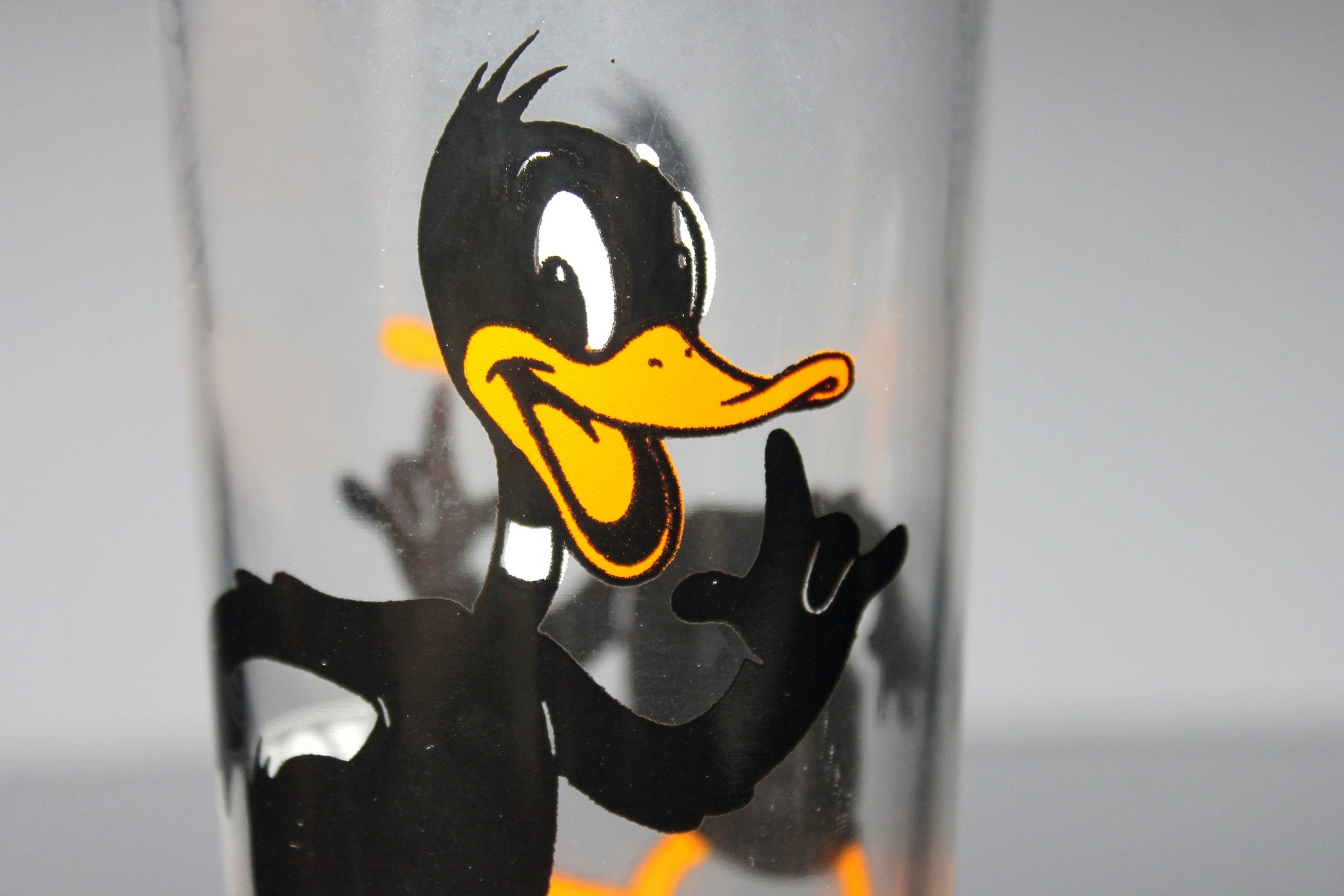 A wonderful collectible glass tumbler from the Pepsi Collector Series featuring Daffy Duck who is an animated cartoon character produced by Warner Bros. Styled as a black duck, the character has appeared in cartoon series such as Looney Tunes and Merrie Melodies, in which he usually has been depicted as a foil for Bugs Bunny. Daffy was one of the first of the new "screwball" characters that emerged in the late 1930s to replace traditional everyman characters who were more popular earlier in the decade such as Mickey Mouse and Popeye. Daffy starred in 130 shorts in the golden age, making him the third-most frequent character in the Looney Tunes/Merrie Melodies cartoons, behind Bugs Bunny's 167 appearances and Porky Pig's 162 appearances. Virtually every Warner Bros. cartoon director put his own spin on the Daffy Duck character – he may be a lunatic vigilante in one short but a greedy glory hound in another. Both Bob Clampett and Chuck Jones made extensive use of these two very different variants of Daffy's character. This glass will bring back some wonderful childhood memories. It is also a great collector's item.

Perfect gift for a collector. A wonderful way just to remember the days watching your favorite cartoons on TV as a child.

This tumbler is in very good condition. There are no chips, cracks, or scratches. The pyro-glazed image has no damage or fading. There is some fogging on the inside from being dishwasher washed.

Refunds include the cost of the item but not any of the shipping charges.