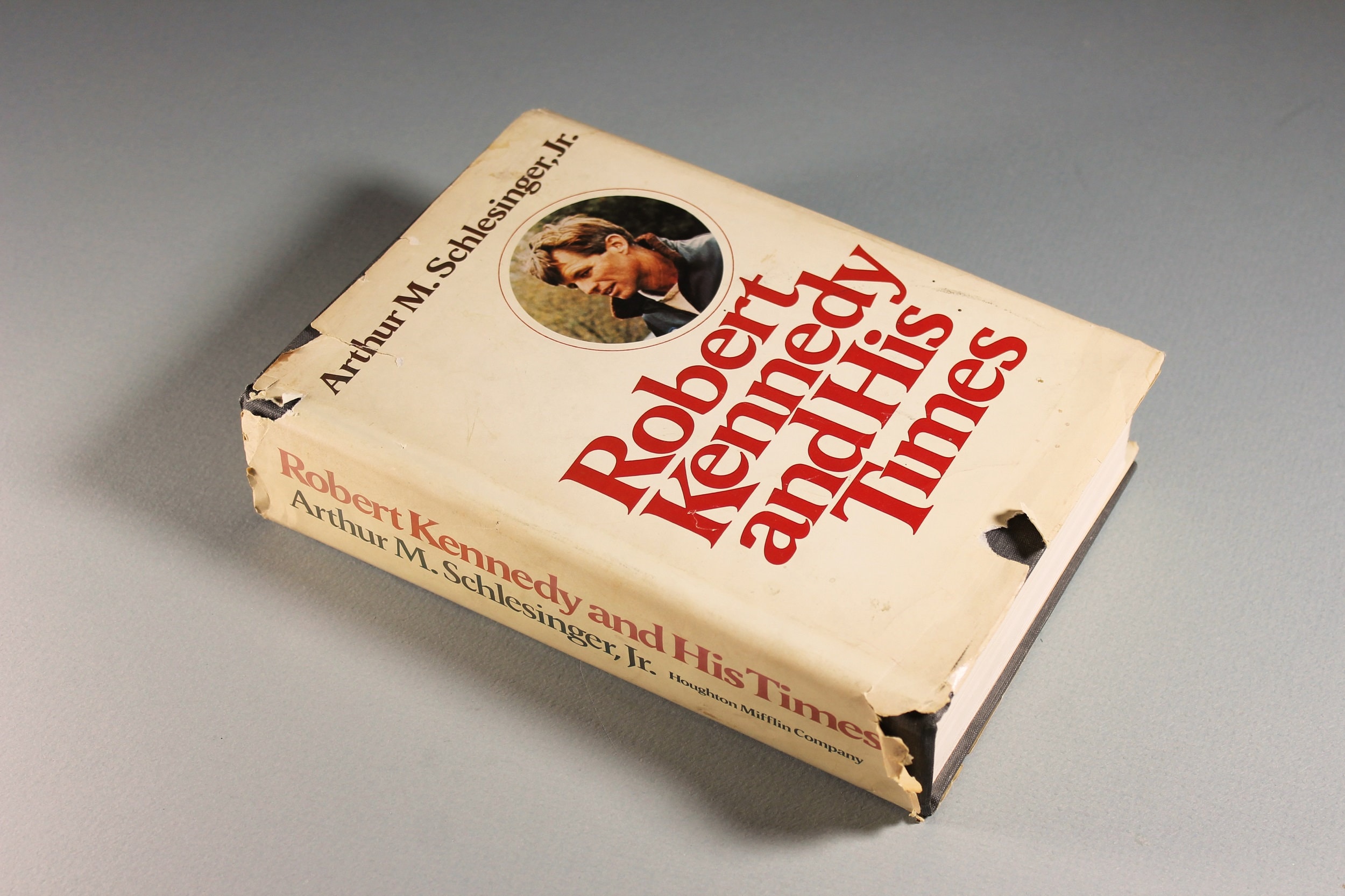 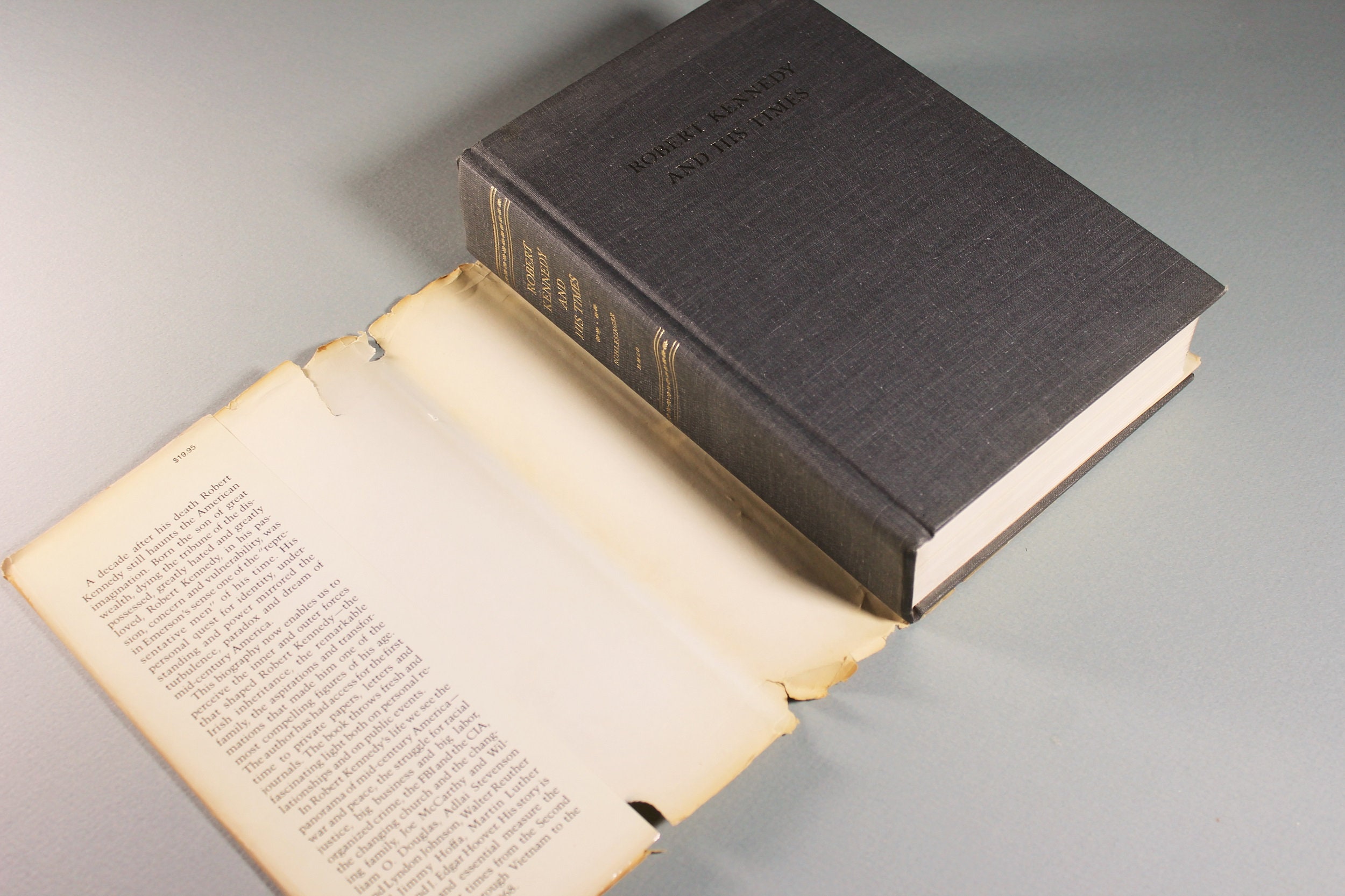 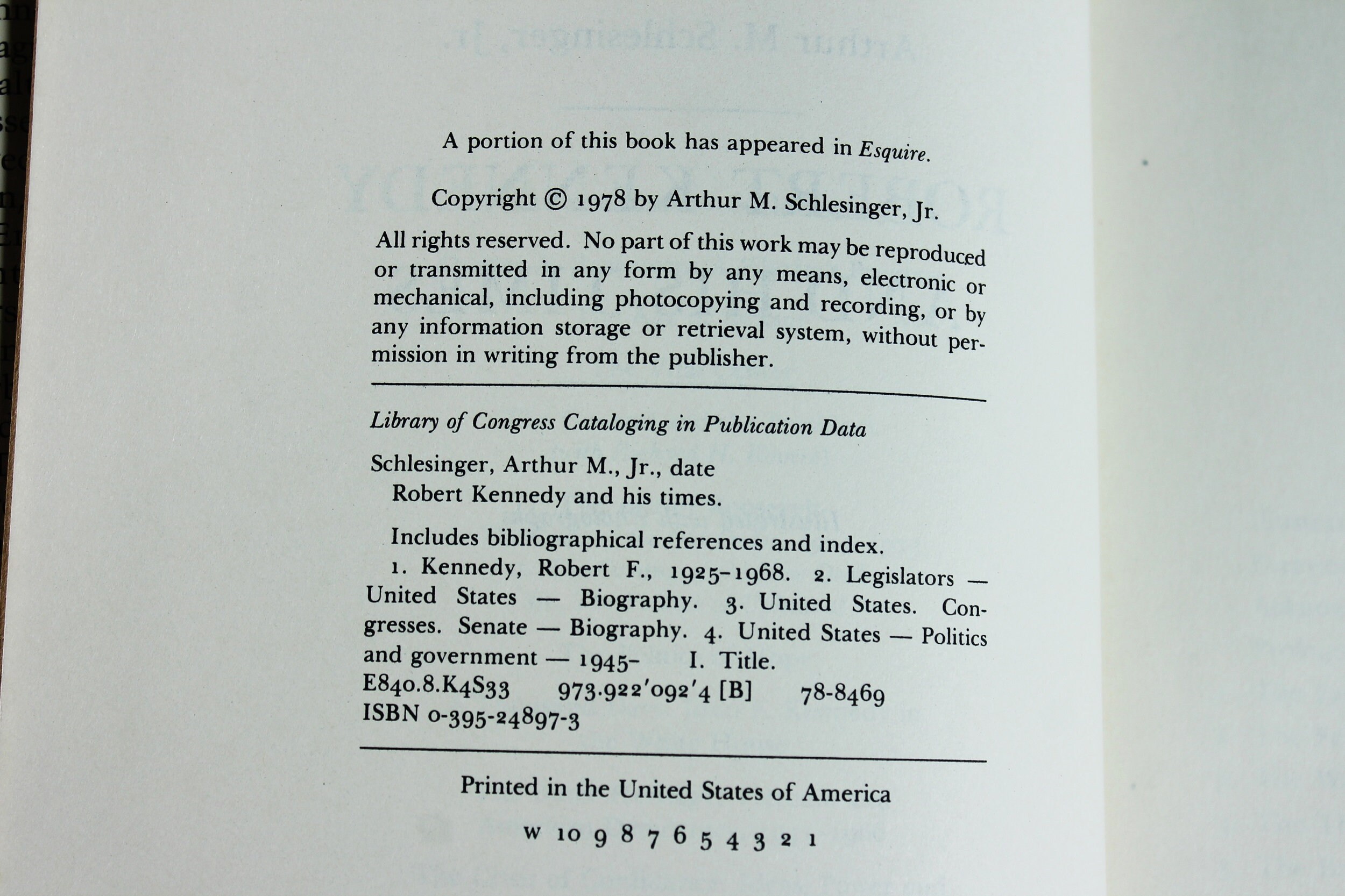 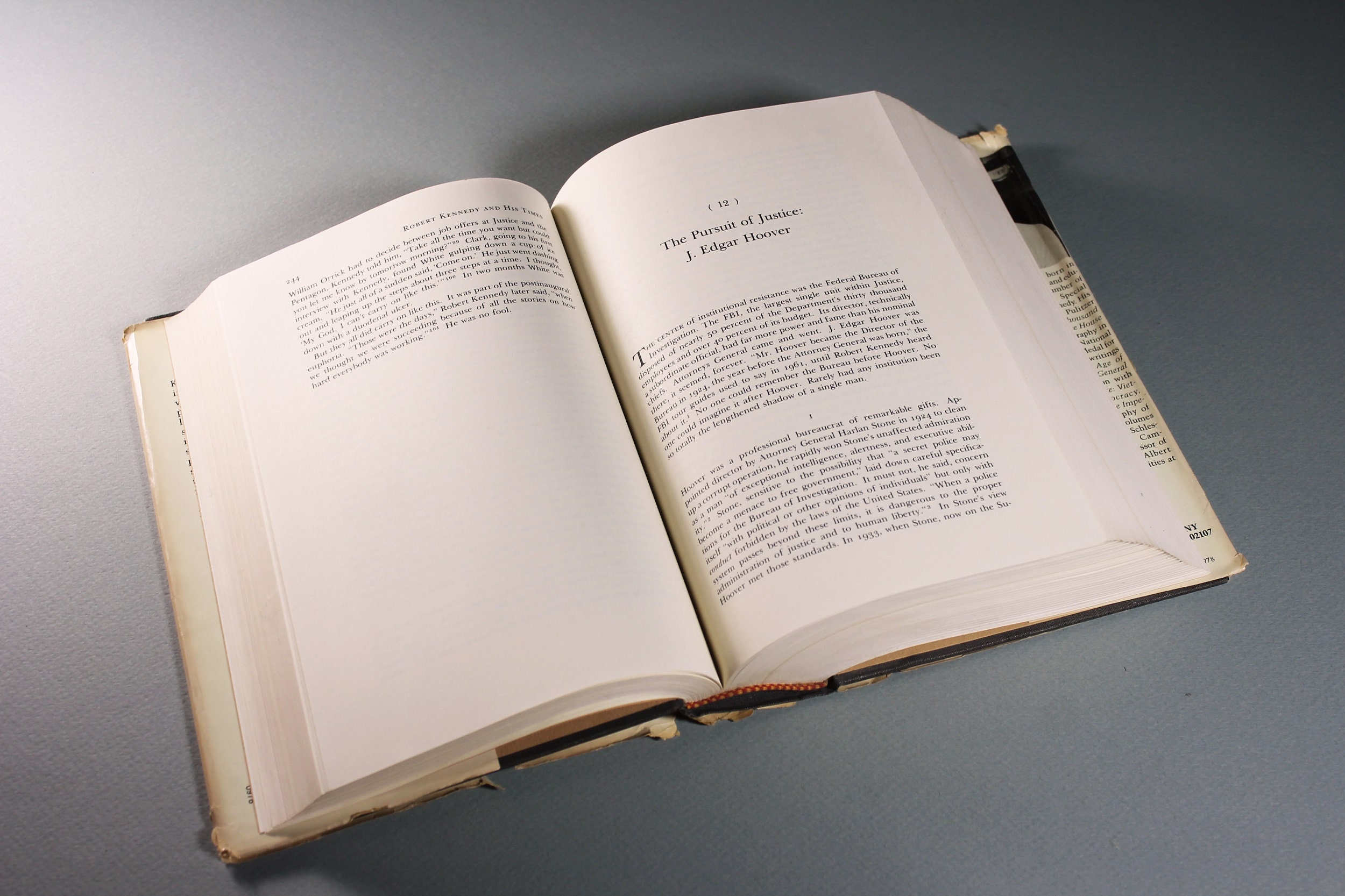 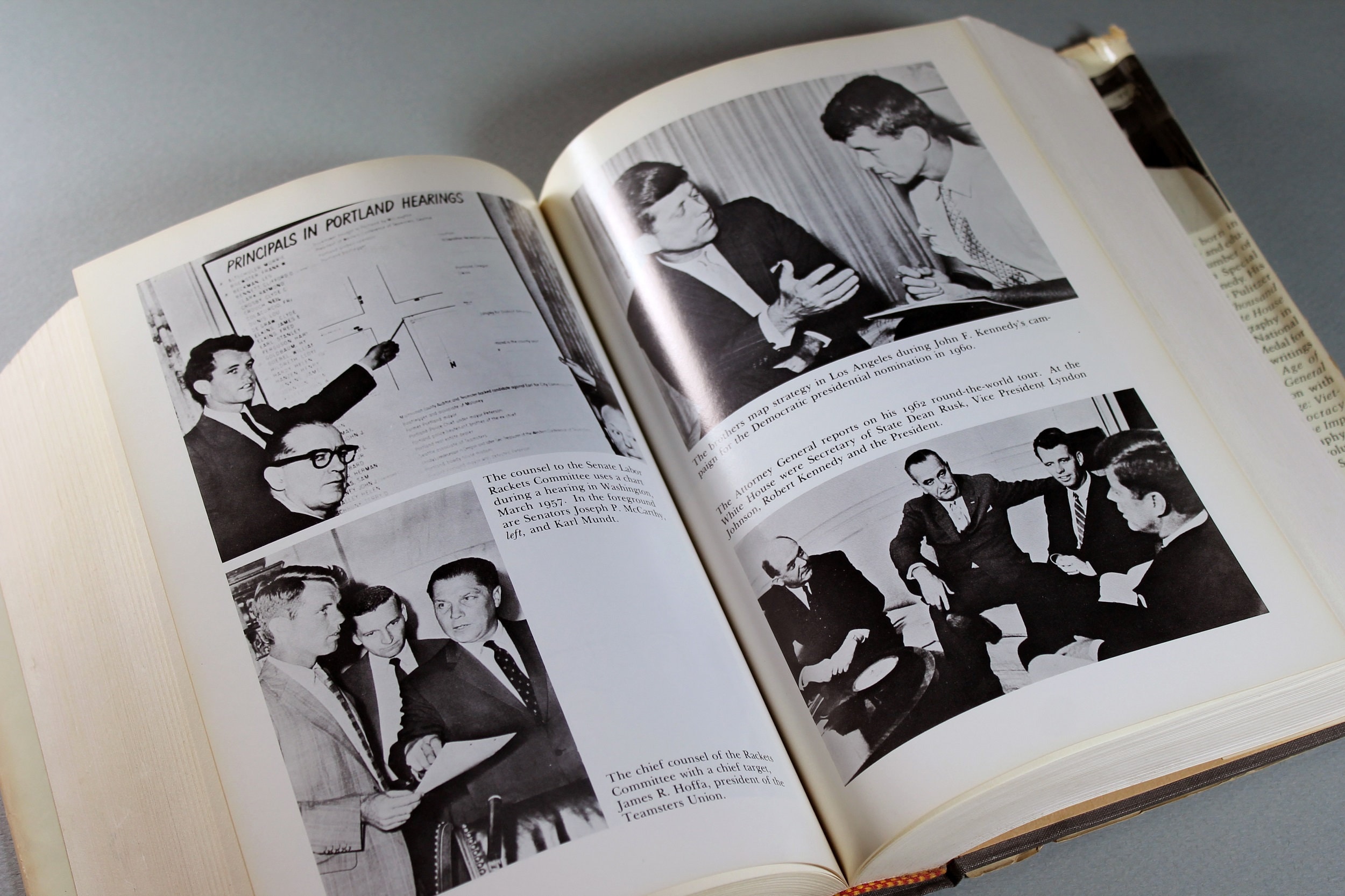 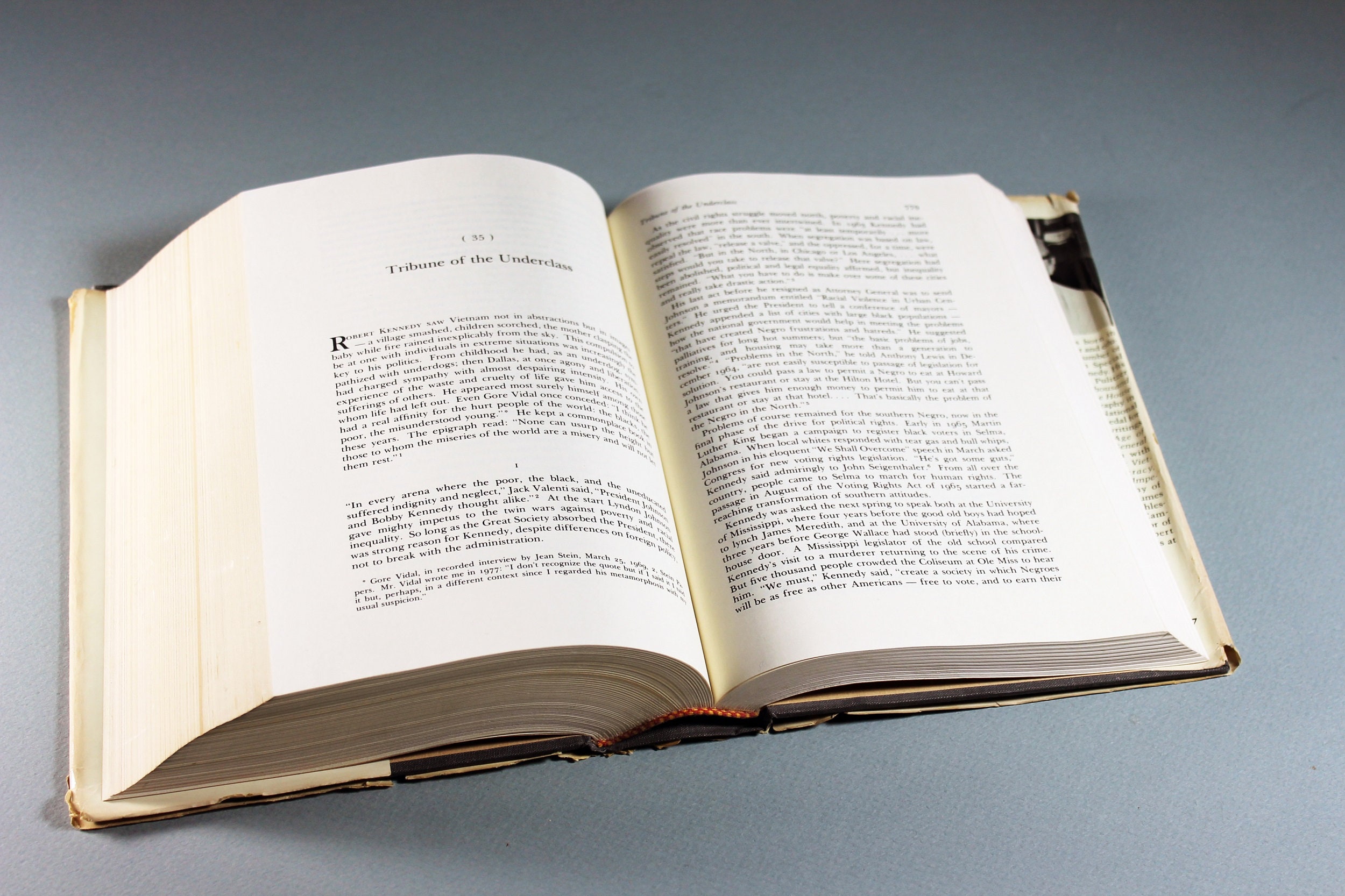 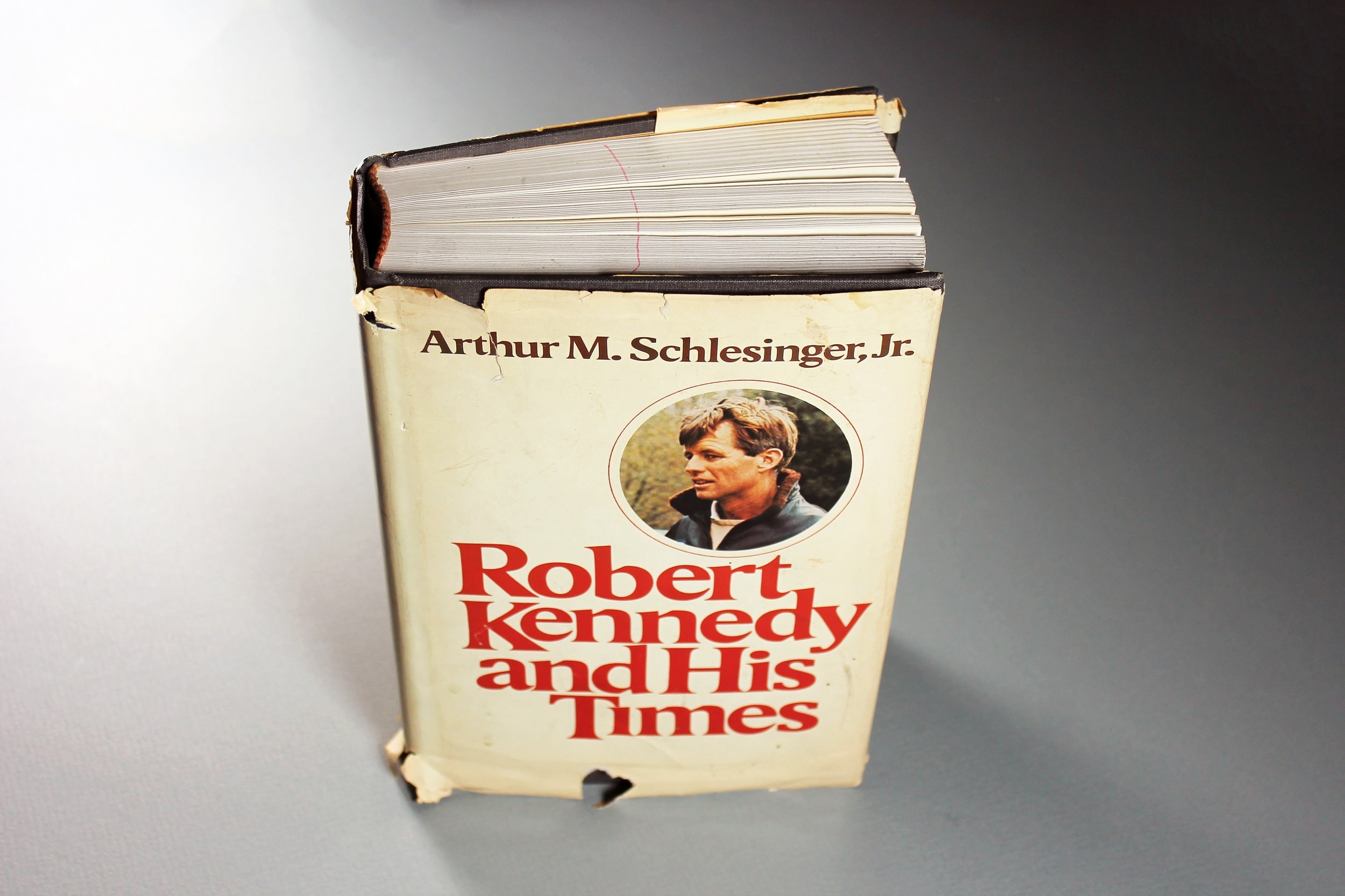 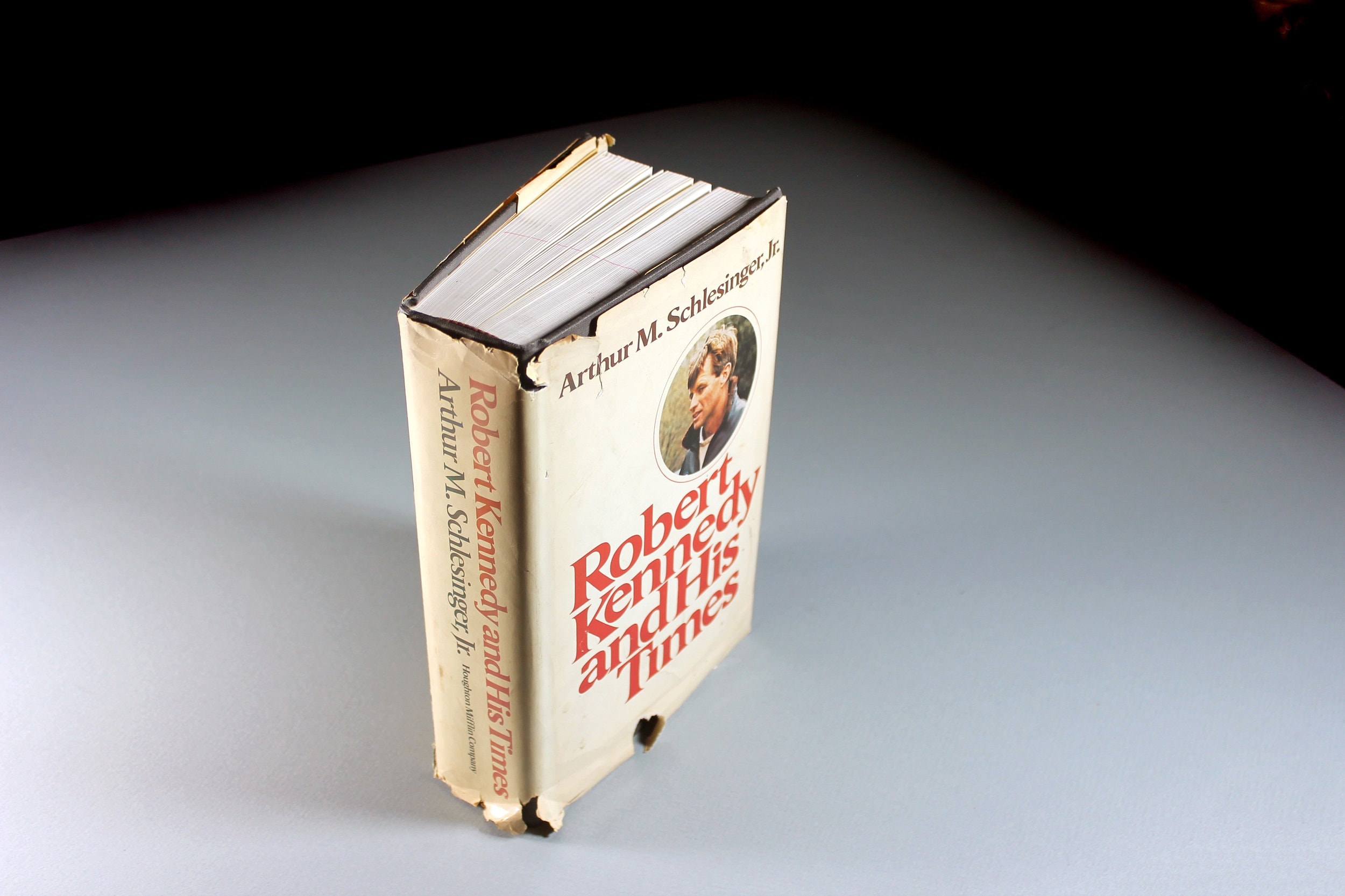 A hardcover book entitled Robert Kennedy and His Times by Arthur M. Schlesinger, Jr. The cover boards are dark gray with title in silver embossed on the front cover and spine. This is a 1978 first edition.

Arthur M. Schlesinger, Jr., chronicles the short life of the Kennedy family's second presidential hopeful. Schlesinger's account vividly recalls the forces that shaped Robert Kennedy, from his position as the third son of a powerful Irish Catholic political clan to his concern for issues of social justice in the turbulent 1960s.

Arthur Meier Schlesinger Jr. (1917 – 2007) was an American historian, social critic, and public intellectual. The son of the influential historian Arthur M. Schlesinger Sr. and a specialist in American history, much of Schlesinger's work explored the history of 20th-century American liberalism. In particular, his work focused on leaders such as Harry S. Truman, Franklin D. Roosevelt, John F. Kennedy, and Robert F. Kennedy. In the 1952 and 1956 presidential campaigns, he was a primary speechwriter and adviser to the Democratic presidential nominee, Adlai Stevenson II. Schlesinger served as special assistant and "court historian" to President Kennedy from 1961 to 1963. He wrote a detailed account of the Kennedy administration, from the 1960 presidential campaign to the president's state funeral, titled A Thousand Days: John F. Kennedy in the White House, which won the 1966 Pulitzer Prize for Biography or Autobiography. In 1968, Schlesinger actively supported the presidential campaign of Senator Robert F. Kennedy, which ended with Kennedy's assassination in Los Angeles. Schlesinger wrote a popular biography, Robert Kennedy and His Times, several years later. He later popularized the term "imperial presidency" during the Nixon administration in his book of the same name.

This book is used and in Near Fine condition. The book has no rips or tears. The inside pages are clean, completely unmarked, and crisp. The binding is completely intact, strong and like new. The dust jacket is in fair condition with some rips and tears along the bottom and near the spine. It also has some staining.

Refunds include the cost of the item but not any of the shipping charges.