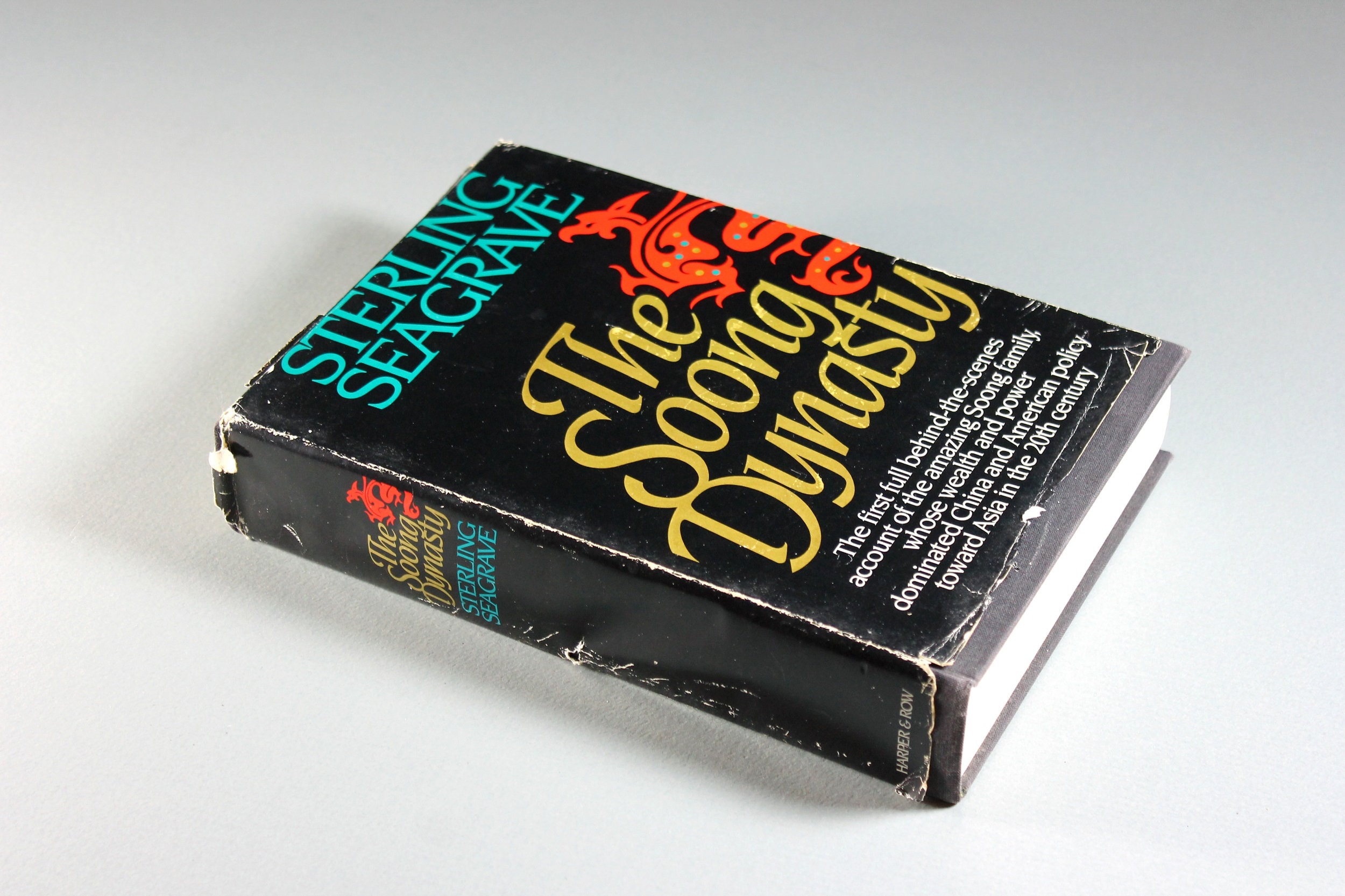 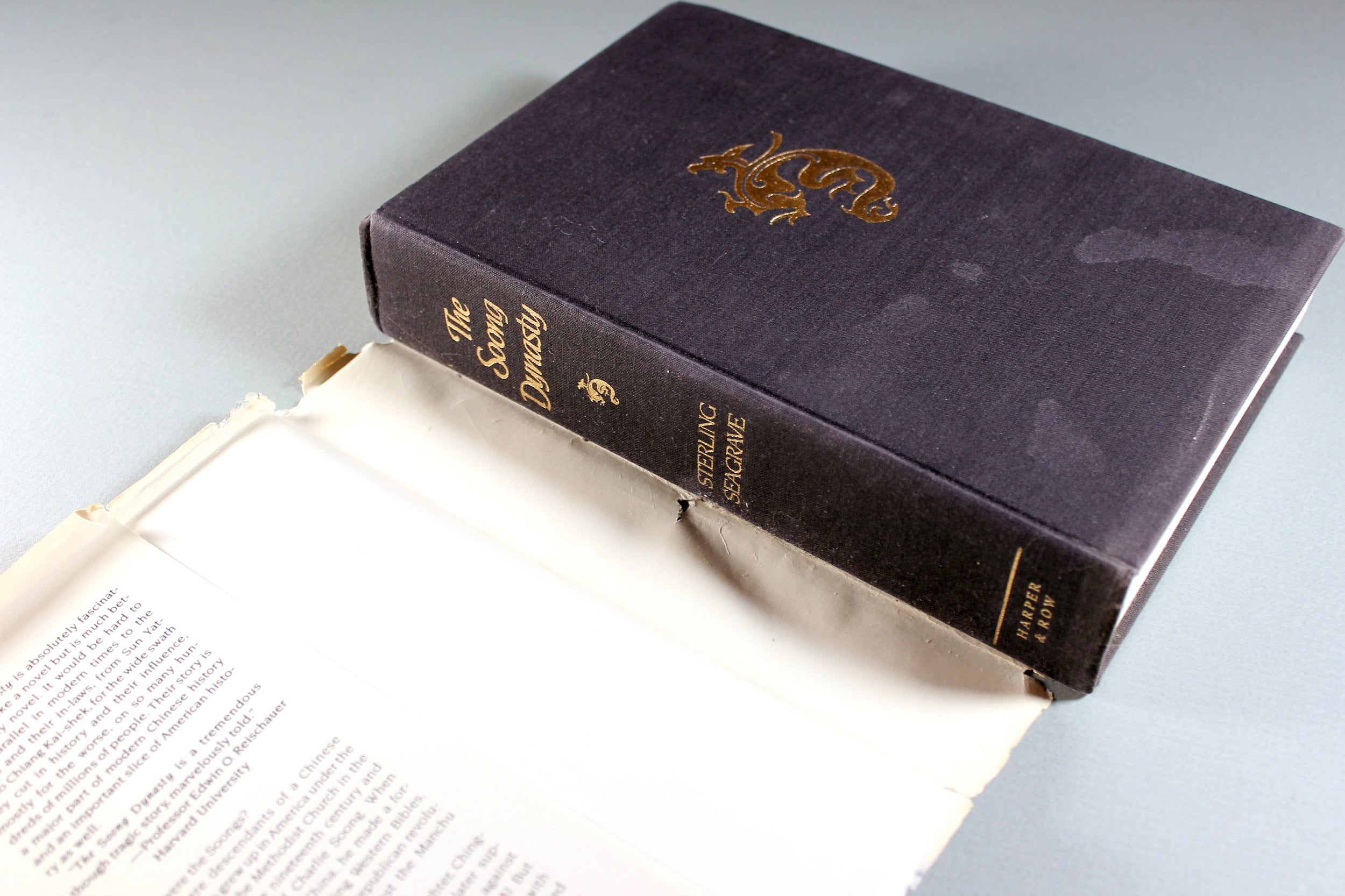 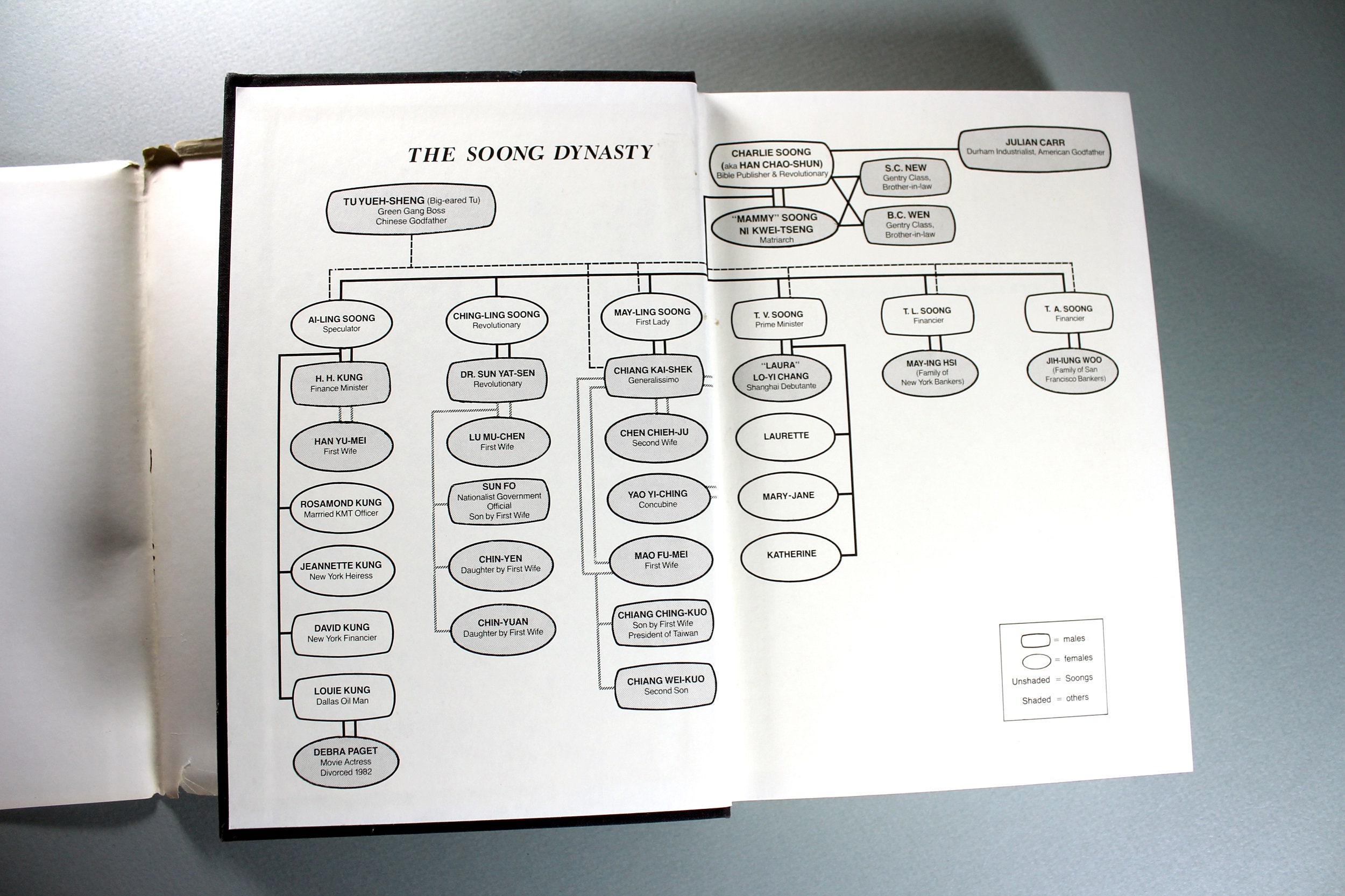 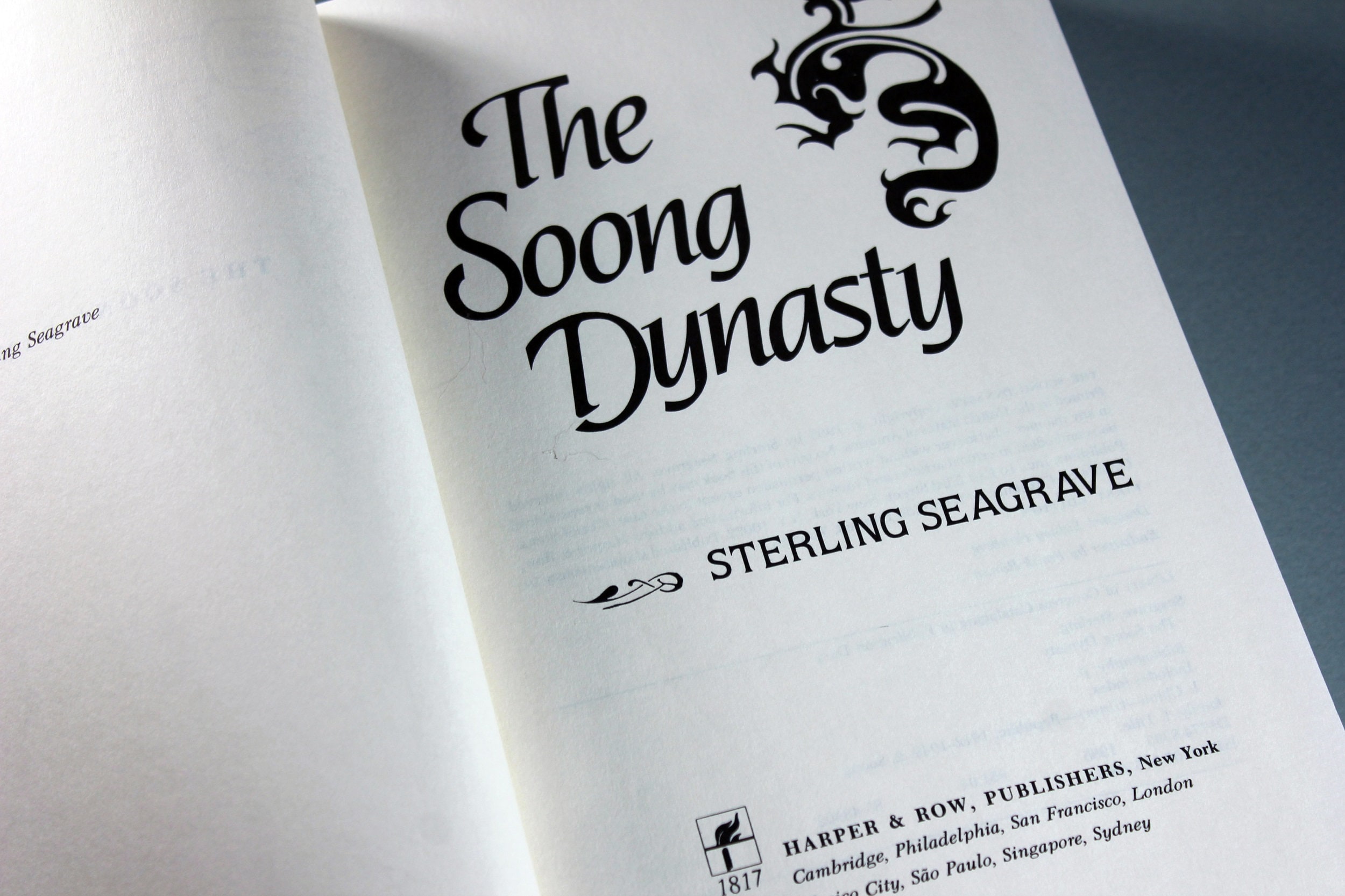 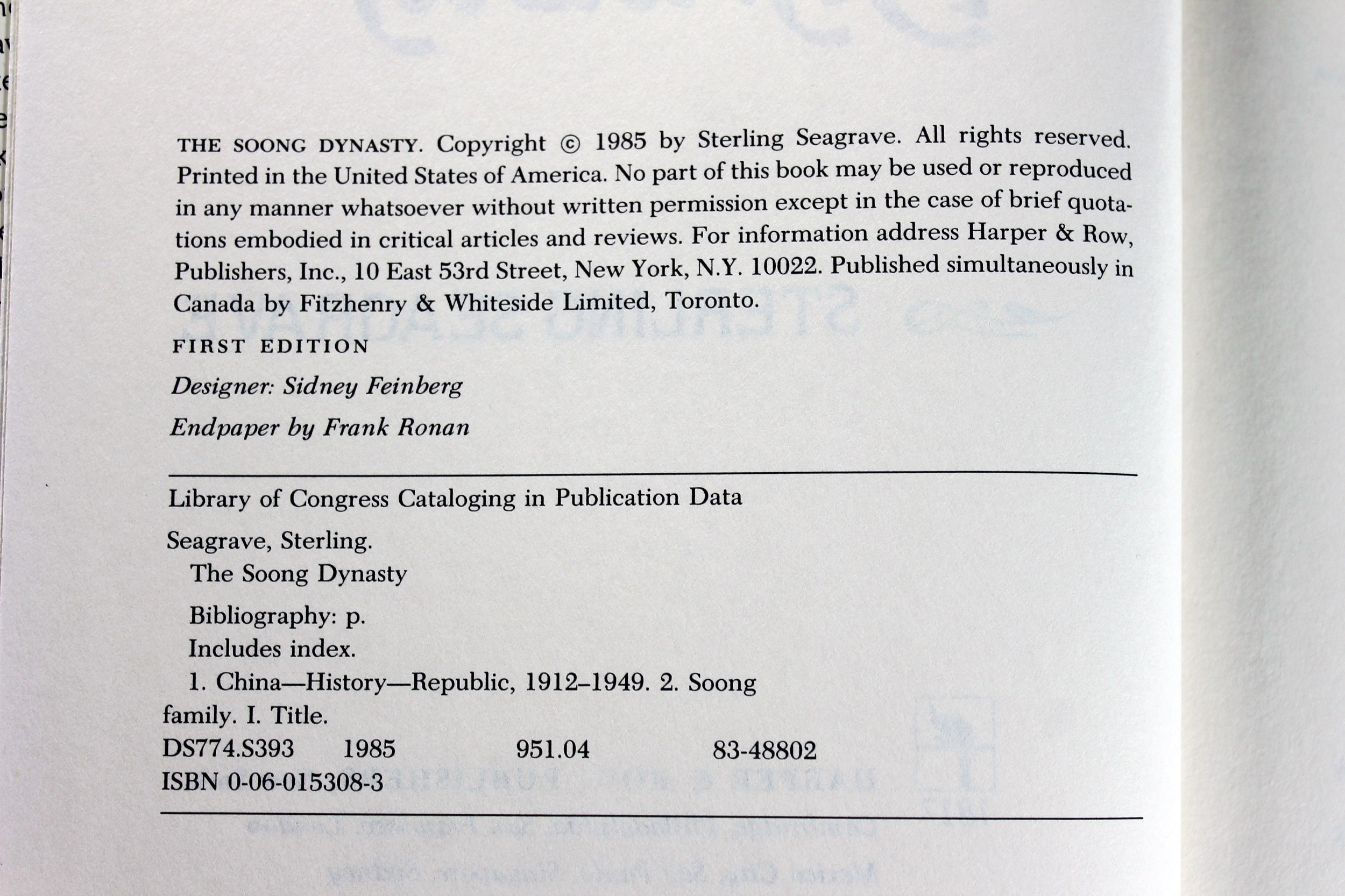 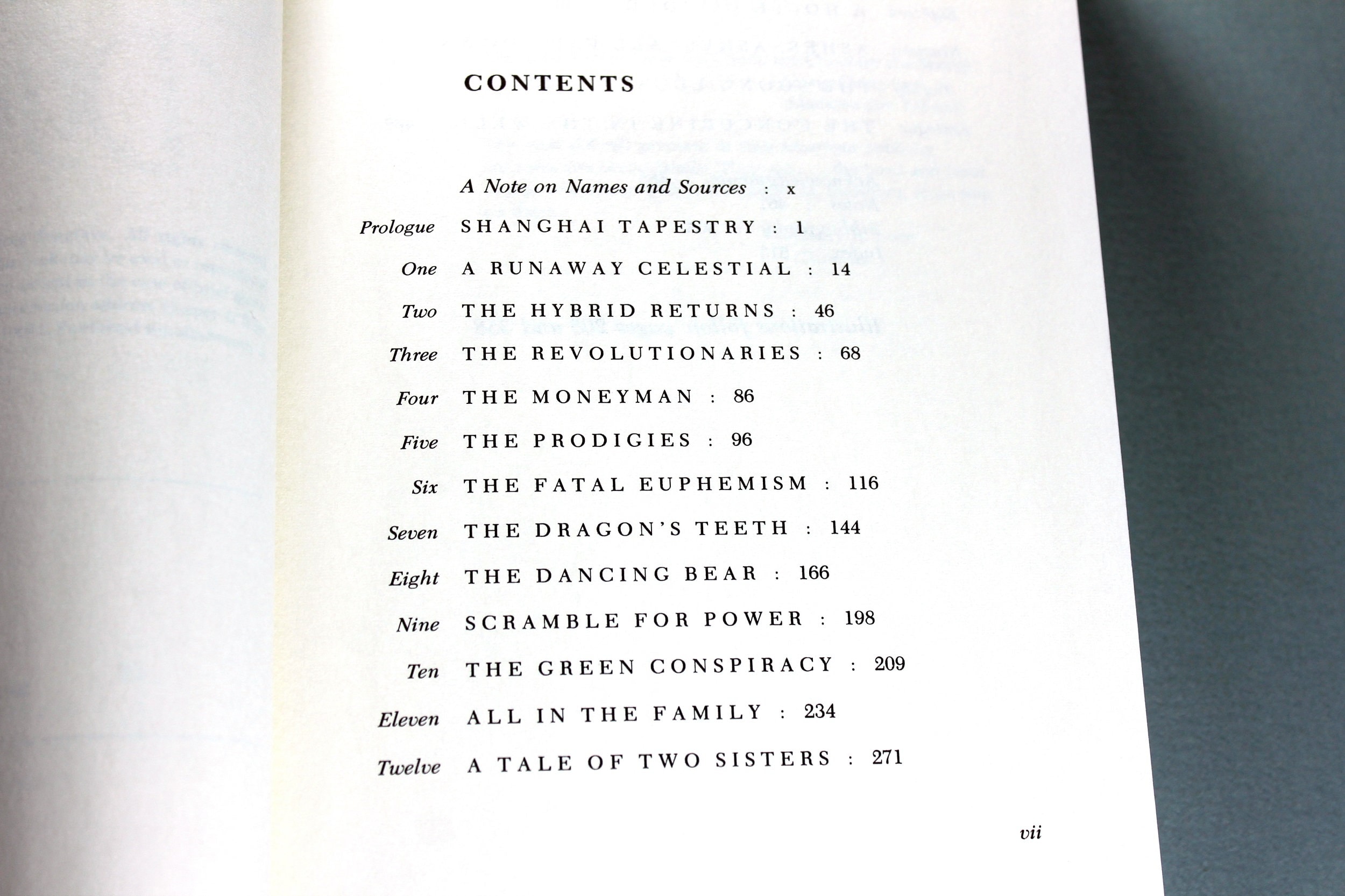 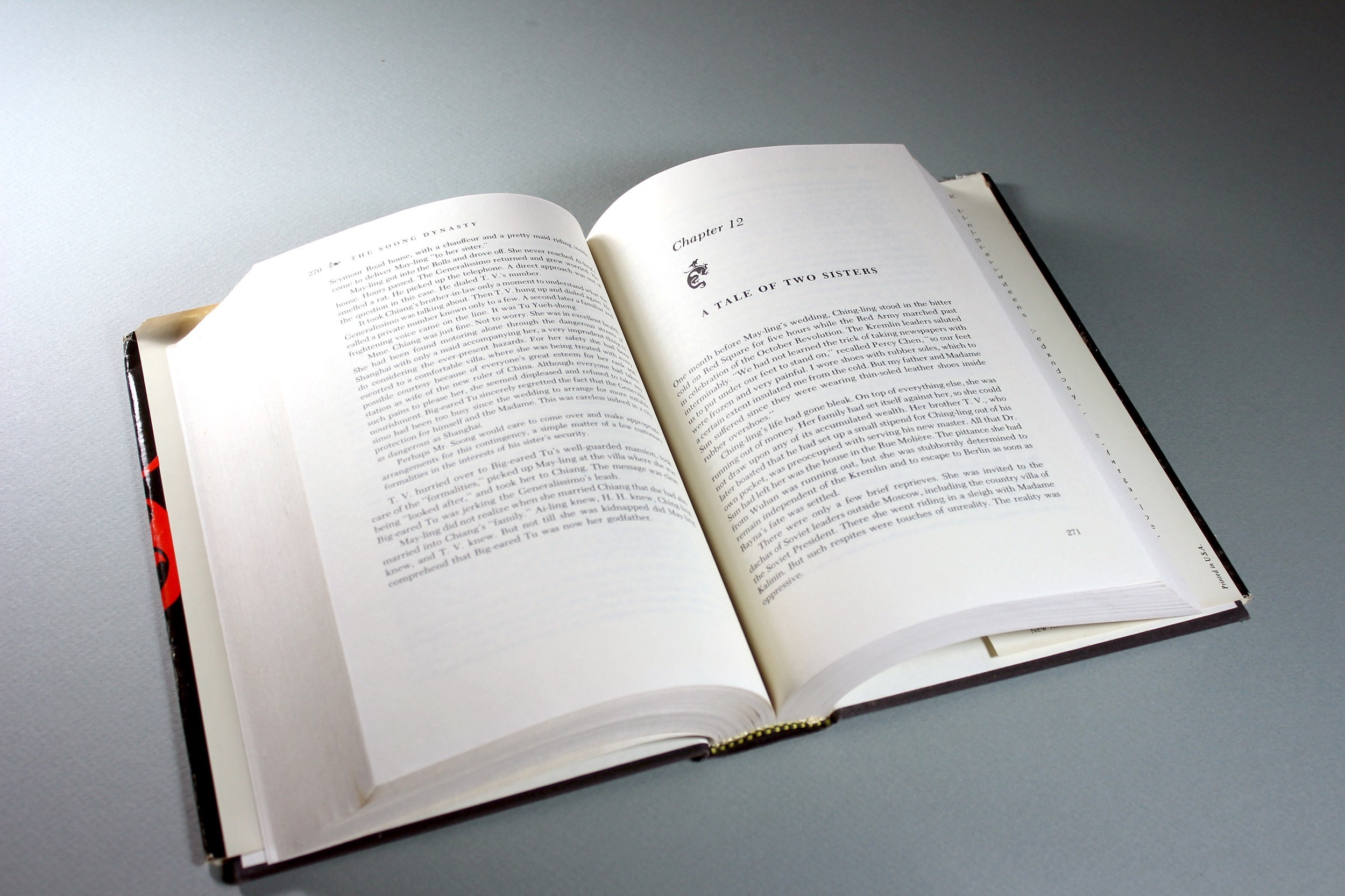 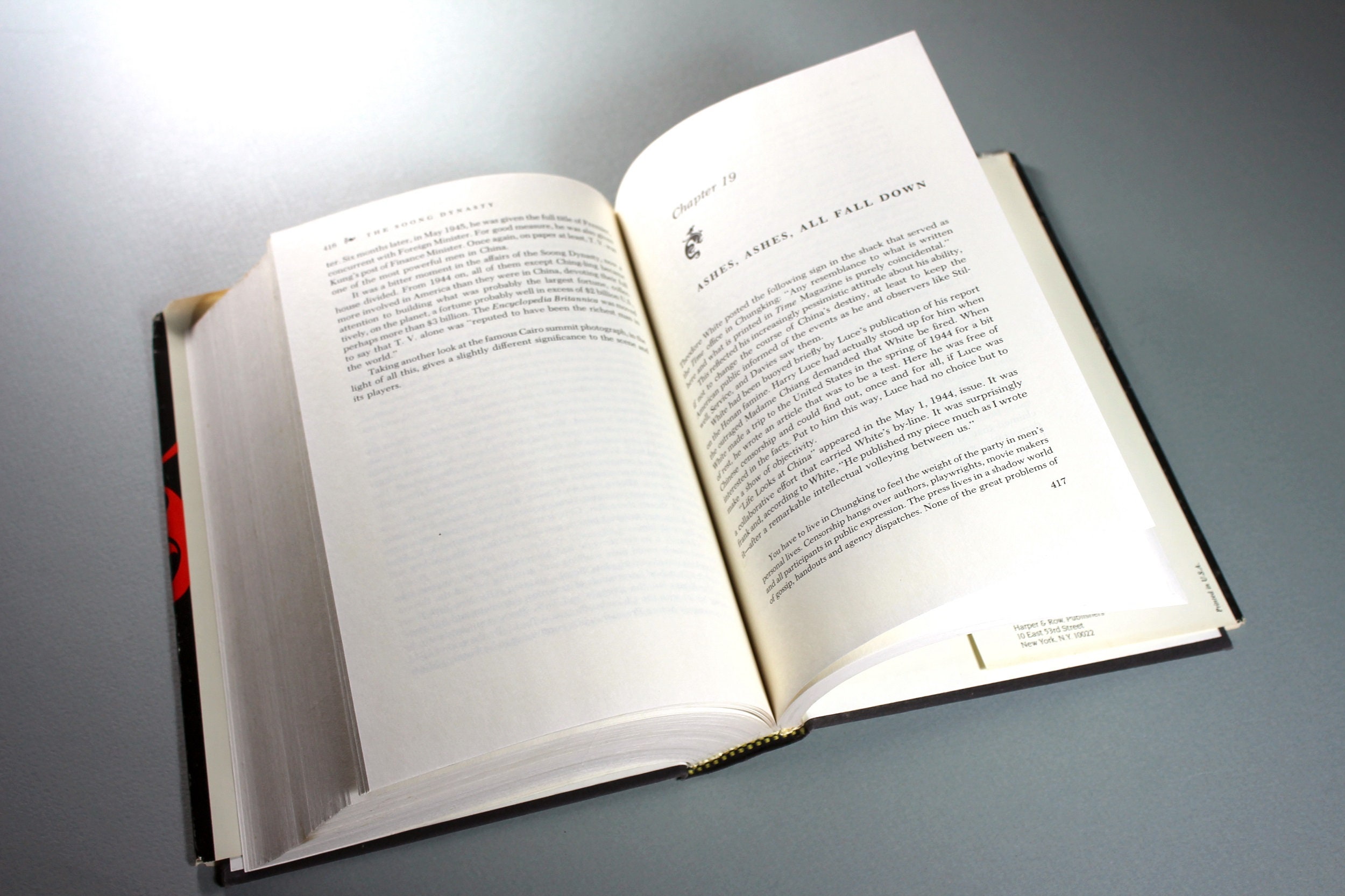 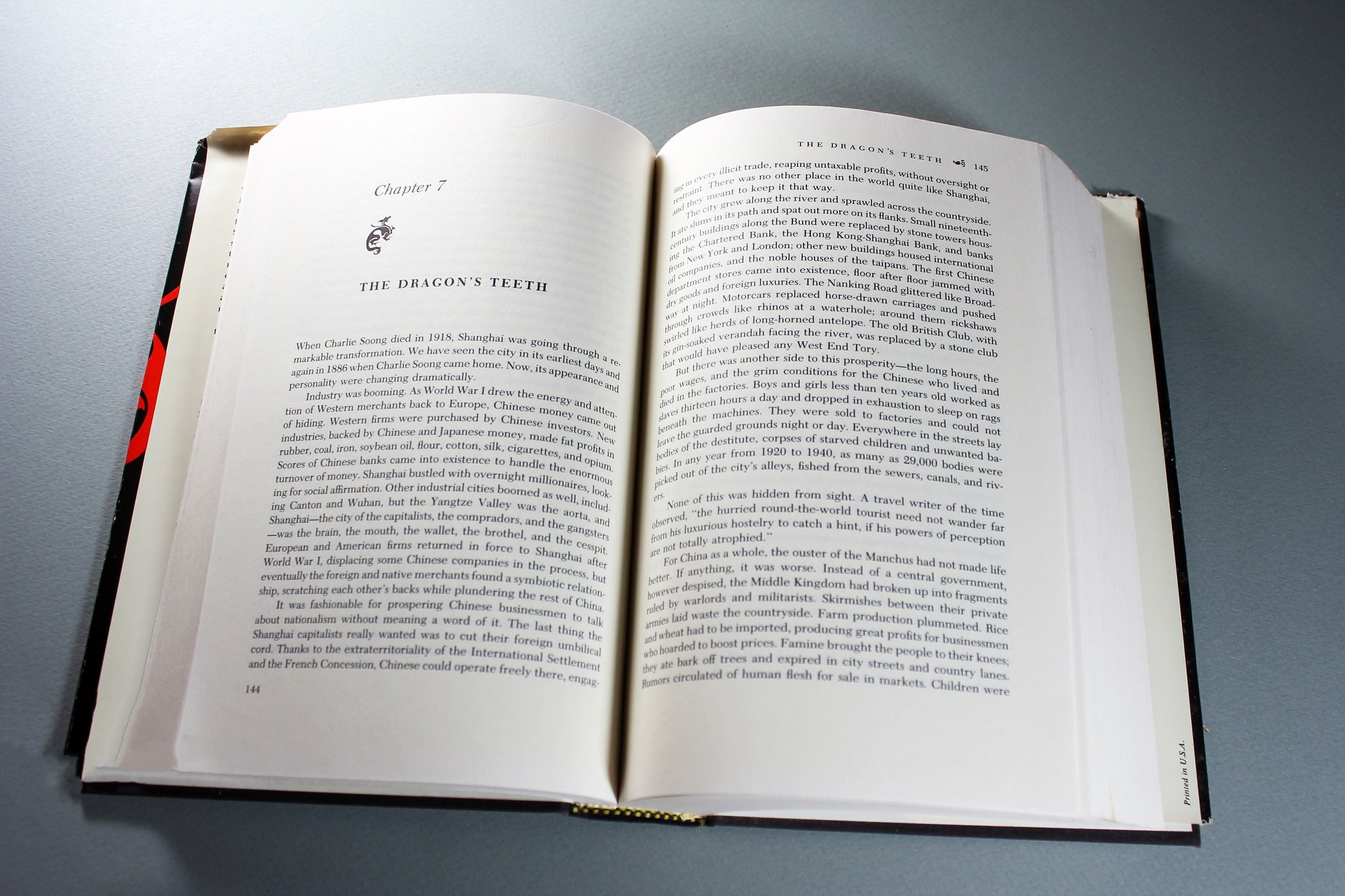 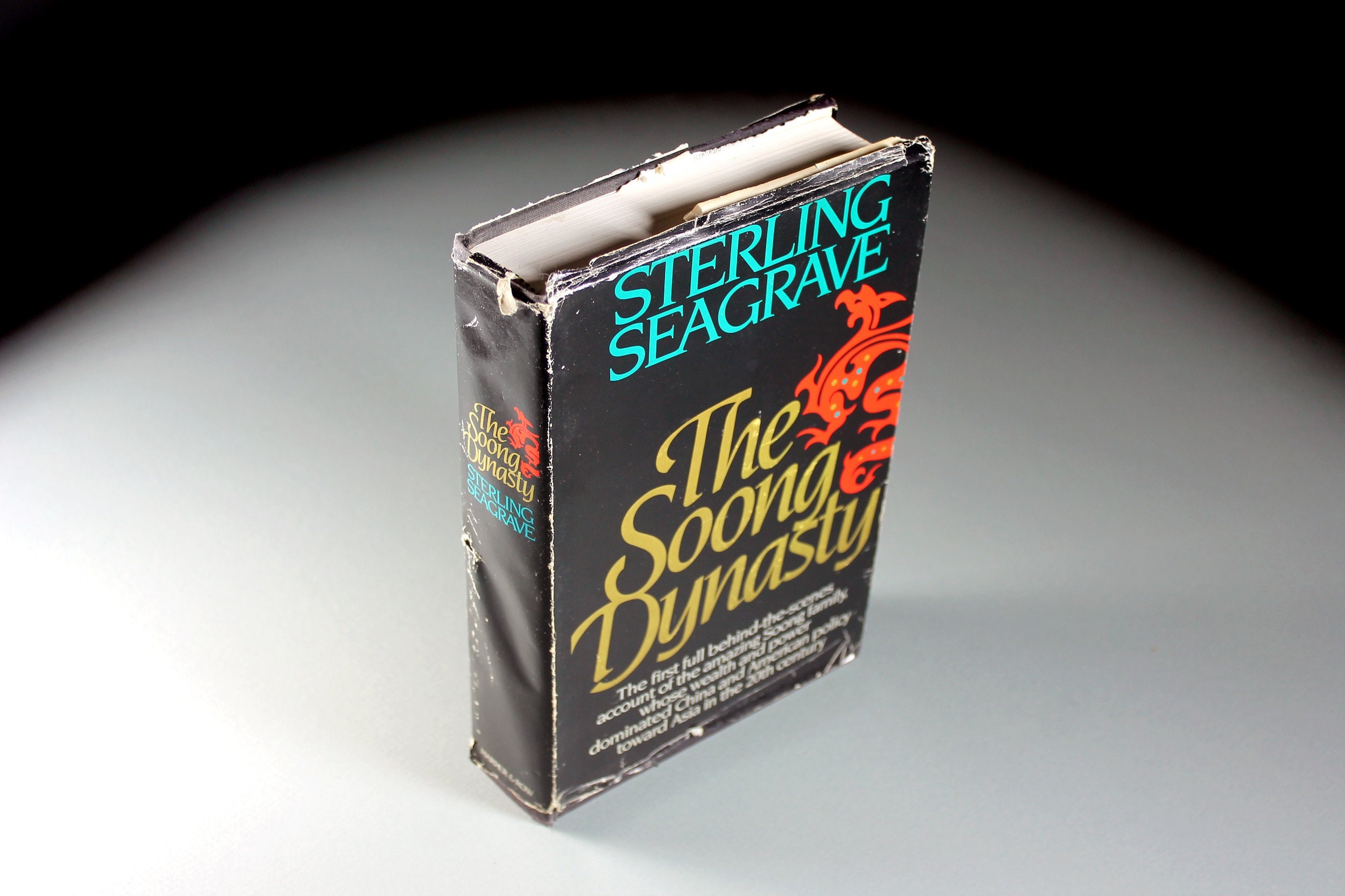 A hardcover book entitled The Soong Dynasty by Sterling Seagrave. The cover boards are black with a gold embossed dragon on the front cover and title on the spine in gold. This is a 1985 first edition.

Descendants of a Chinese runaway who grew up in America under the protection of the Methodist church and who returned to his homeland to make a fortune selling Western bibles, the Soong family became the principal rulers of China during the first half of the 20th century and won the support of the American government and press for many decades. Sterling Seagrave describes for the first time the intricate and fascinating rise to power of Charlie Soong and his children: daughters Ai-ling, who married one of China's richest men, H.H. Kung; Ching-ling, who married Sun Yat-sen, leader of China's republican revolution; May-ling, who married Chiang Kai-shek, the autocratic ruler of Nationalist China whose ties to the Shanghai underworld the author has documented; and son T.V. Soong, who at various times served as Chiang's economic minister, foreign minister, and premier. How all of the Soongs except Ching-ling amassed enormous wealth while millions of Chinese starved or were killed in the long fight against Japan and the equally bitter struggle with Mao are just some of the revelations in this explosive book.

Sterling Seagrave (1937 – 2017) was an American historian. He was the author of The Soong Dynasty, The Marcos Dynasty, Gold Warriors and numerous other books that address unofficial and clandestine aspects of the 20th-century political history of countries in the Far East.

This book is used and in very good condition. The book has no rips or tears. The inside pages are clean, completely unmarked, and crisp. The binding is completely intact, strong and like new. There is some light staining to the front cover. The dust jacket is in fair condition with some rips and tears along the bottom and near the spine.