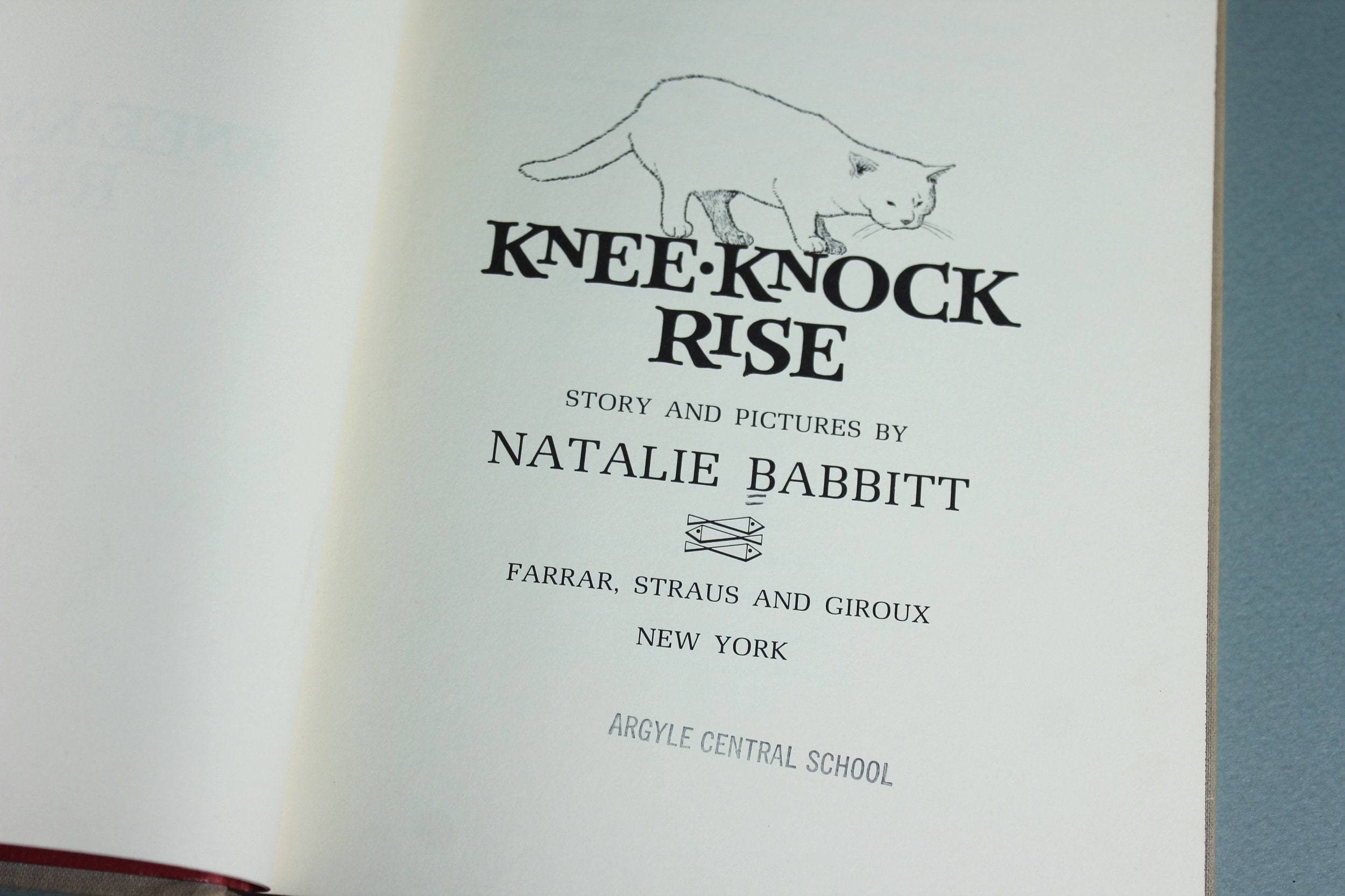 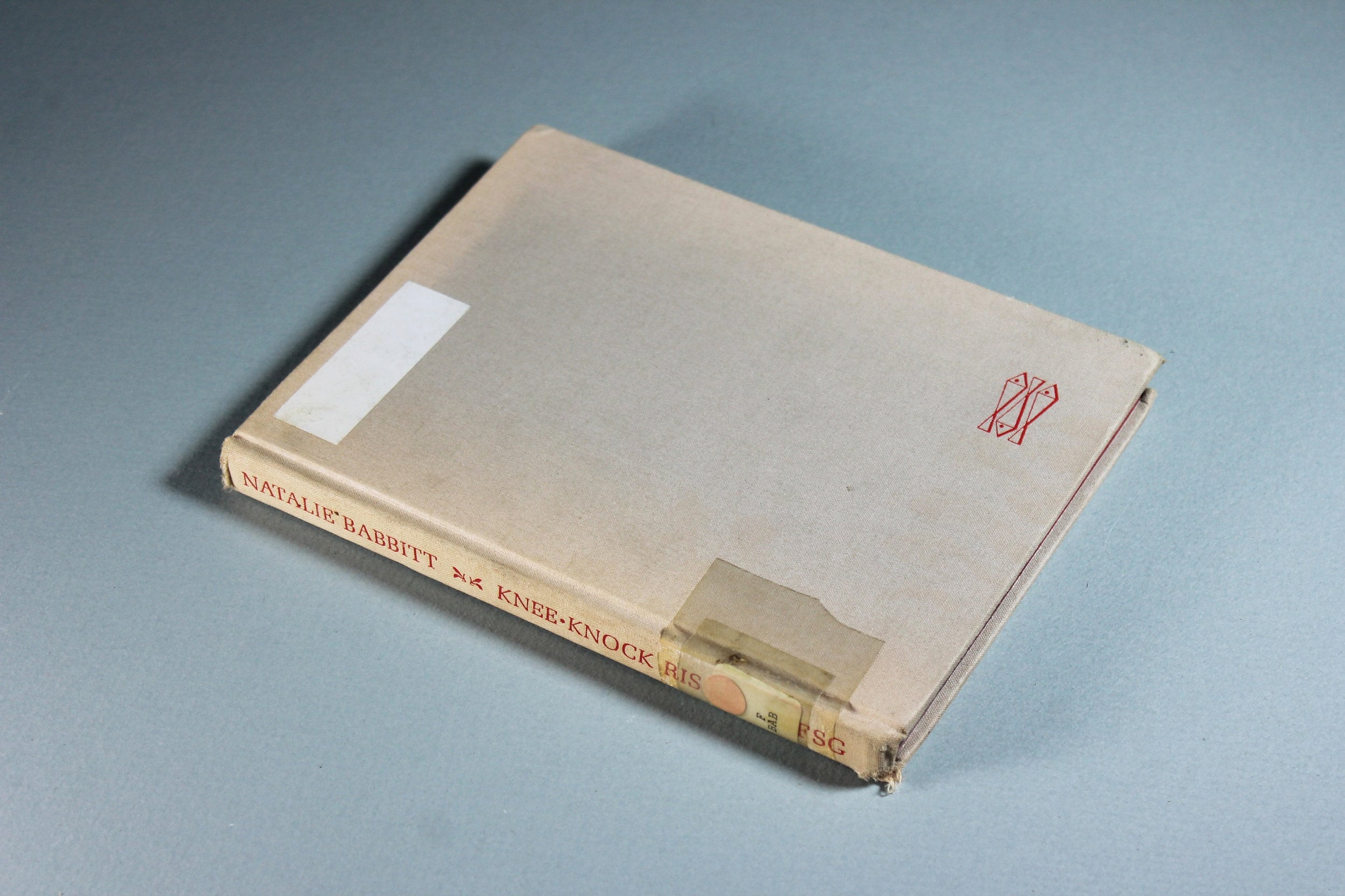 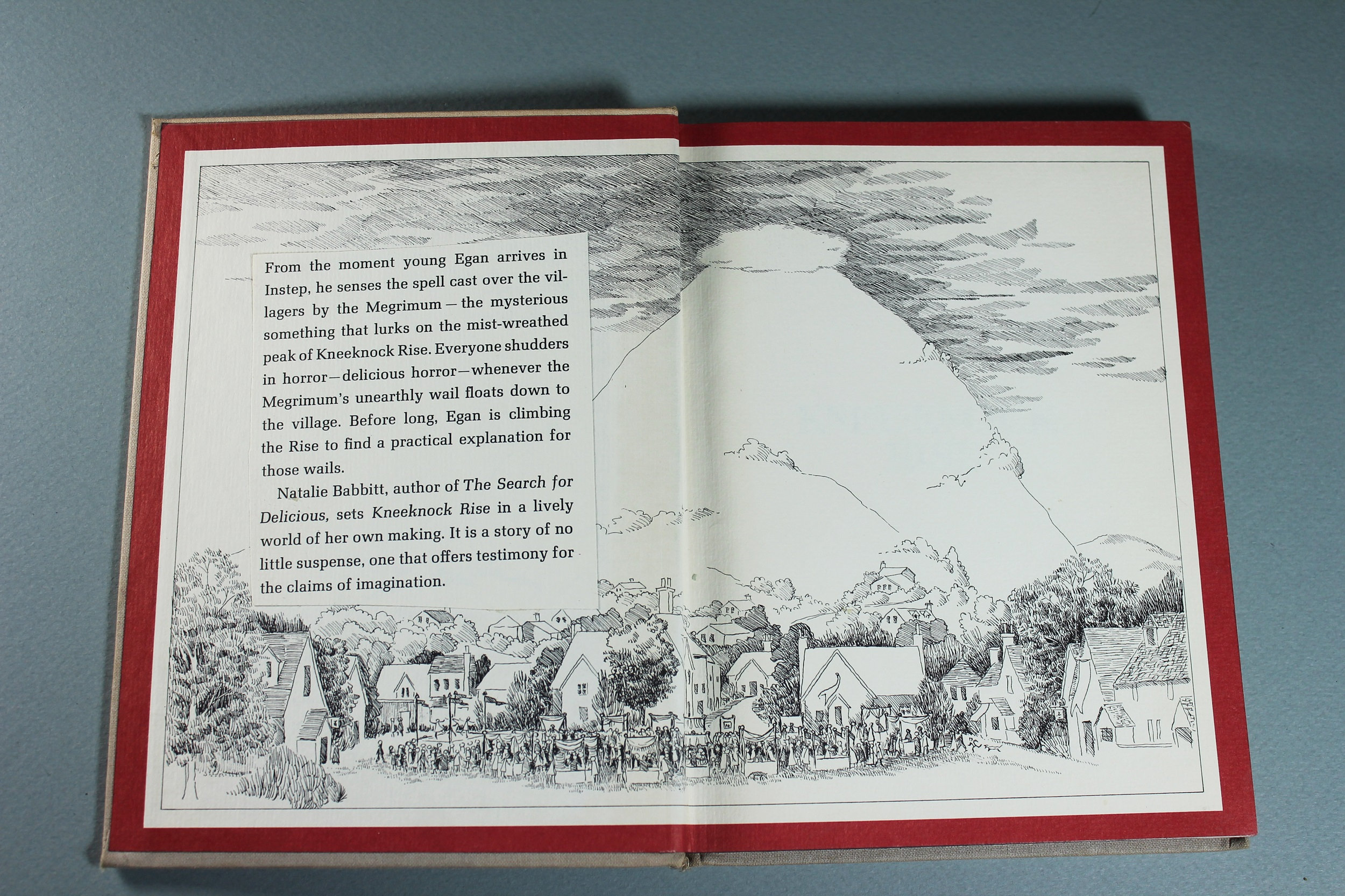 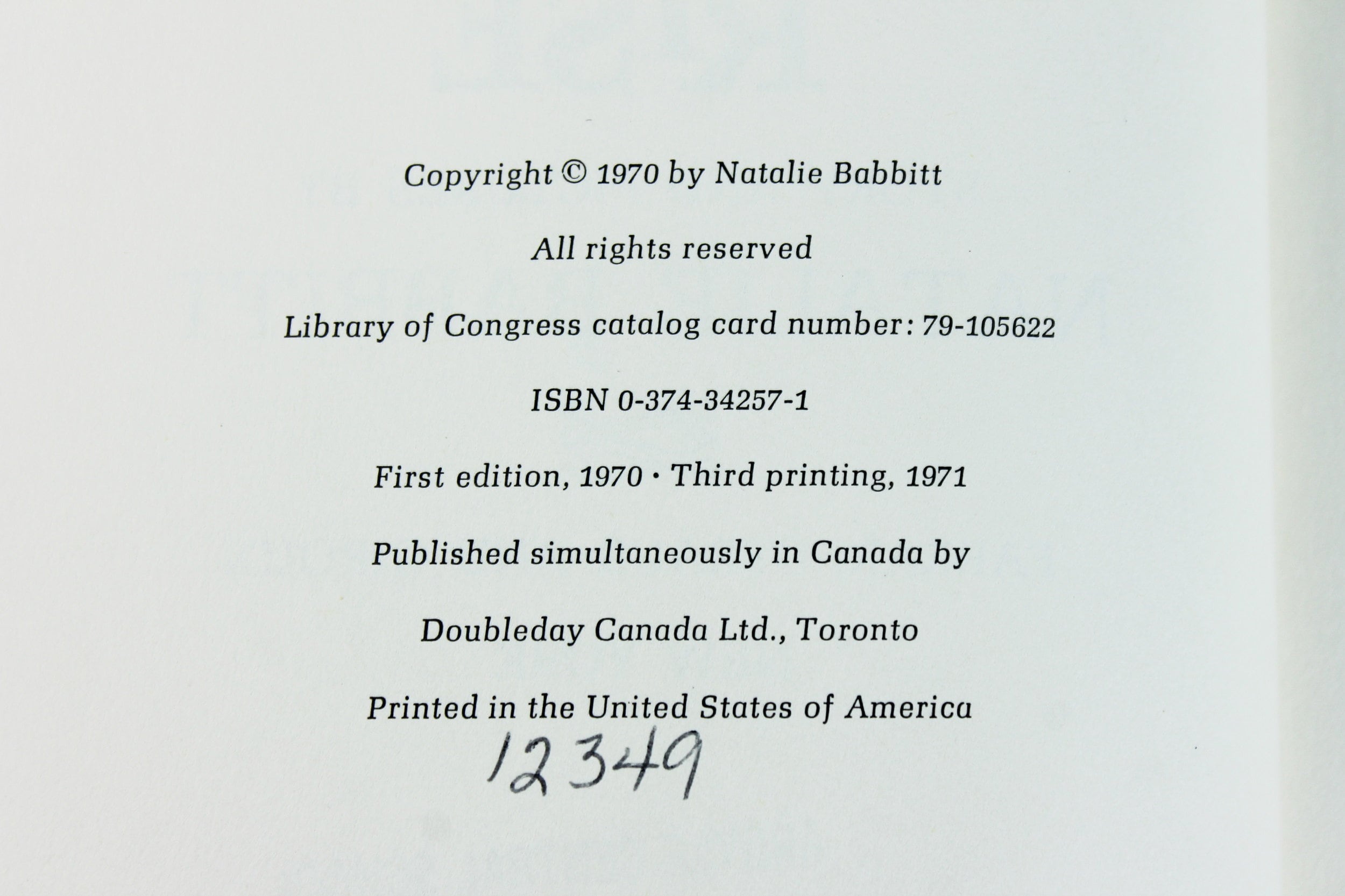 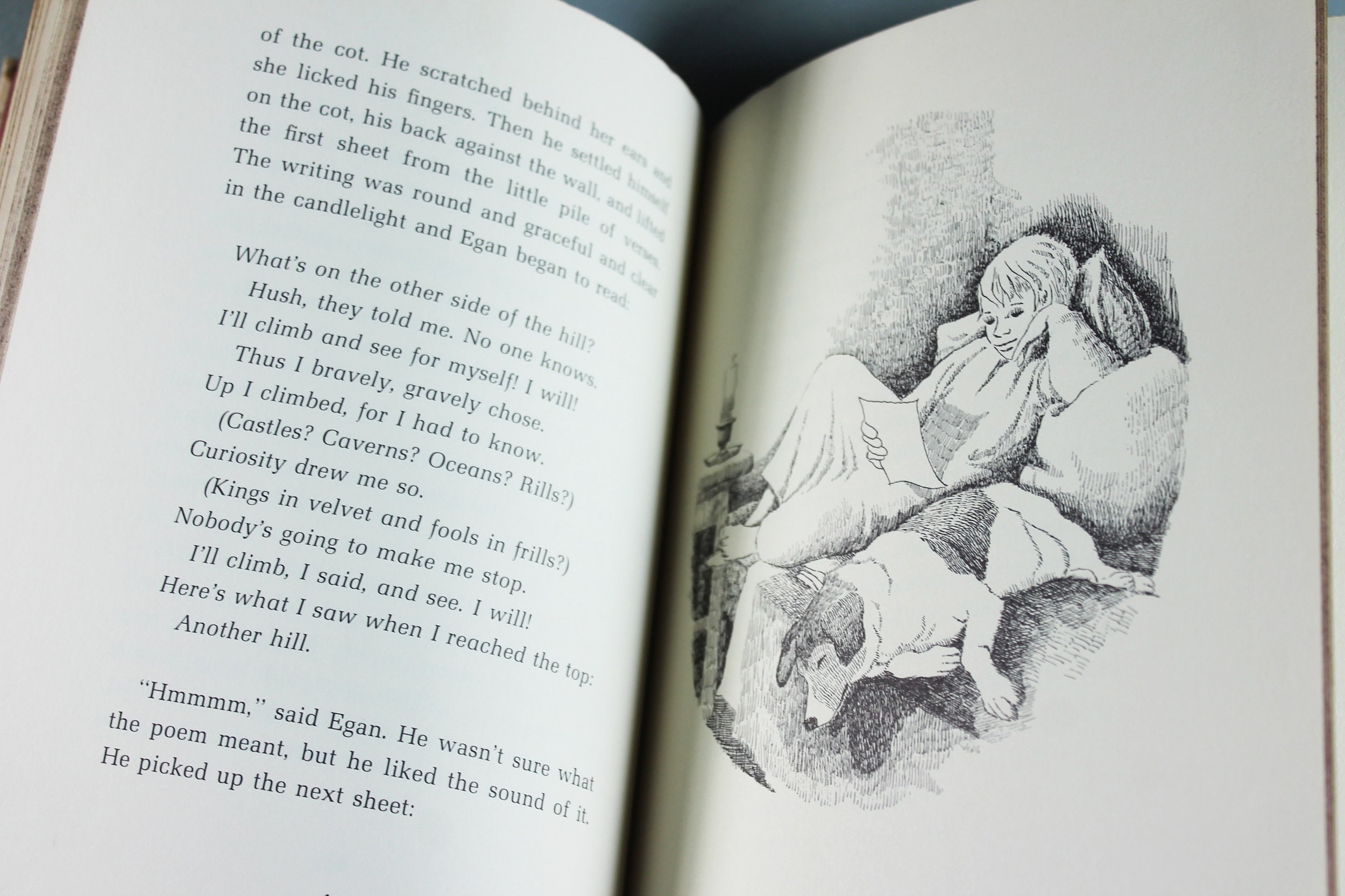 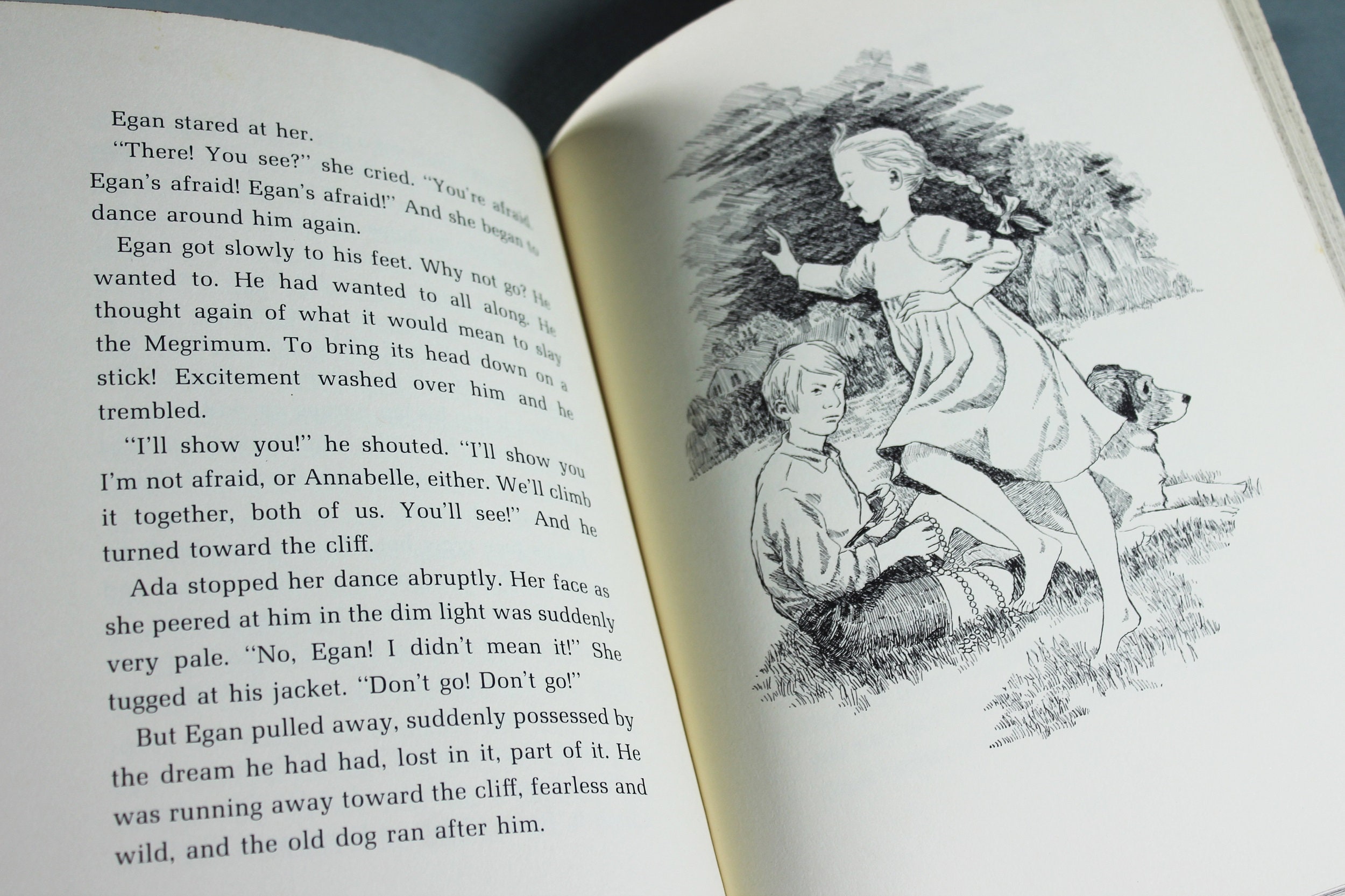 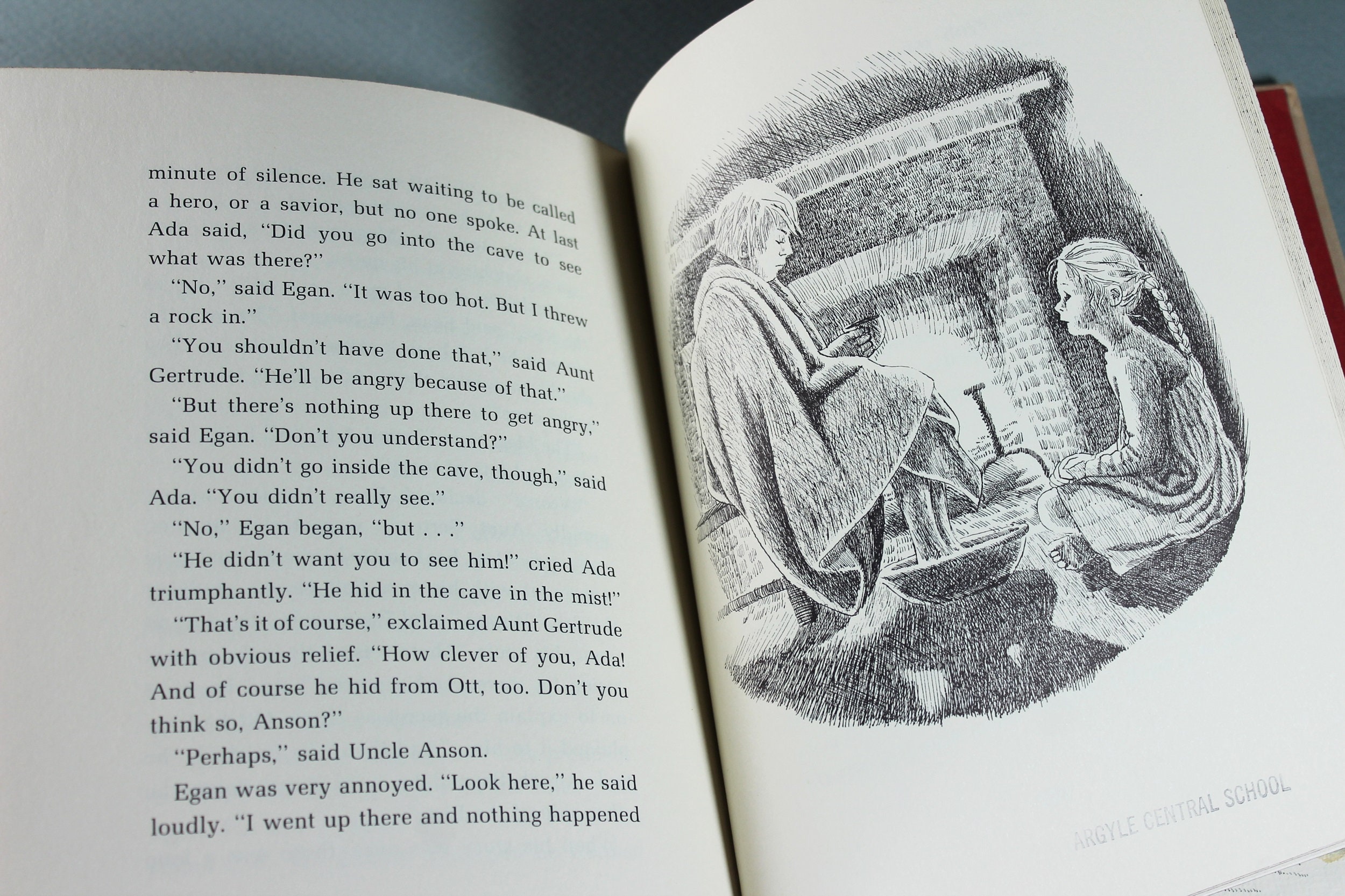 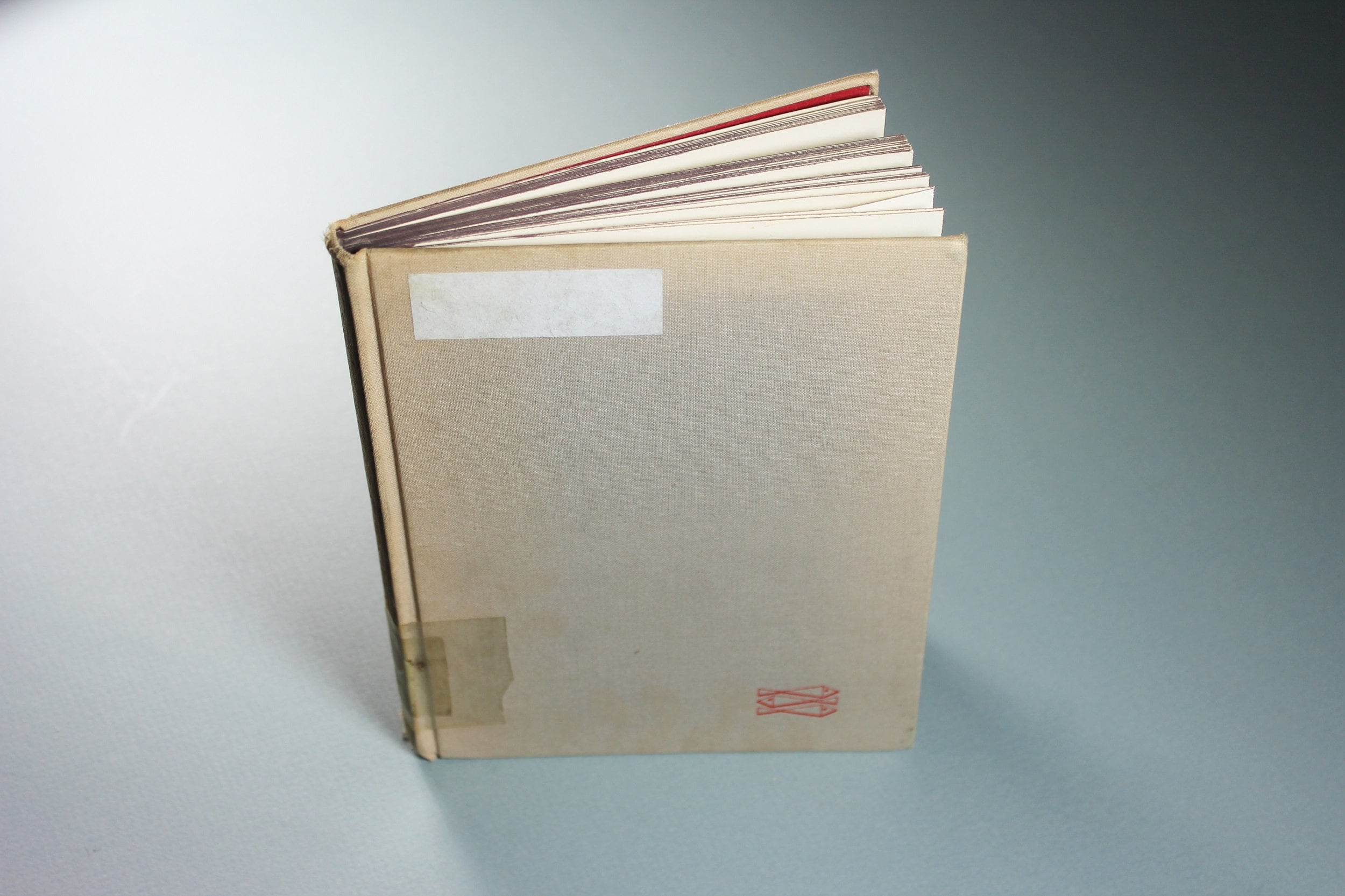 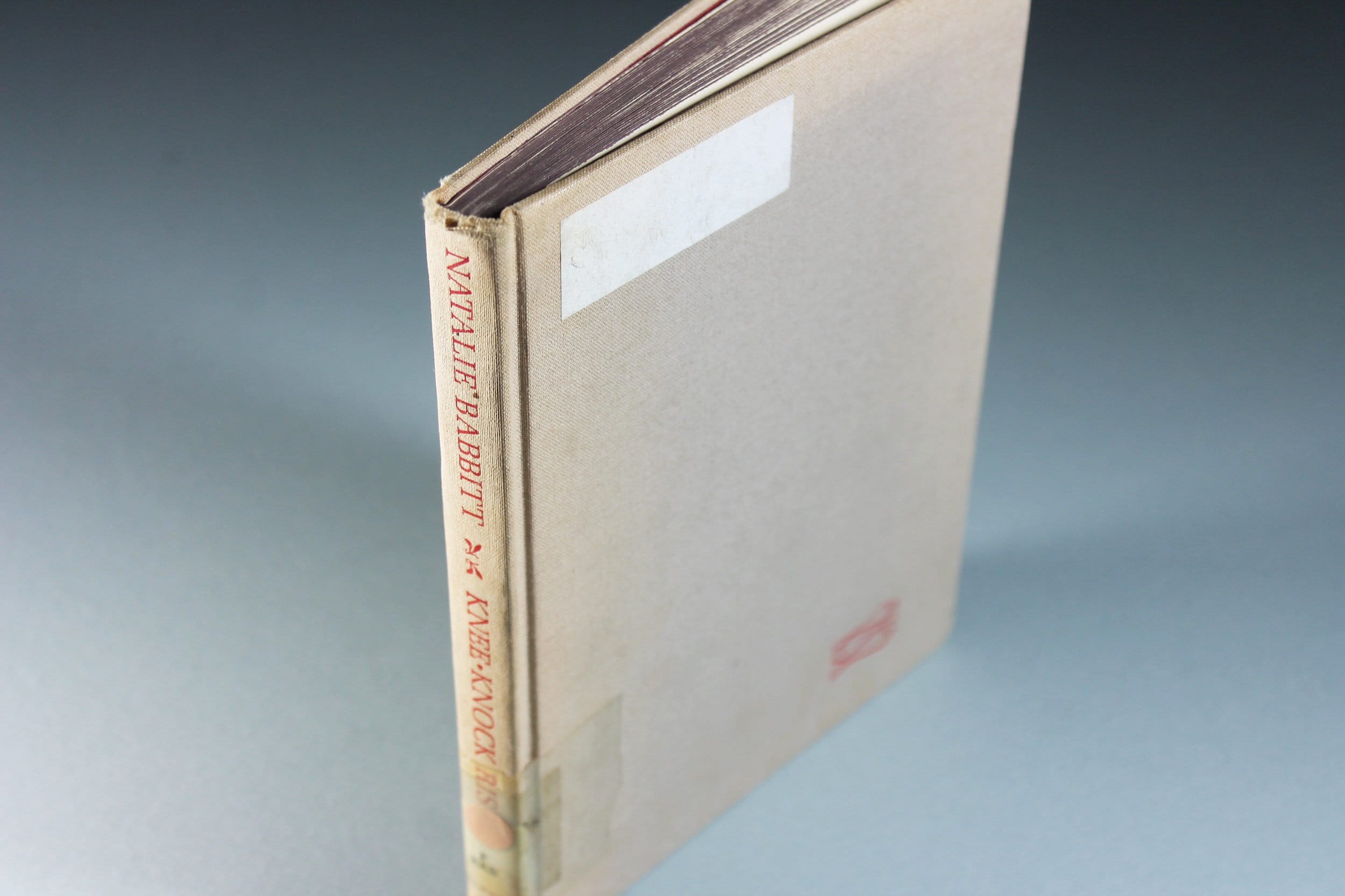 A wonderful children's book called Kneeknock Rise by Natalie Babbit. This book is illustrated by the author. The book has a brown cover with a symbol in red on the front cover and title in red on the spine.

The story is set in the small and rather boring village of Instep. Egan, a young boy, has come here to visit relatives and attend a fair. The village's people are terrified by the noises that come from the top of a small nearby mountain. No one has ever investigated the source of the sound, but the general rumor is that a thing called the "Megrimum" lives up there, kept at bay only through the use of various charms and offerings. Teased by his cousin, Egan decides to make a trek up the mountain to investigate the source of the noises. When he discovers what's really up there, he has a hard decision to make about whether or not to inform the village. When something goes wrong, Egan's cousin Ada tells everyone in the town of Instep that Egan was trekking up the rise. Everyone in the town starts looking for Egan. At the top of the rise, Egan discovers that there is no Megrimum; the source of the sound is a boiling spring inside a cave, that echos when it rains. Egan tries to tell everyone in Instep that the Megrimum is fake, but everyone thinks he was lying.

Natalie Zane Babbitt (1932 – 2016) was an American writer and illustrator of children's books. Her acclaimed 1975 novel Tuck Everlasting has been adapted into two feature films and a Broadway musical. She received the Newbery Honor and Christopher Award and was the U.S. nominee for the biennial international Hans Christian Andersen Award in 1982.

This book is in Fair condition. The book's cover has a sticker on the front and library tape on the spine. The book does show signs of shelf wear. The library cardholder has been removed from the back inside cover. It doesn't have its dust cover. The spine is tight and the pages are clean and unmarked.