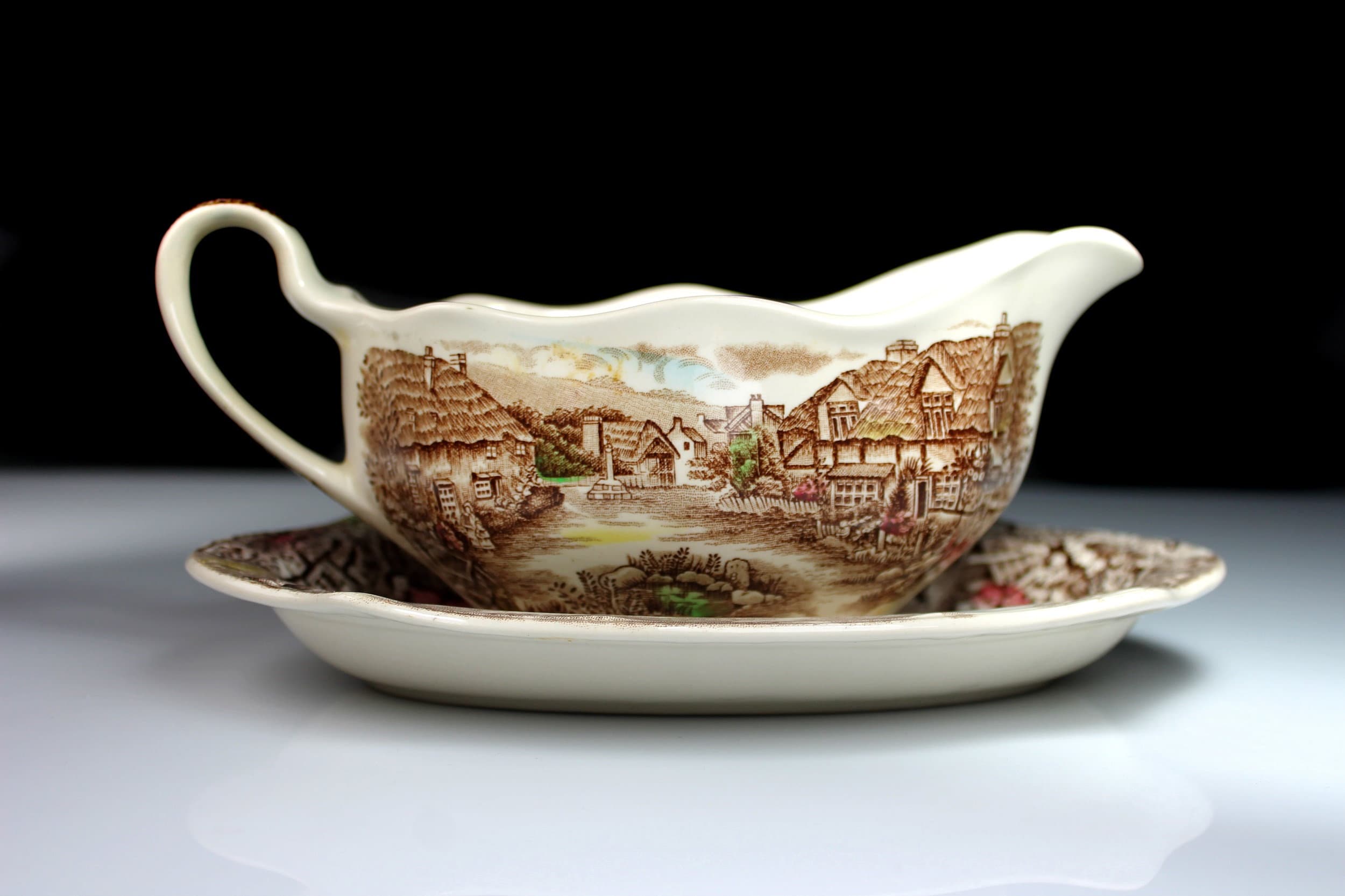 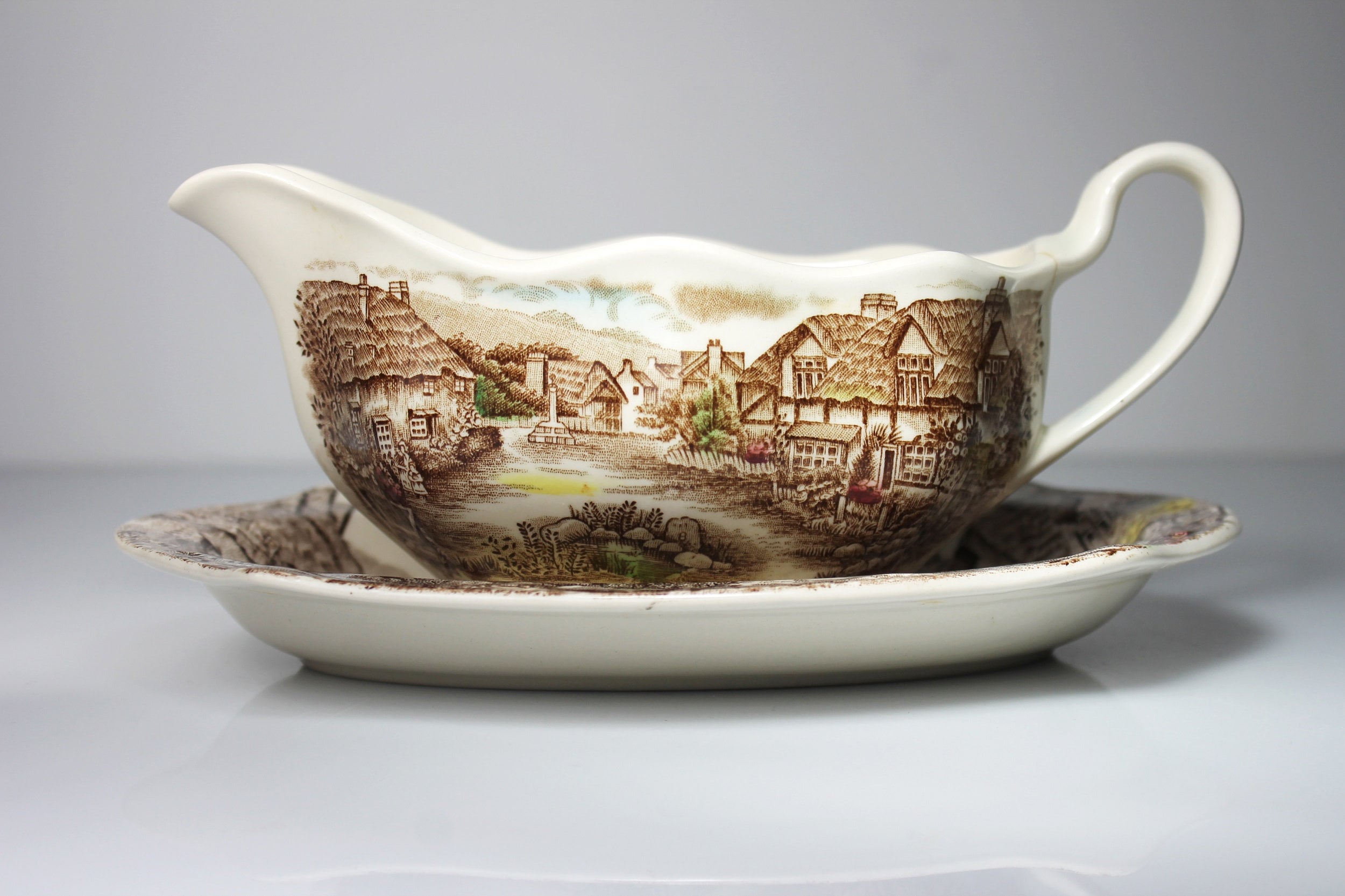 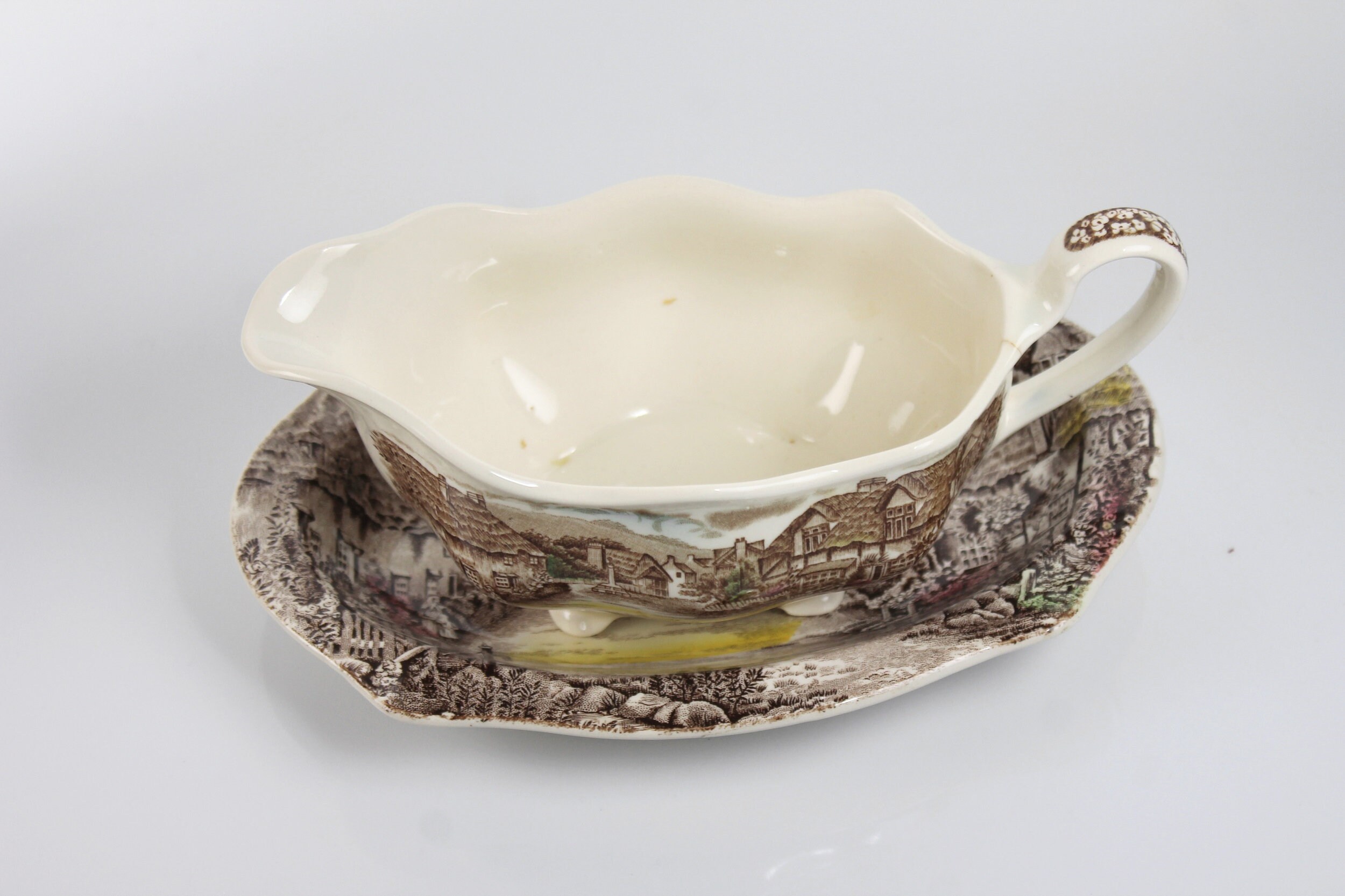 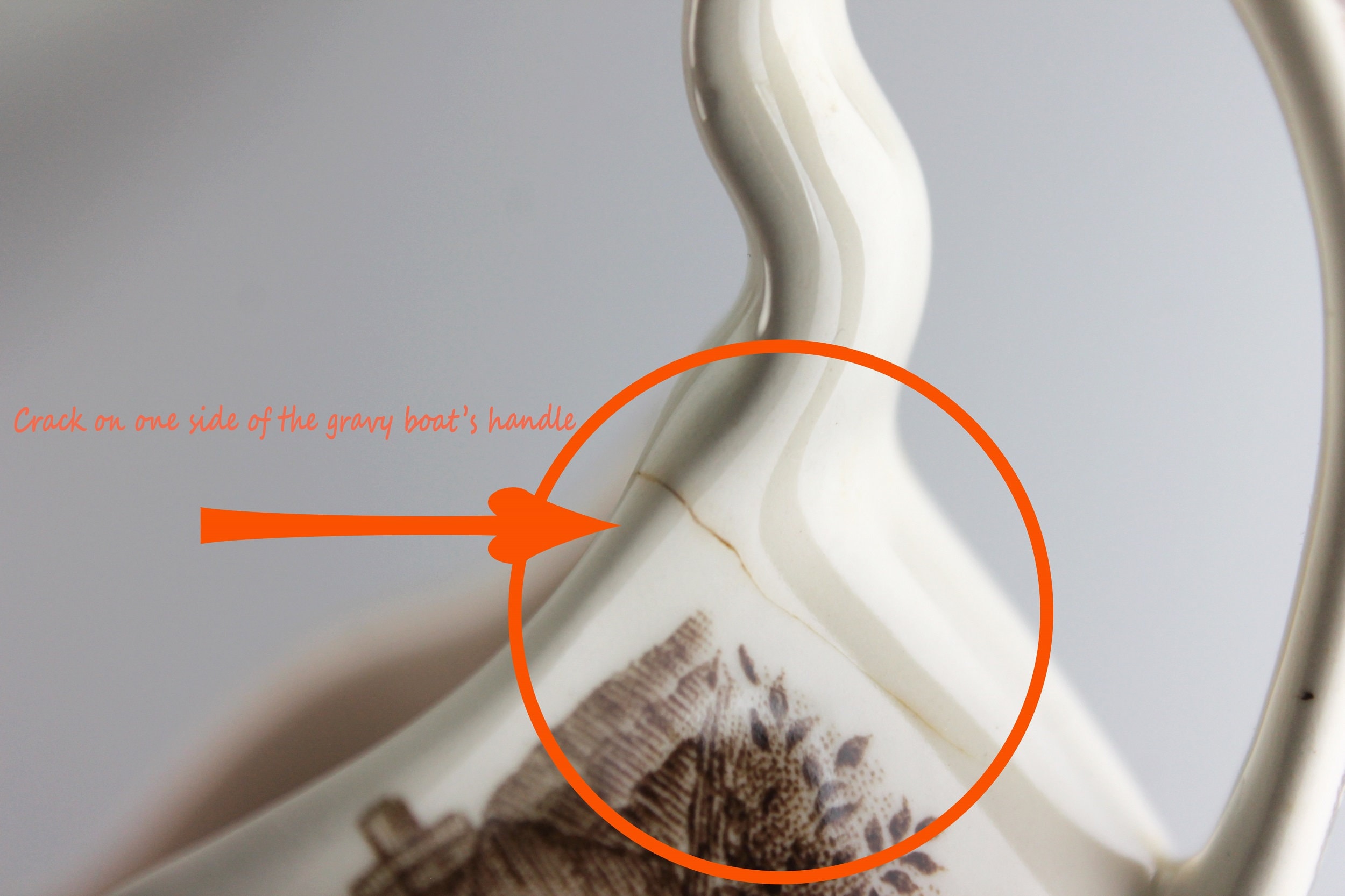 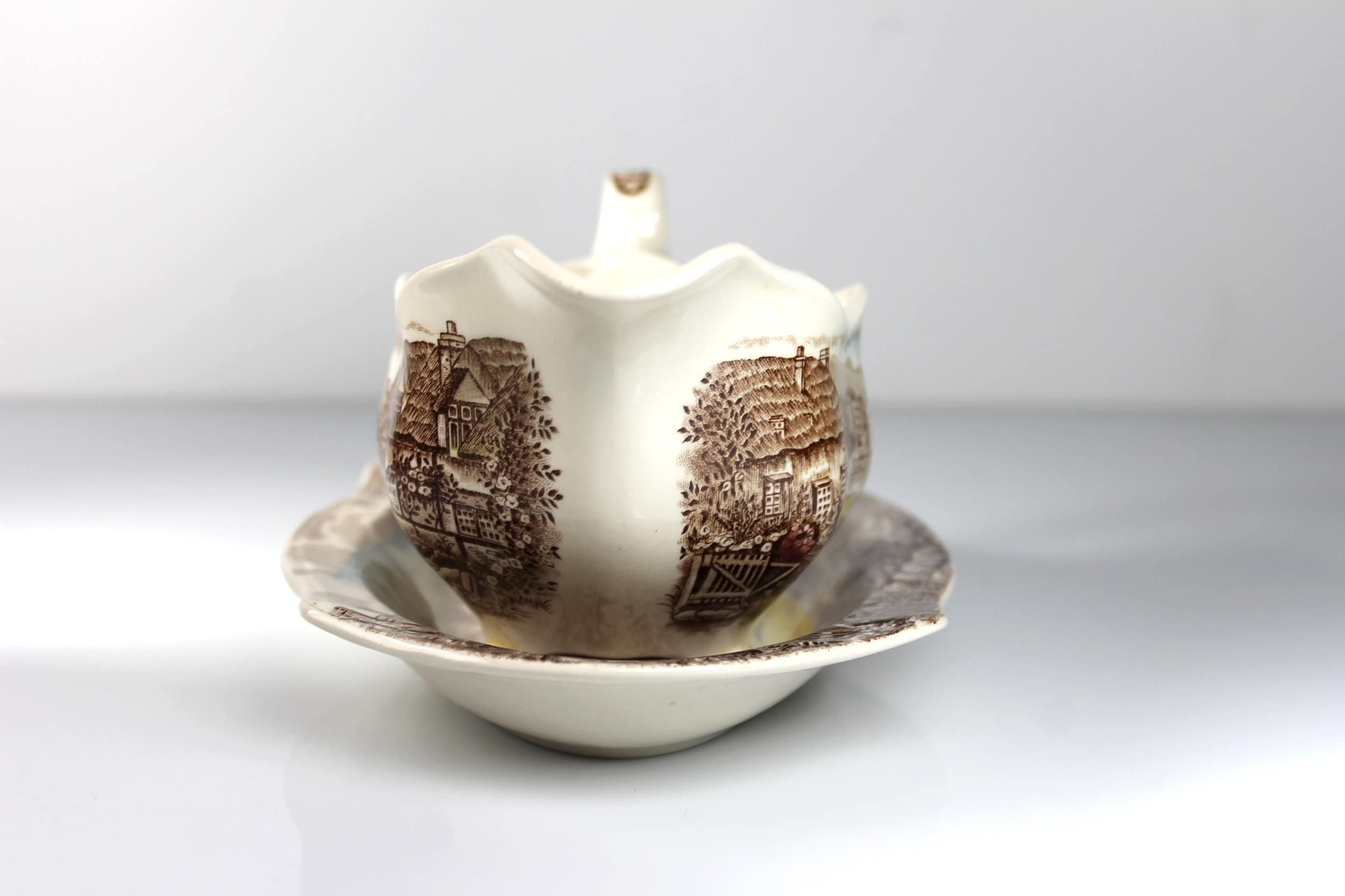 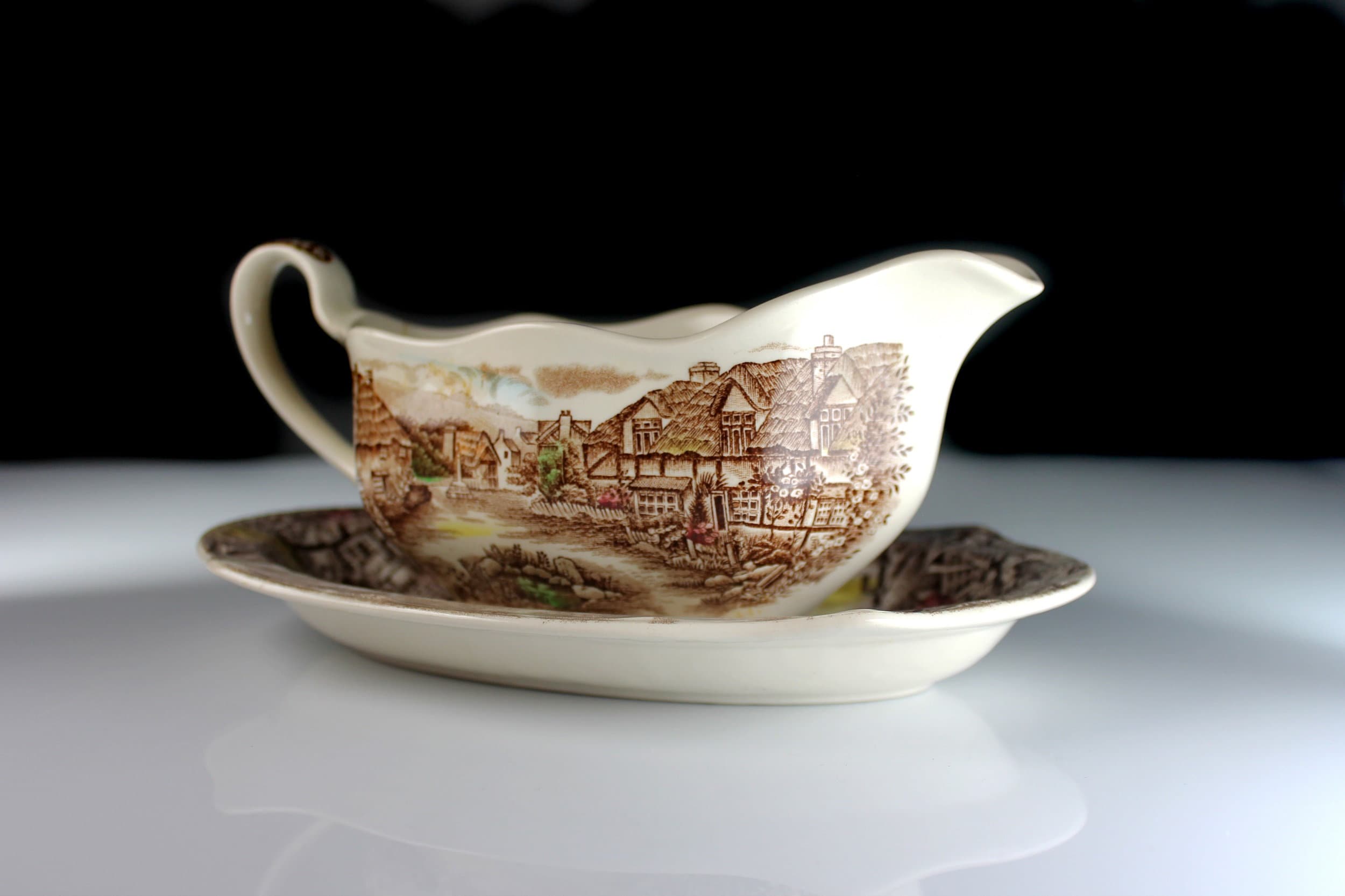 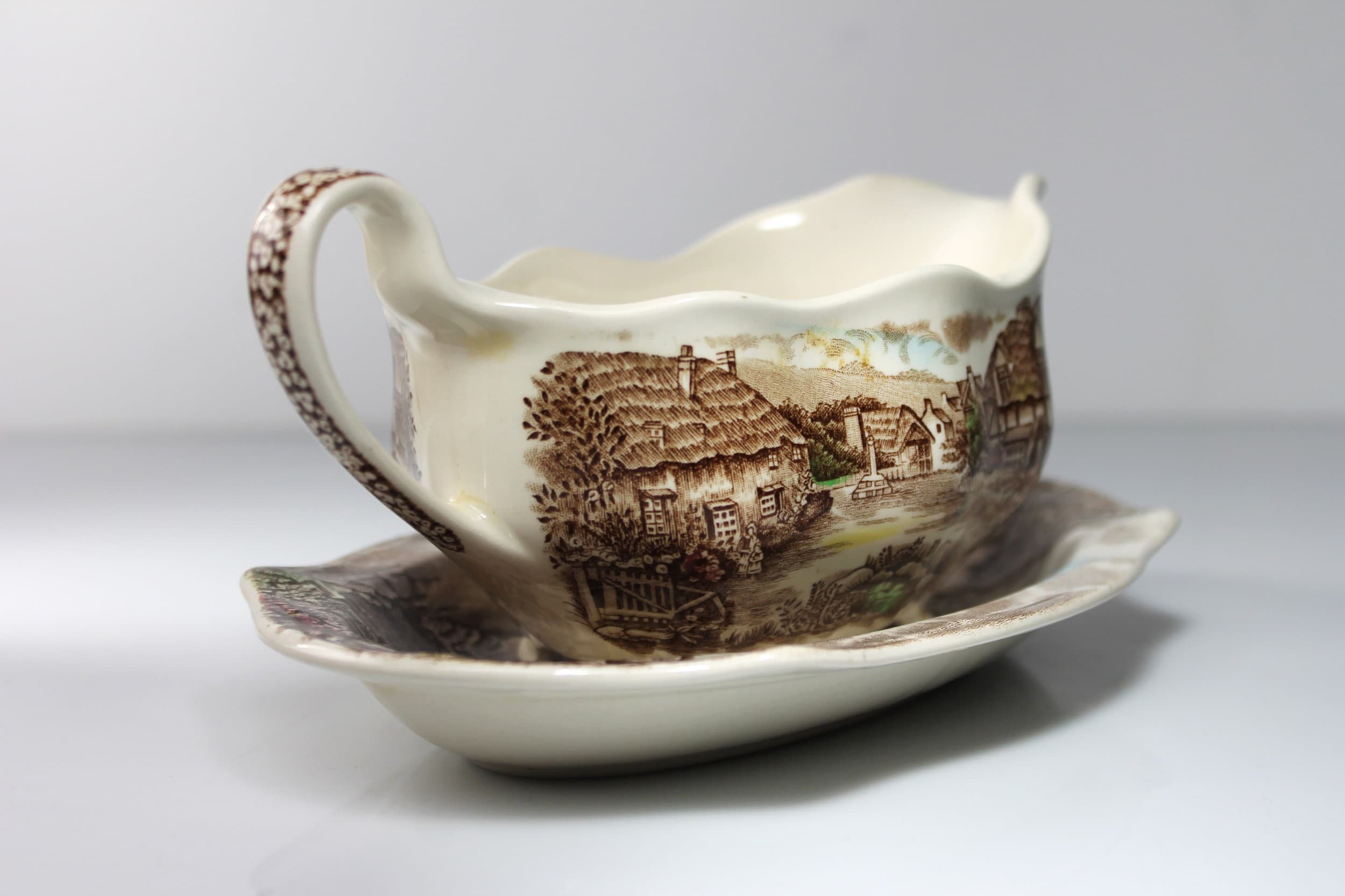 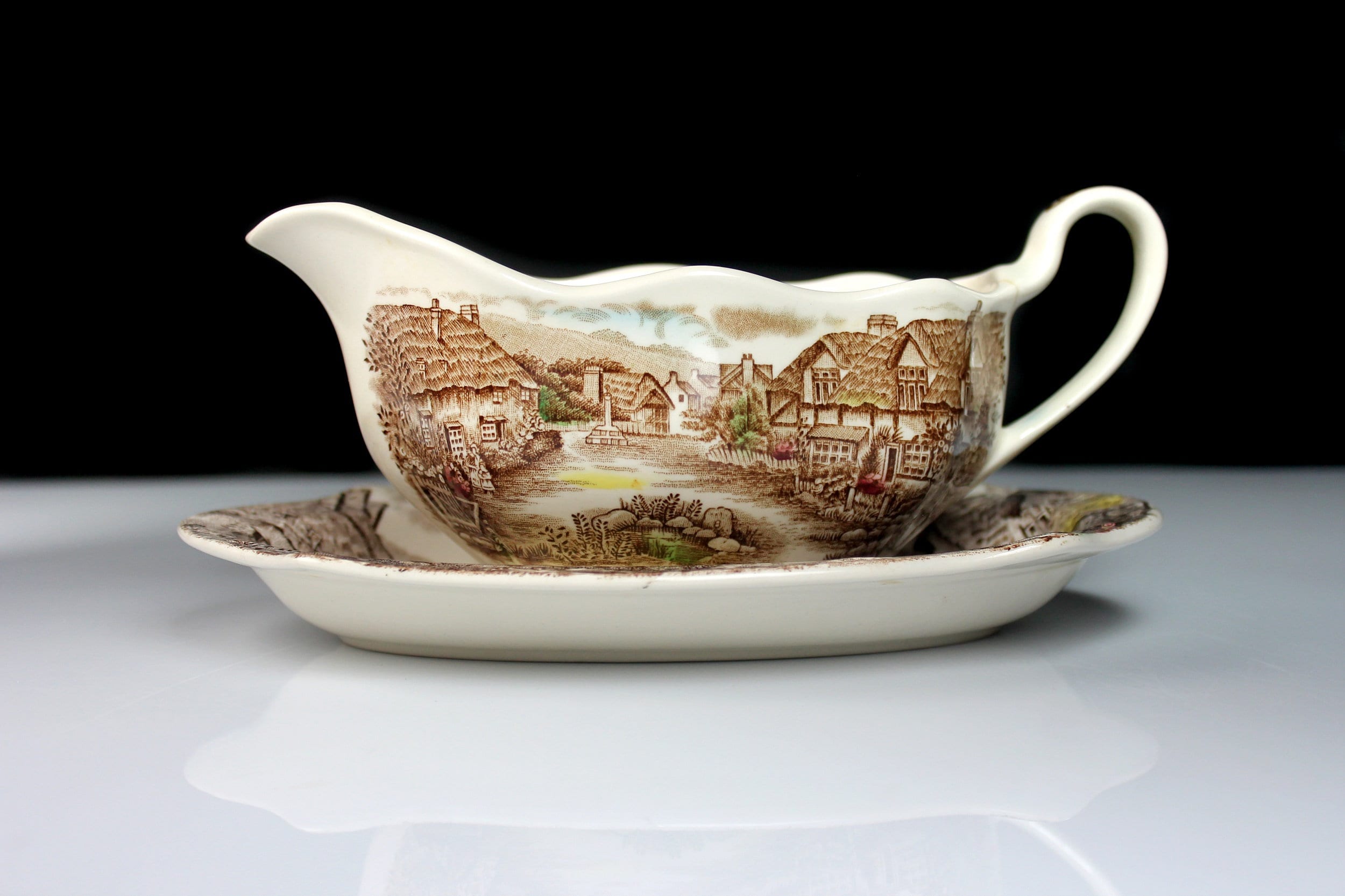 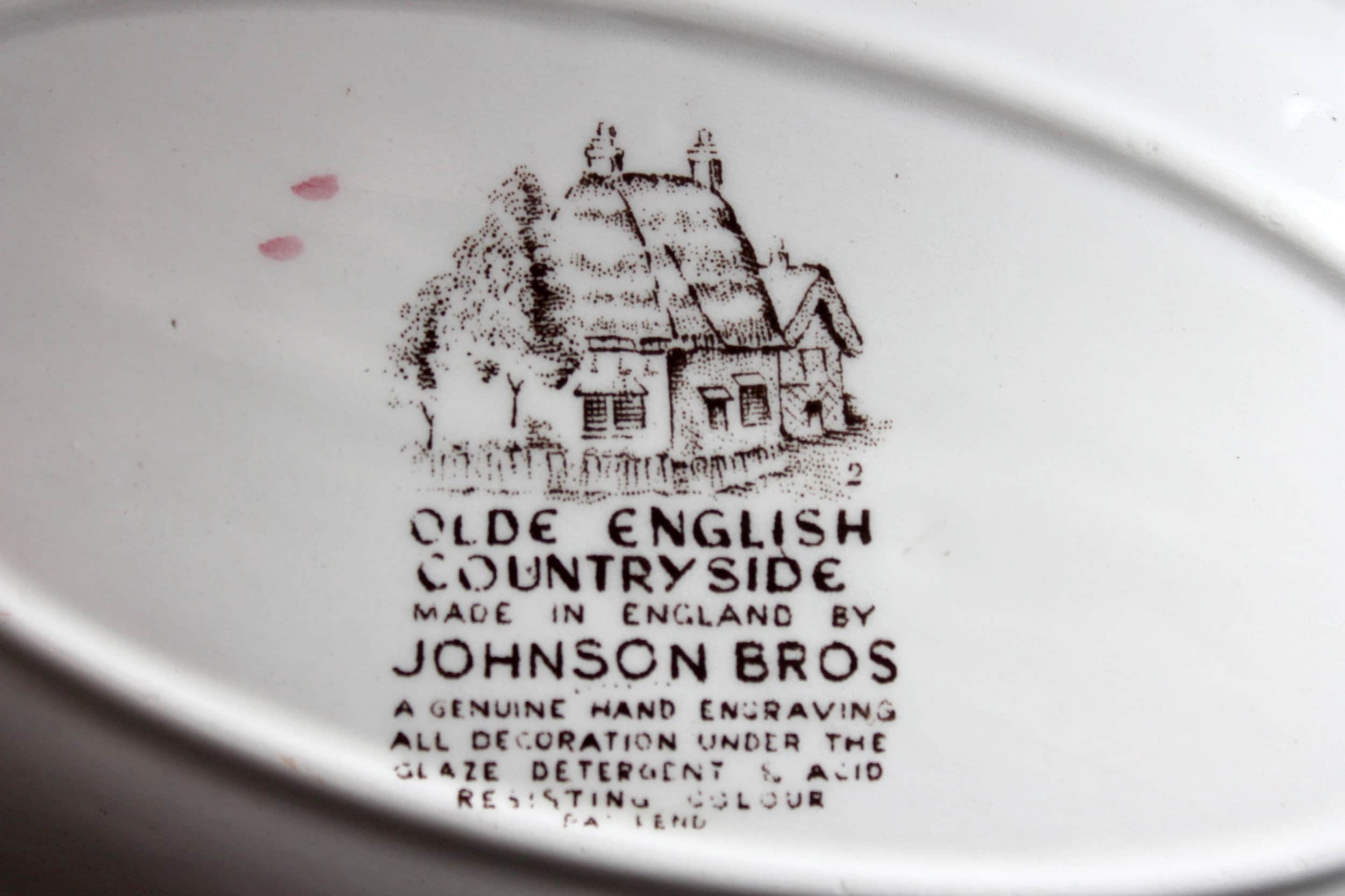 A beautiful gravy boat with underplate made by Johnson Bros. in the Olde English Countryside pattern. The pattern consists of country scenes with a touch of blue, green, red, and yellow added. This would look lovely on a table, sideboard, or buffet. Together they make a great display set.

The gravy boat is in good condition with no chips or crazing. It does have a crack by the handle (please see photos). Our price reflects this imperfection.

The underplate is in excellent condition with no chips, cracks, or crazing.