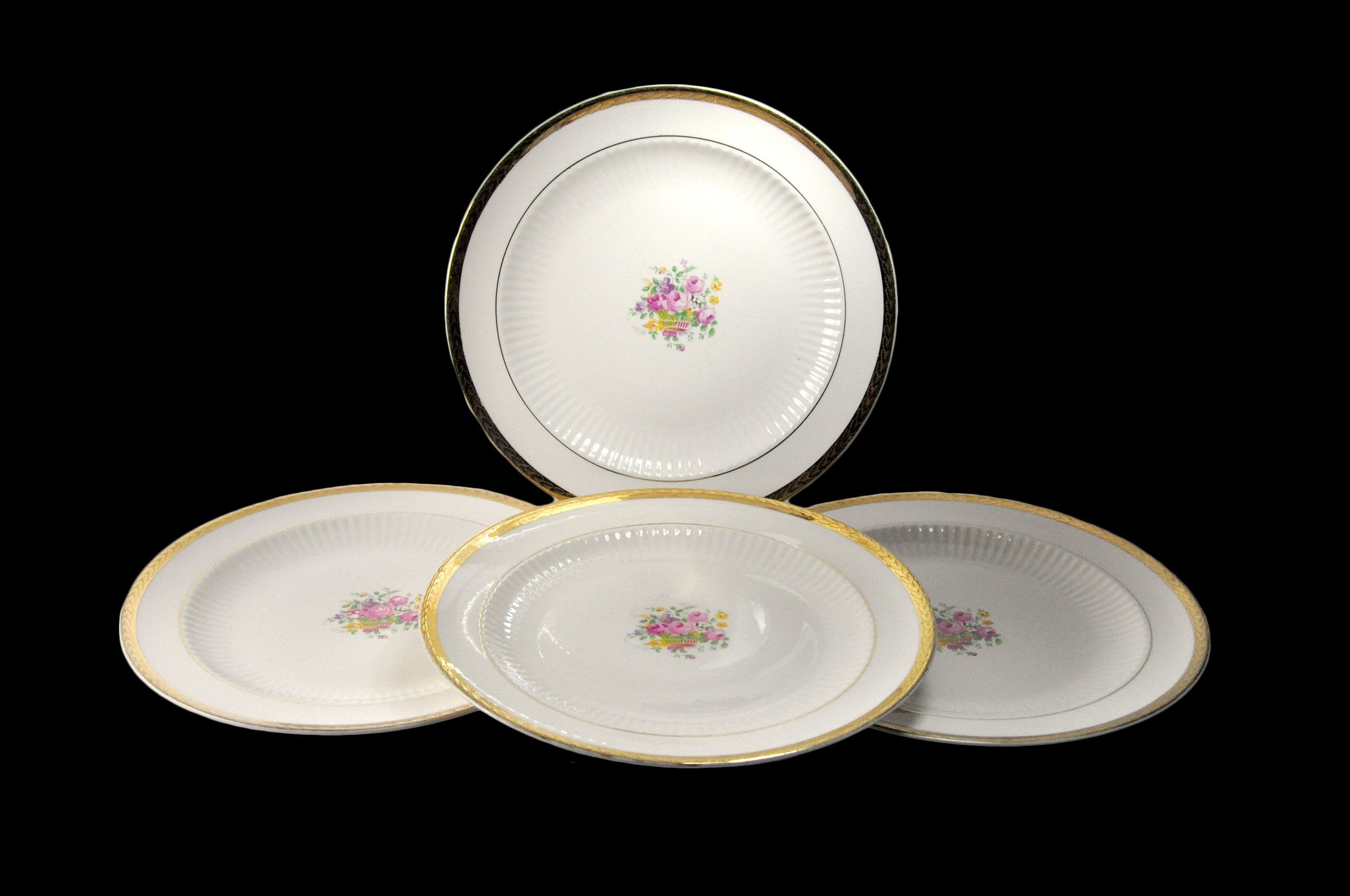 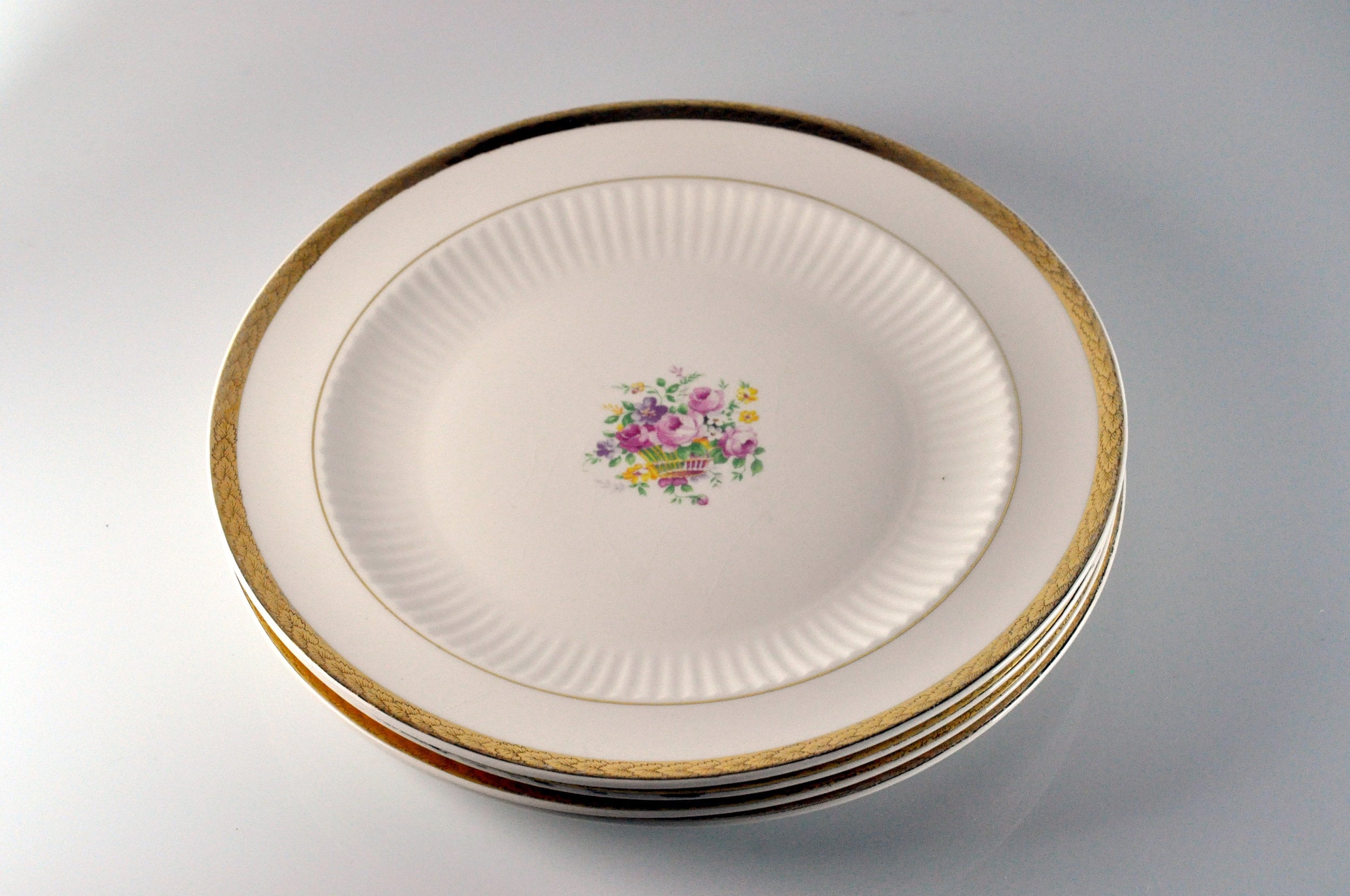 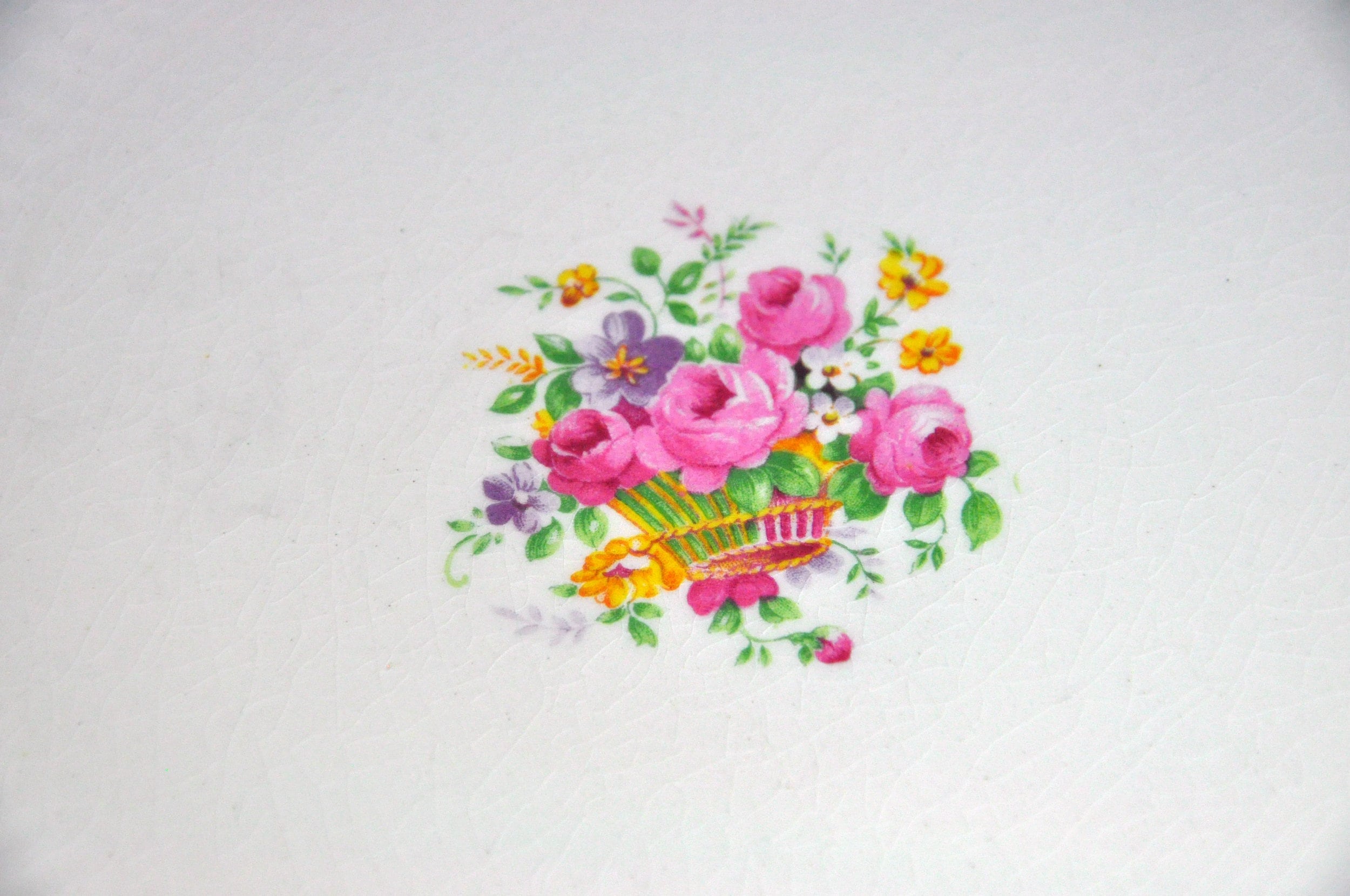 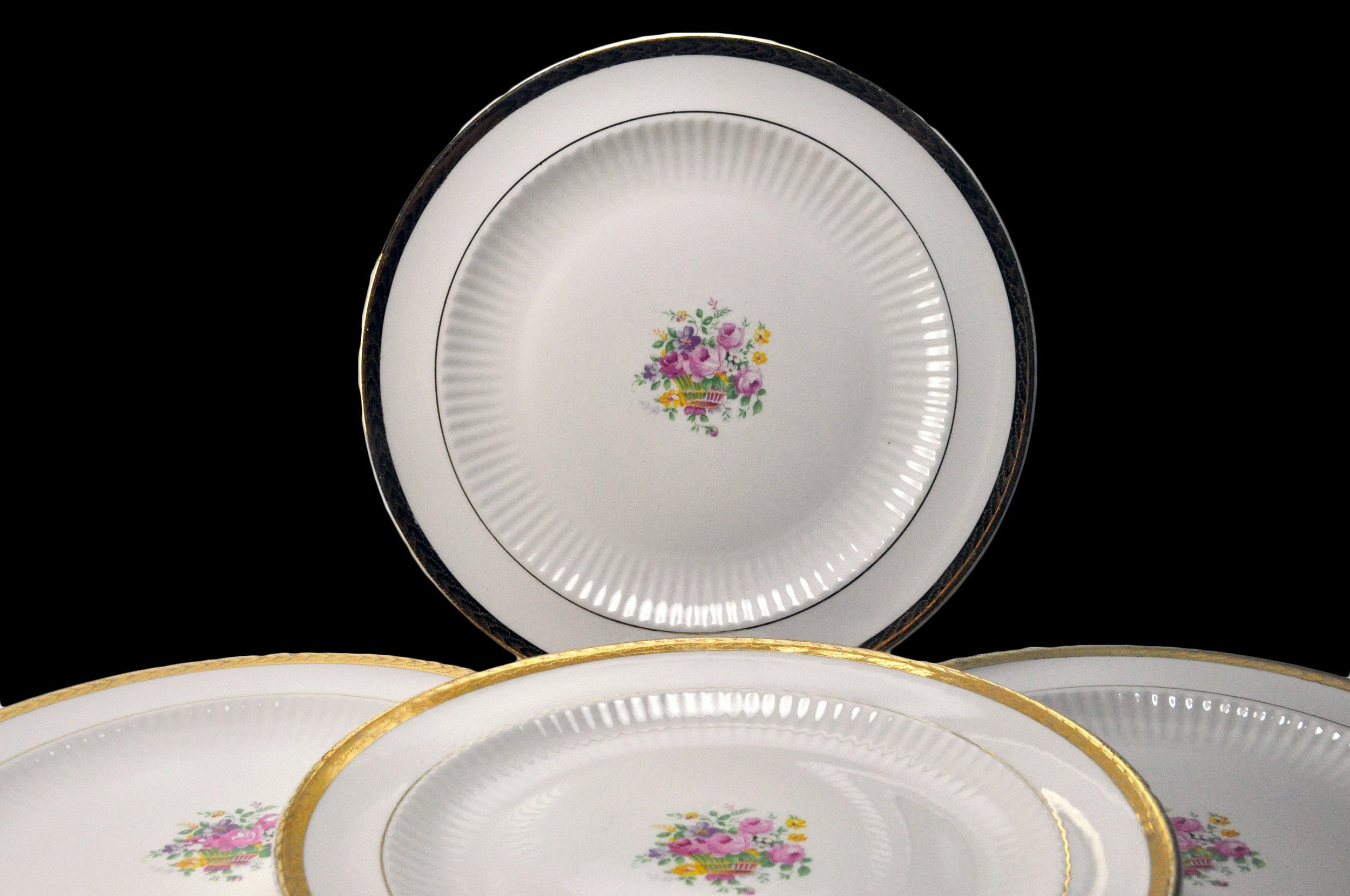 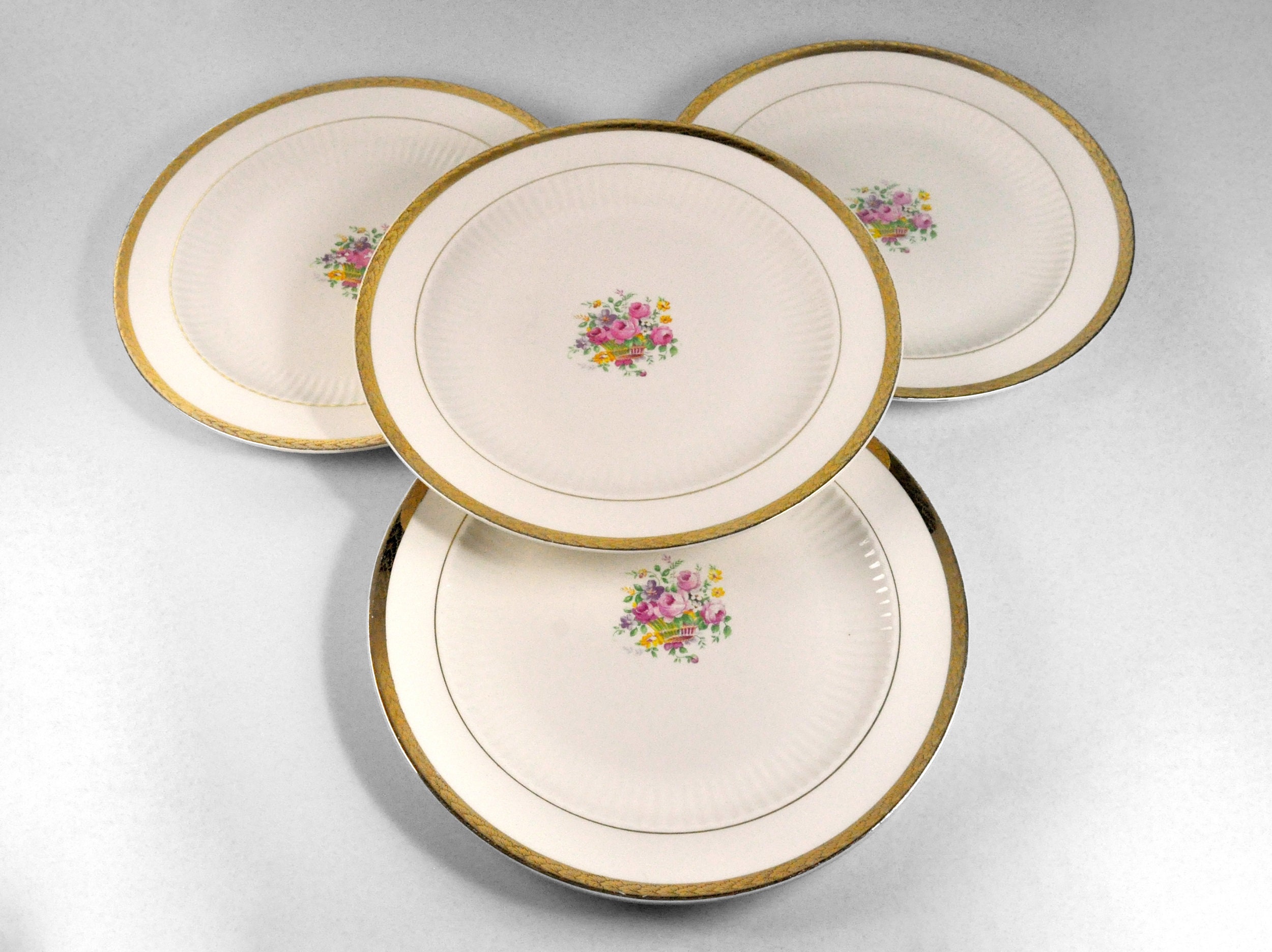 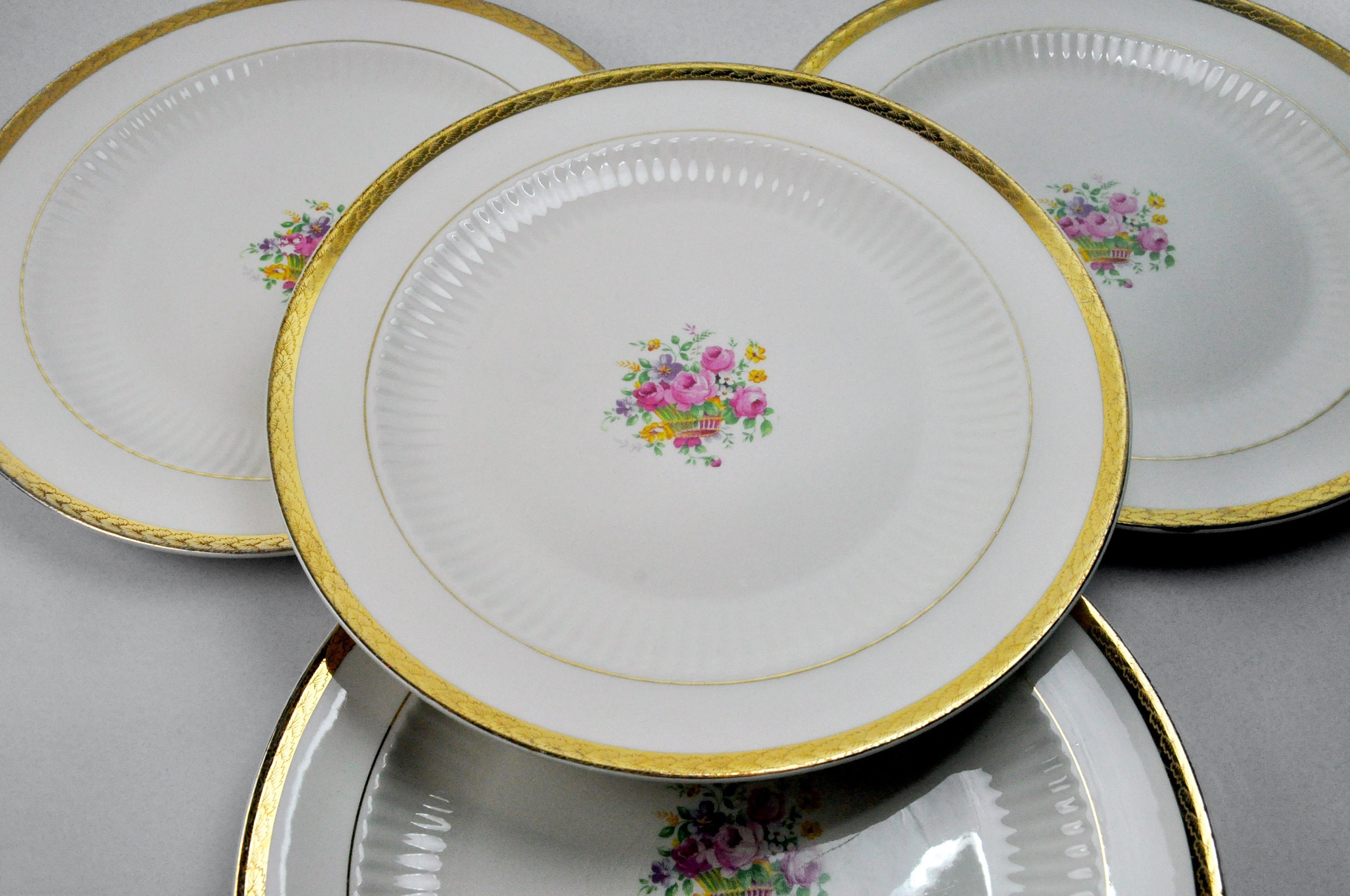 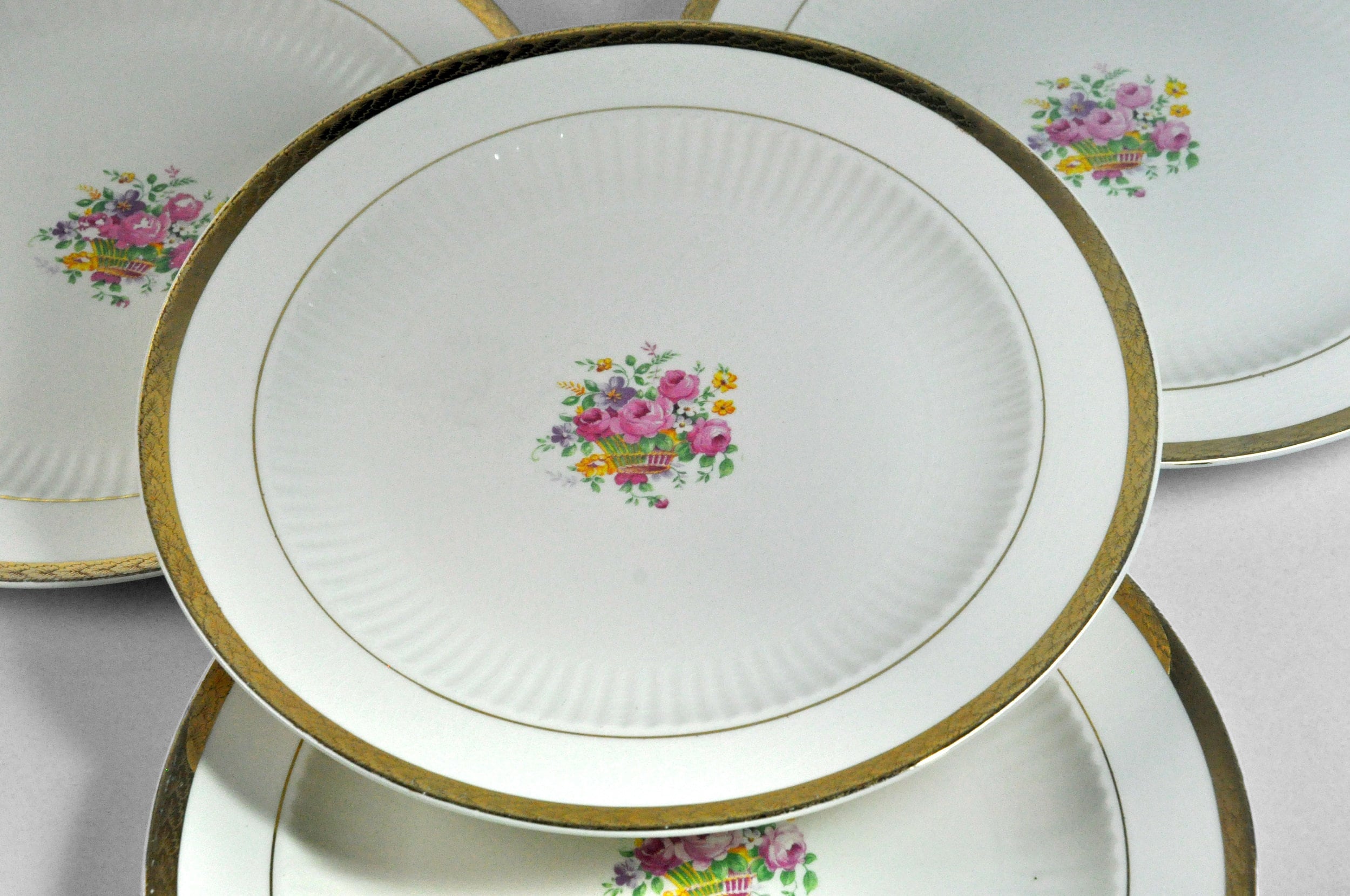 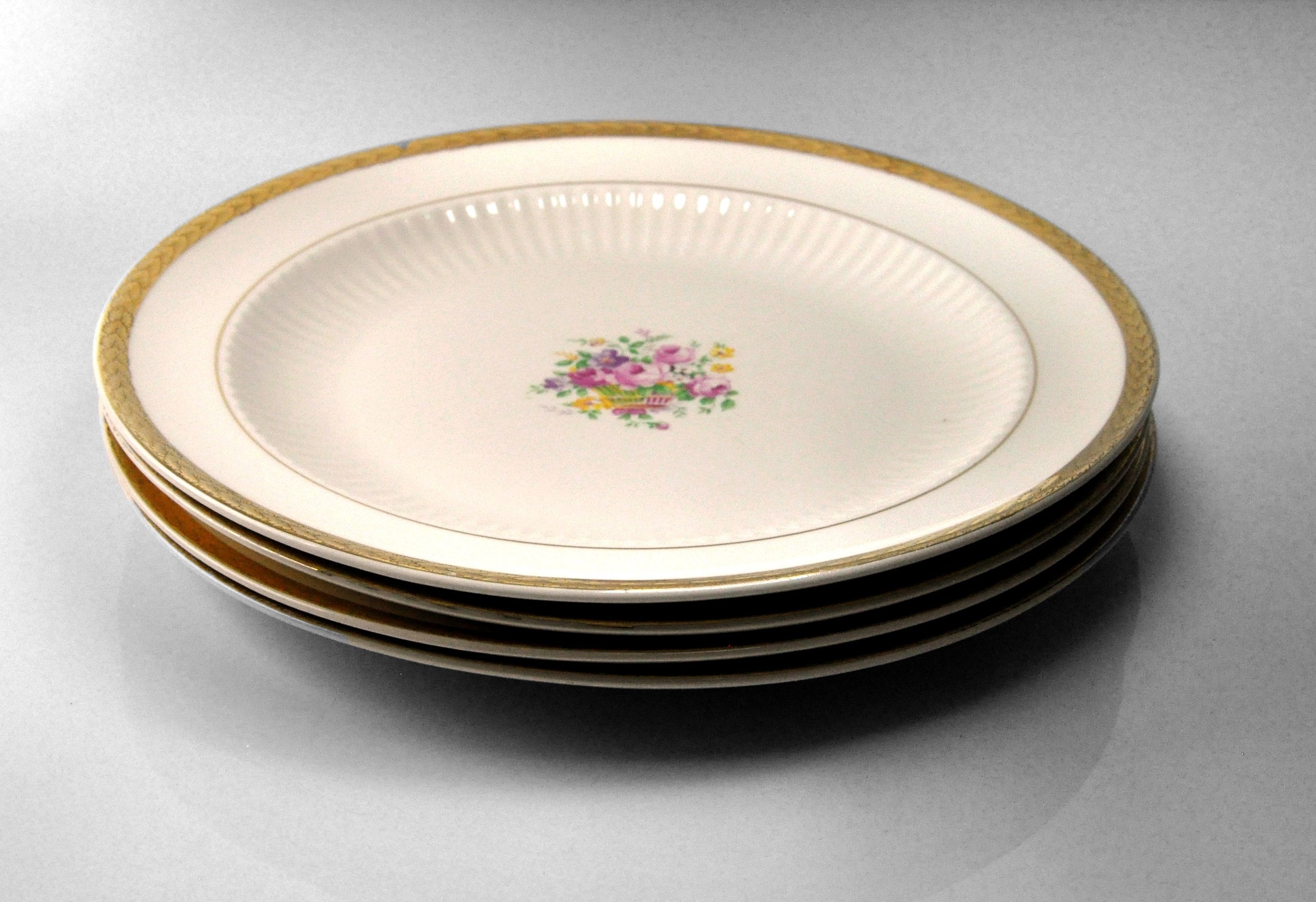 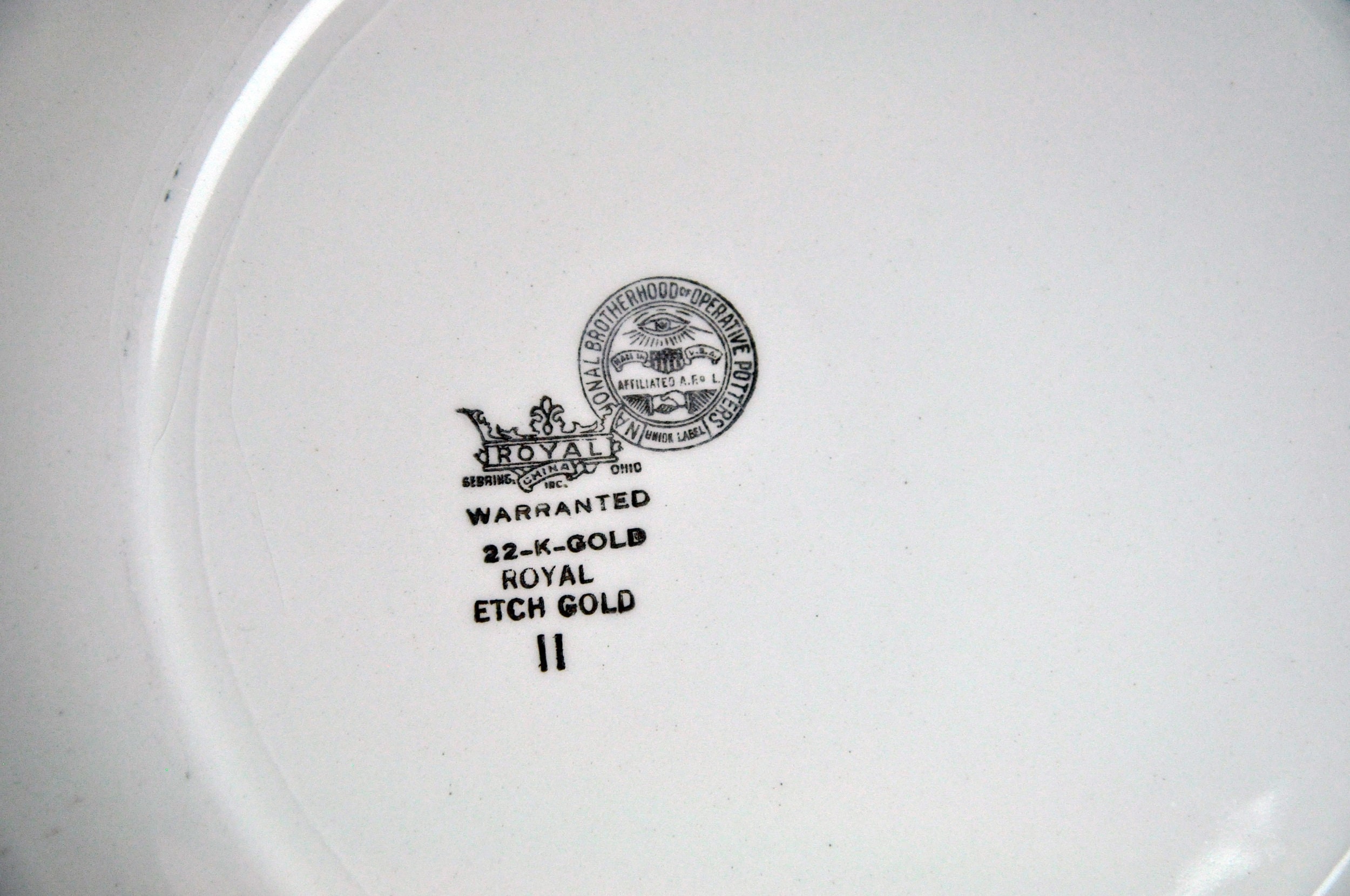 A beautiful set of four luncheon plates by Royal USA. Its pattern consists of a floral center, ribbed verge with gold trim, and an etched leaf-patterned gold trim on its edge. They would look lovely on any dining room table, buffet table, or sideboard. An elegant set with grace from a bygone age.

Royal China Company (1934 - 1986) began operations in the old E. H. Sebring China company building on June 1, 1934.
Royal China was sold to Jeannette Glass Corporation in late 1969. Jeannette operated the company in the original building until a fire destroyed the building in February 1970. After the fire, operations were continued in the French Saxon China Company building which Royal had purchased in 1964. Coca Cola bottling Company of New York purchased this company in 1976 and operated the company until 1981 at which time the Jeanette Corporation was sold to a group of private investors from Boston, MA called the "J" Corporation. This group ran the company until 1984. Royal was sold the last time to Nordic Capital Corporation of New York City in 1984.

These plates are in very good condition. There are no chips or cracks. They do have crazing and have minor utensil marks from years of being loved and used. The gold trim has some rubbing but it is bright and shiny.