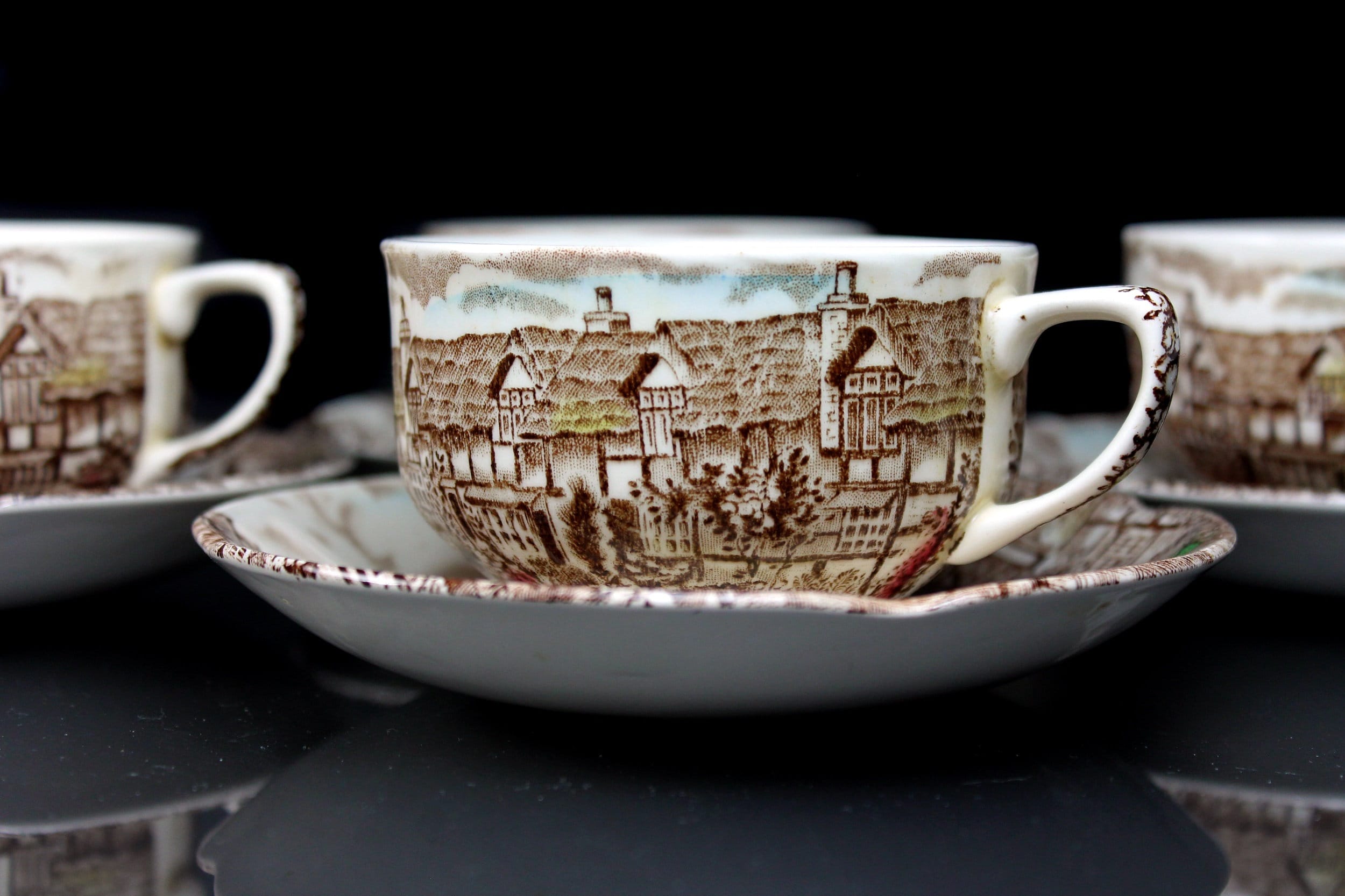 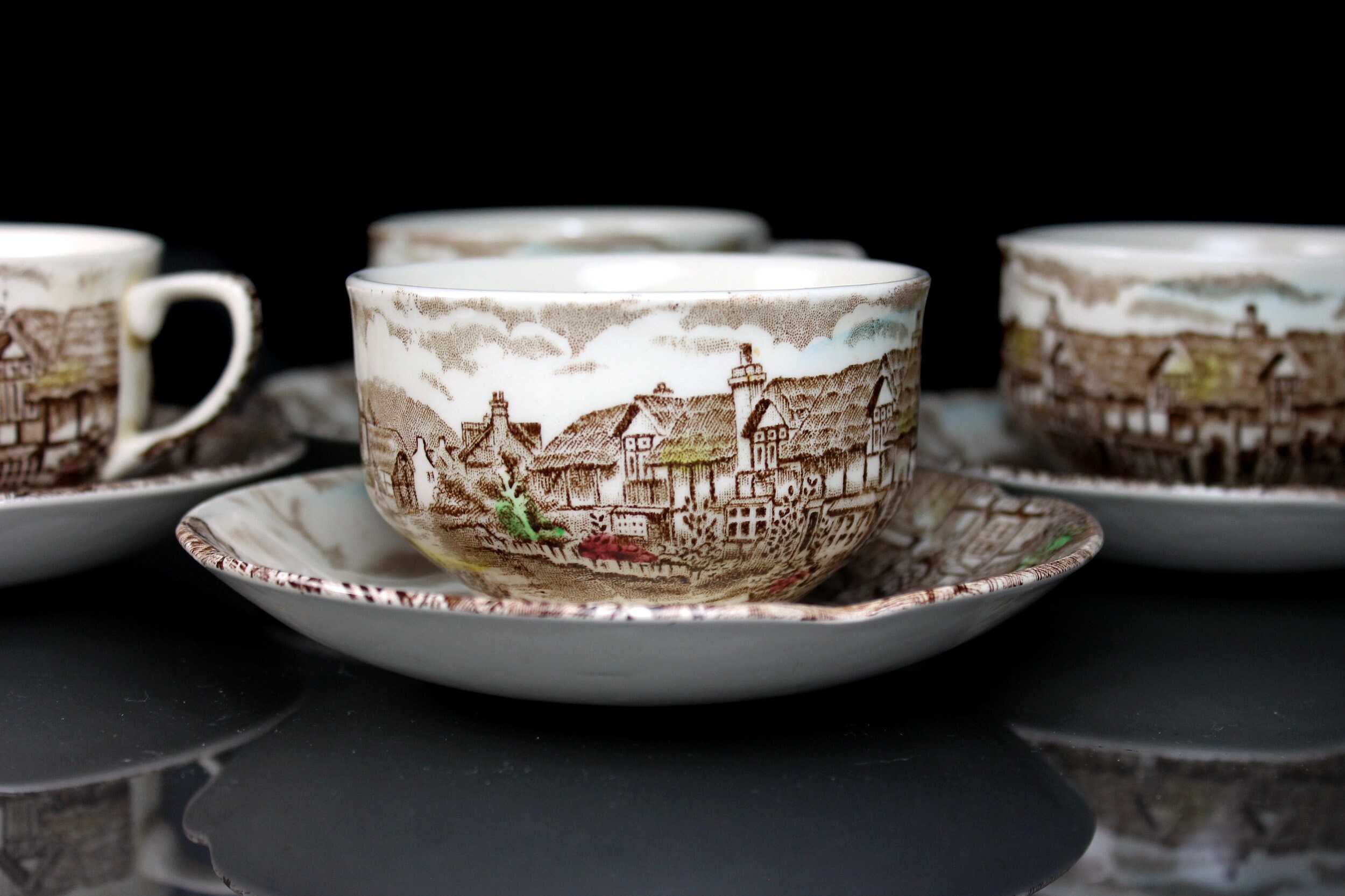 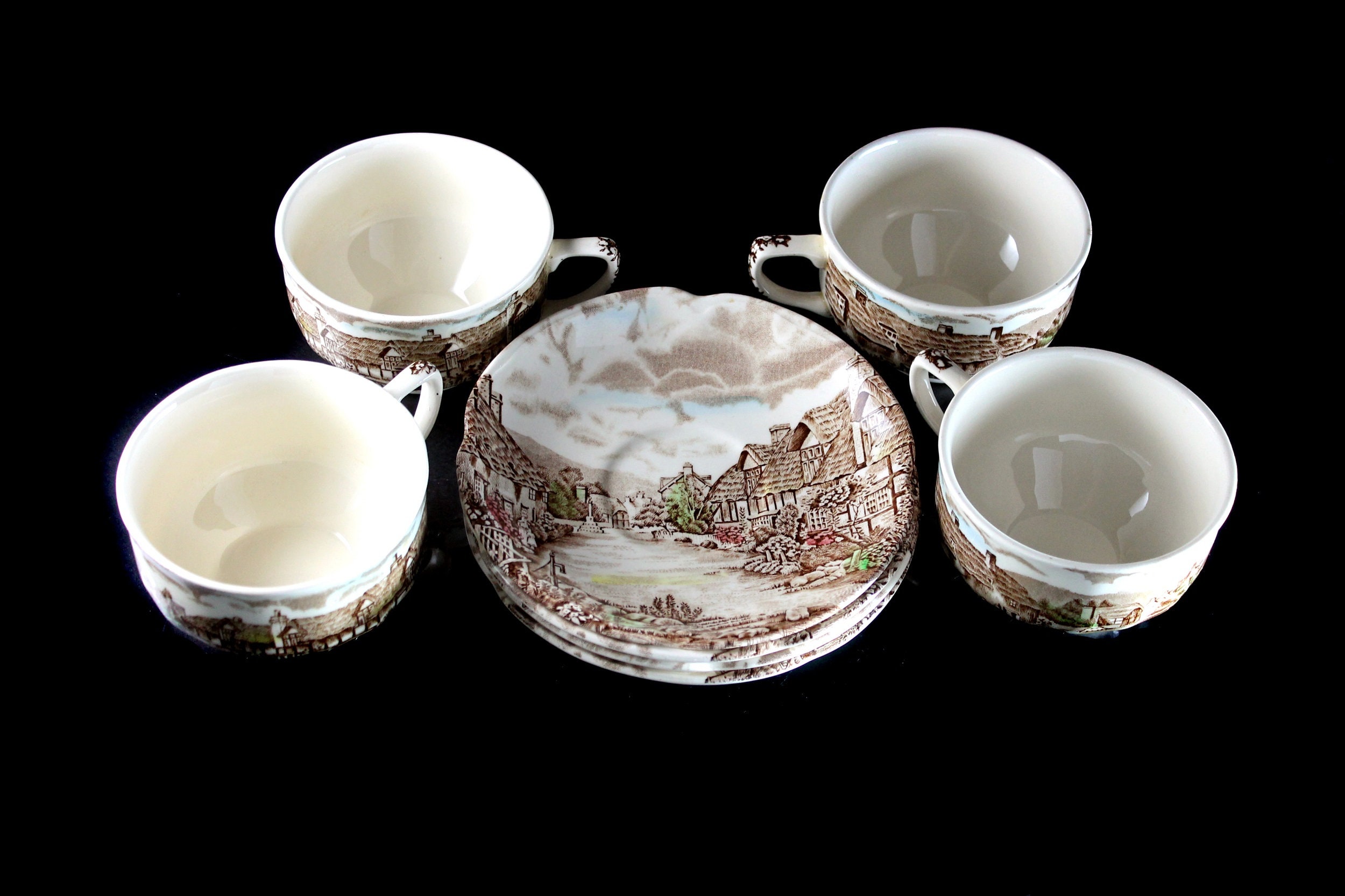 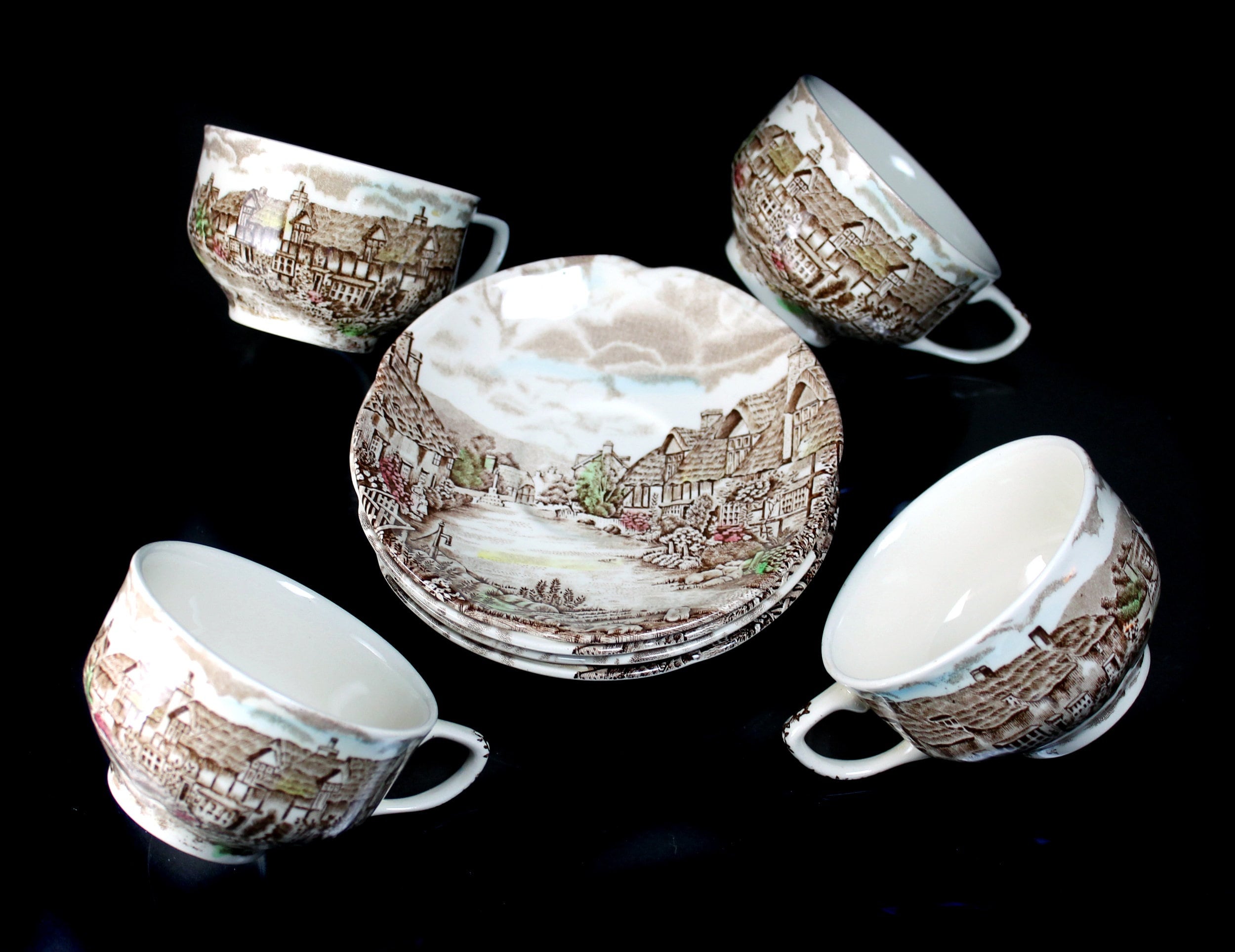 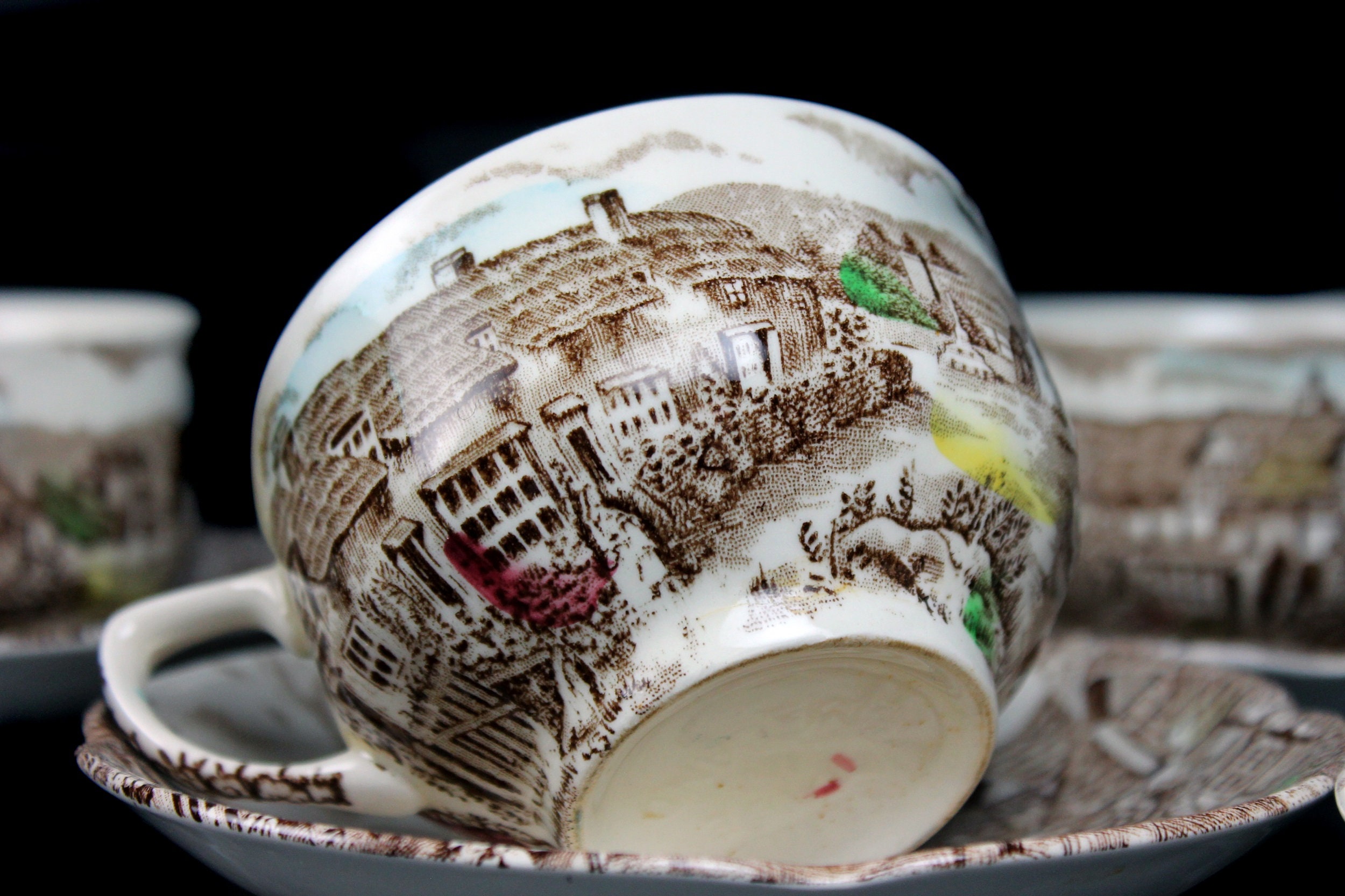 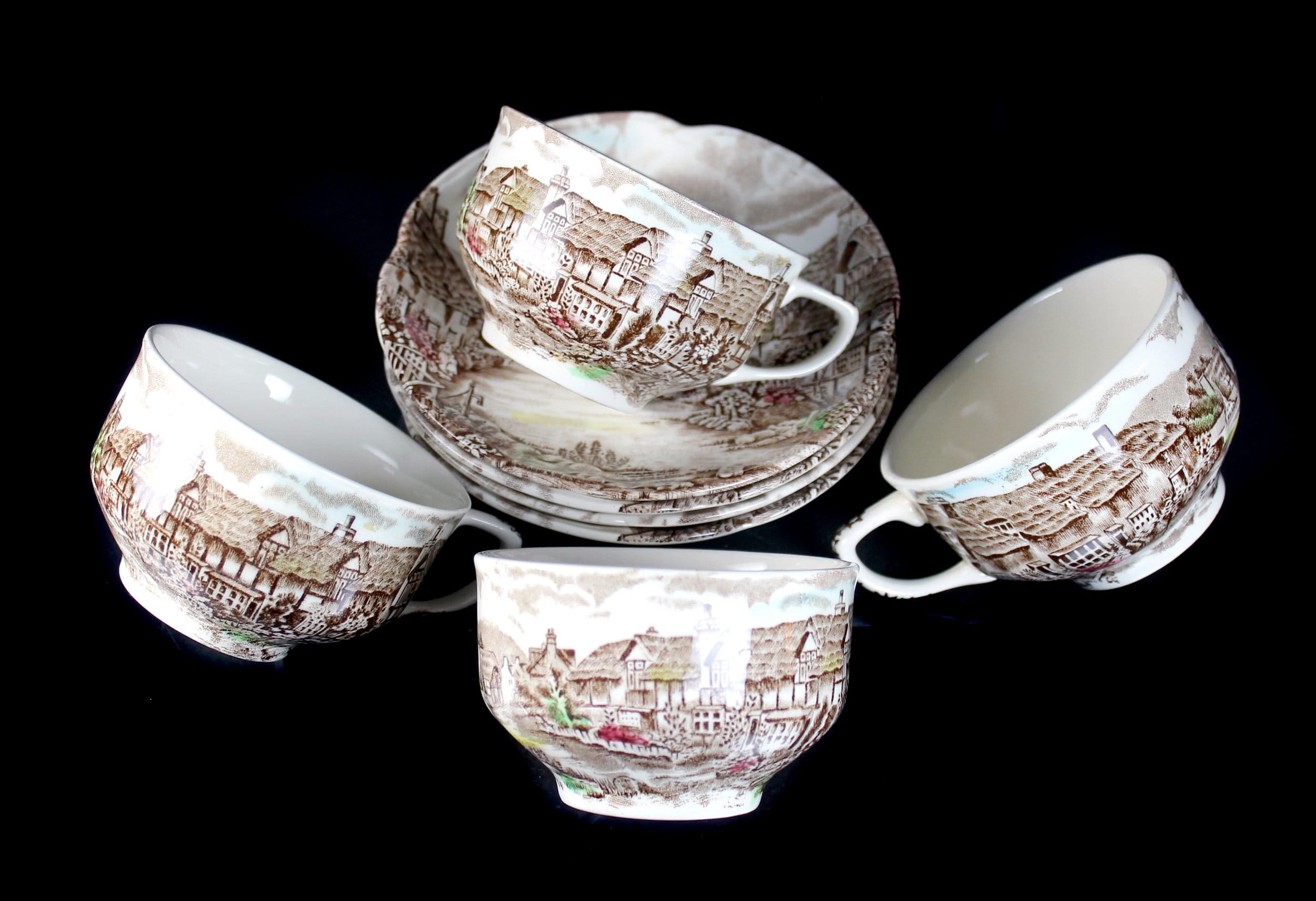 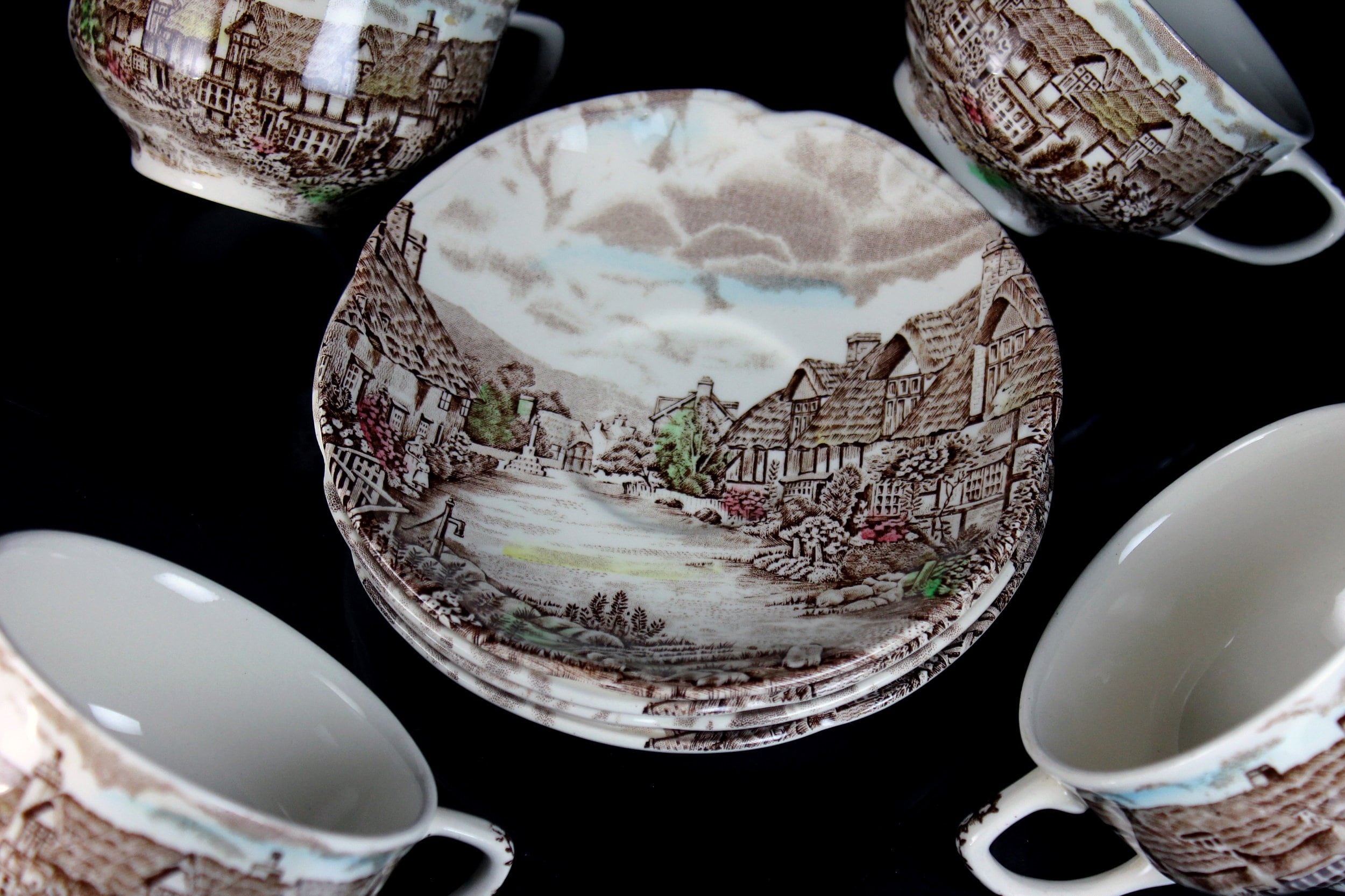 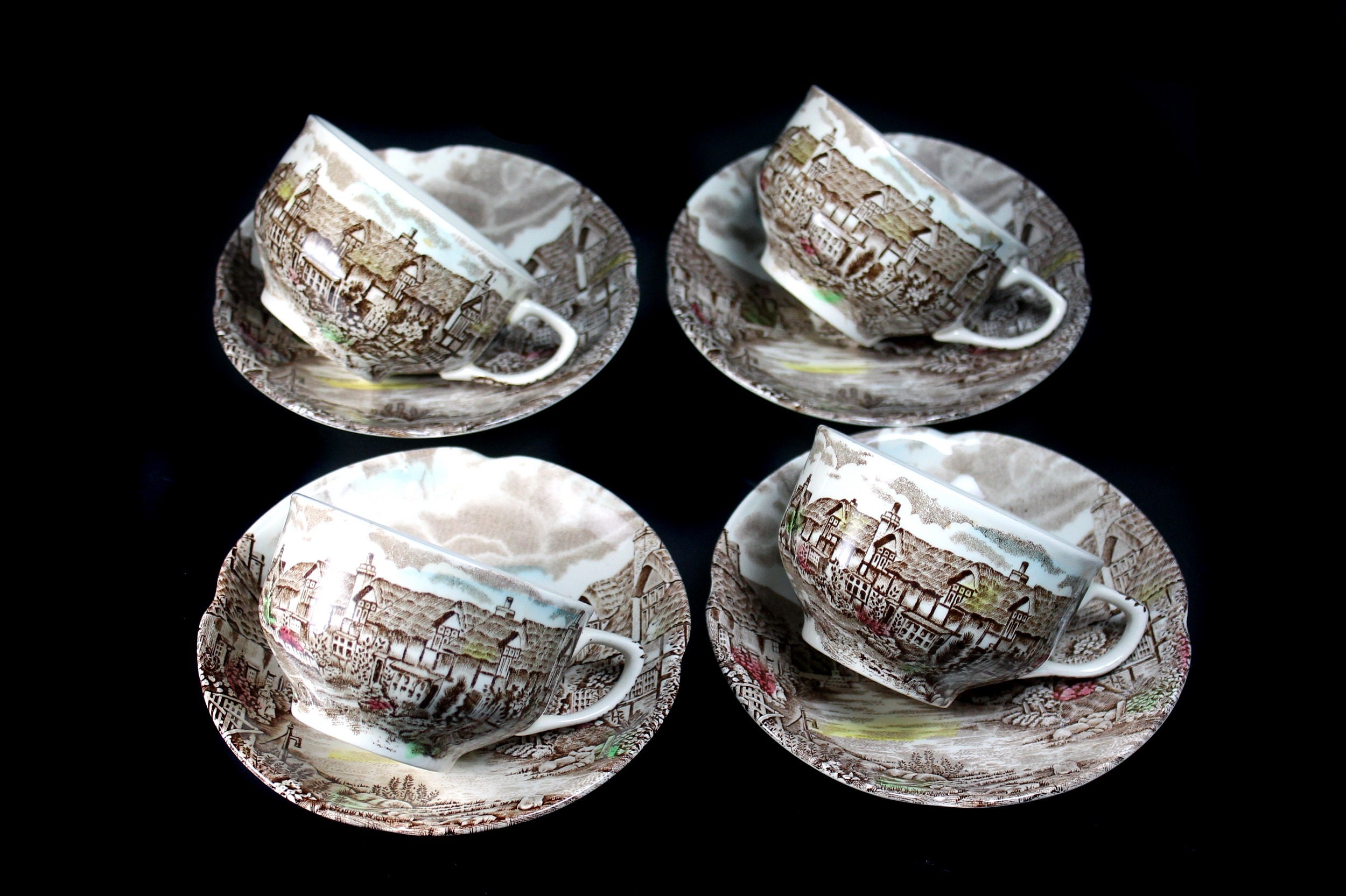 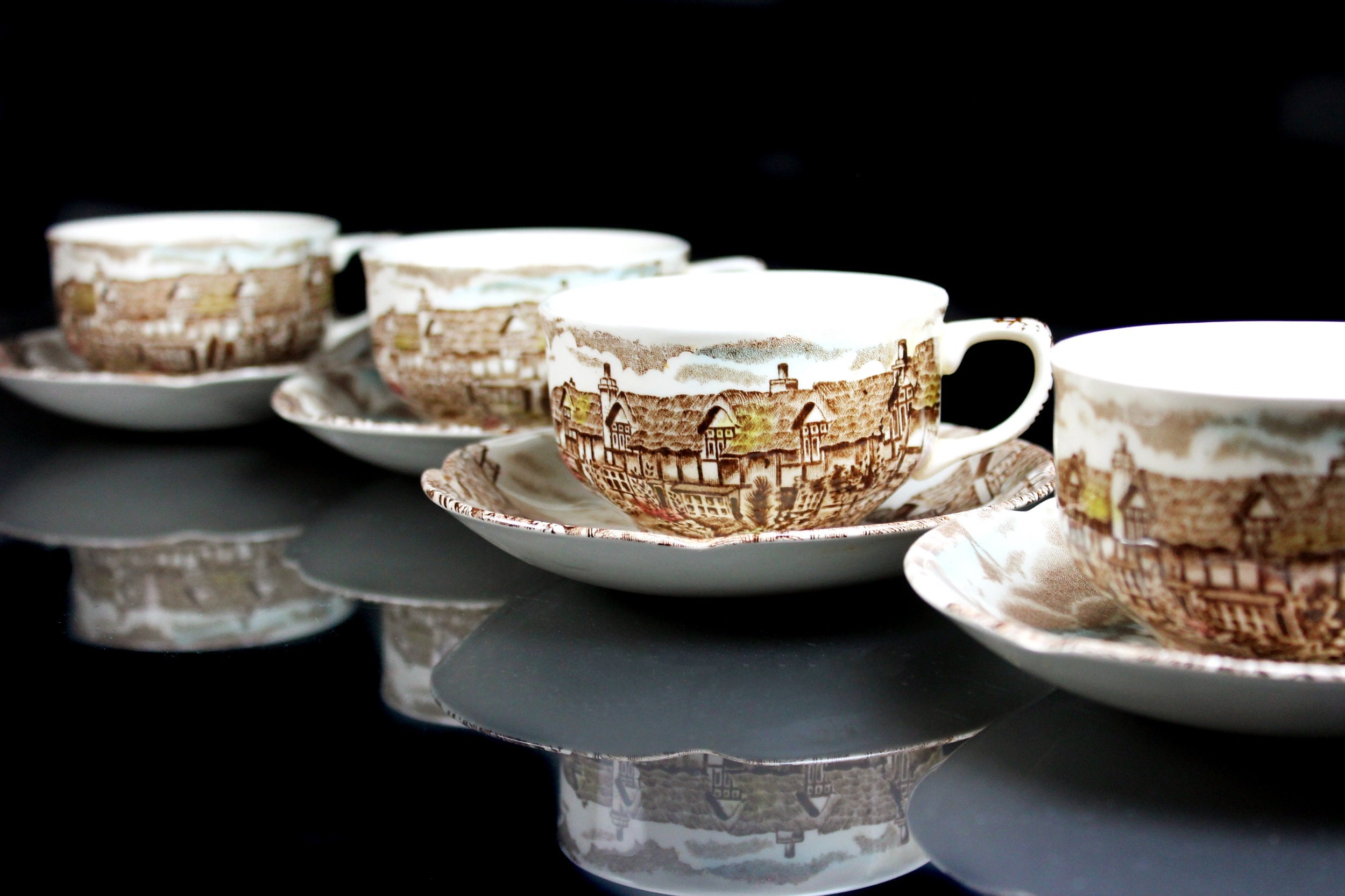 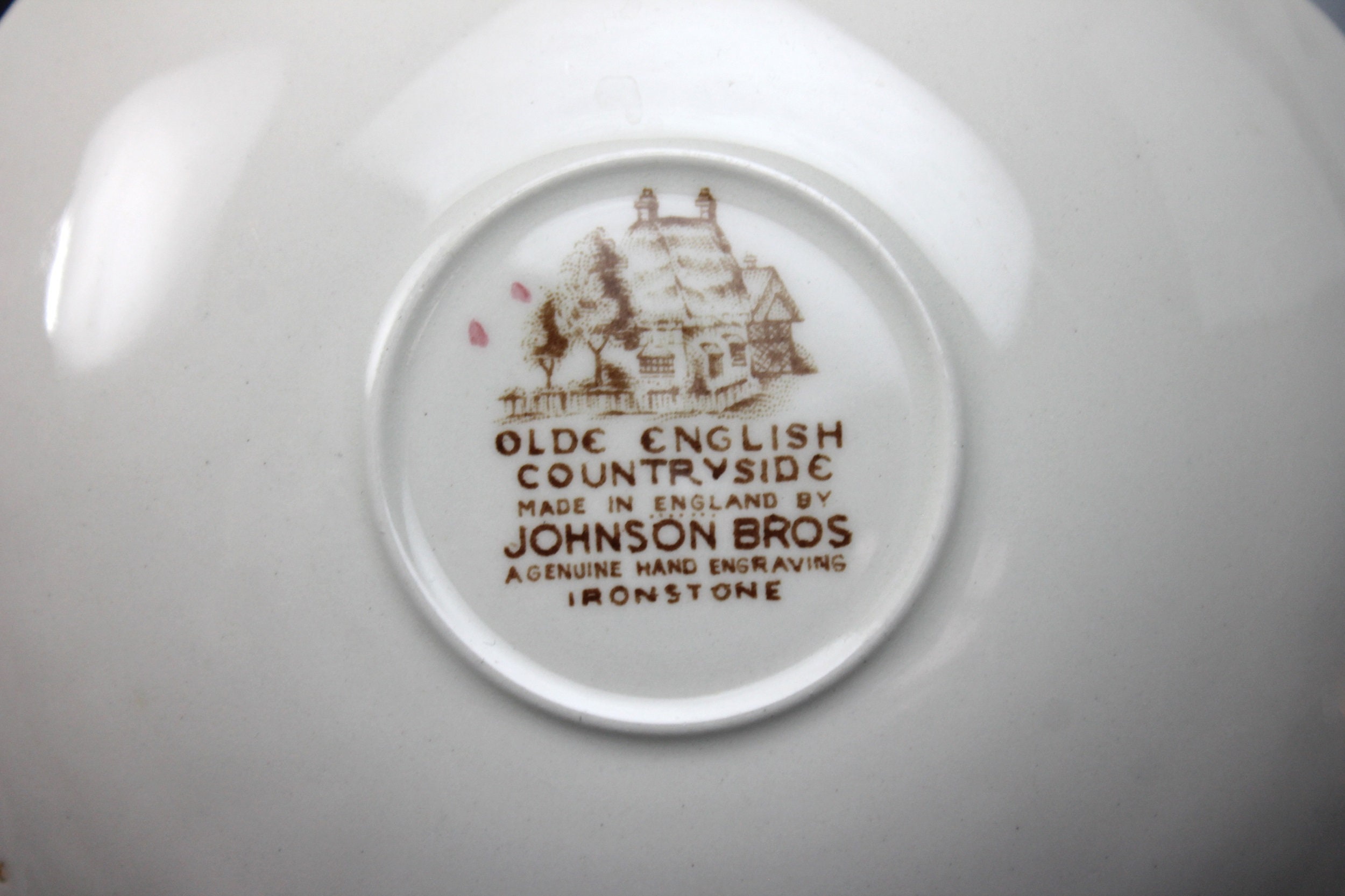 A beautiful set of 4 cups and saucers by Johnson Bros. in the Olde English Countryside pattern. The pattern consists of country scenes with a touch of blue, green, red, and yellow added. These would look lovely on a table, sideboard, or buffet. Perfect for serving tea or coffee on the veranda, porch, or patio.

These cups and saucers are in excellent condition with no chips, cracks, or crazing.

A wonderful gift for a housewarming, hostess, special occasion, or holiday. Fantastic replacement pieces or the start of a new dinner set.