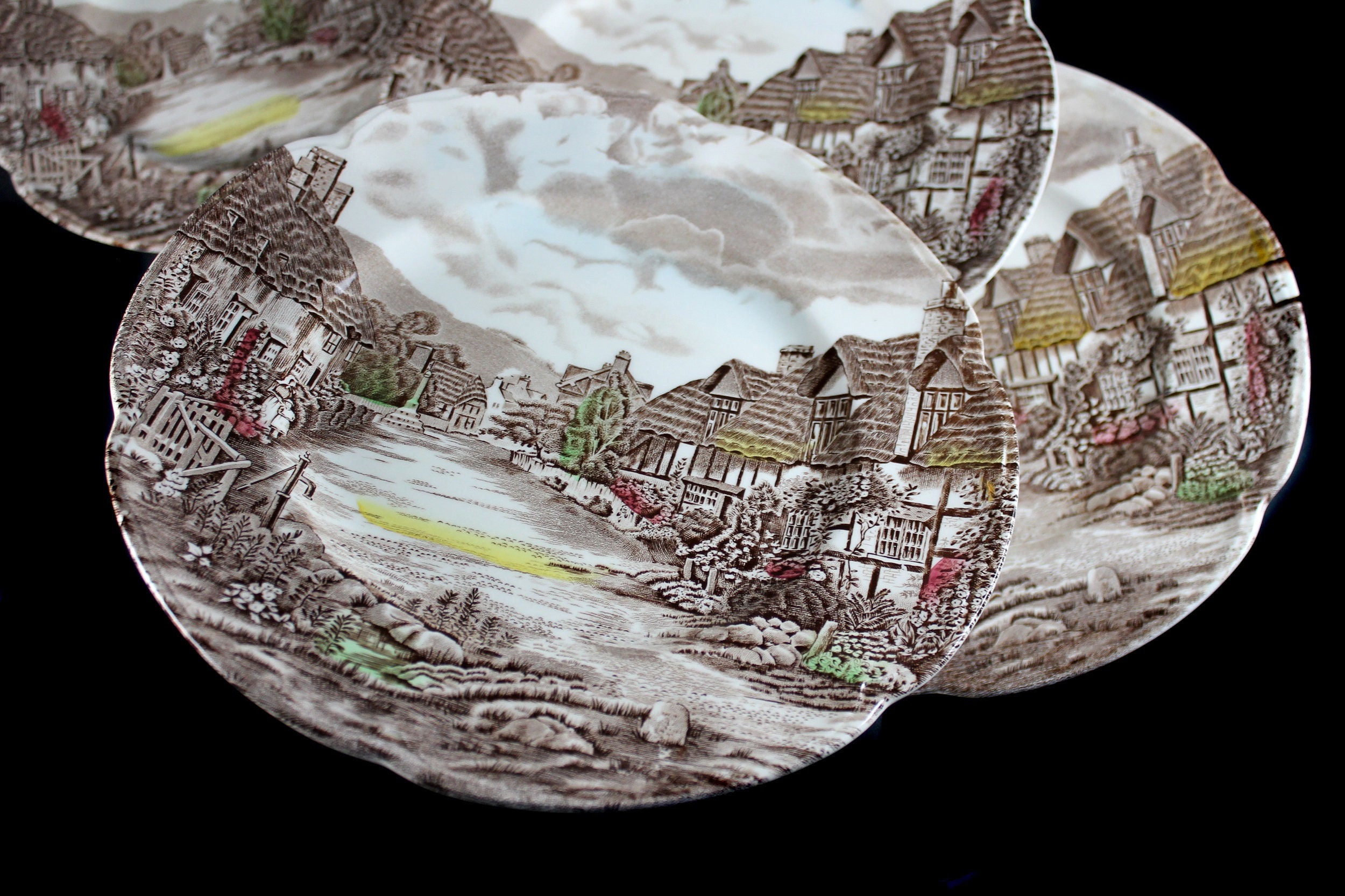 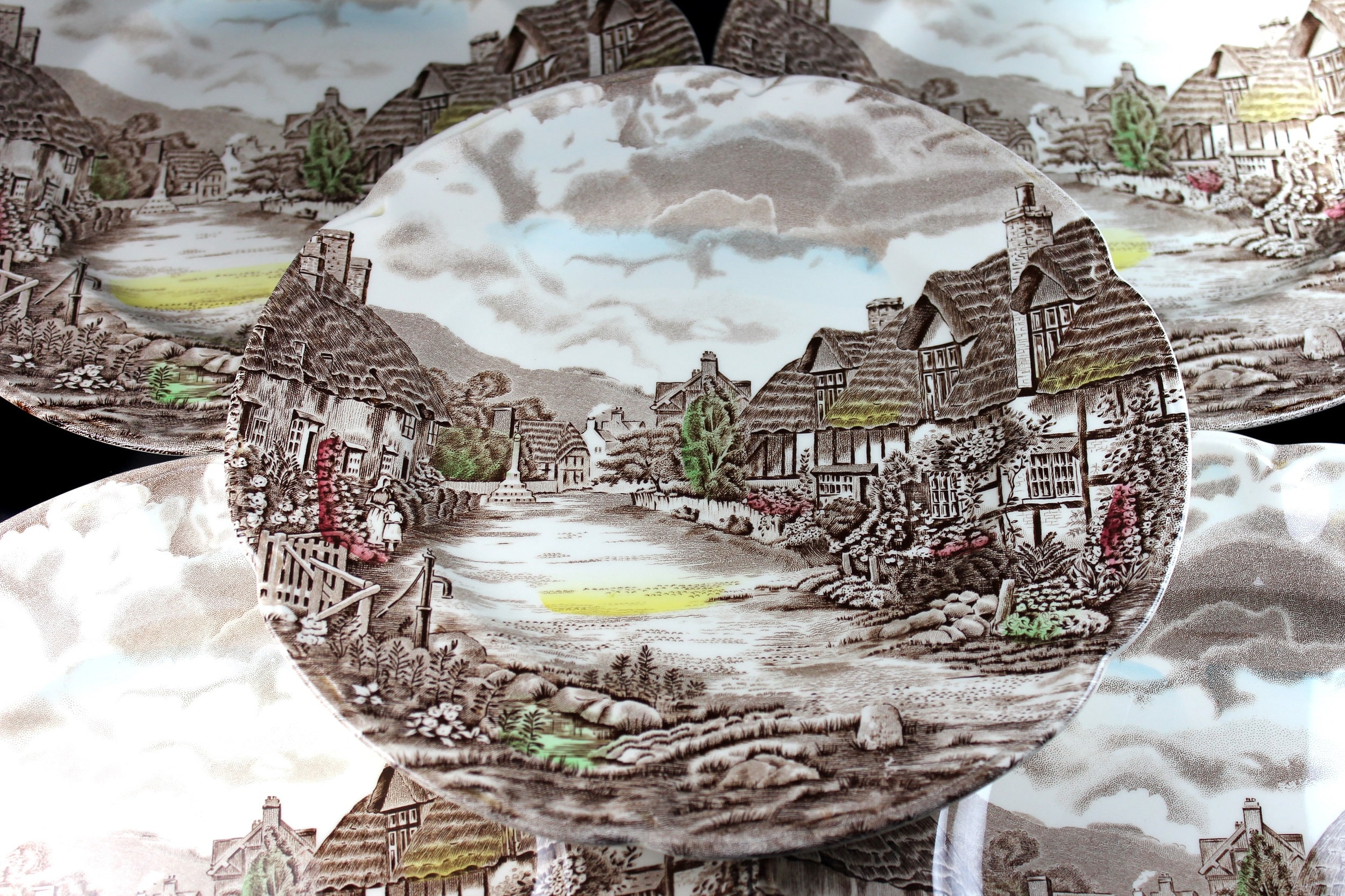 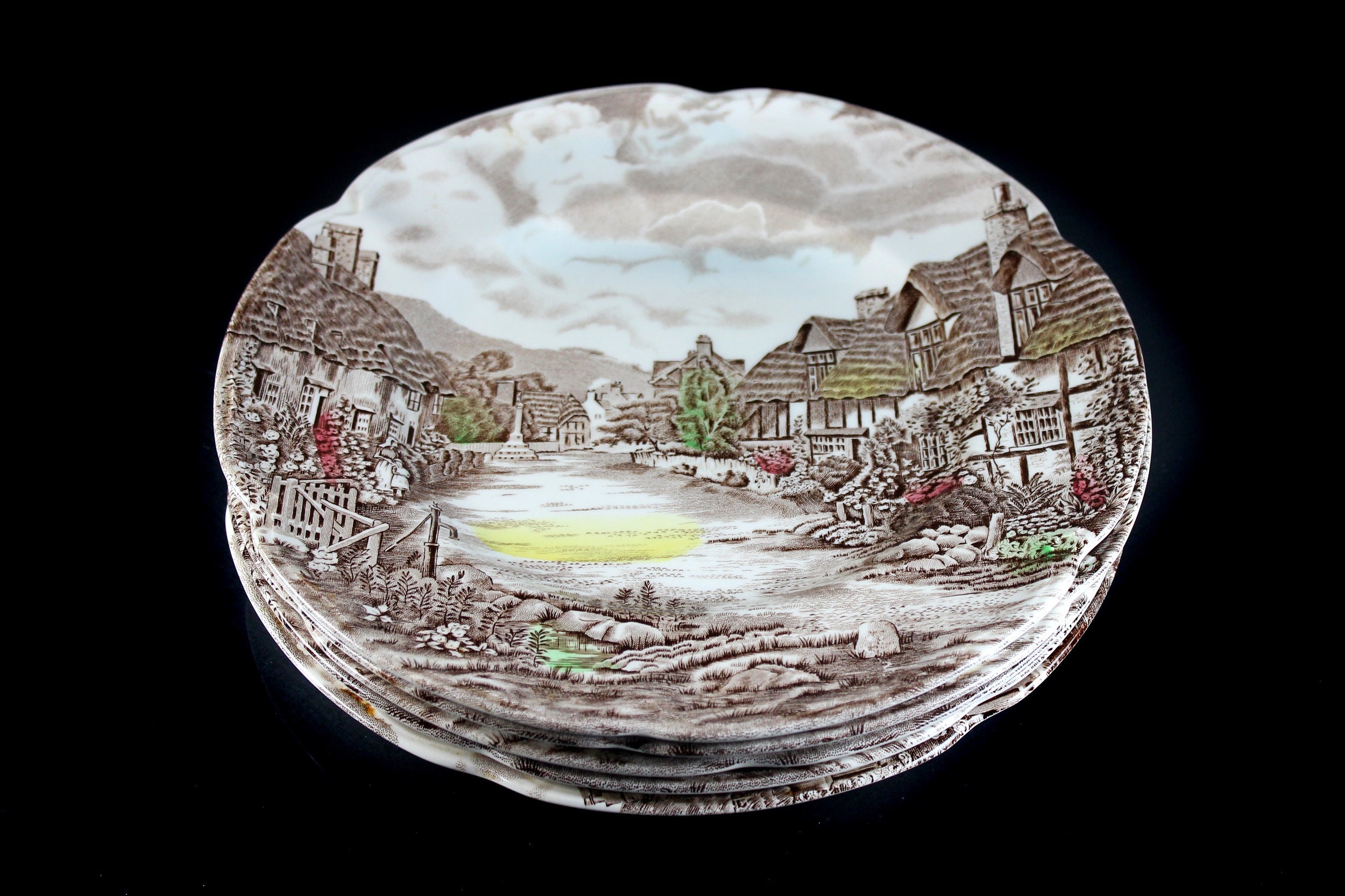 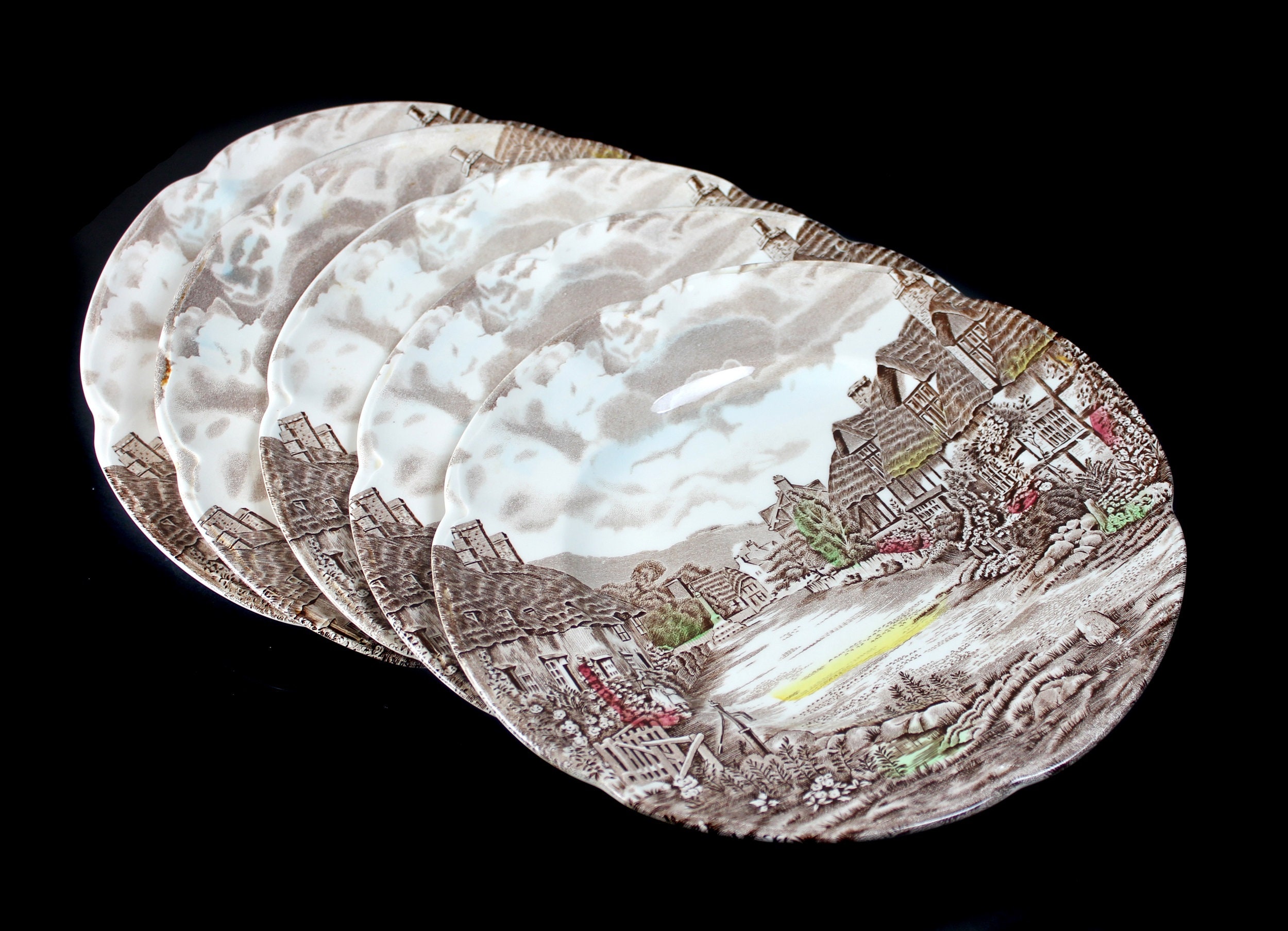 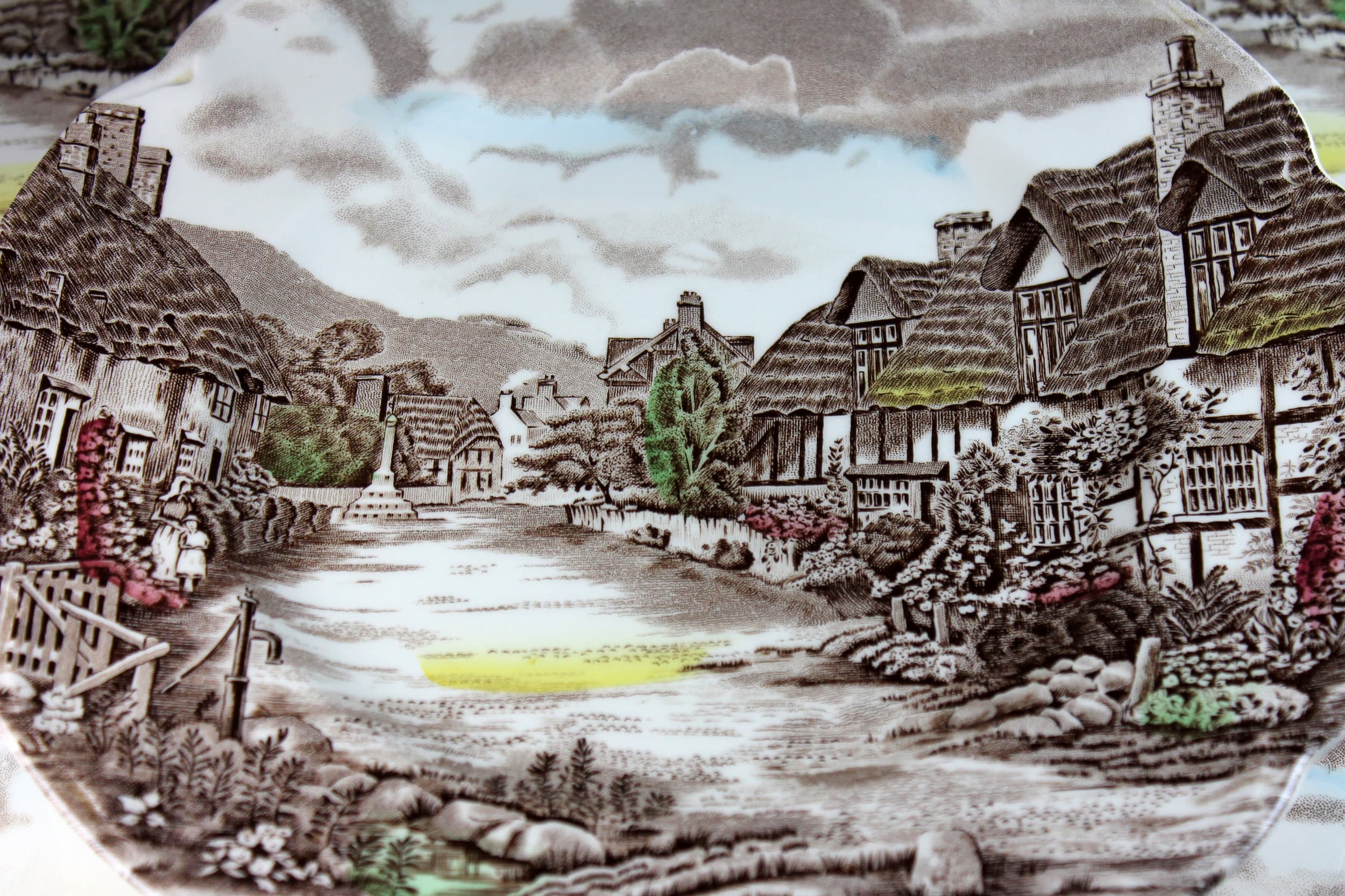 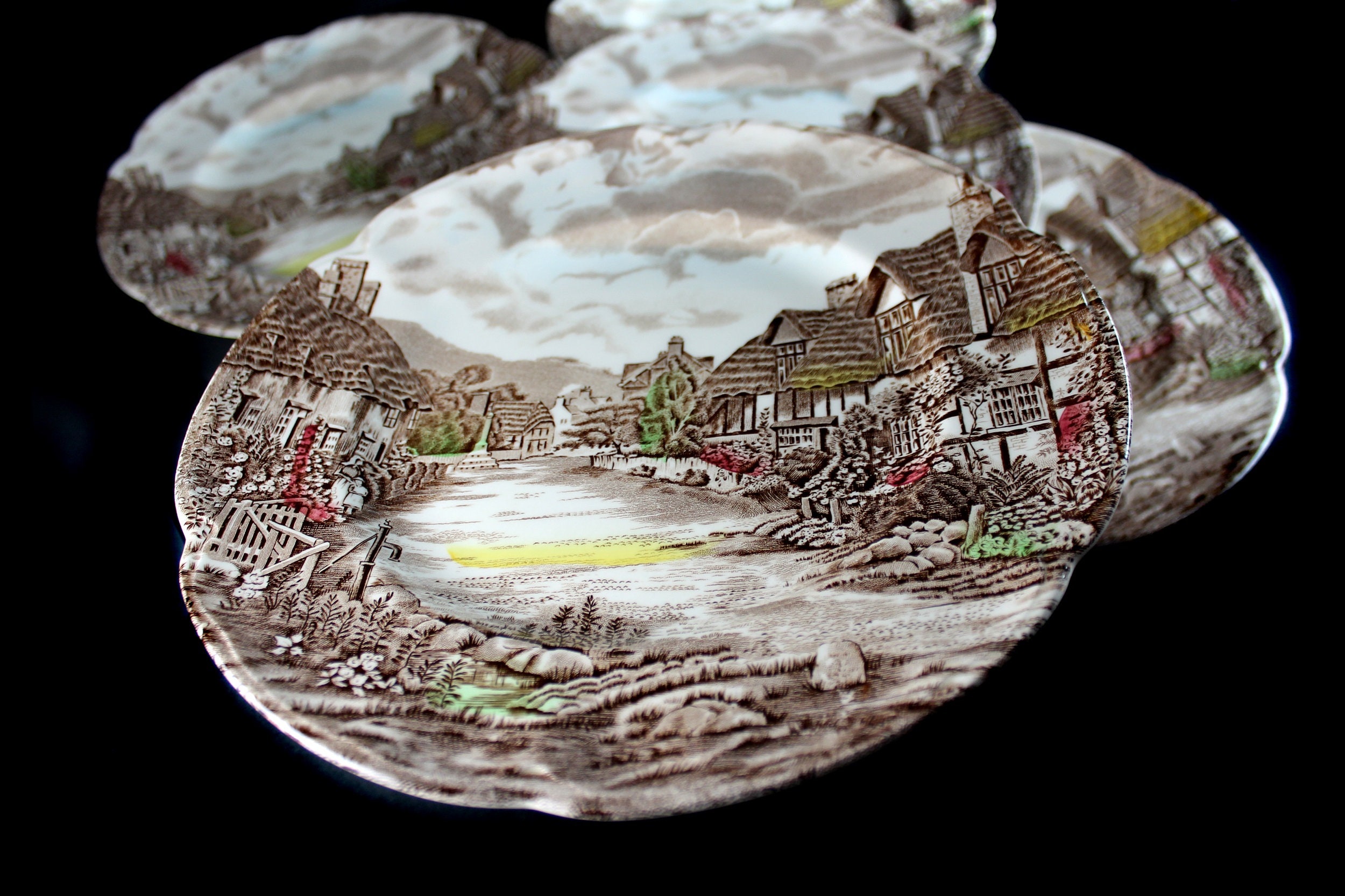 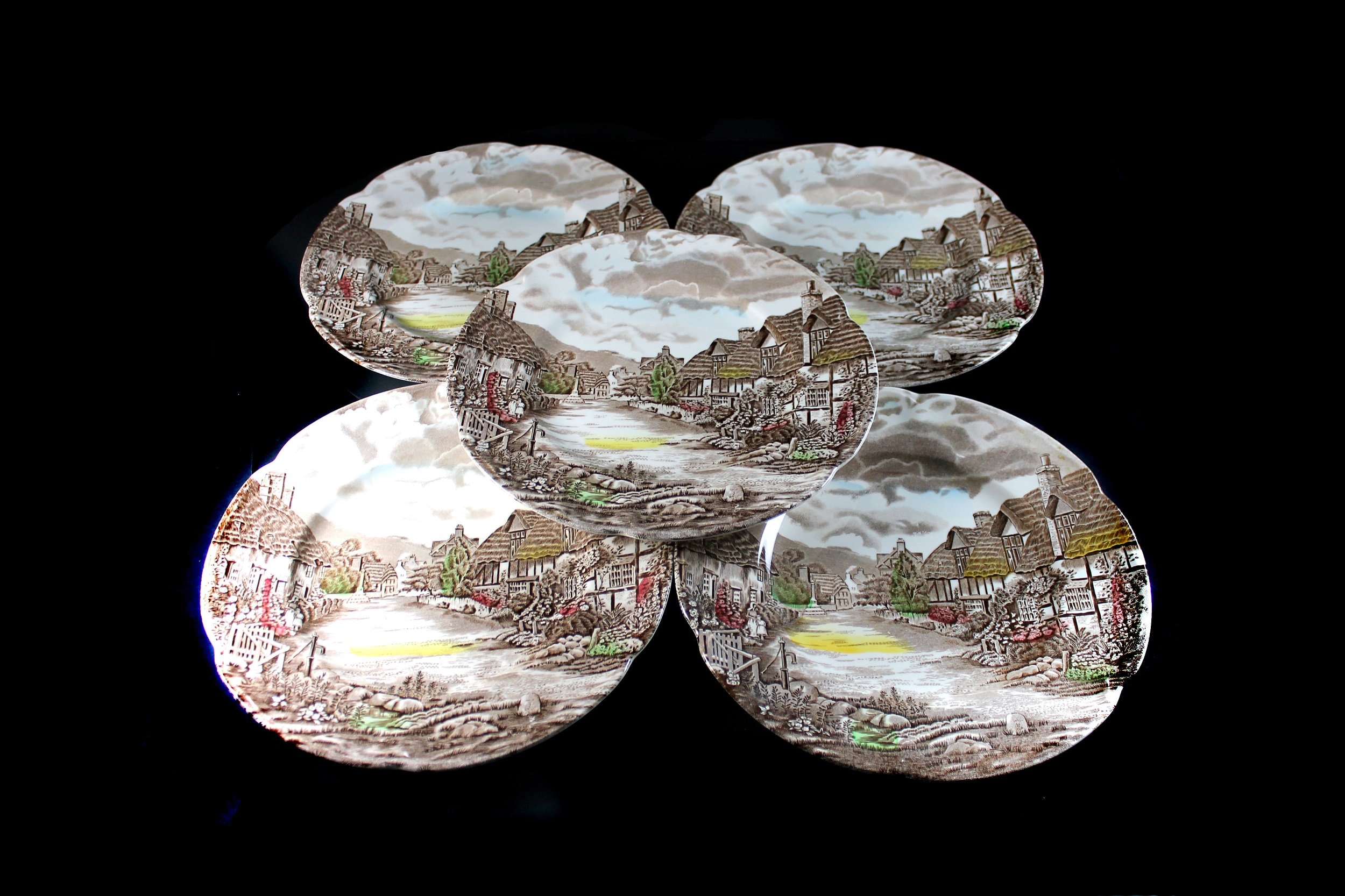 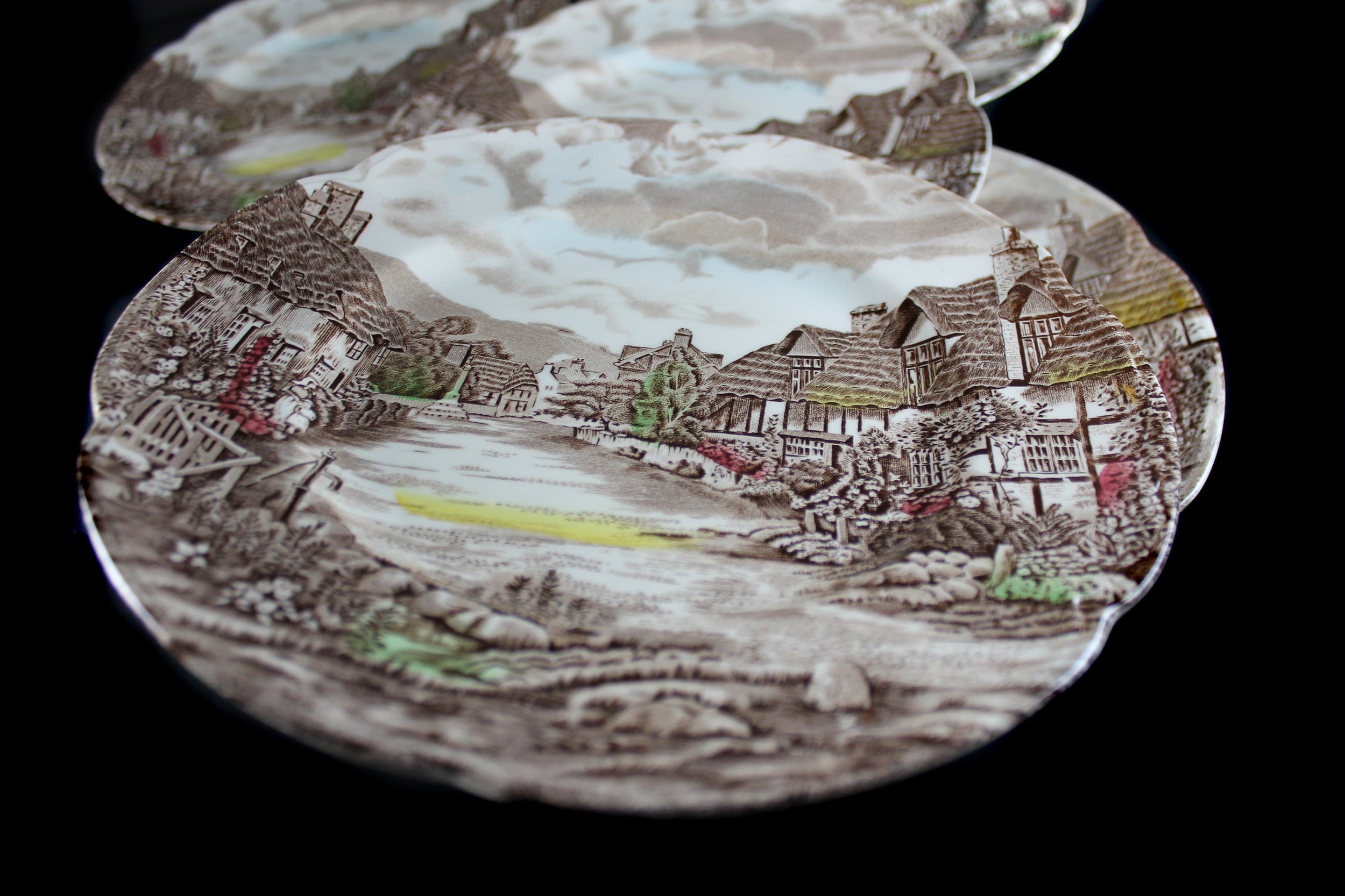 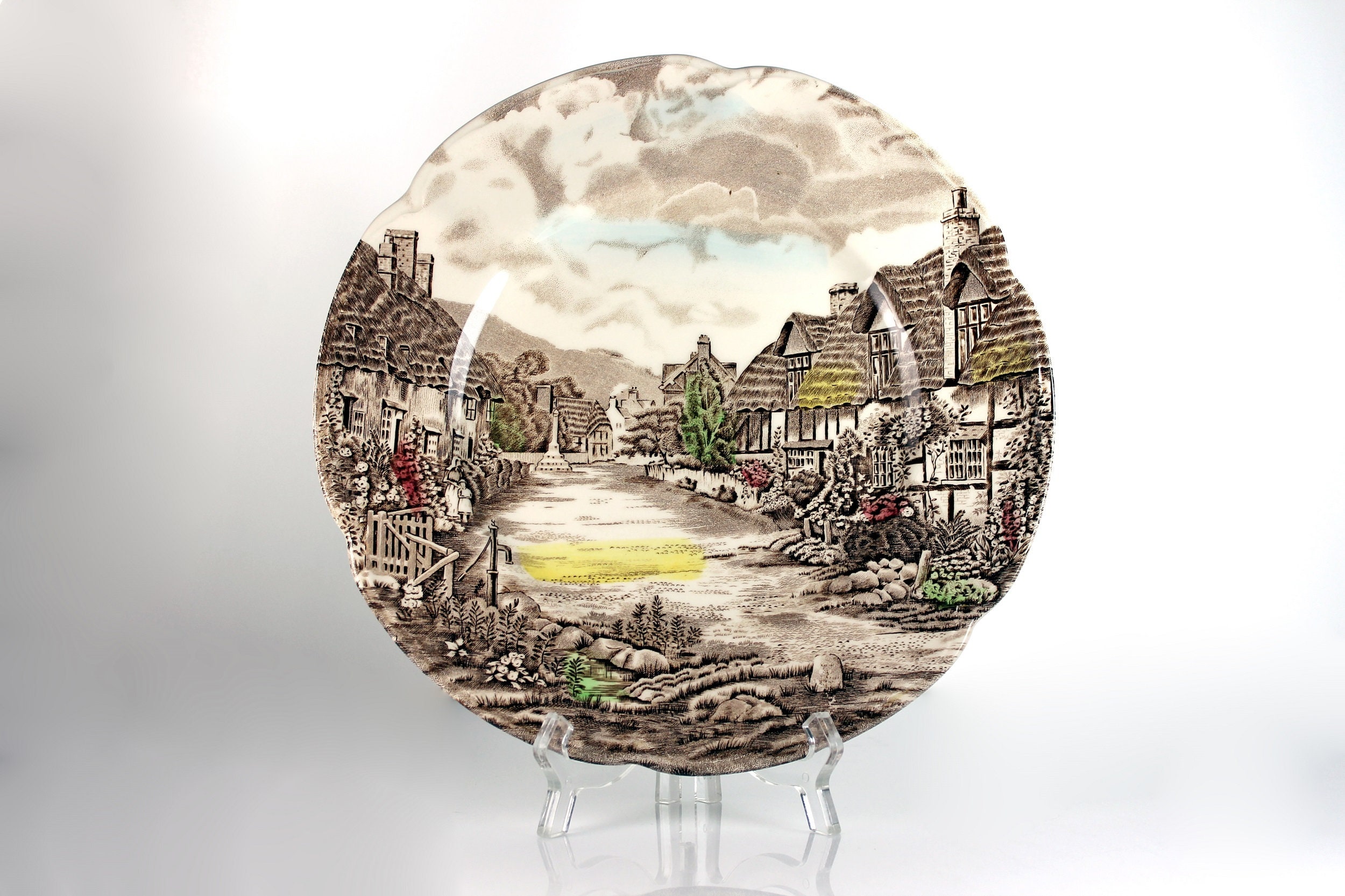 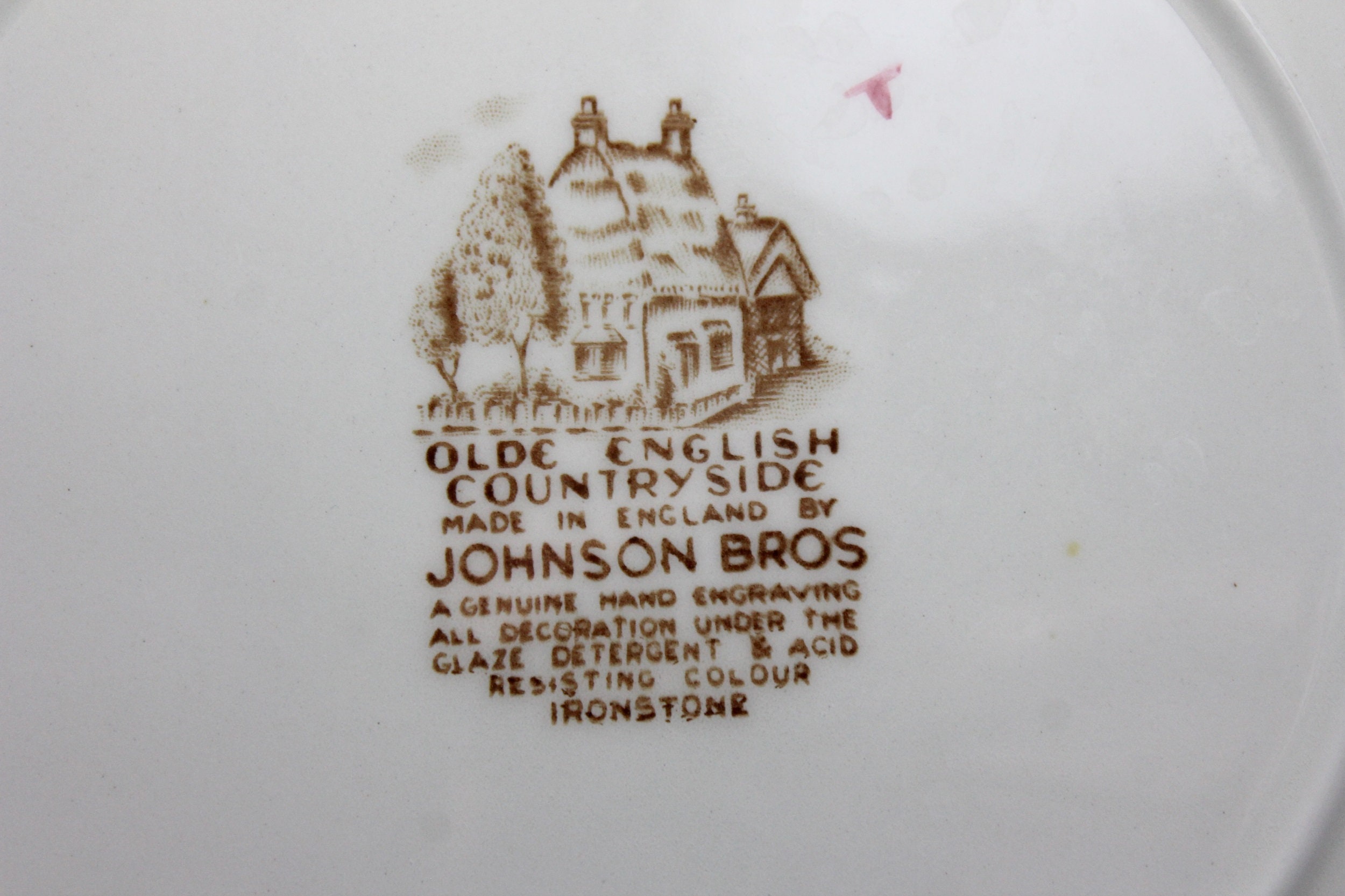 A wonderful set of five bread and butter plates by Johnson Bros. The pattern is called Olde English Countryside and consists of country scenes with a touch of blue, green, red, and yellow added. What a great way to add a touch of the past to your table, buffet, or sideboard.

These plates are in excellent condition. There are no chips, cracks, and crazing.