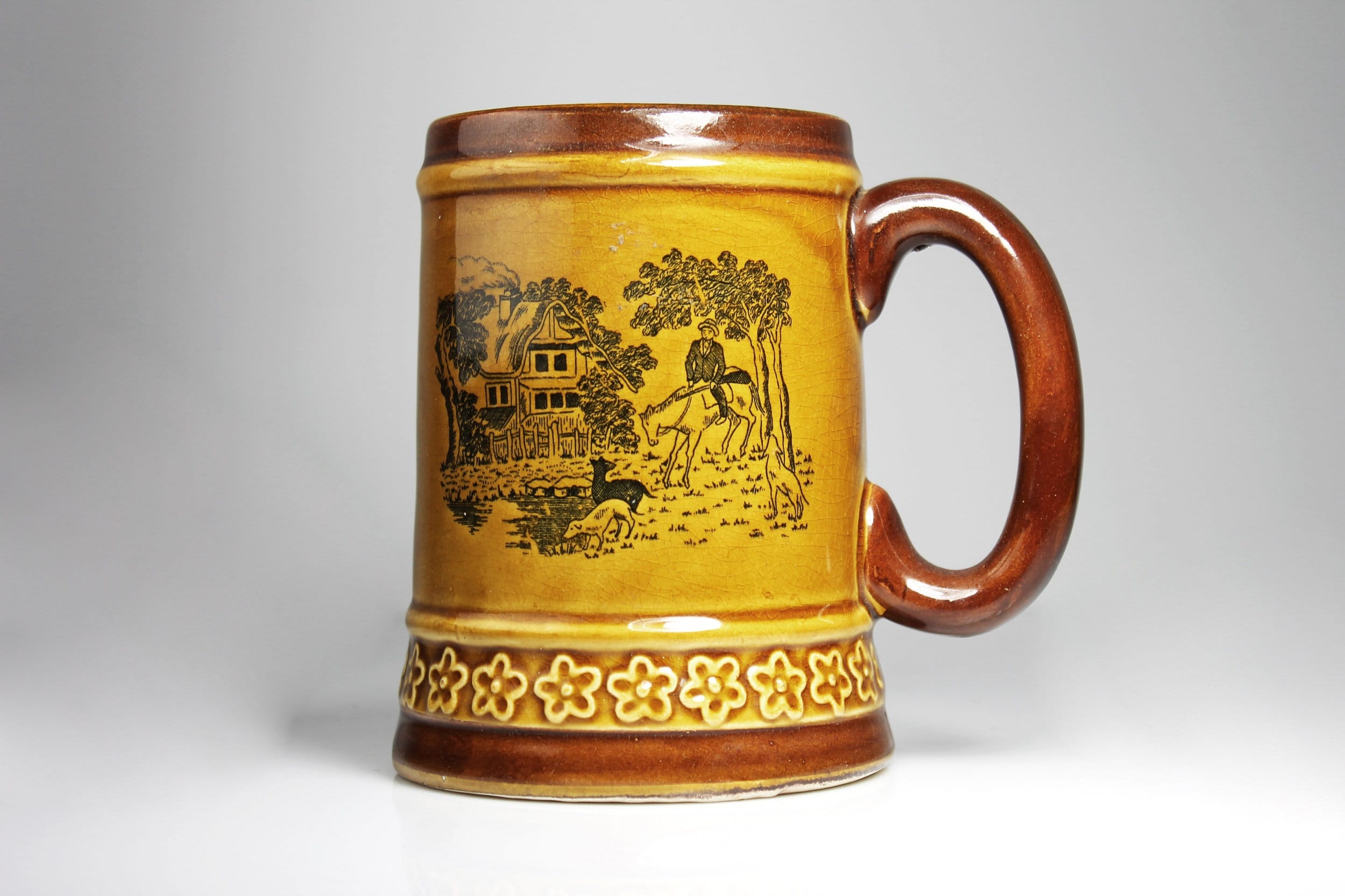 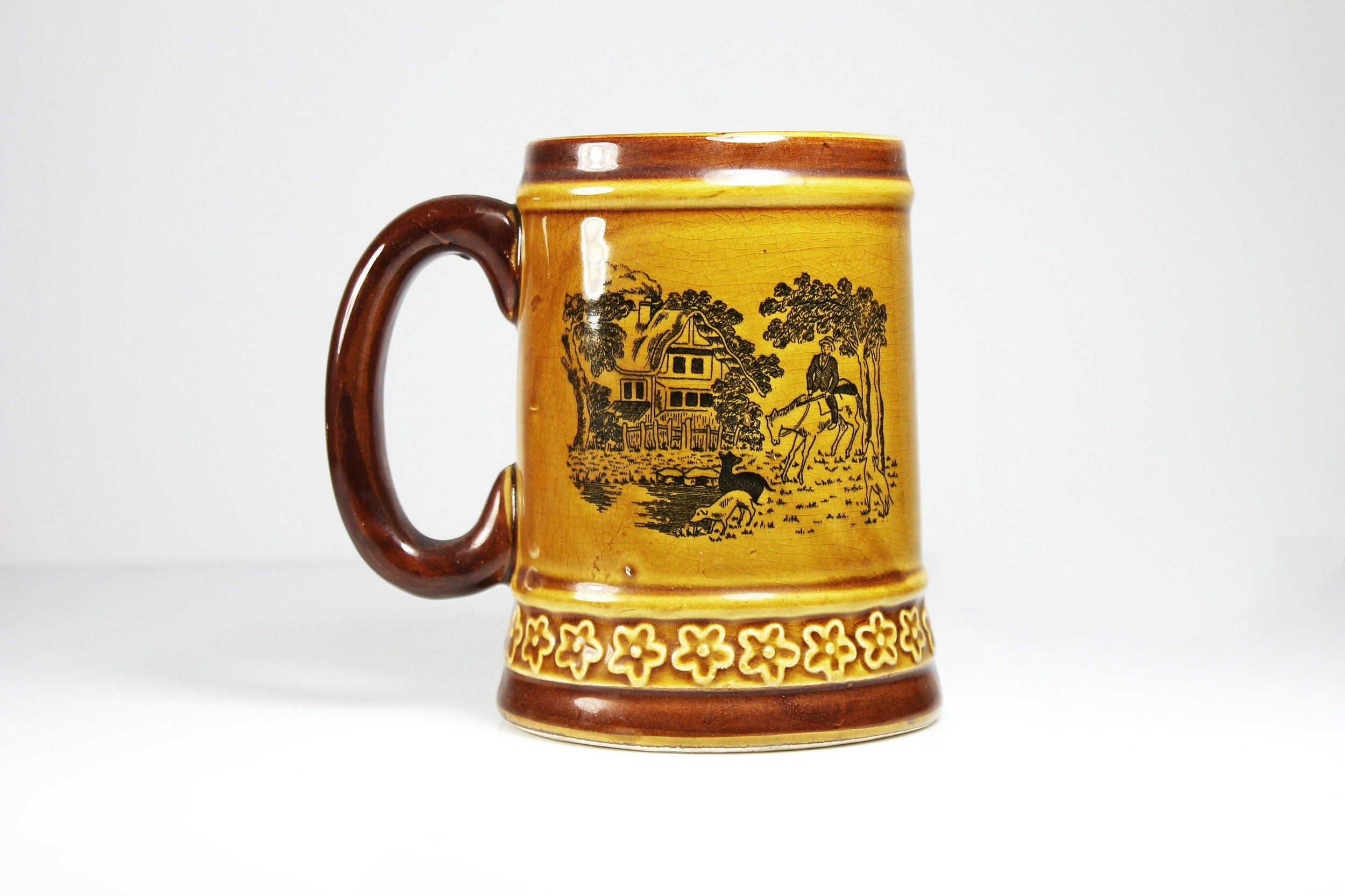 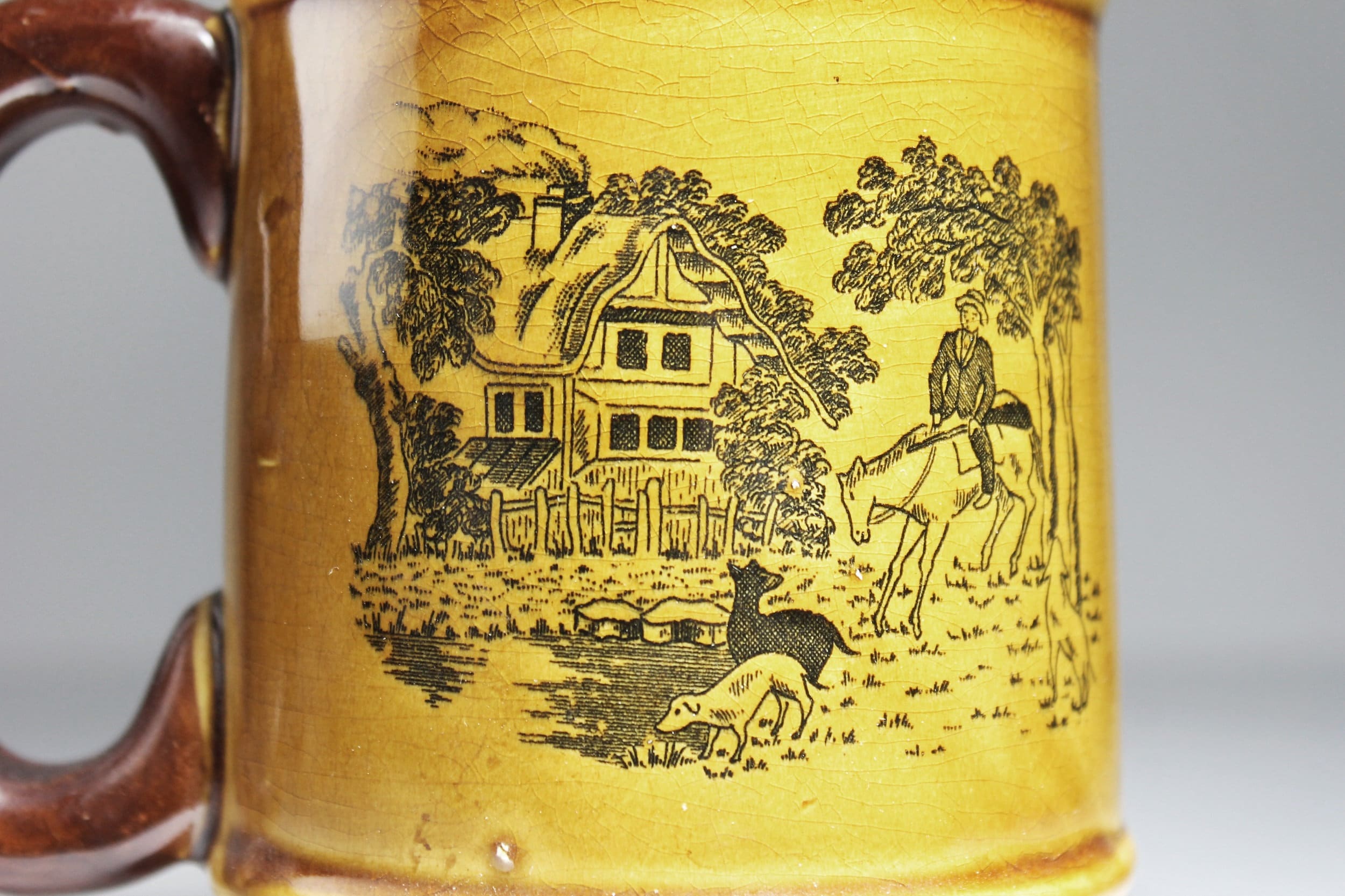 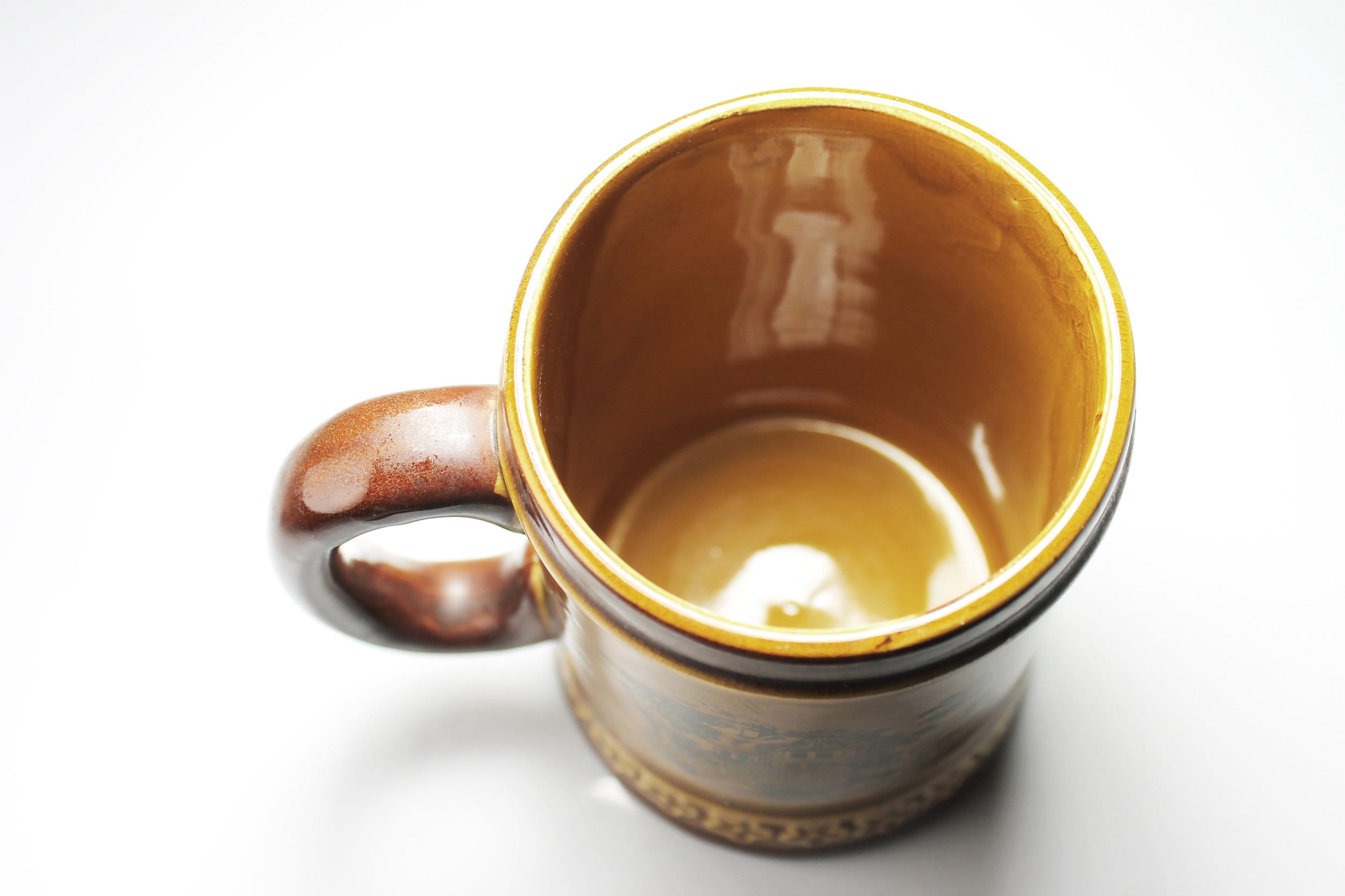 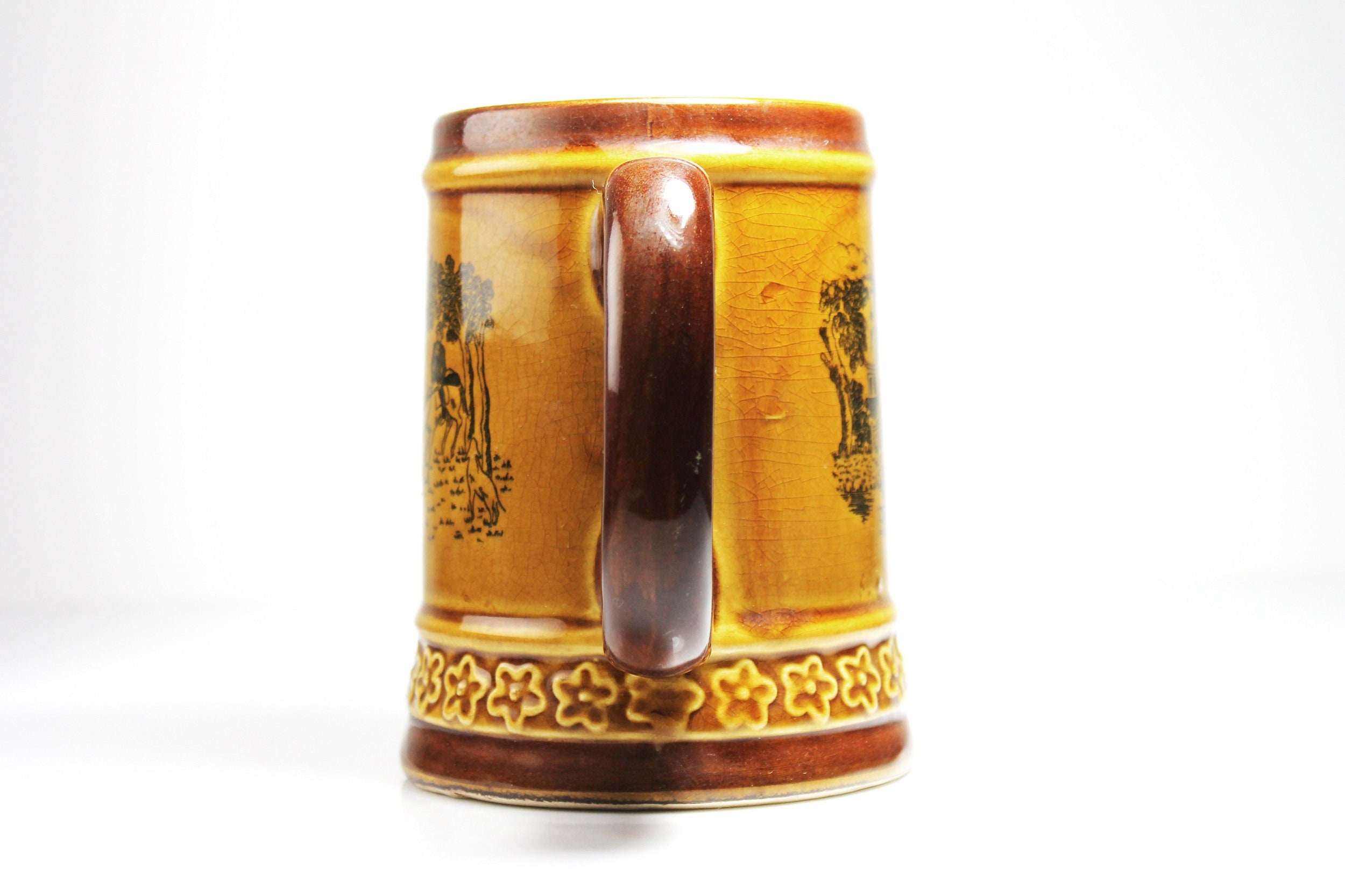 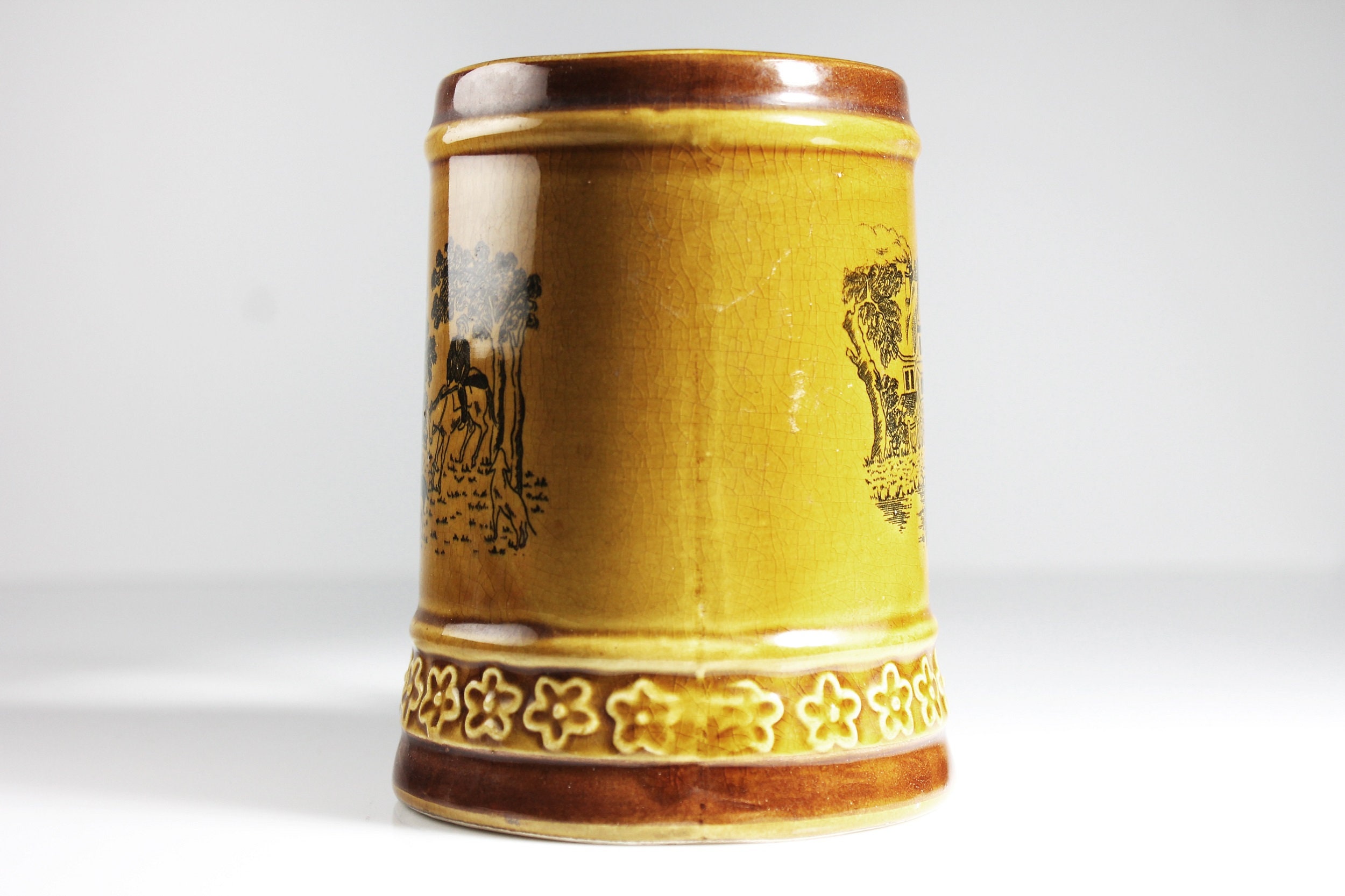 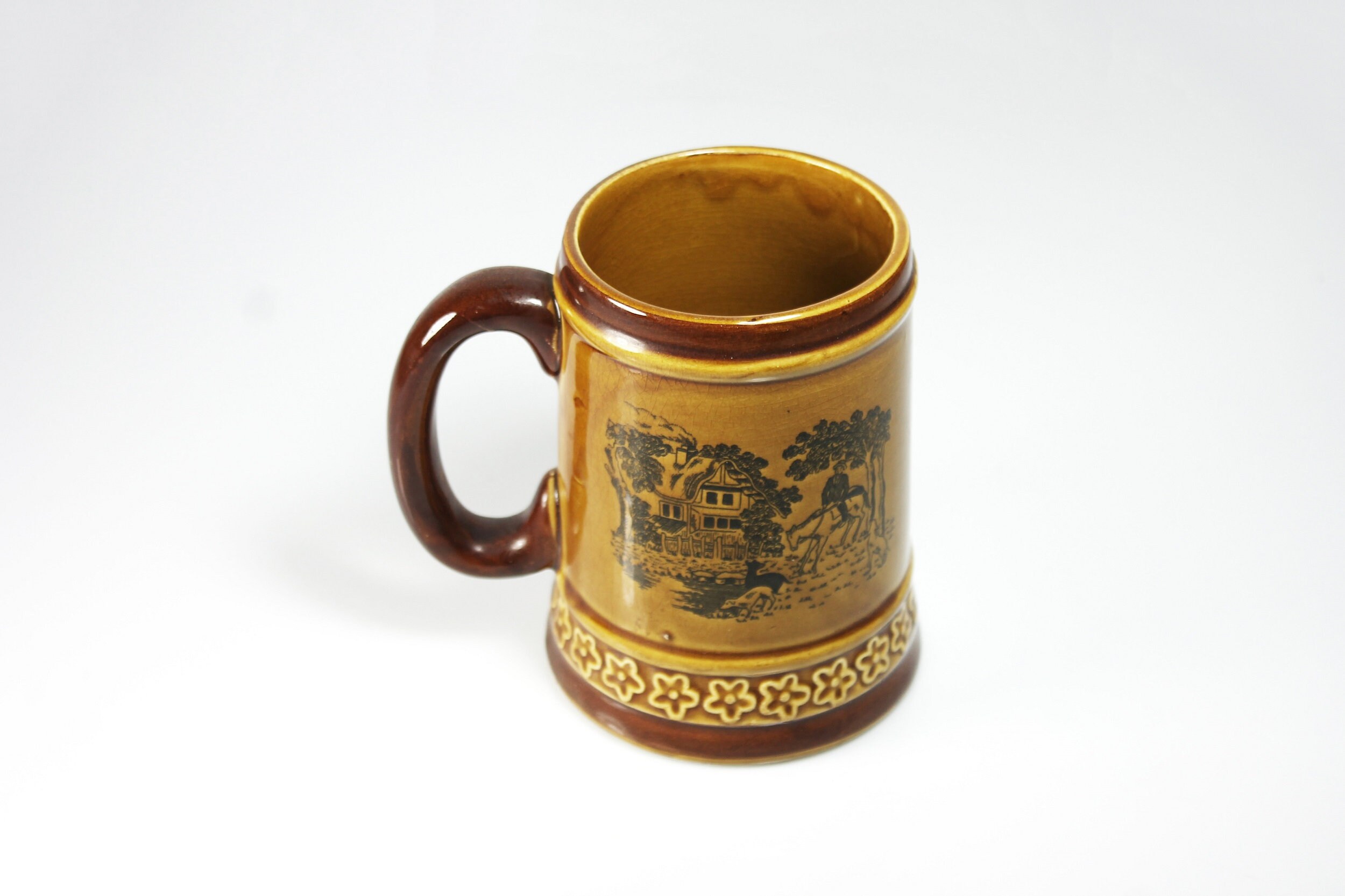 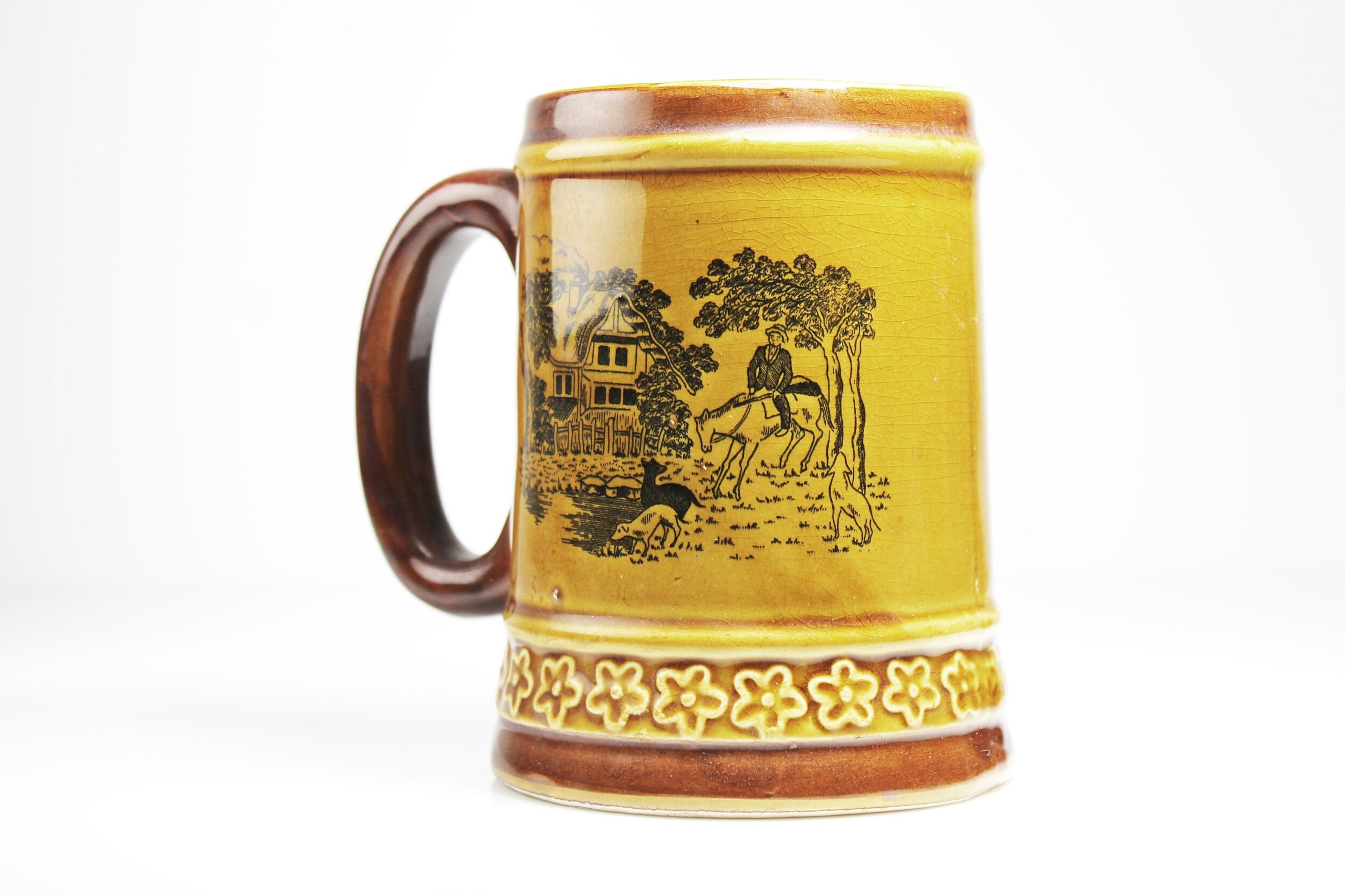 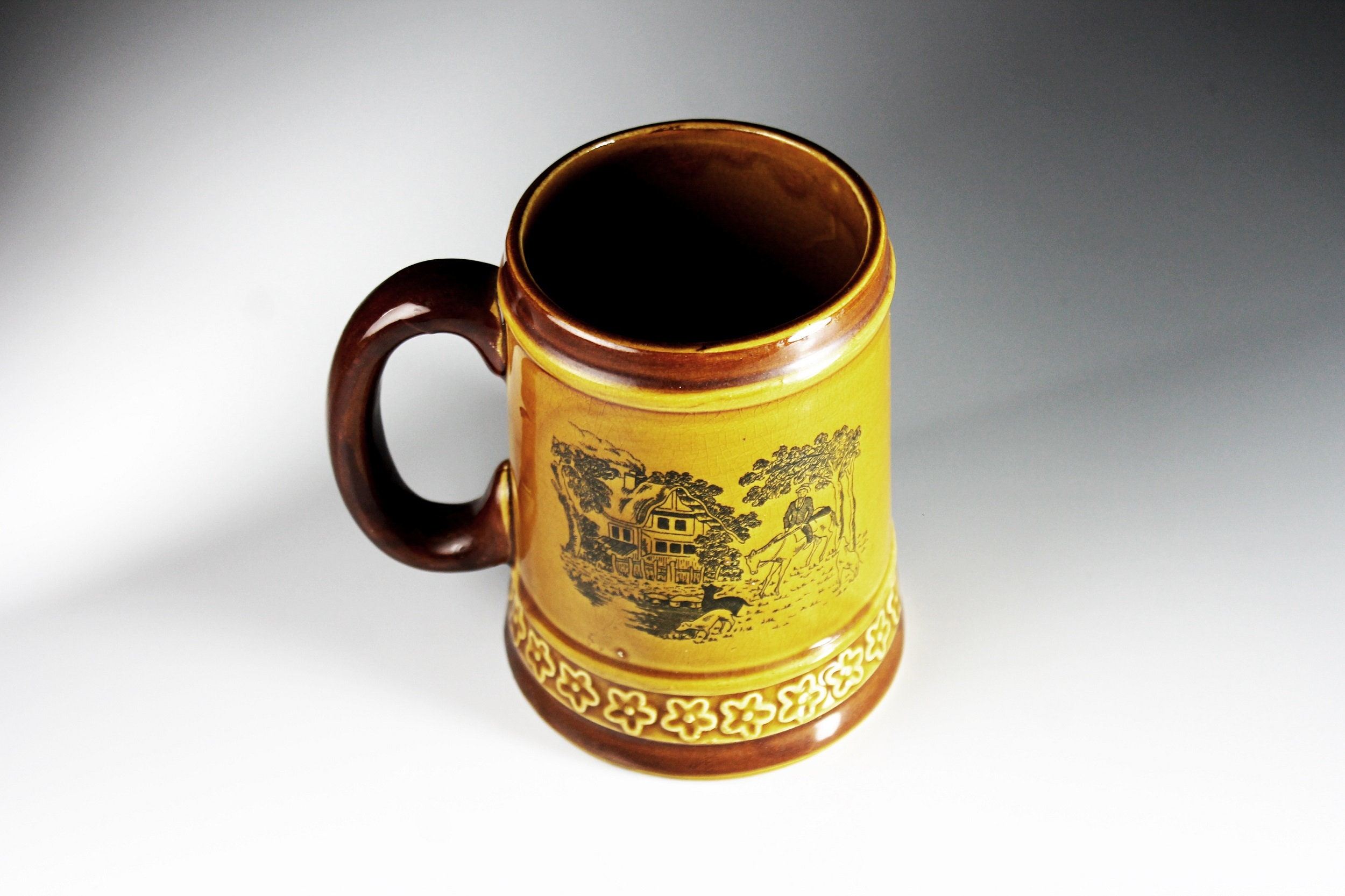 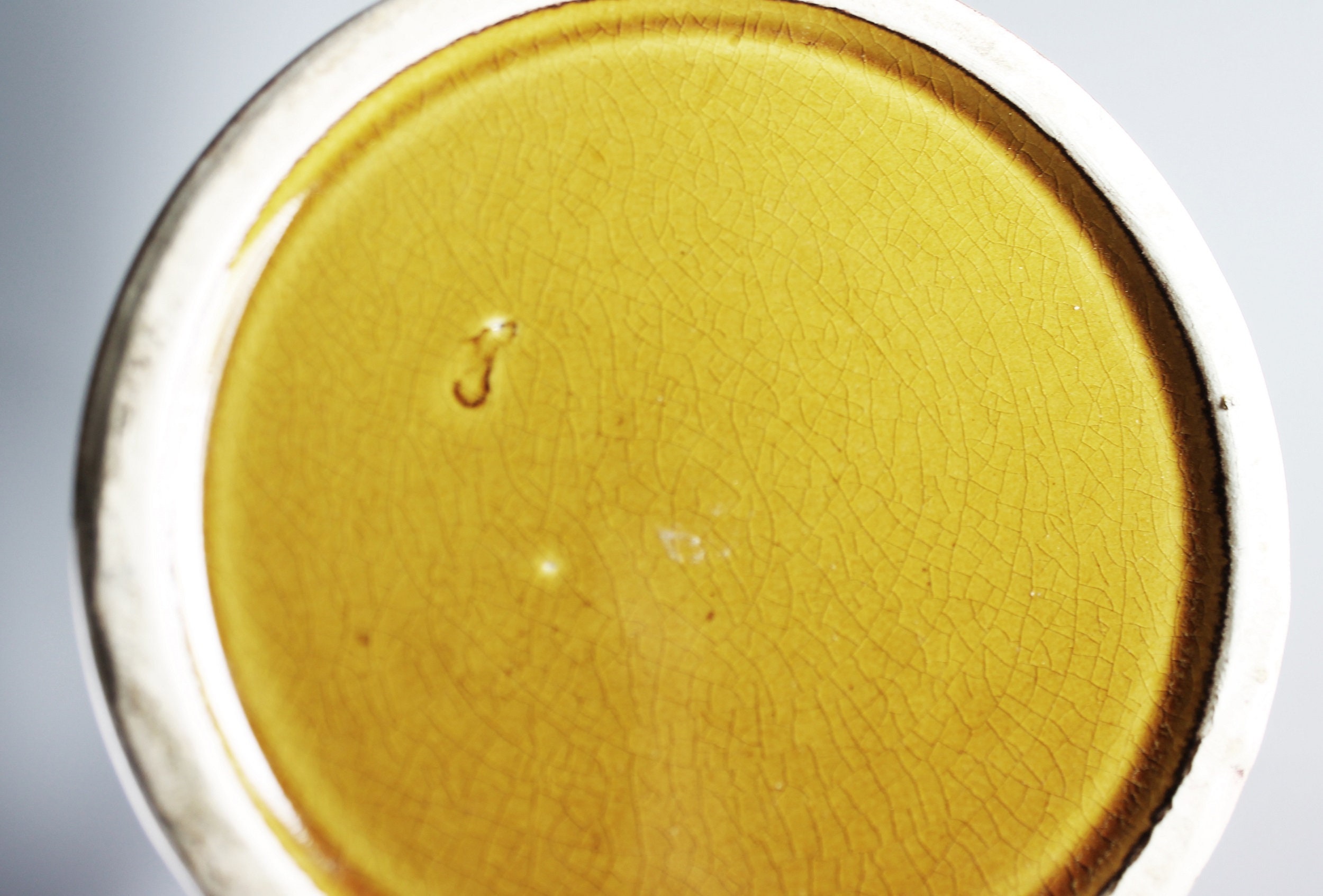 A charming Lord Nelson beer stein made in England. The stein features a scene of a man riding a horse by a tree with two dogs and a house in the background. The back design is the same as the front. This would be a great gift idea. Perfect decor for a home bar or man cave. The stein is not marked, however, collectors should take note that early products were NOT marked

Elijah Cotton Ltd. was founded in 1885 and operated out of the Nelson Pottery factory in Hanley, Stoke-on-Trent, Staffordshire. The factory was built on the site of a much older factory dating from 1785. The Lord Nelson Ware trademark was produced from 1913 but the actual term did not appear until the late-1940s or early-1950s.
During the late-nineteenth and early-twentieth centuries, Elijah Cotton Ltd. was one of the premier manufacturers in Stoke-on-Trent, which, because of the city’s prominent ceramic industry, was widely known as The Potteries.
Lord Nelson Ware was an extremely popular brand of pottery in the early-twentieth century and continued to be produced until 1981. However as mentioned above, collectors should take note that early products were NOT marked.

This stein is in excellent condition. It has no chips or cracks. The stein does have a fair amount of crazing due to age which adds character. This dates from the early 1900s.

It would make a great gift idea!