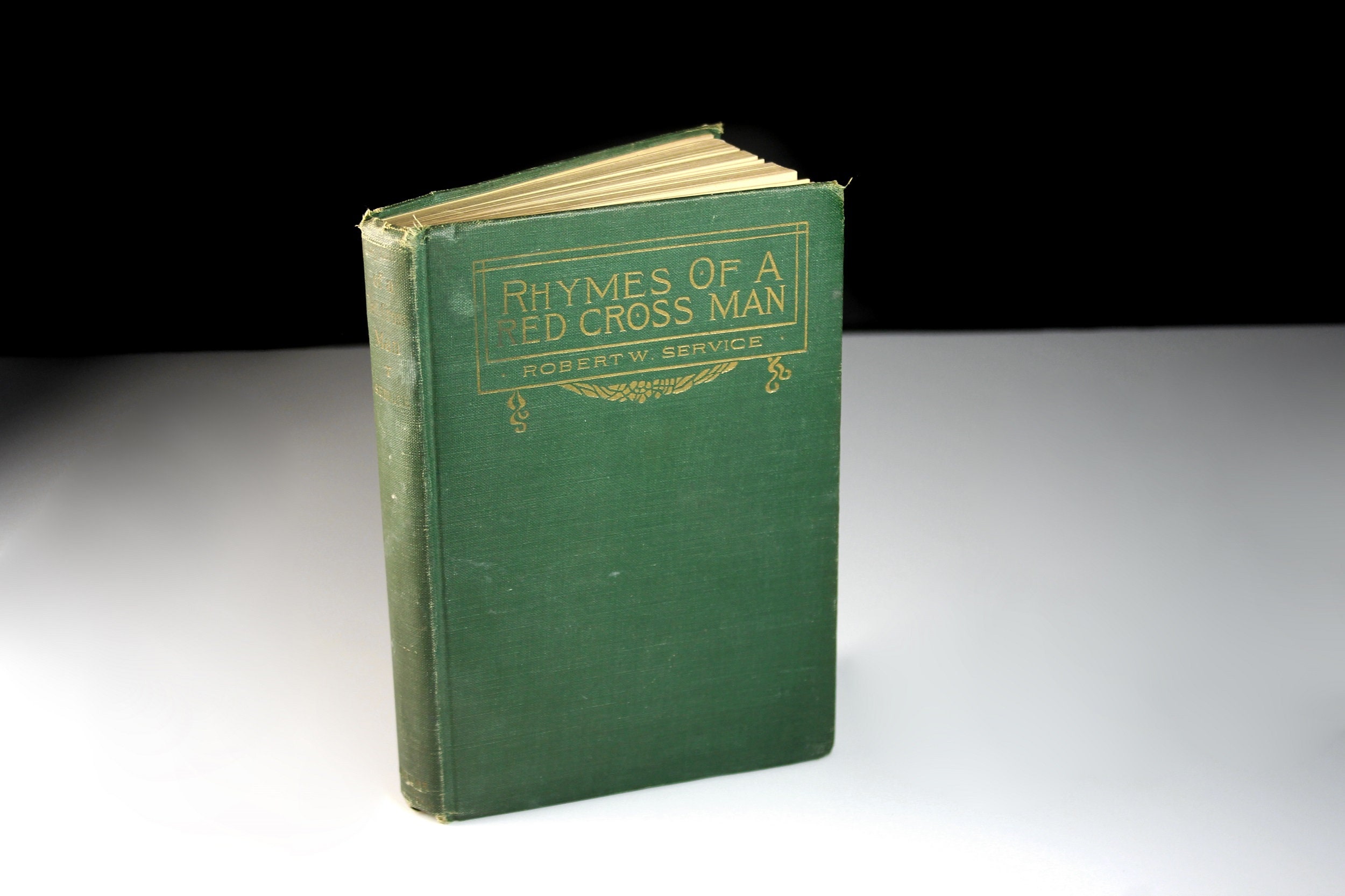 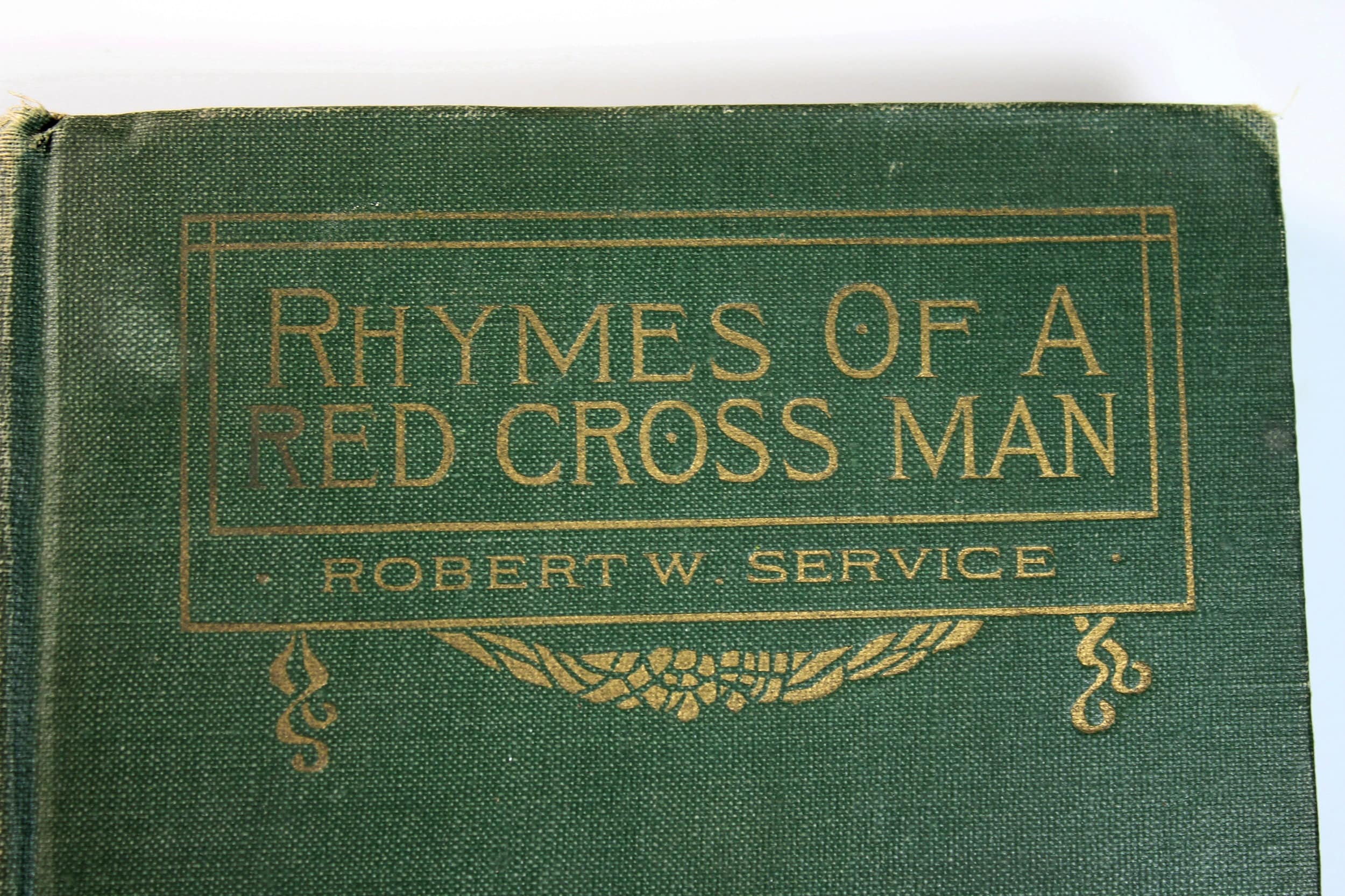 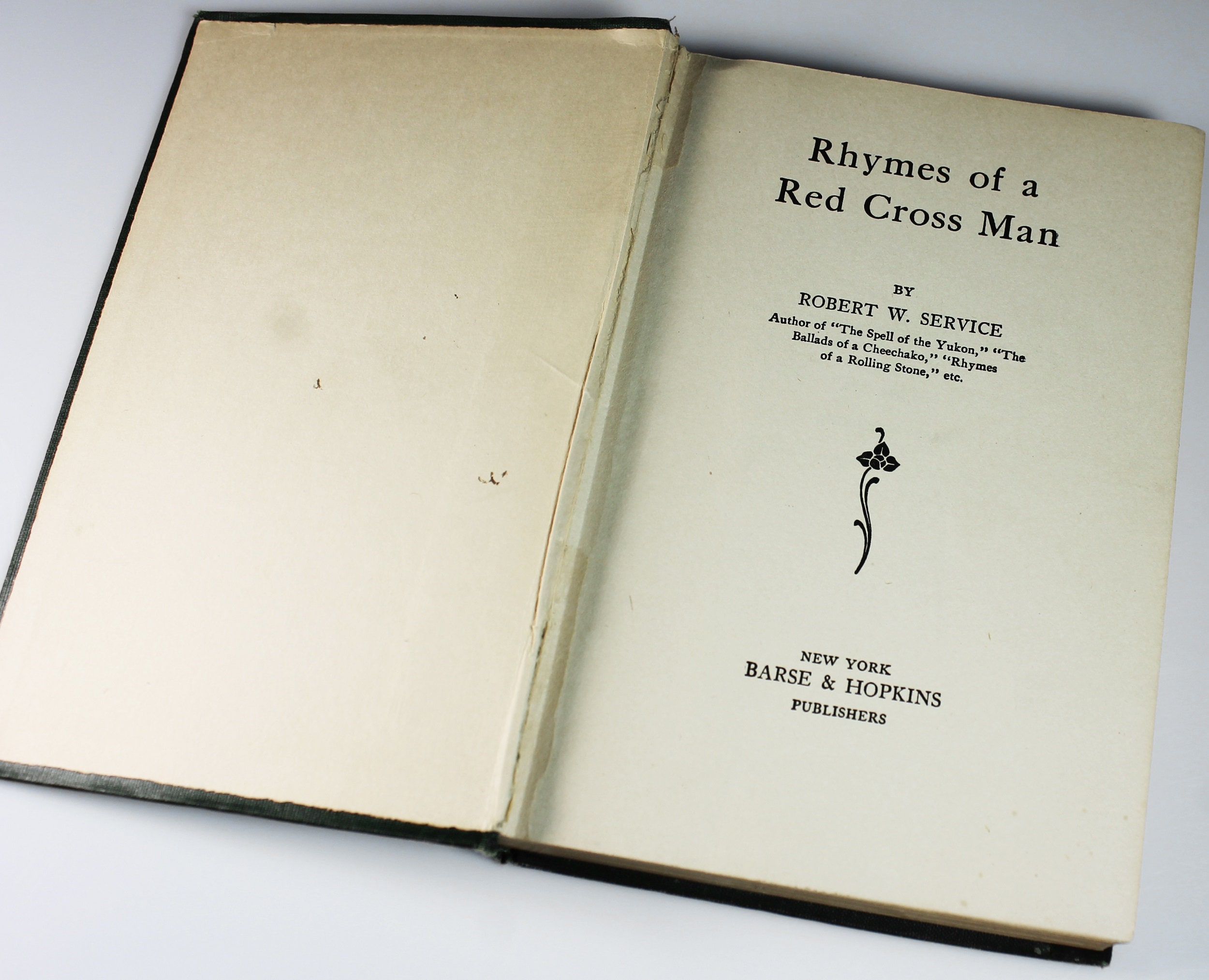 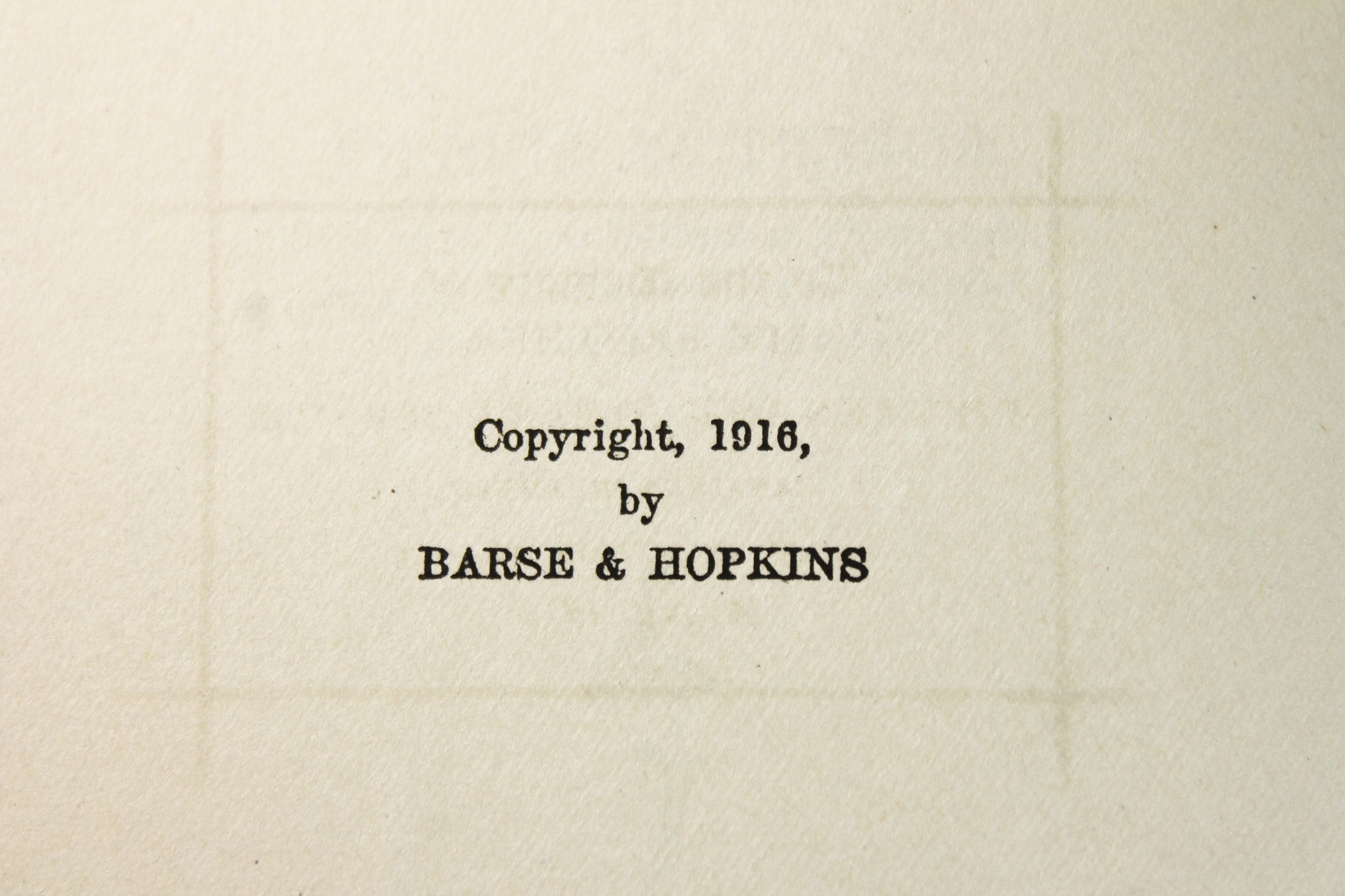 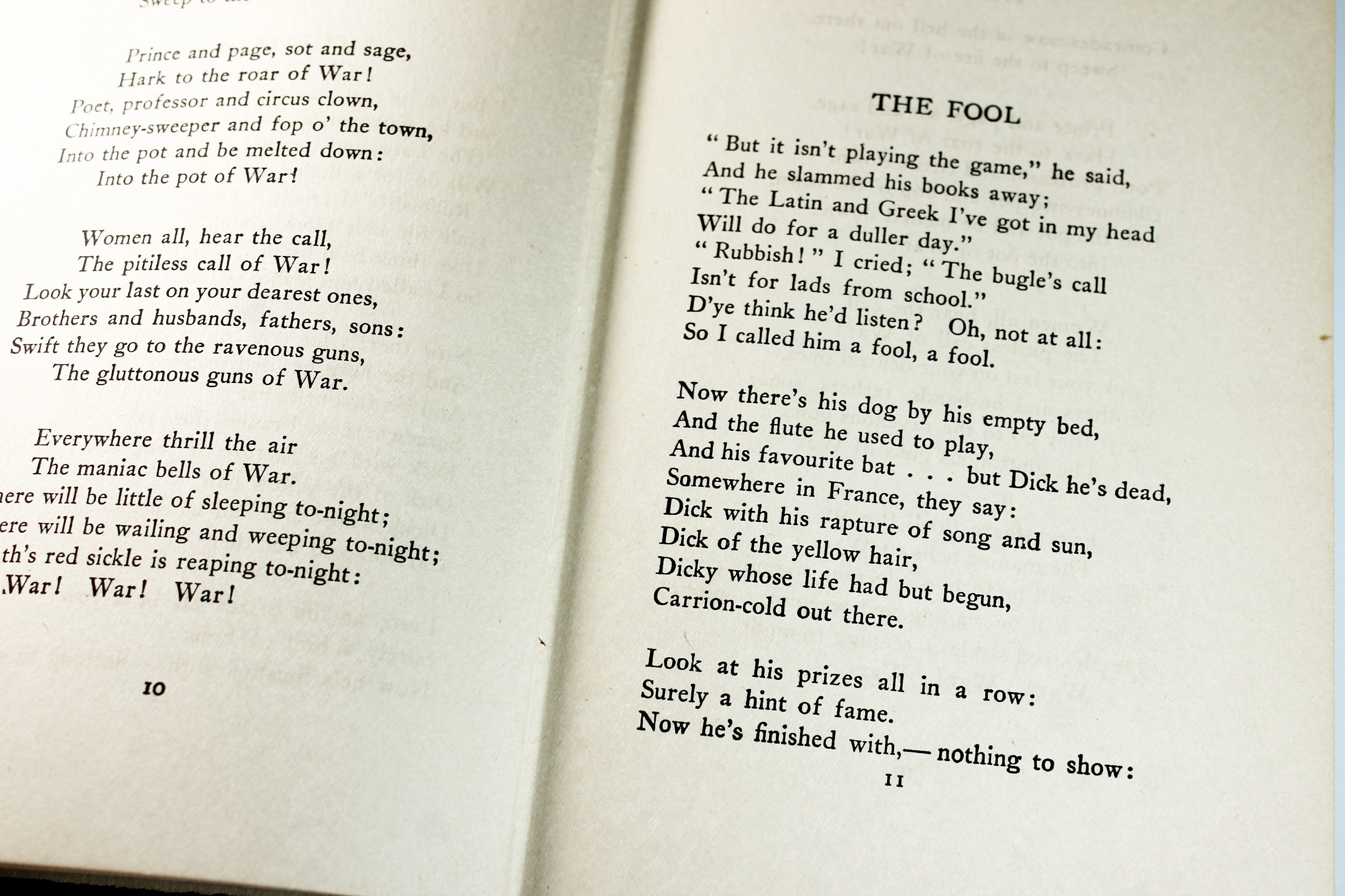 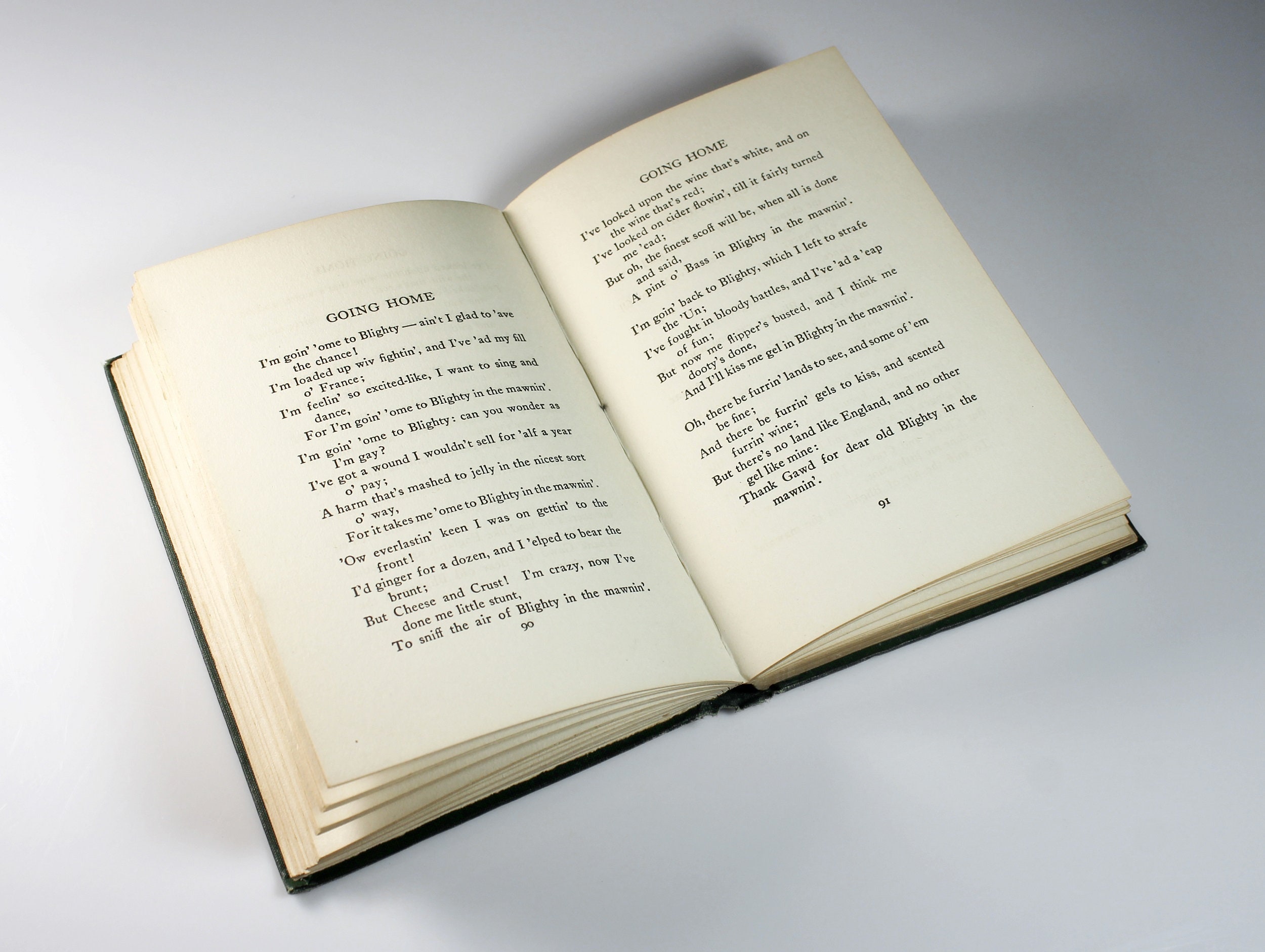 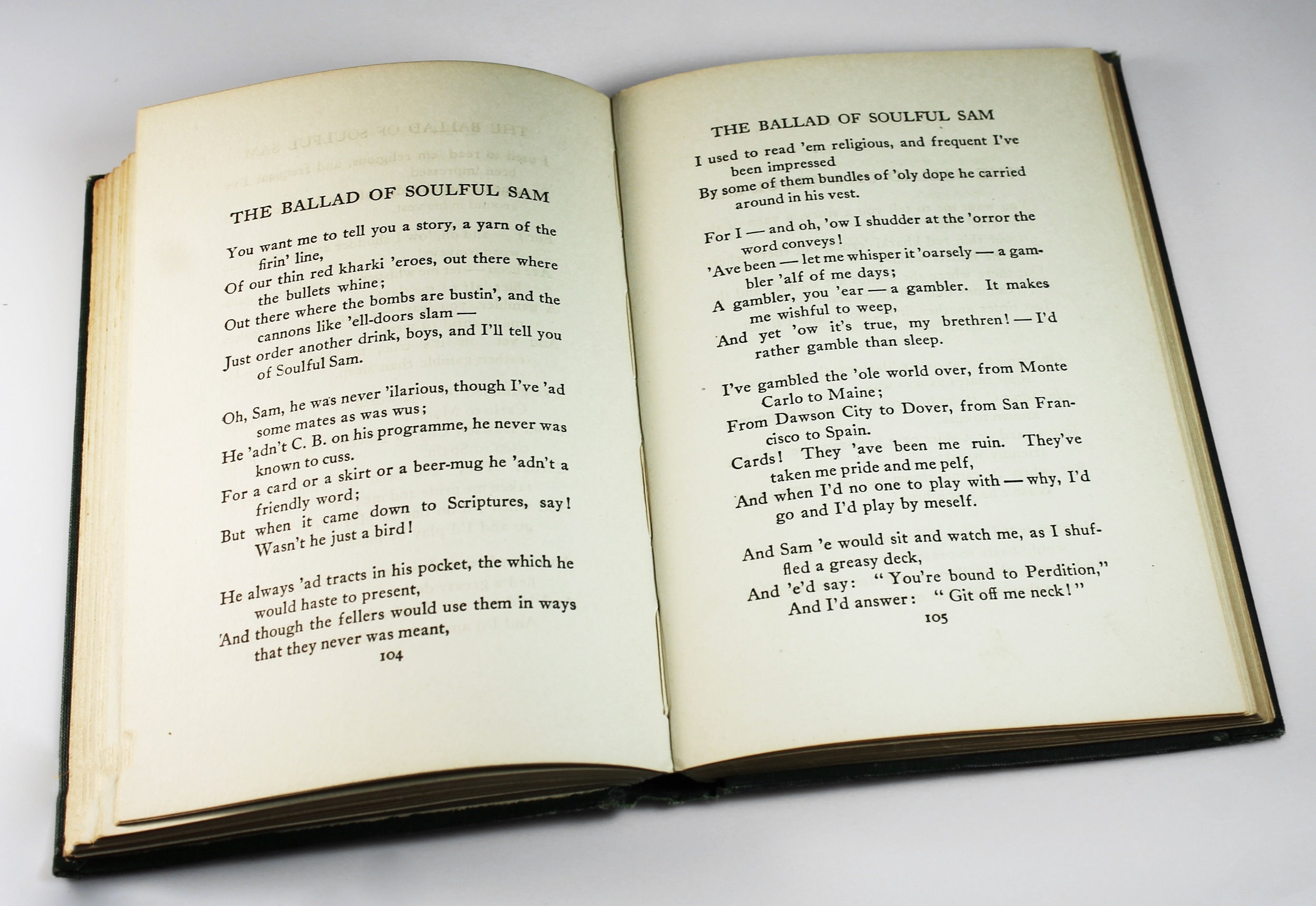 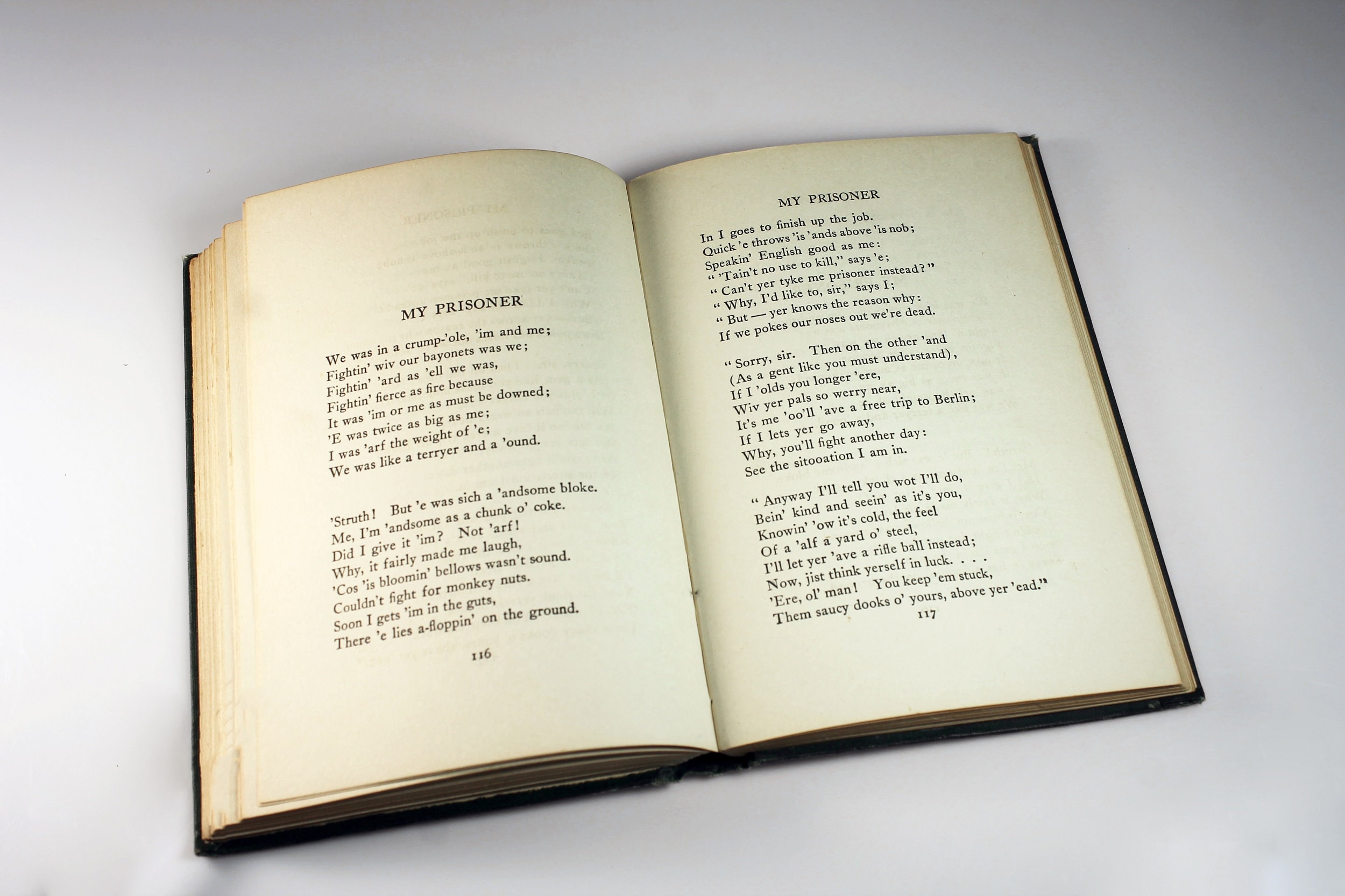 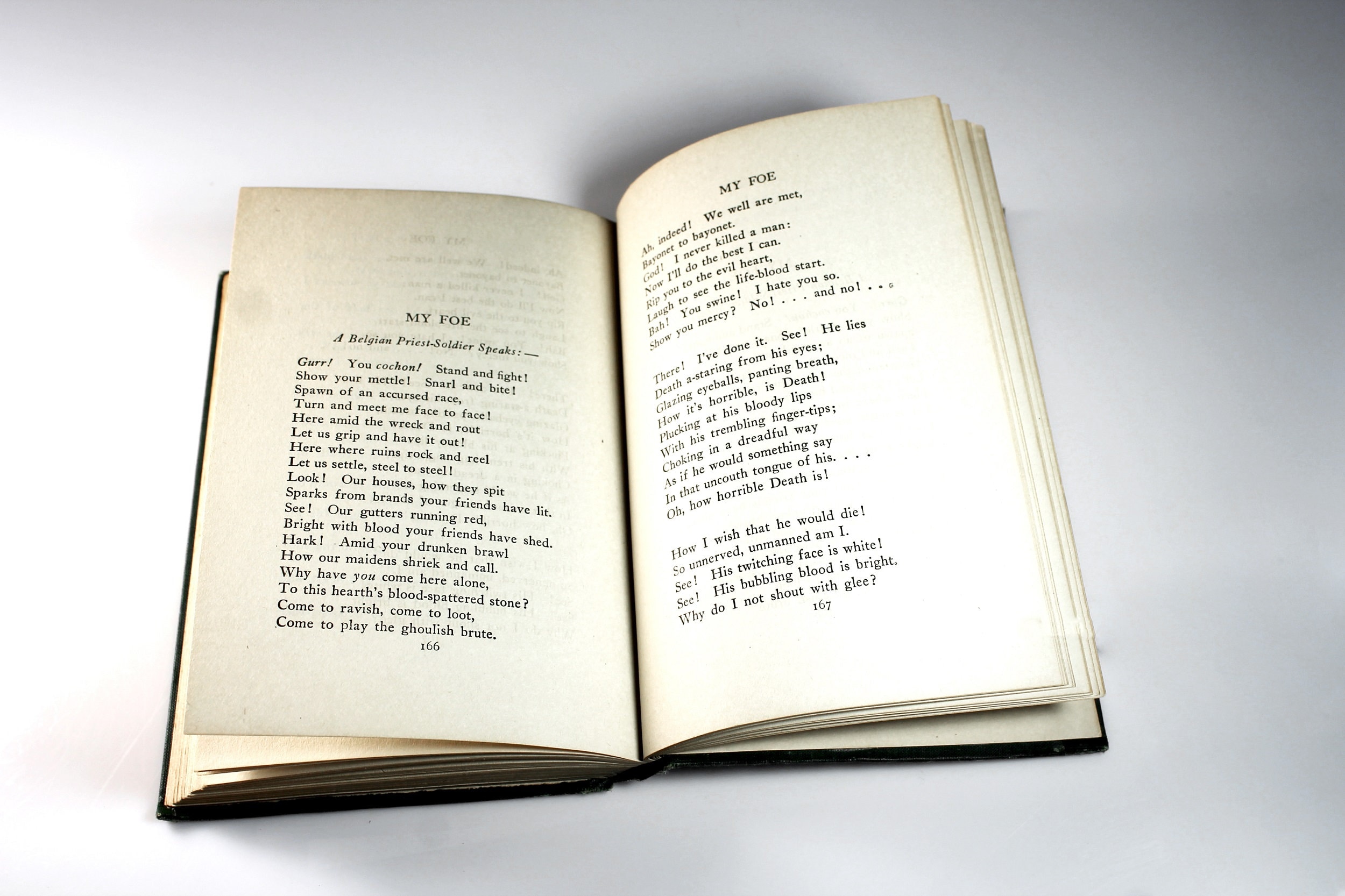 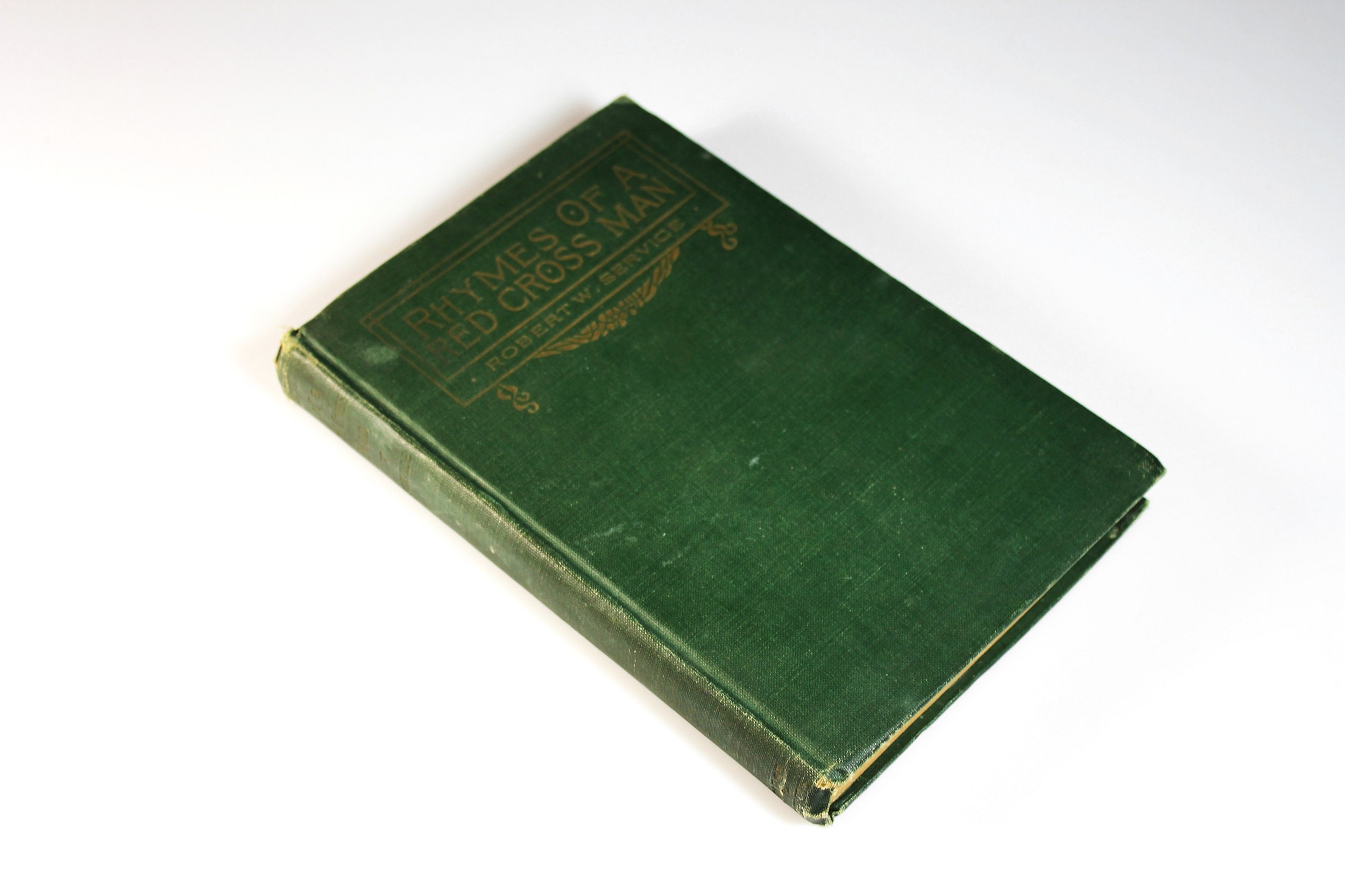 During the First World War (1914-18) the Red Cross movement and its work for the sick and wounded in wartime entered the popular realm, popping up in plays, novels, poems, sketches, and other cultural products. Robert Service’s 1916 volume of poetry The Rhymes of a Red Cross Man is one of the best known examples of this phenomenon. British-born Robert W. Service was a phenomenally successful poet of the early twentieth century. He spent more than a decade and a half living on Canada’s West Coast, and made his name and his fortune with his 1907 collection of poetry, Songs of a Sourdough, which centered around the Klondike gold rush. When the First World War began he was 41 years old and too old to enlist in the military. Instead, he worked as a war correspondent for the Toronto Star for a month and a half, then served for several months as a stretcher bearer for an American Red Cross ambulance corps in France. This experience of the Western Front – first observing, then retrieving the wounded – gave Service powerful insights into the realities of trench warfare. While convalescing from an injury he sustained as a stretcher bearer, he turned these insights into a new book of verse. Service’s war poems were not about Red Cross work, but rather about the kinds of people, emotions, and situations that he encountered while he worked for the American Red Cross. Some are stirring calls to carry on in the face of adversity, while others portray gritty aspects of trench conditions and modern warfare.

This book is in very good condition. There is wear on the edges and covers. The binding is tight. The pages are yellowed but this is to be expected considering the age of this book, it is 105 years old. There is no writing in the book. The book has some staining on the front cover.