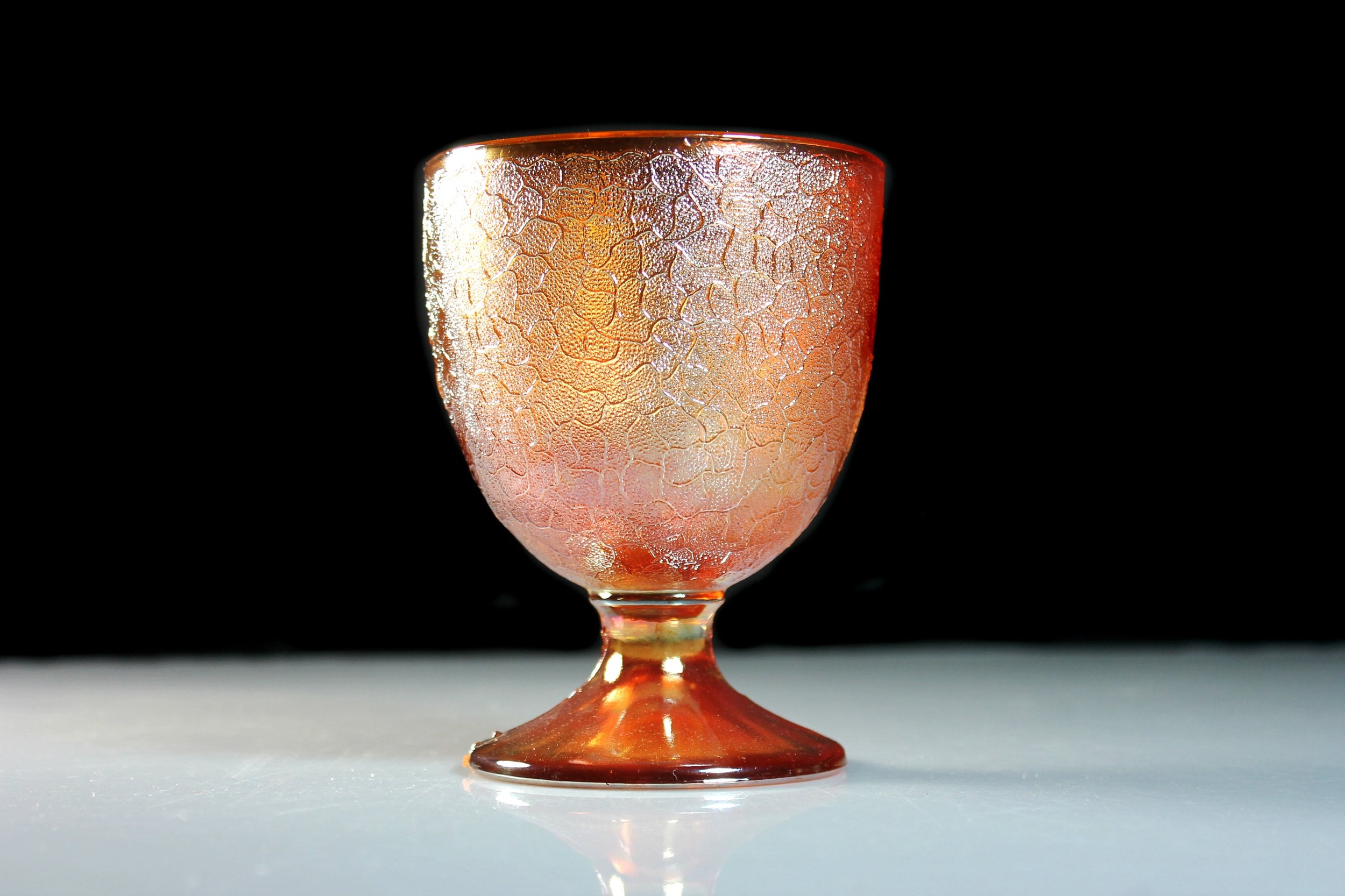 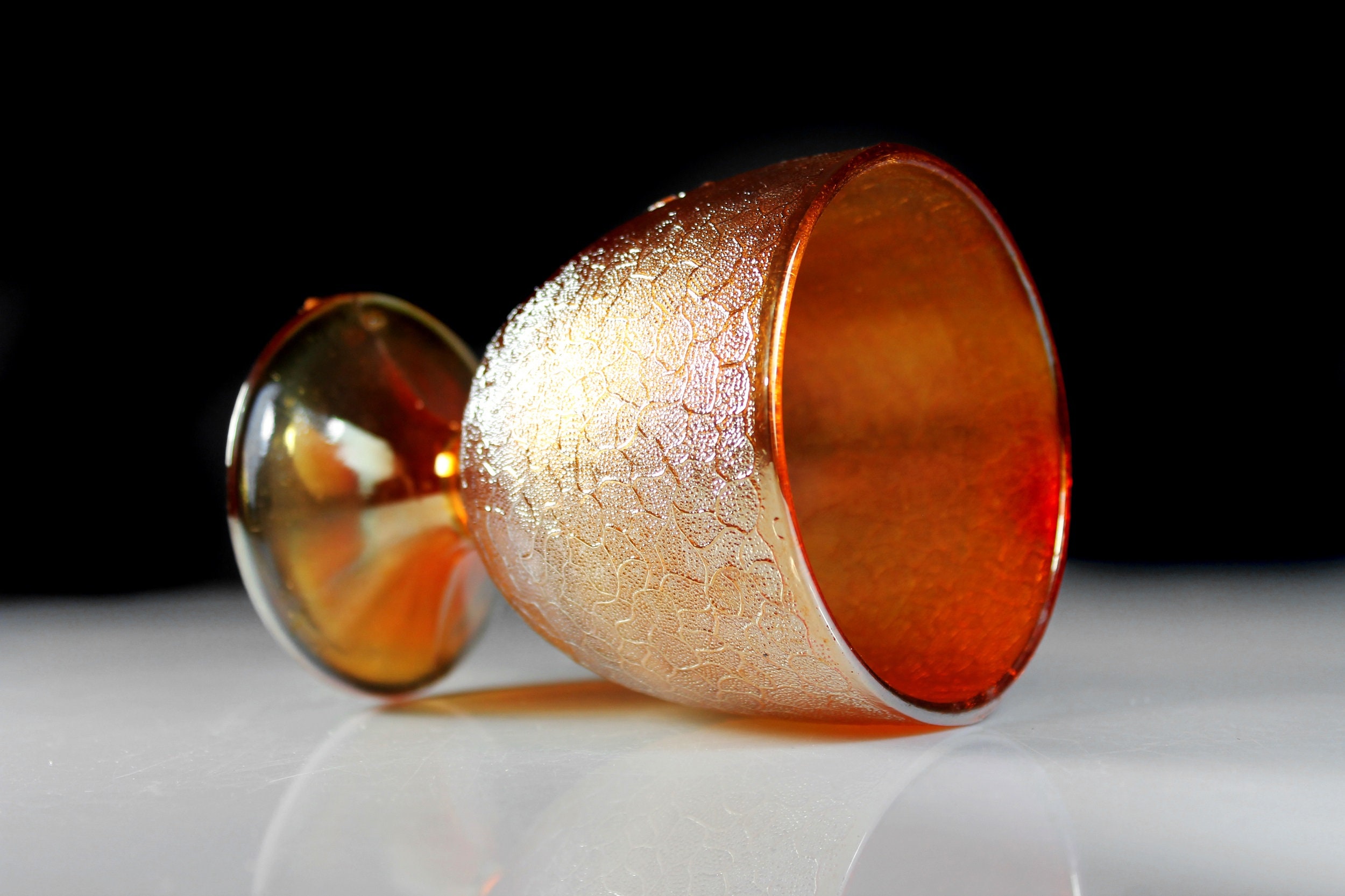 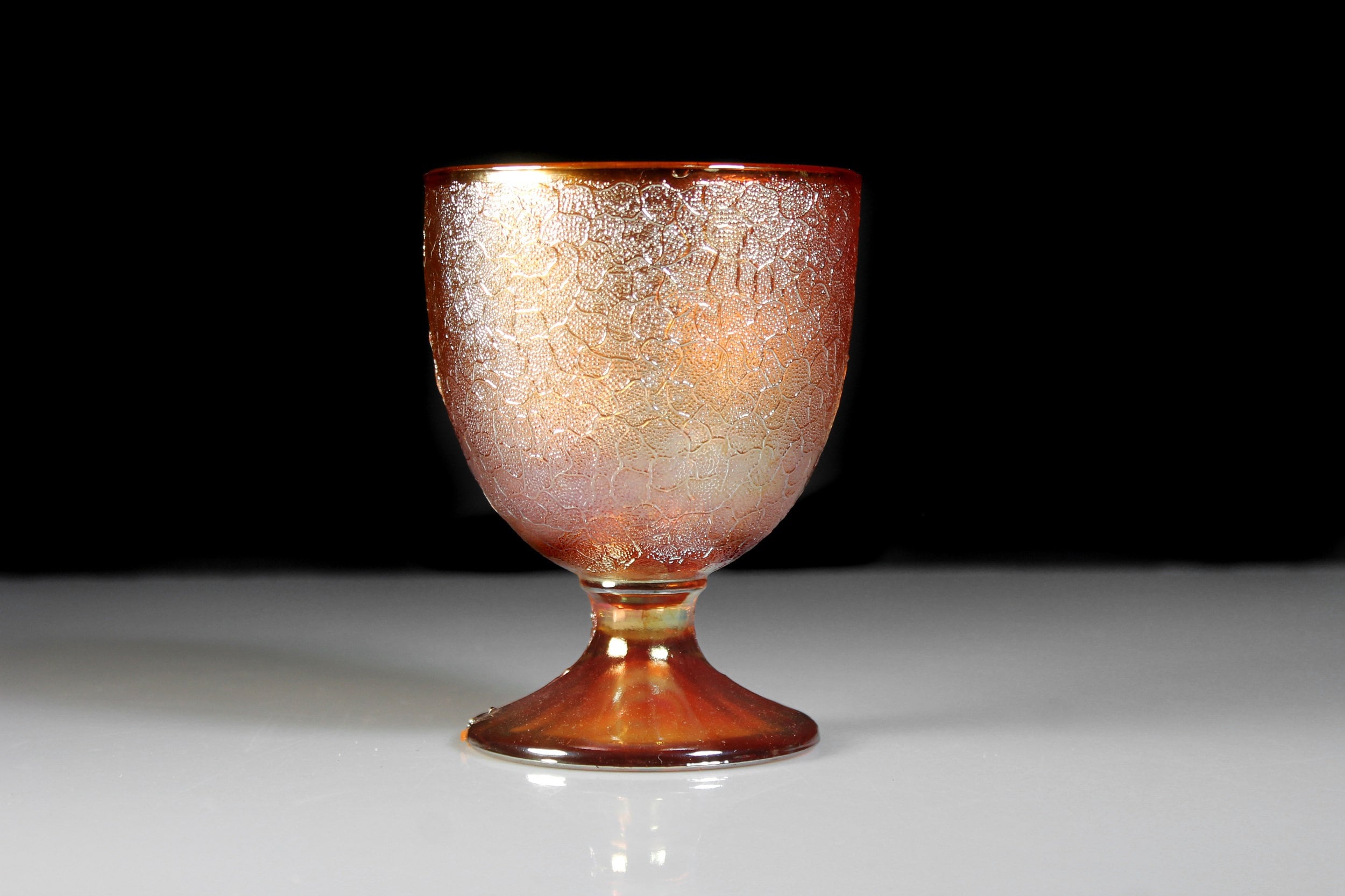 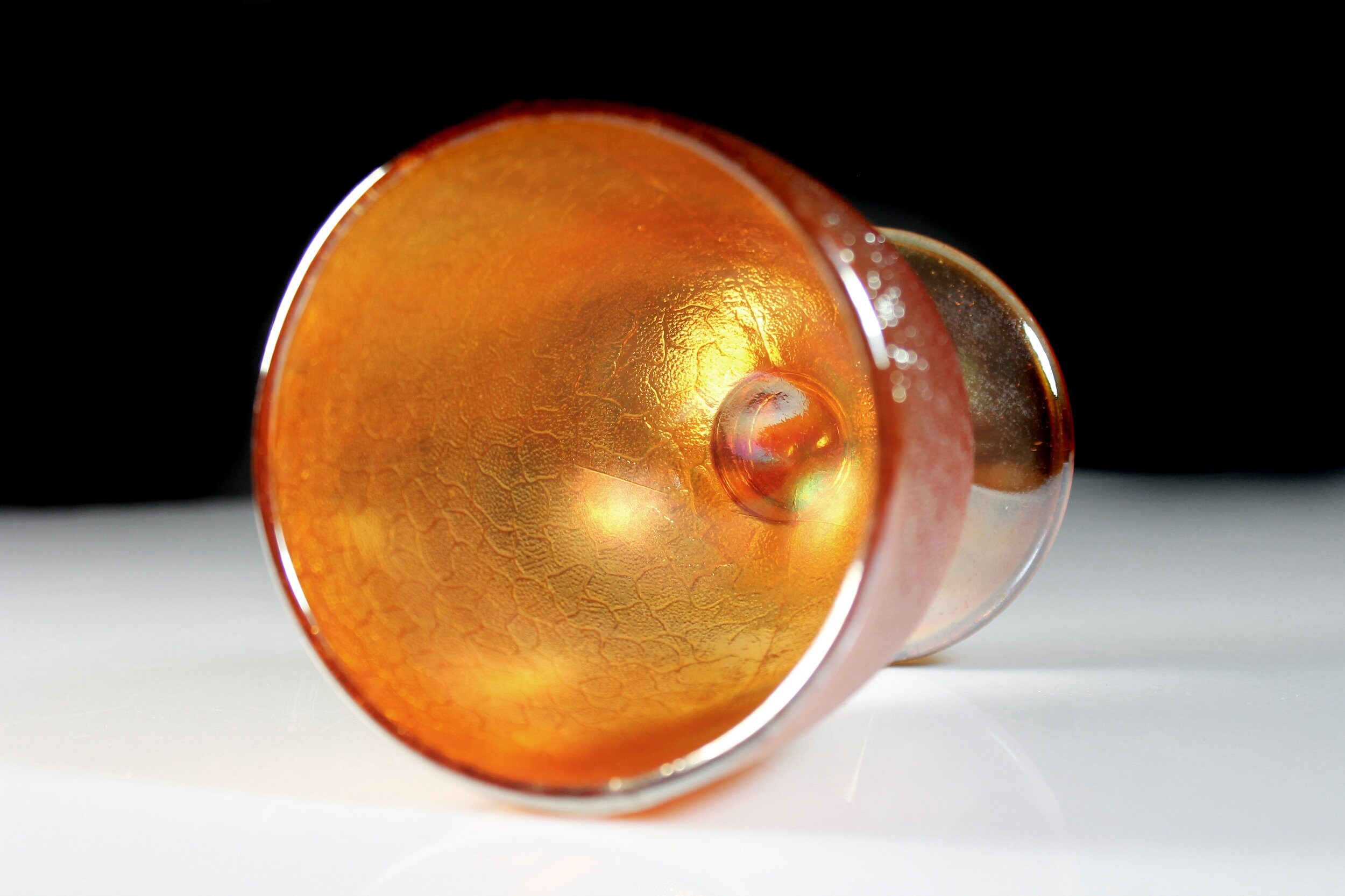 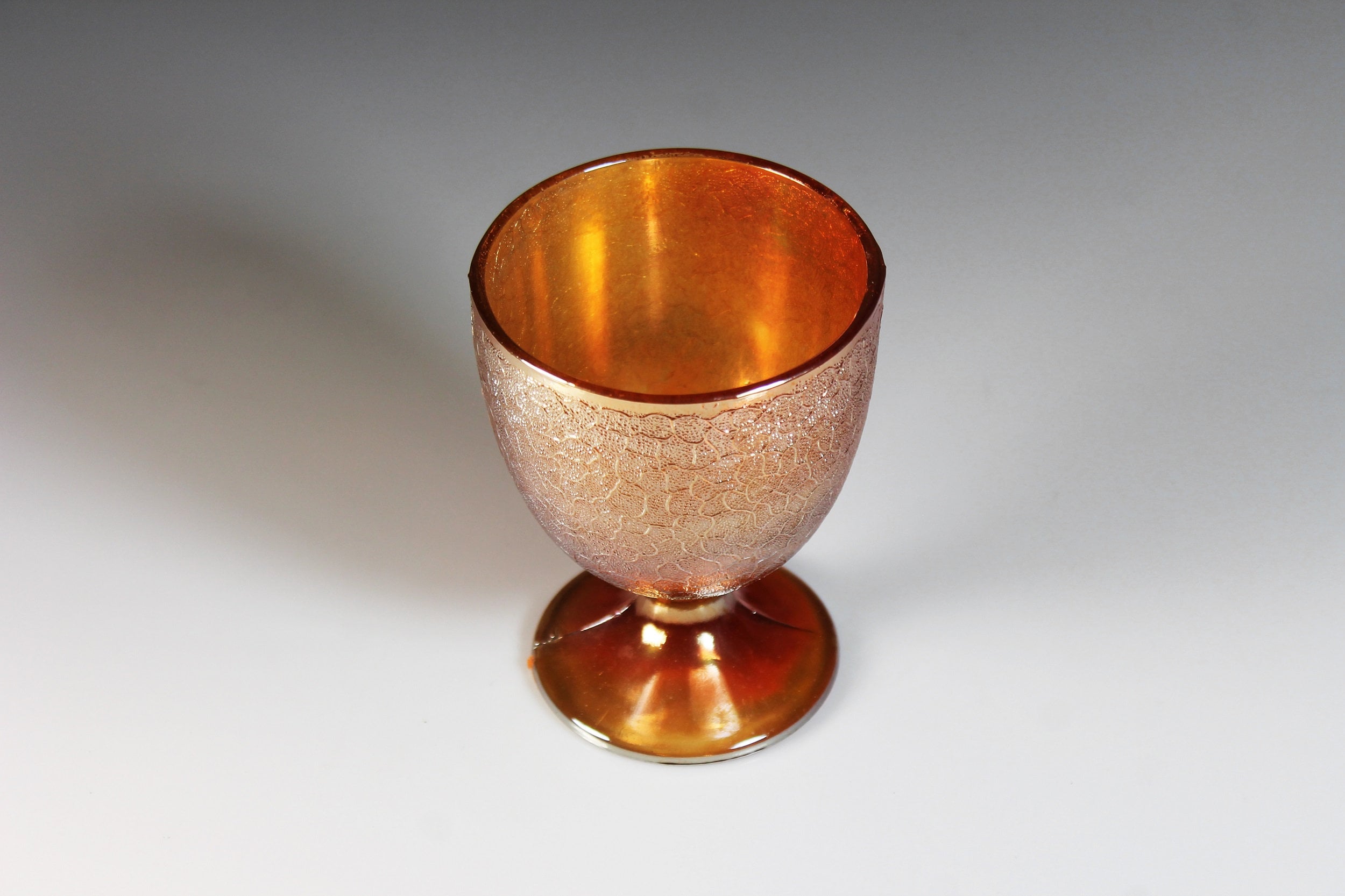 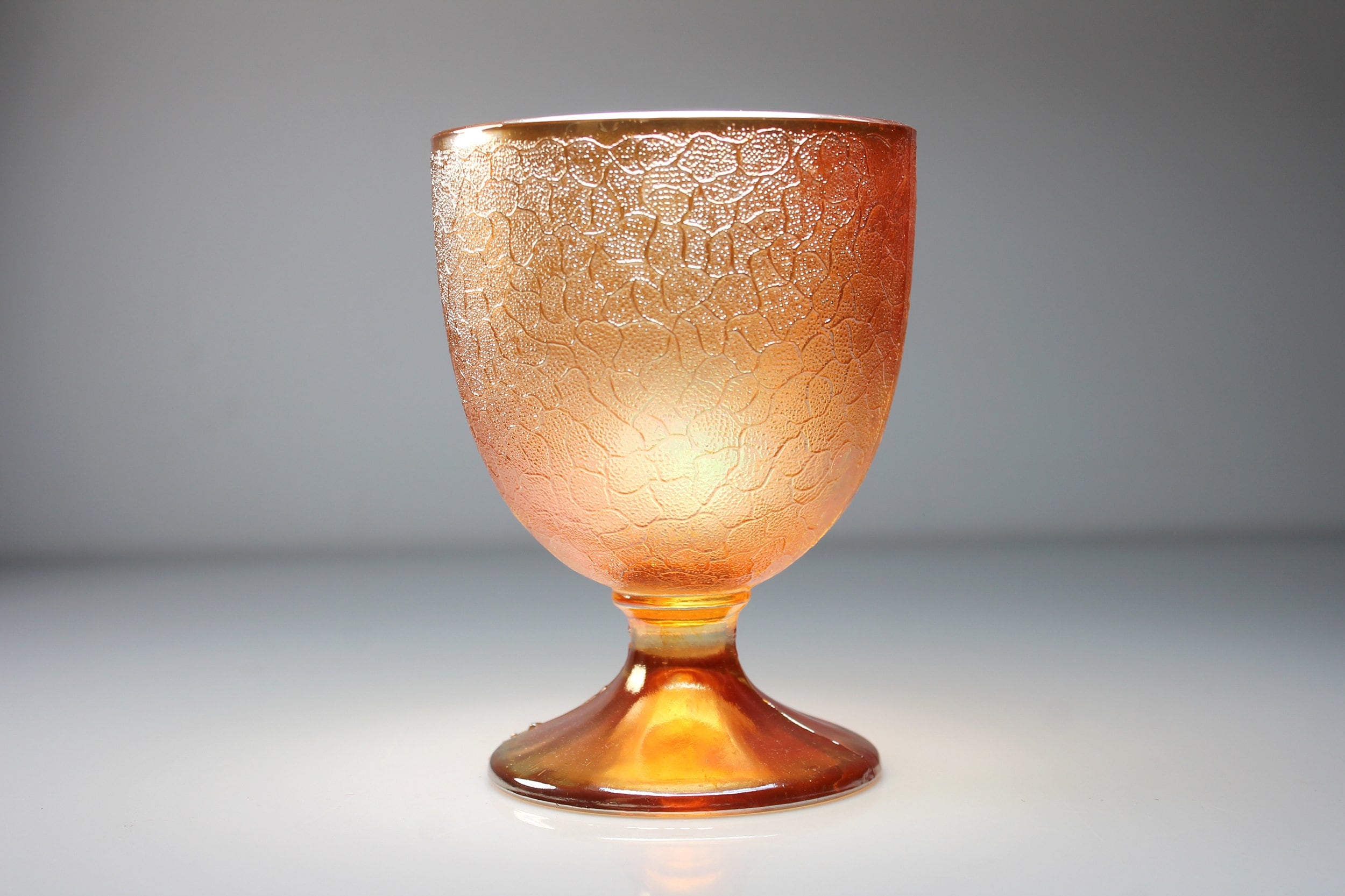 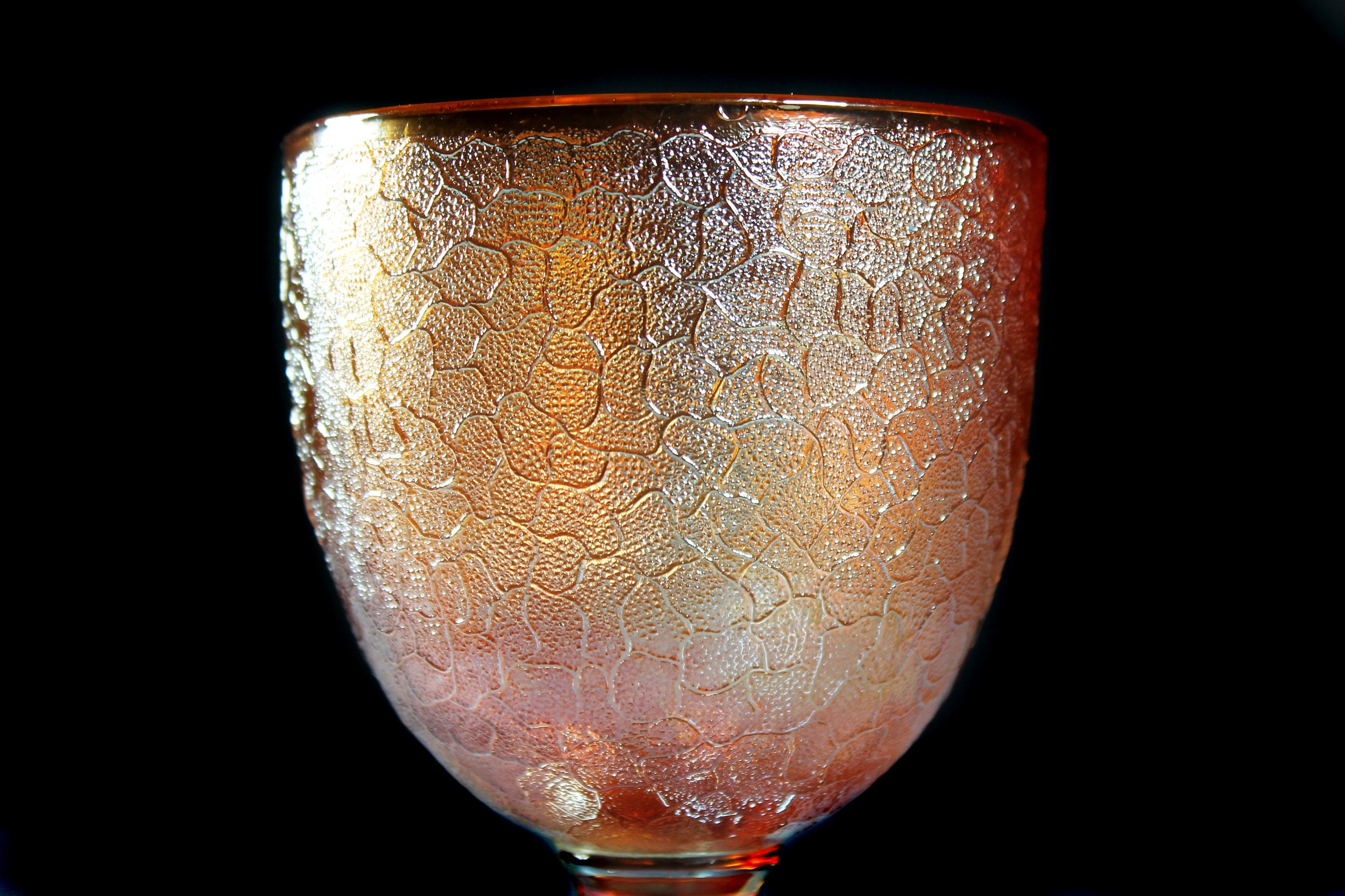 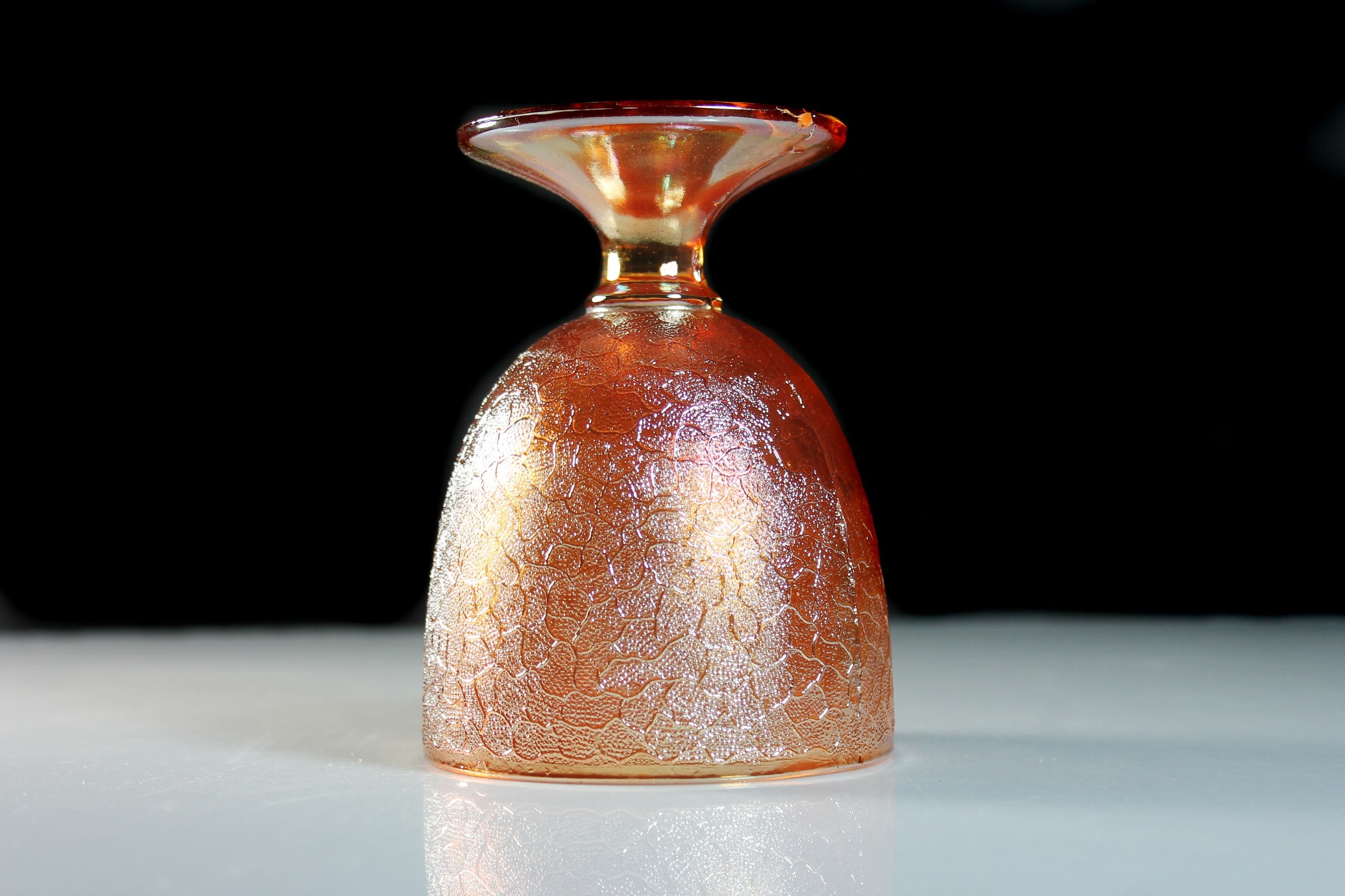 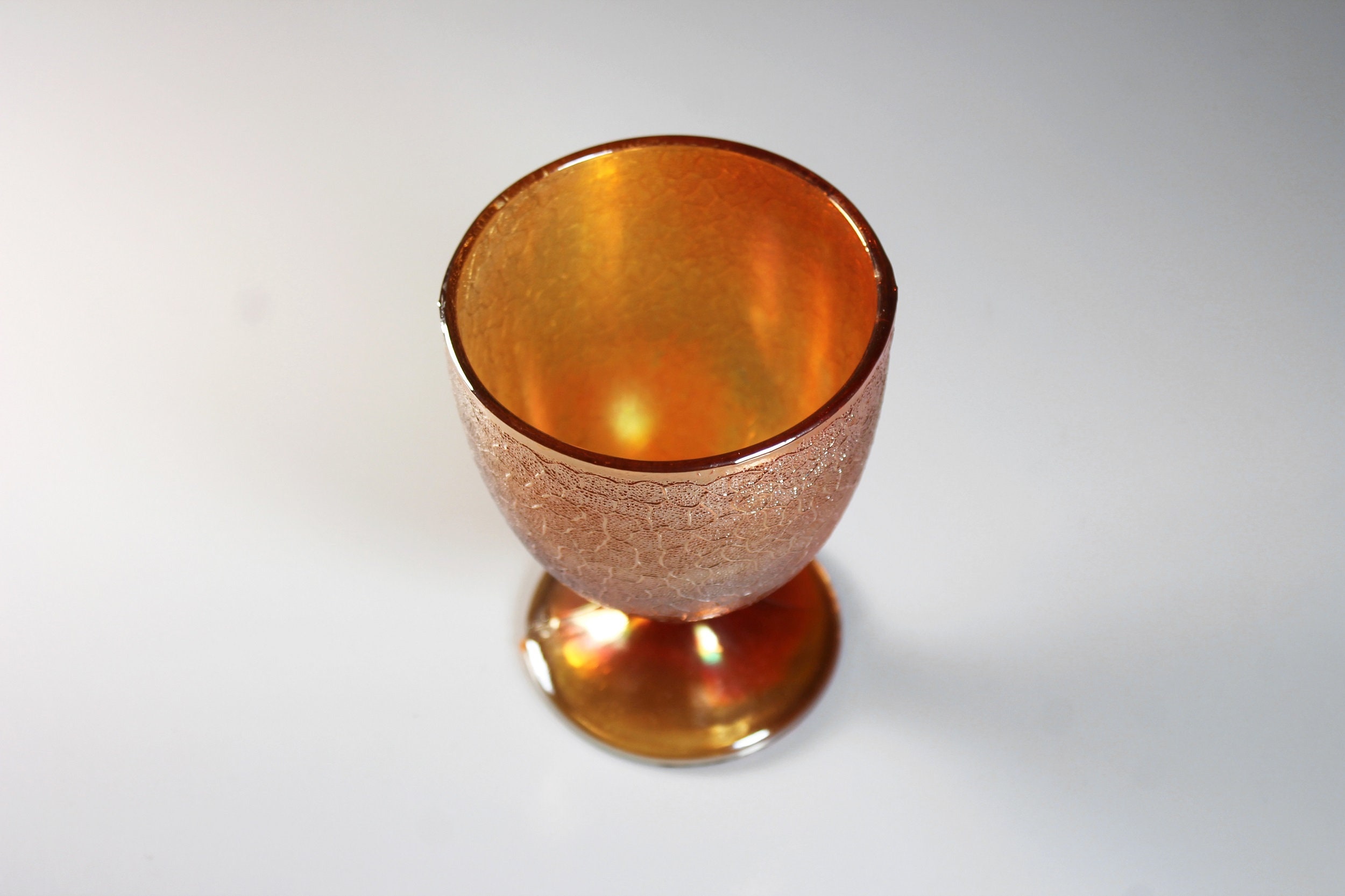 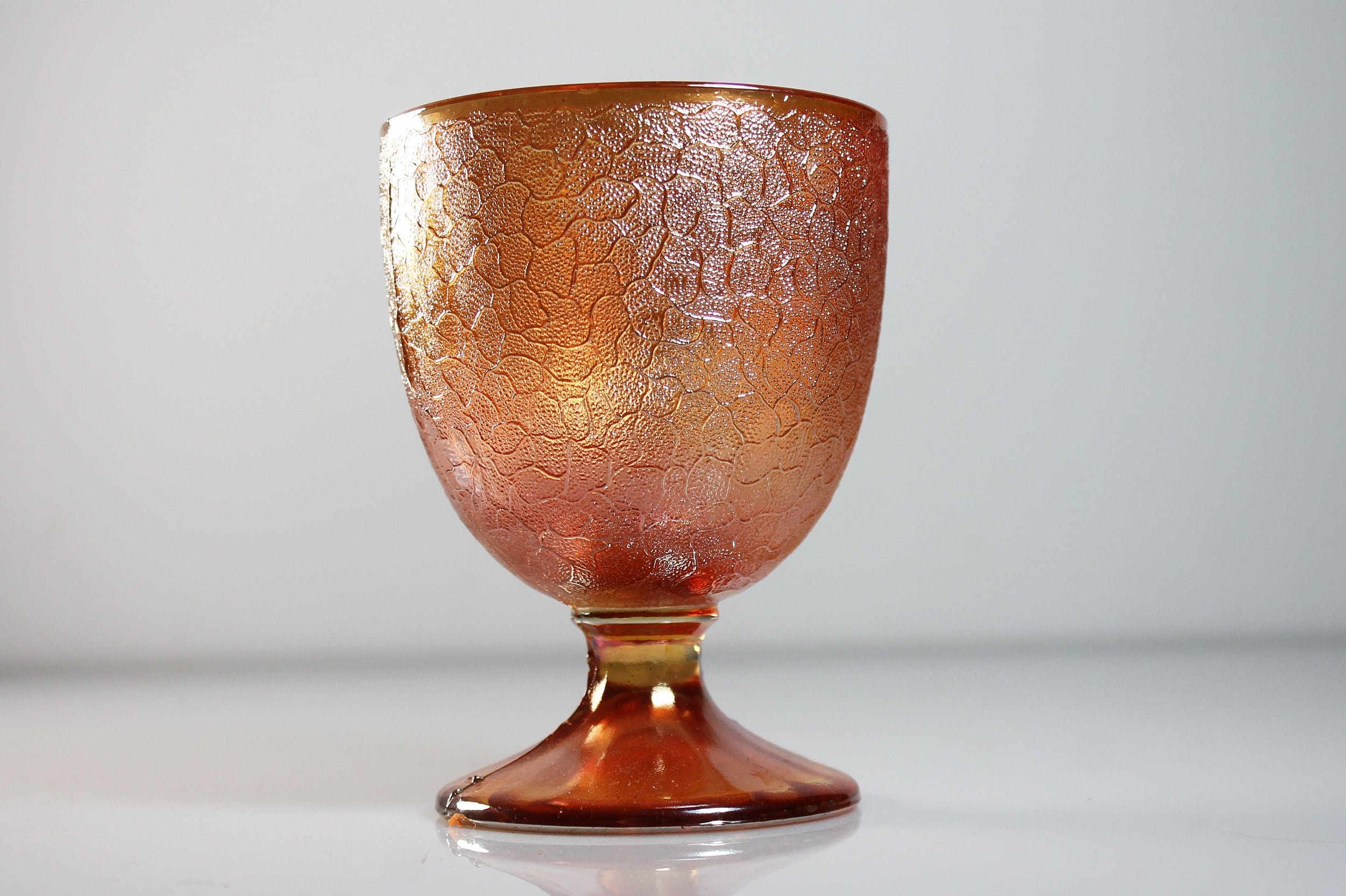 A wonderful carnival glass goblet by Imperial Glass. (Carnival glass is pressed glass with mineral or metallic salts added during the manufacturing process to create the iridescent rainbow of colors it comes in). This pattern is called Marigold Crackle. It is actually a candy dish without it's lid. Would make a great goblet for iced tea, lemonade, wines, or sangrias. It could be also used as a candy dish or even a planter. A goblet with lots of possibilities.

In 1901, J. N. Vance founded the New Crystal Glass Company in Bellaire, Ohio, with the help of Edward Muhleman. By December of that year, the company’s name had changed to Imperial Glass Company. From 1904 to 1909, Imperial targeted mass consumers with glassware items like tumblers, as well as jelly jars and lamp shades. Many of these items were imitations of cut glass, known as near-cut. Imperial took its next step toward success in 1909 when it introduced its first line of carnival glass. Its first color of carnival glass was Rubigold (known today as Marigold), and the line became Imperial’s most popular until it was discontinued in the late 1920s.

This goblet is in excellent condition. There are no chips or cracks. As a candy dish it is missing it's top and our price reflects that.